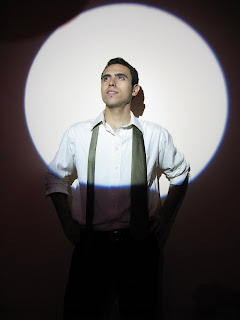 People mix up Marcos' name quite often. He says that in seventh grade as a newcomer to the United States, his teachers at school would consistently call him Carlos, even if he had corrected them two minutes earlier. And he still gets it all the time.

Once we stumbled upon a Carlos Prieto online... as we were minding our own business, looking through the police reports for Utah County. Now, Marcos' really doesn't want to be mistaken.

After our fishing outing a week or two ago, Drew told us the following story. Since we had been fishing at his classmate's parent's place, his classmate approached him at school the next day and told him about a phone call she had received from her mother. Apparently, after talking briefly with Marcos during our fishing expedition, the mother had called her daughter and said, "You missed Carlos! He was here". Not knowing that Drew had taken any friends along to fish, the girl replied, "Mom, his name is Drew, not Carlos". To which her mother answered, "No! Drew's friend, Carlos! You missed him. He was here, and he is a HUNK".

We'll let it slip this time, Ma'am, because your description of him was so accurate.
Posted by Metta at 9:11 AM