I think that because Gigi was so verbal so early and Orion started walking at 9 months, we just assumed that he would be the "physical" one and she would be the "verbal" one.  Well, so much for finding a simple way to summarize the kids.  Orion, at 19 months, is really starting to communicate.  With communication come so many opinions to negotiate, but it is also so much fun.

Orion has a favorite knock knock joke that he made up.  It goes like this.

Orion: Knock knock.
Anybody: Who's there?
Orion: Wow wow (how he says "dog")
Anybody: Wow wow who?
Orion: Car. 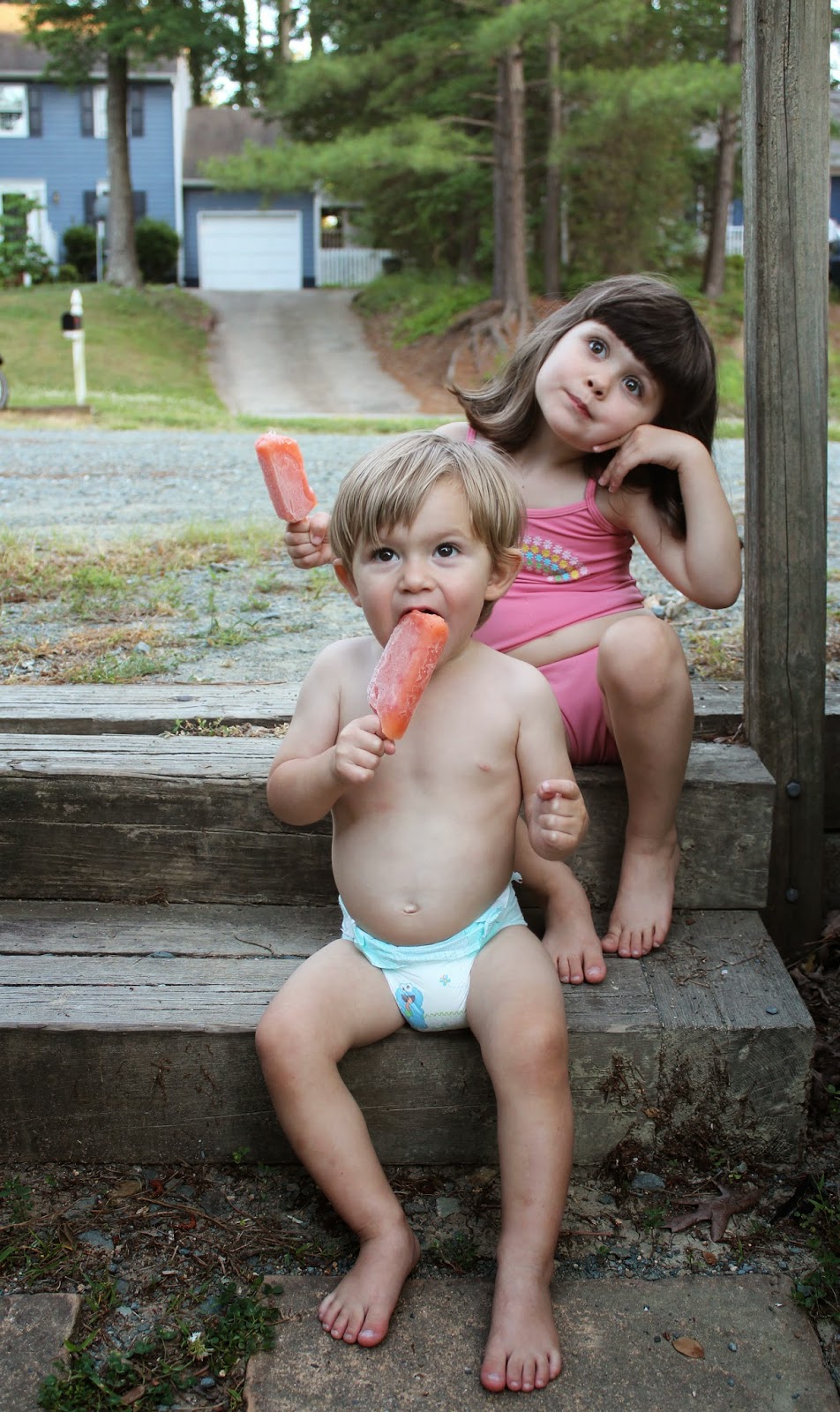 Orion is also starting to put things together, like "noise... loud", or "big truck".  Last week we took the kids to a pool with a twisty slide into the pool, and after getting dunked on the way down he kept pointing to the slide, saying, "I don't wannit, slide". 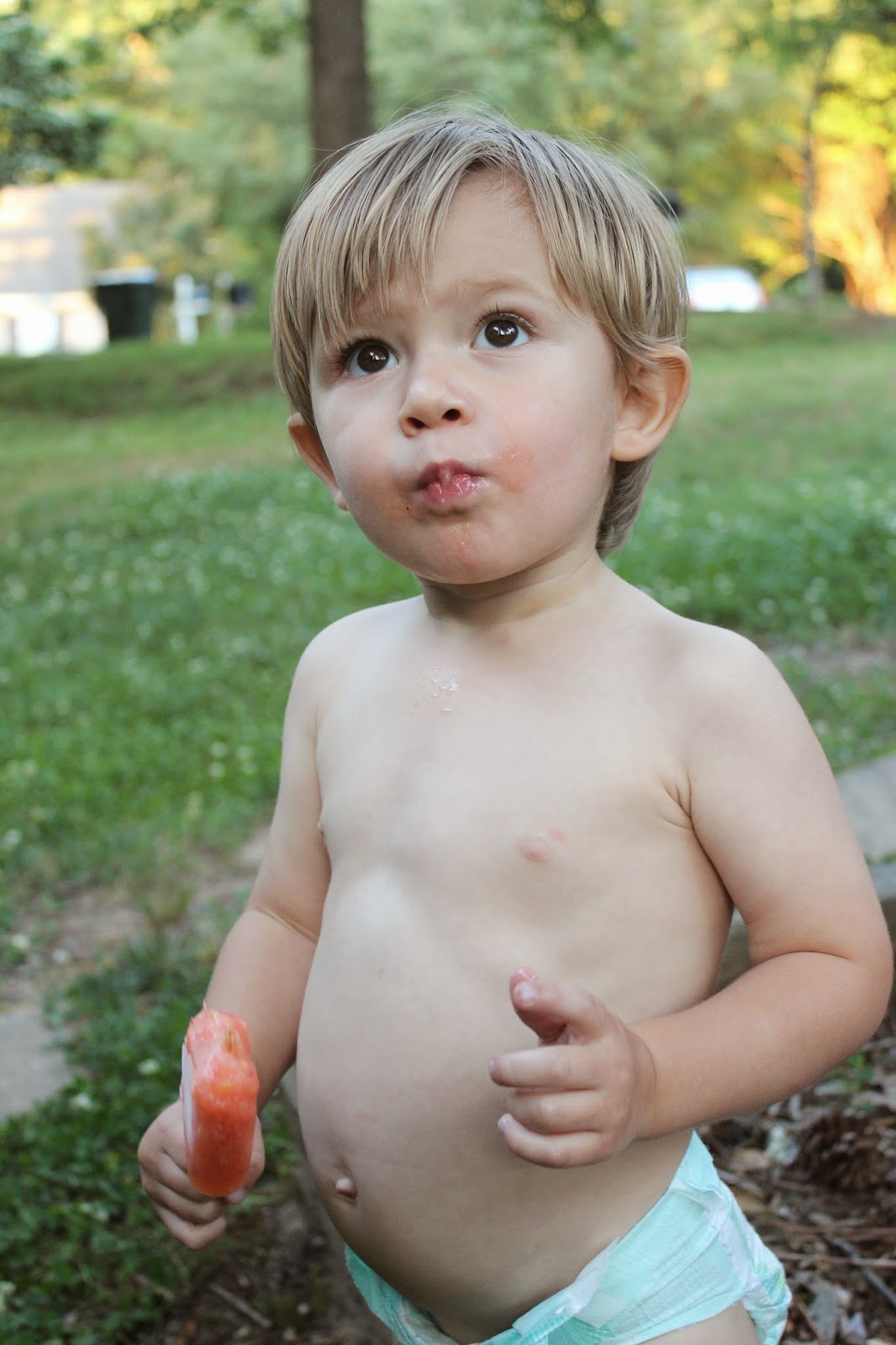 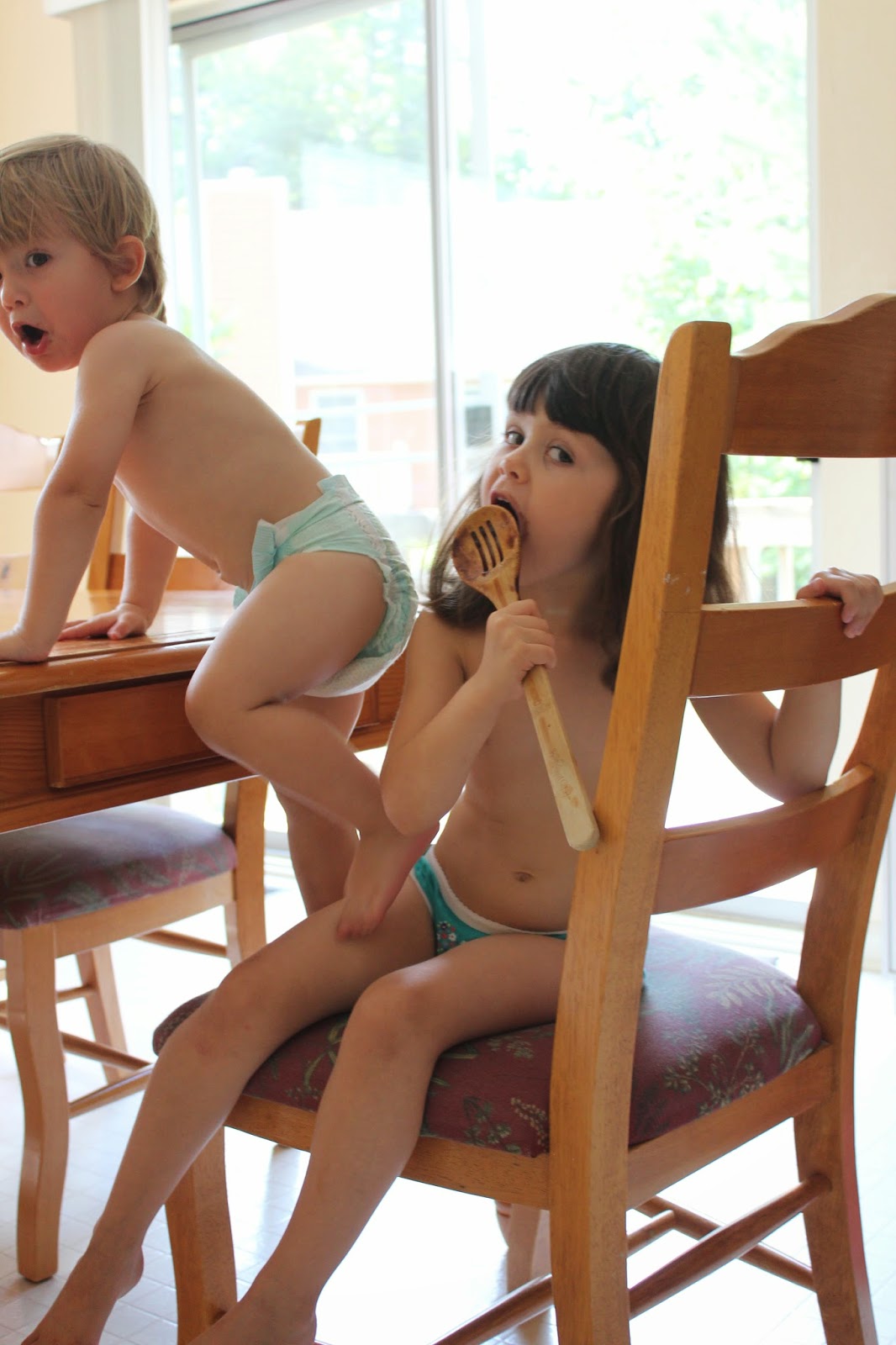 On Mother's Day (May 11th), Marcos graduated with a Bachelor's Degree in Information Science from UNC.  What a happy day this was!  My dad came down from New Jersey for the weekend to celebrate with us, and there was so much to be pleased about.  Marcos felt for such a long time that stopping good work to get his degree would be a real disadvantage in that he would fall behind in the rapidly changing world of technology, but deep down we knew that it would be worth it.  And there were moments he regretted not being able to stay abreast of what was going on in the field, and some classes of which he hated every second.  However, during his two years at UNC, Marcos found mentors and friends he deeply loves, and he served as the President of the Student Organization at SILS (the School of Information and Library Sciences) where he worked to make positive change and left a legacy of renewed collaboration and energy and interest in student participation.  And fortunately, the vision and hope we had of him receiving job offers panned out and he ended his schooling with a contract signed at Fidelity Investments as a Quality Assurance Software Engineer.  It has been an important chapter, and yet we are ready for the next turning of the page... 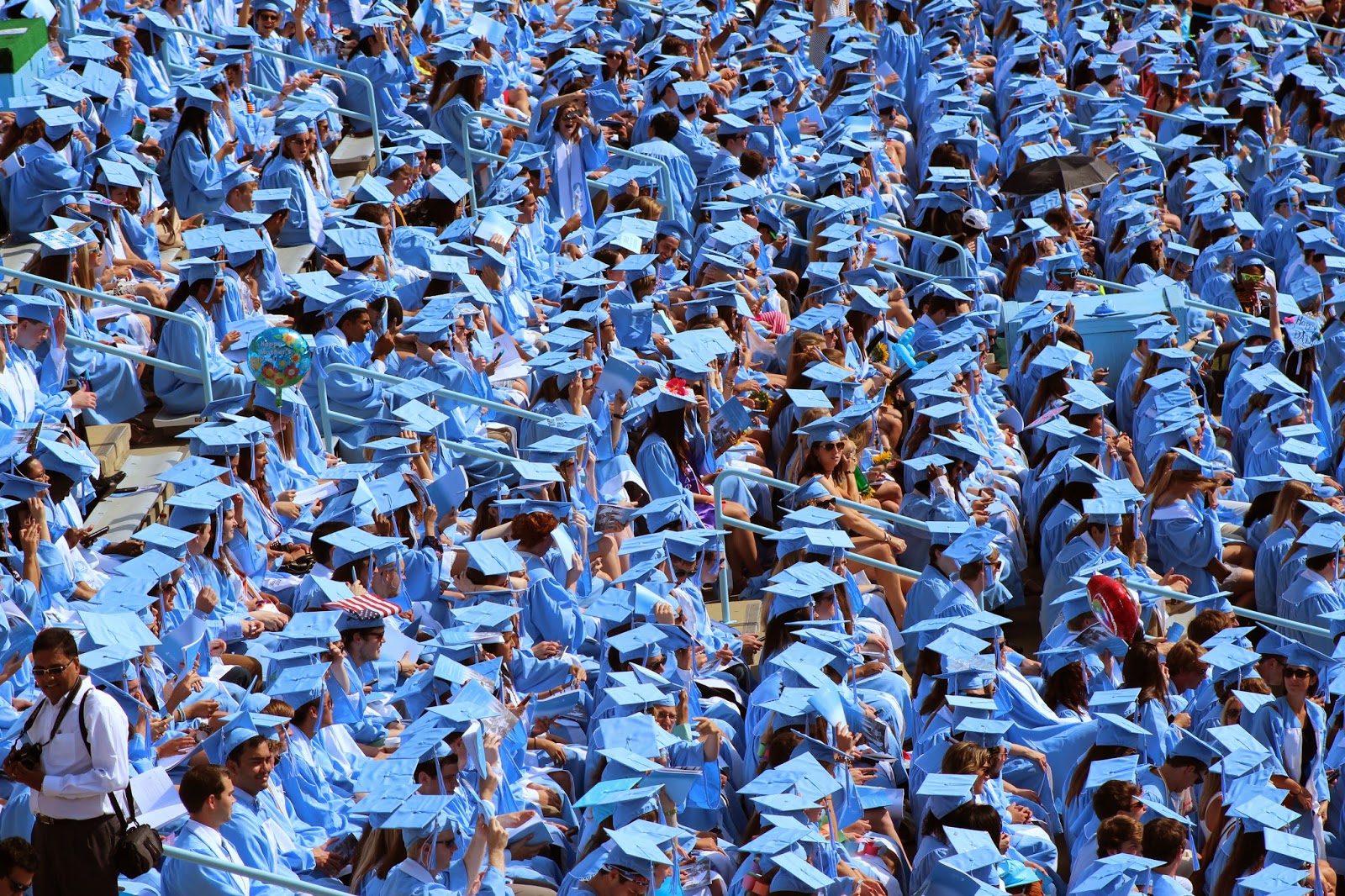 Don't tell anyone, but you know what color I've never, ever liked?  Carolina Blue.  Unless it's on Marcos, in which case it looks very handsome.  Here are the hoards of undergrads at the general graduation ceremony on Sunday morning.  I am so glad Marcos was at the very back, and that I had brought our mega zoom lens, that cell phones are so easy to carry along, and that there just happened to be a group of balloons near where Marcos was sitting with his friends.  Otherwise, I might have missed him in the sea of blue, and missed those moments during the ceremony when we caught each other's eye from what felt like miles away, and just paused and beamed at each other thinking, "I can't believe we did it, we did it, it's over!" 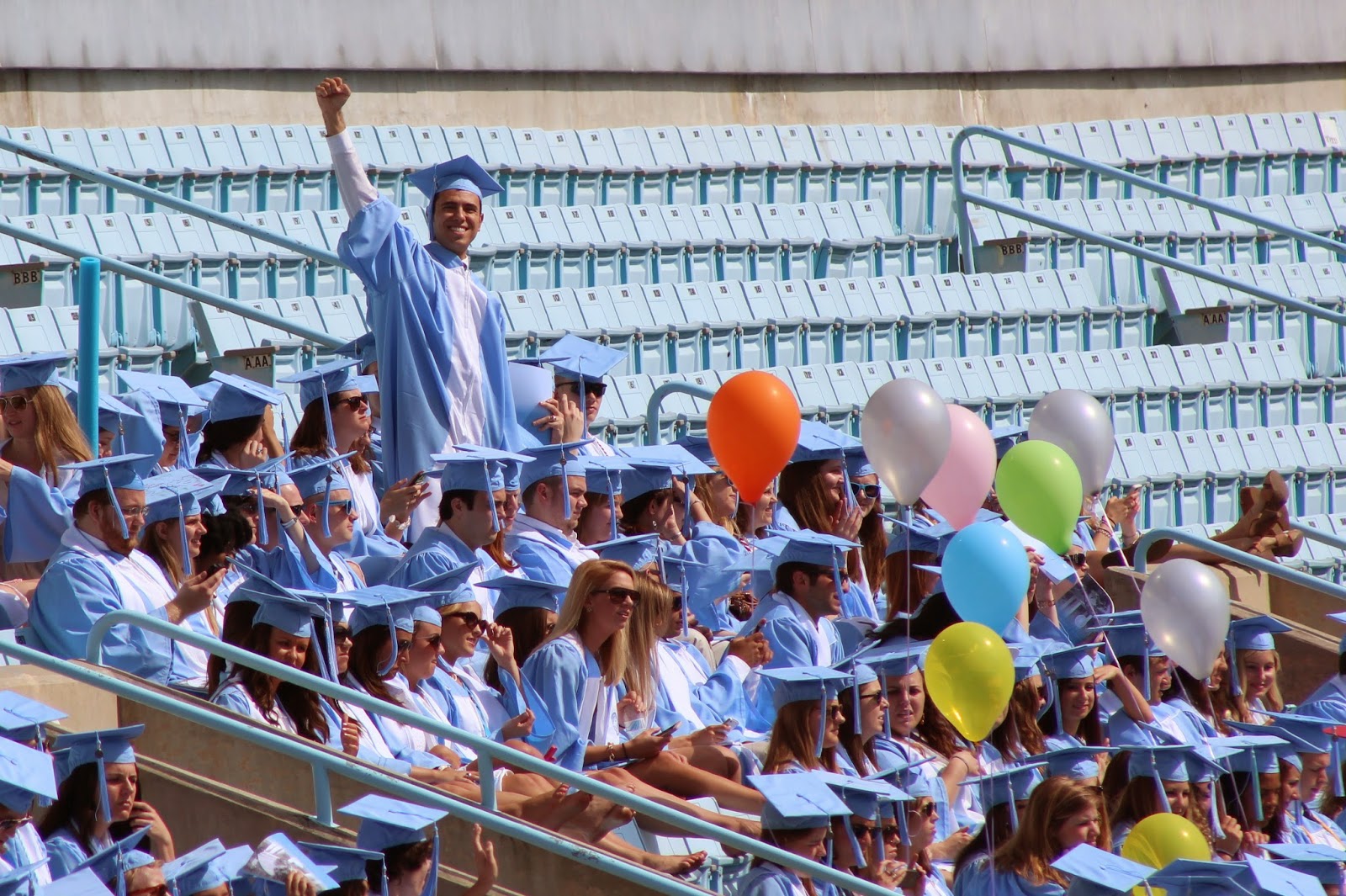 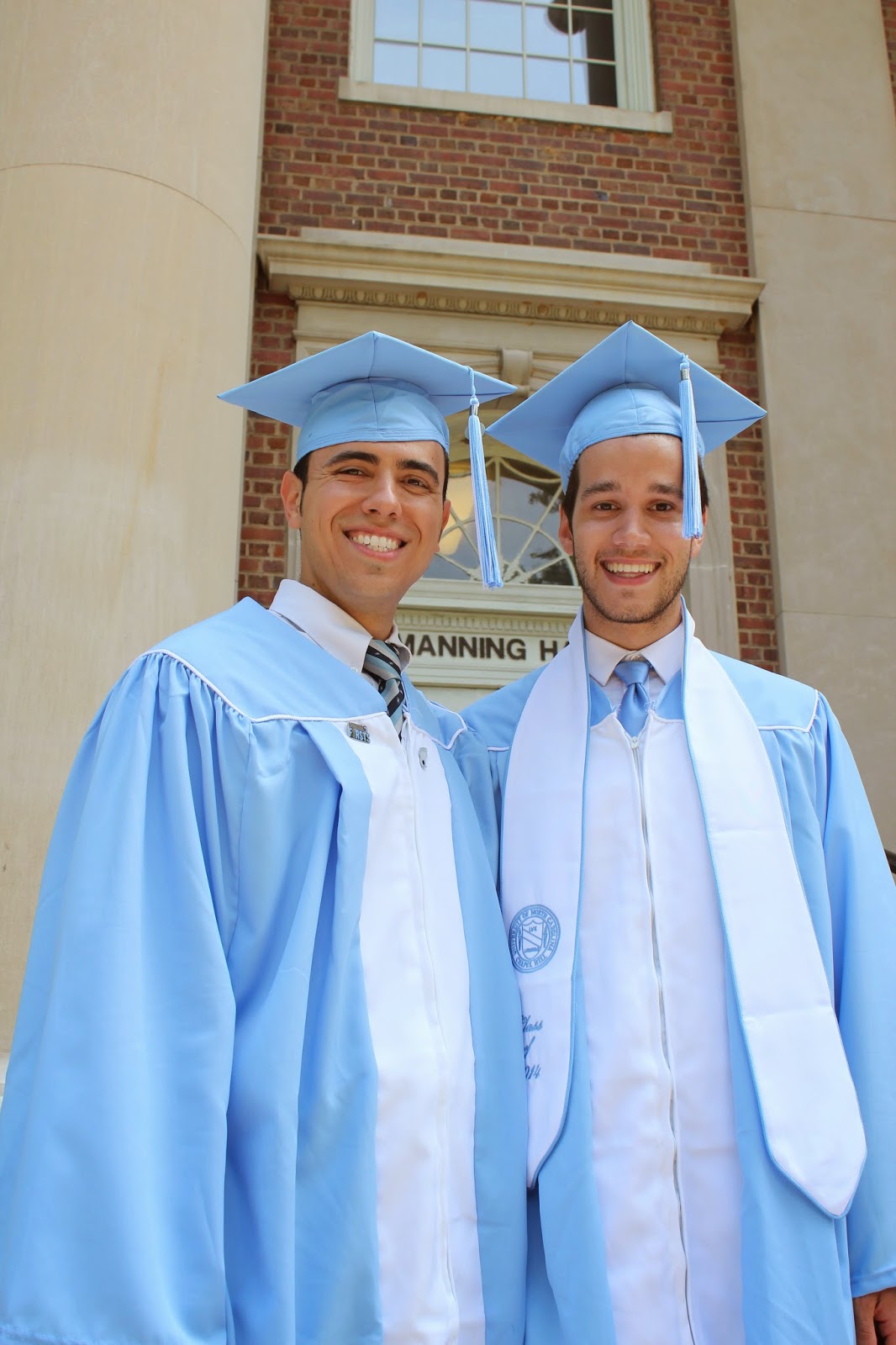 Marcos with Shane, one of his best friends from school.  And then the monkeys, who both smiled and cooperated simultaneously - truly a graduation day miracle! 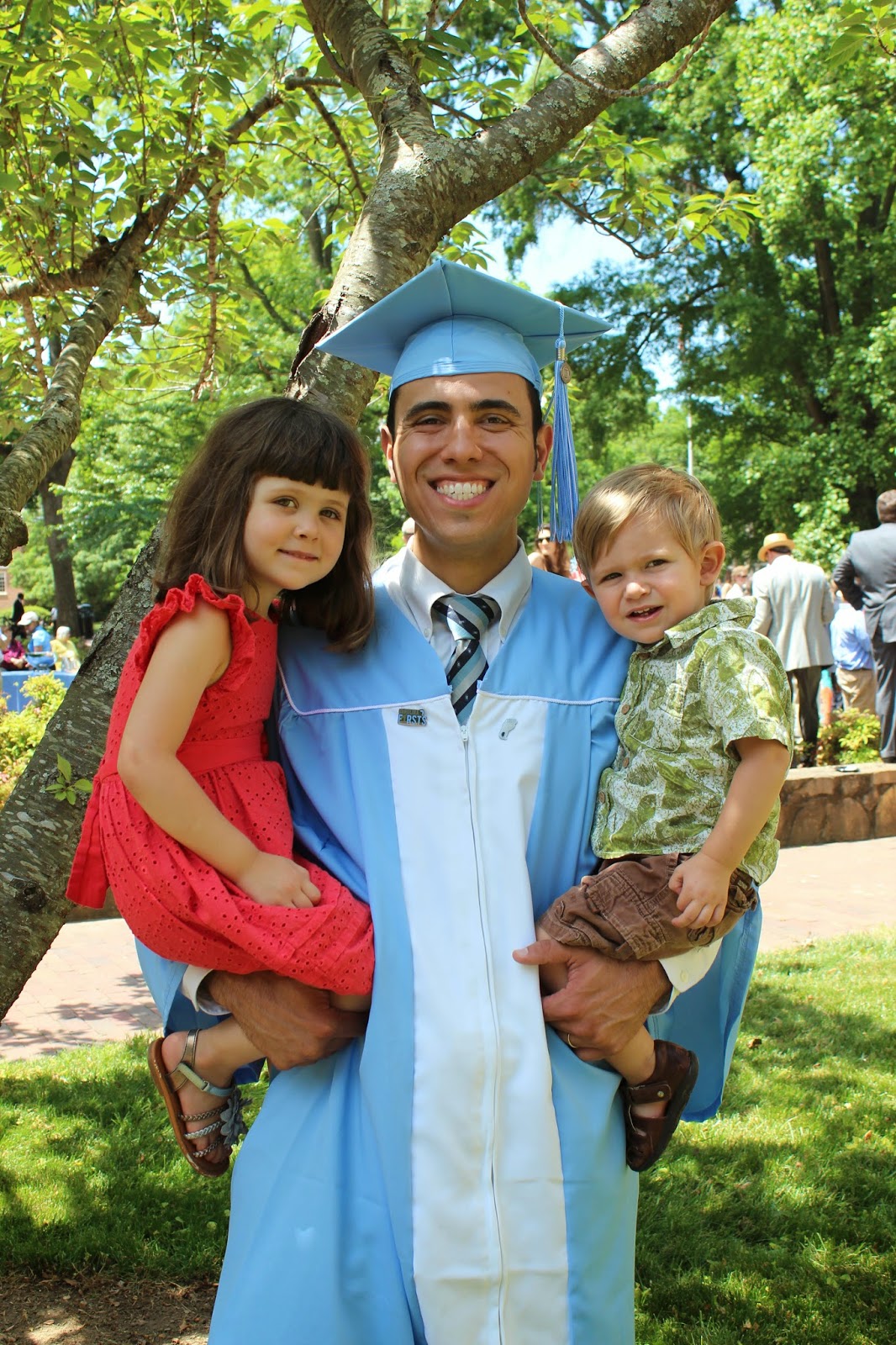 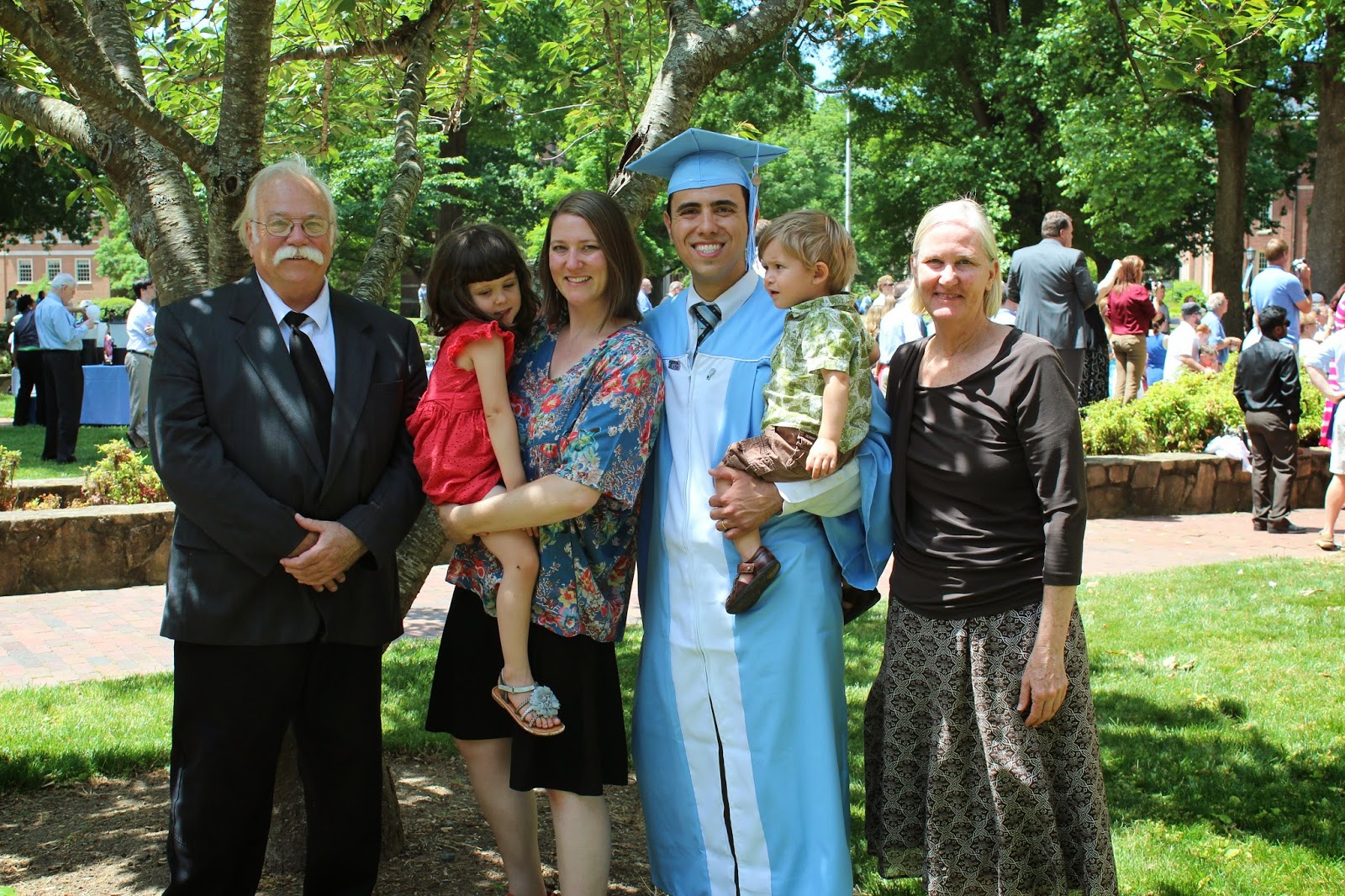 With my dad, who visited for the weekend from New Jersey and whose support has buoyed us countless times through our educational pursuits, and my mom, who is endlessly thoughtful and supportive and nice. 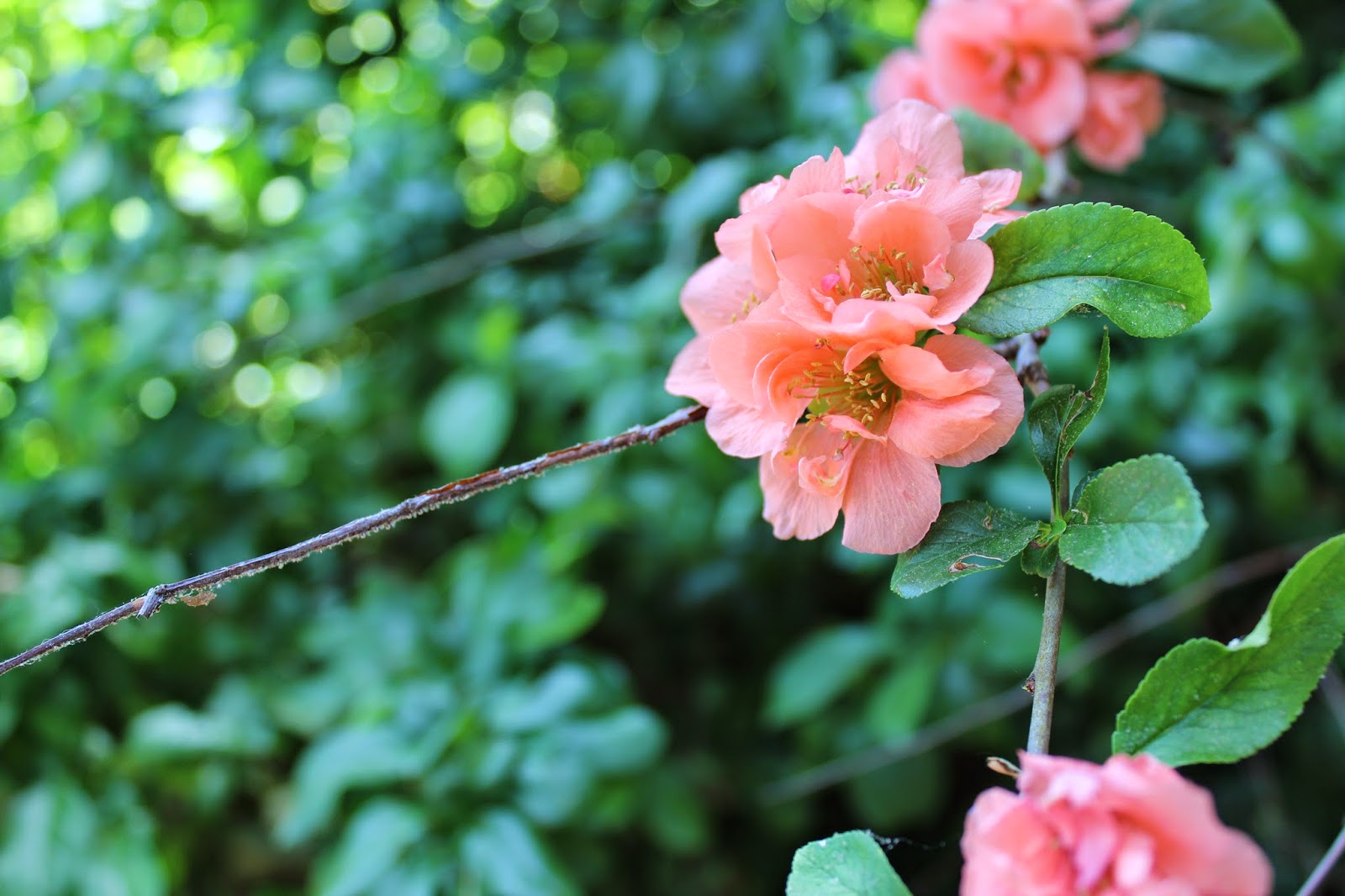 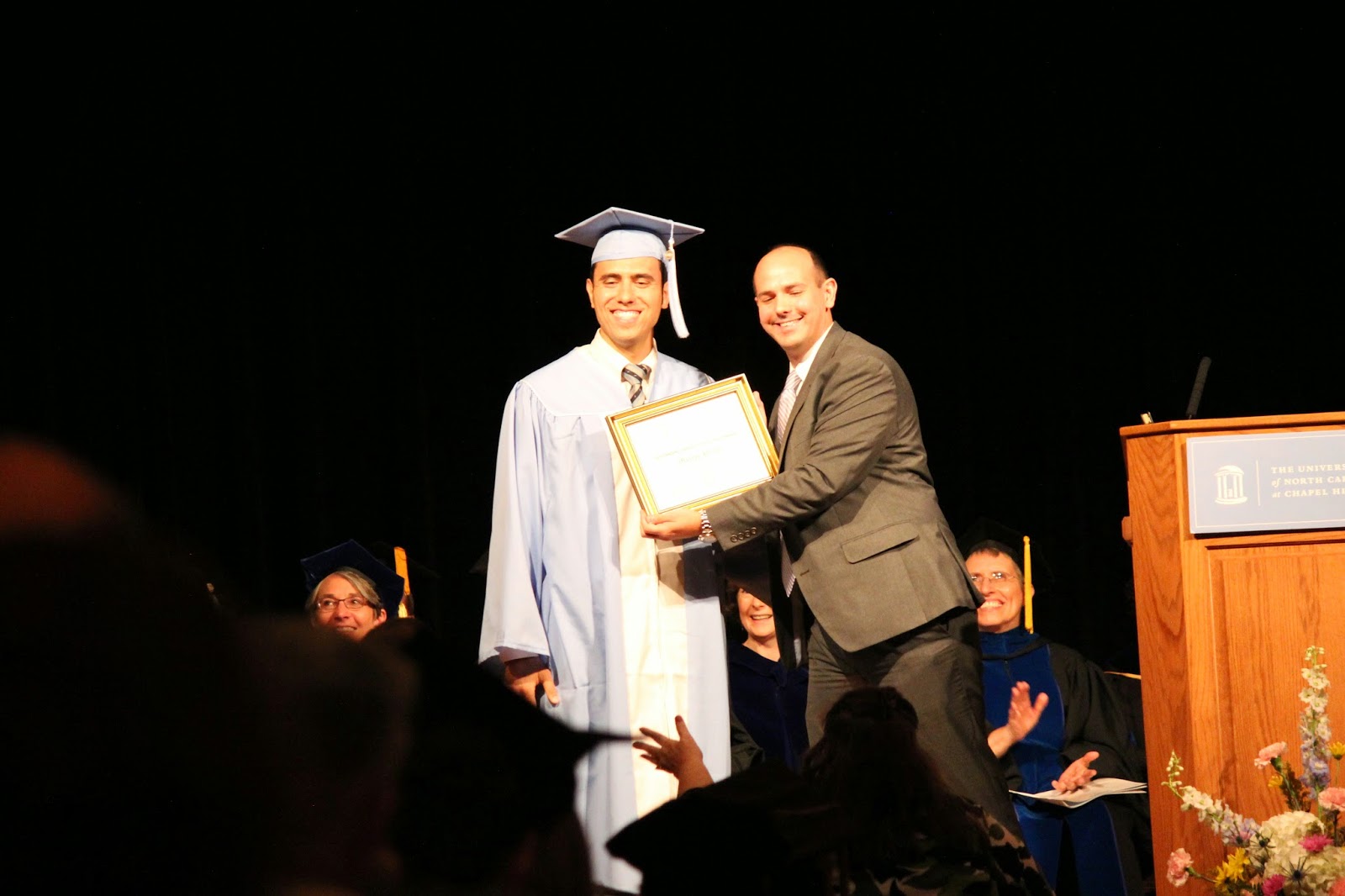 That afternoon, at the more intimate School of Information and Library Sciences graduation ceremony, Marcos was awarded the Outstanding Service to the School award.  He had been nominated by multiple professors, and I was so proud of him.  As a wife who was on the "suffering" end of his late nights hosting things at the school, it was a secret pleasure to see that they too recognized his love and dedication.  I love the saying that "you can get a lot of good done in the world if you don't care who gets the credit" but sometimes getting the credit is important too. 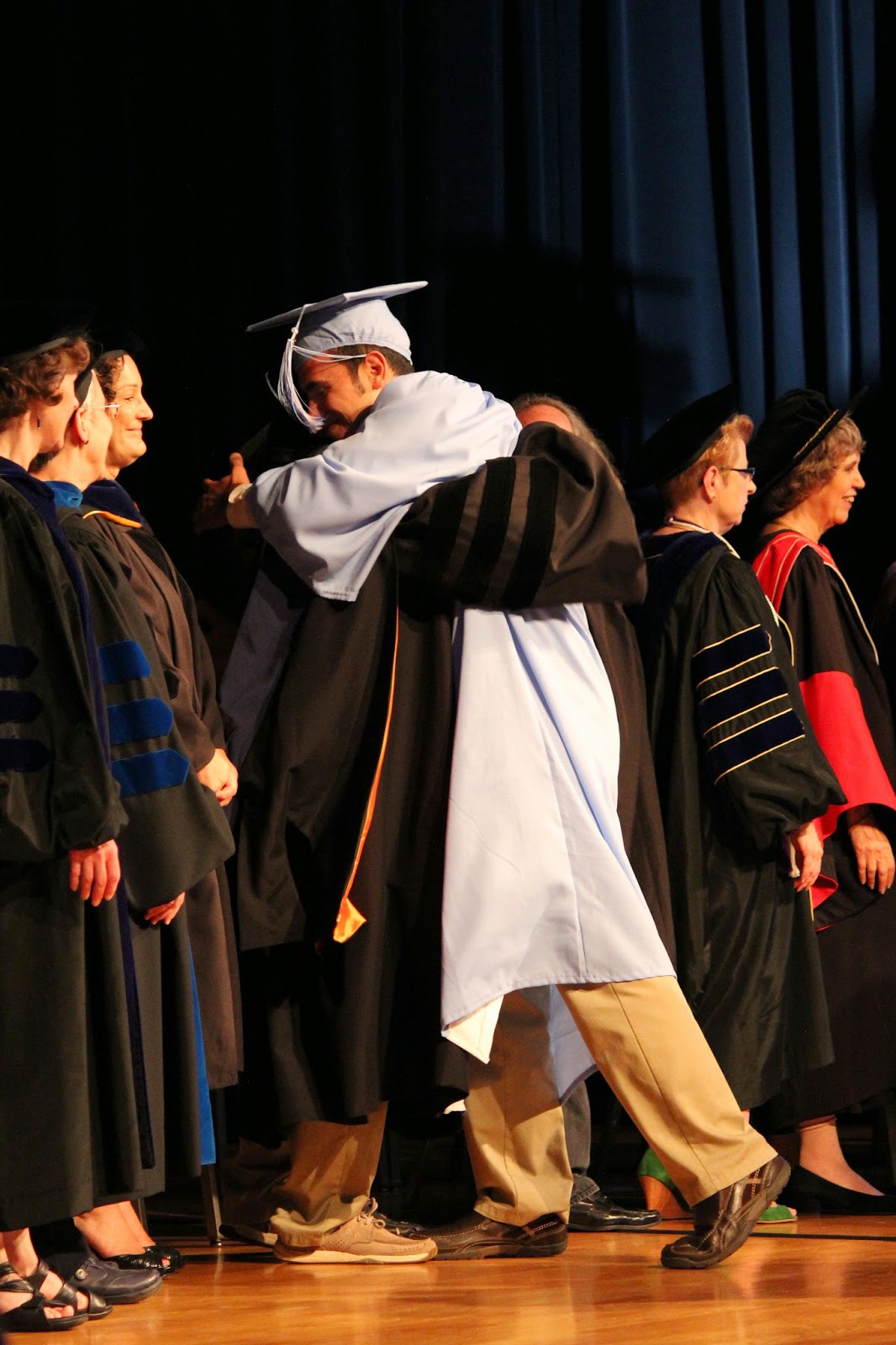 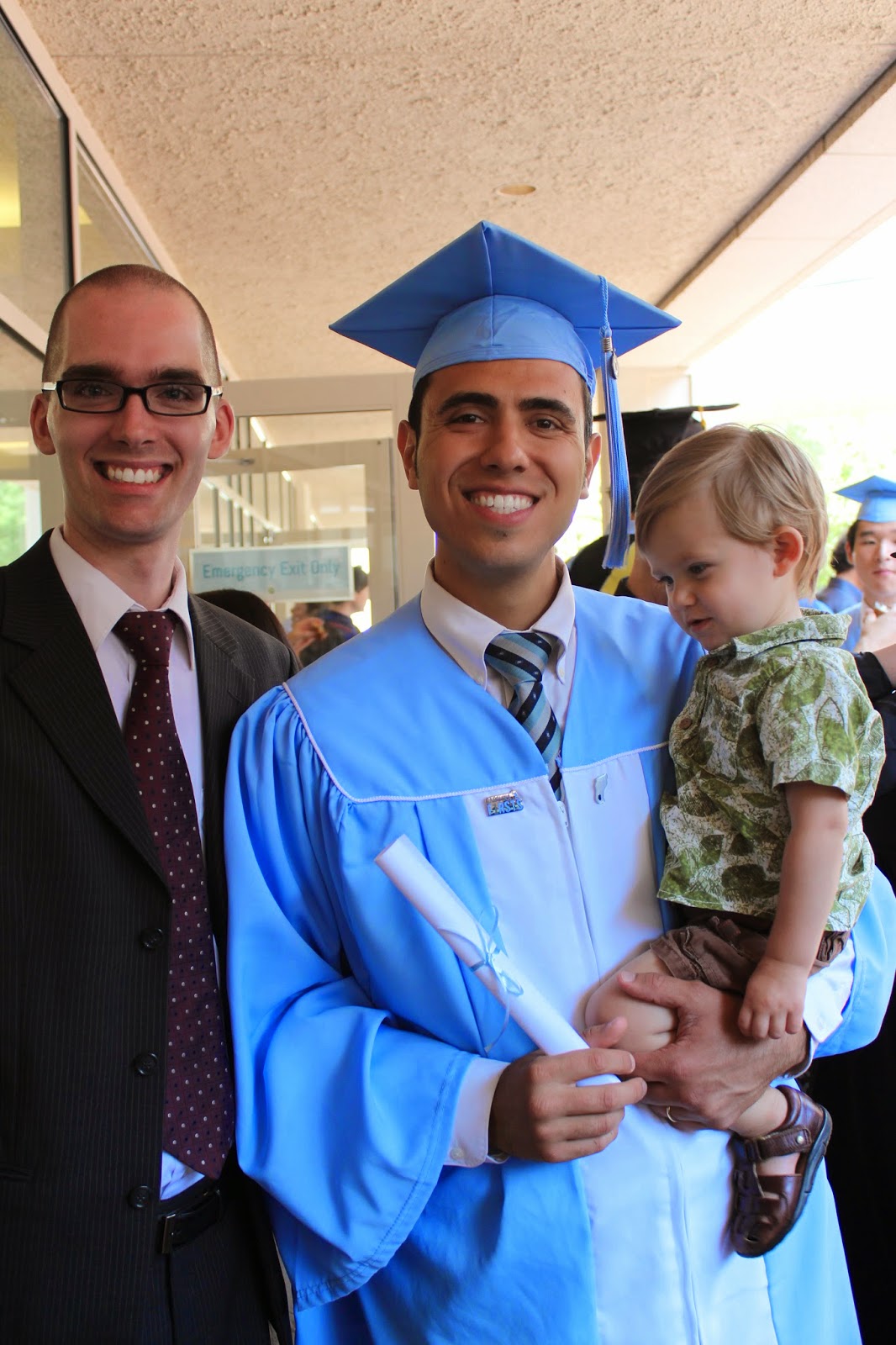 With one of Marcos' best buds Josh, and my dad. 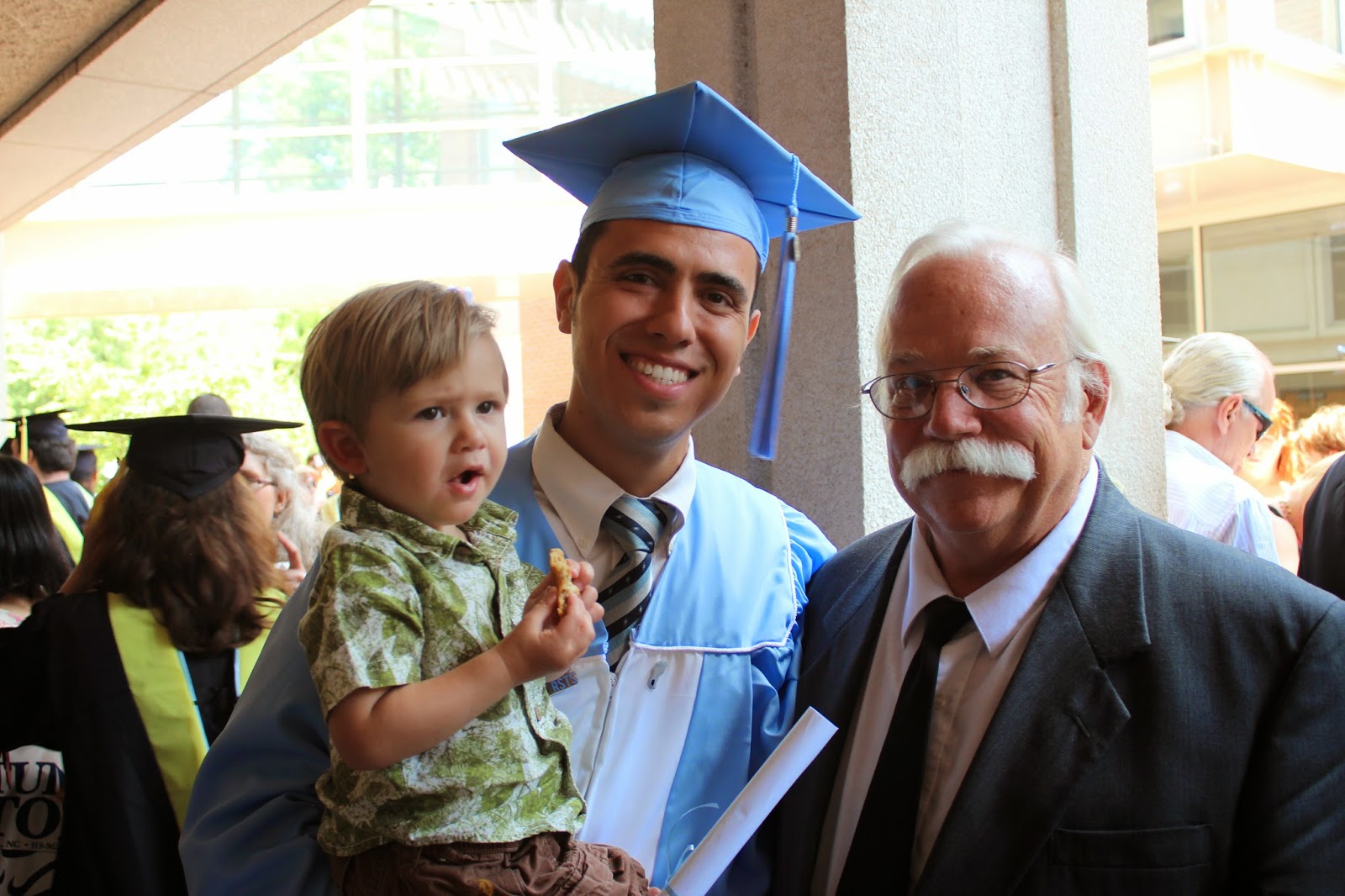 And the following favorites from Marcos' time at UNC. SILS Dean Gary Marchionini... 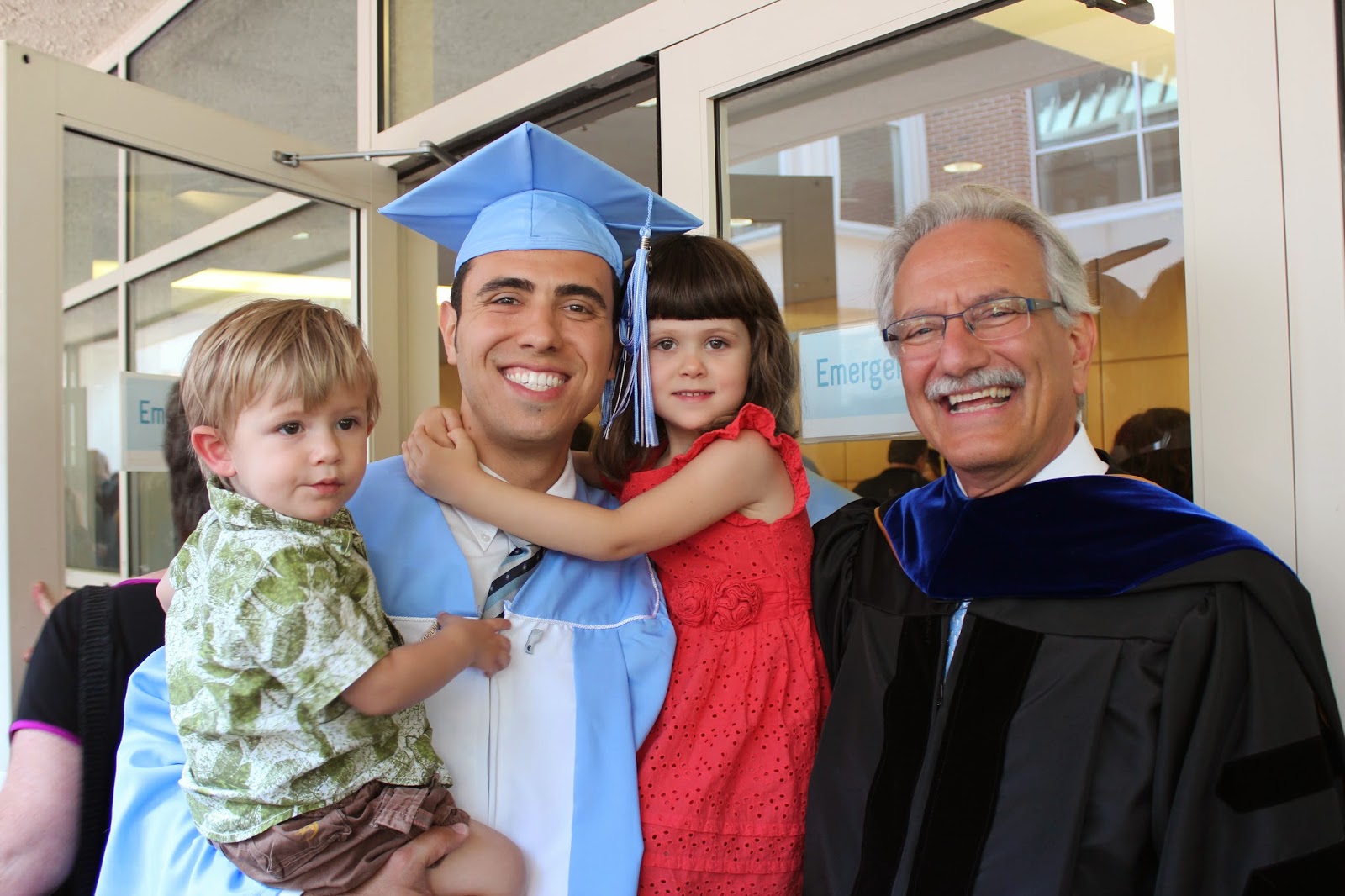 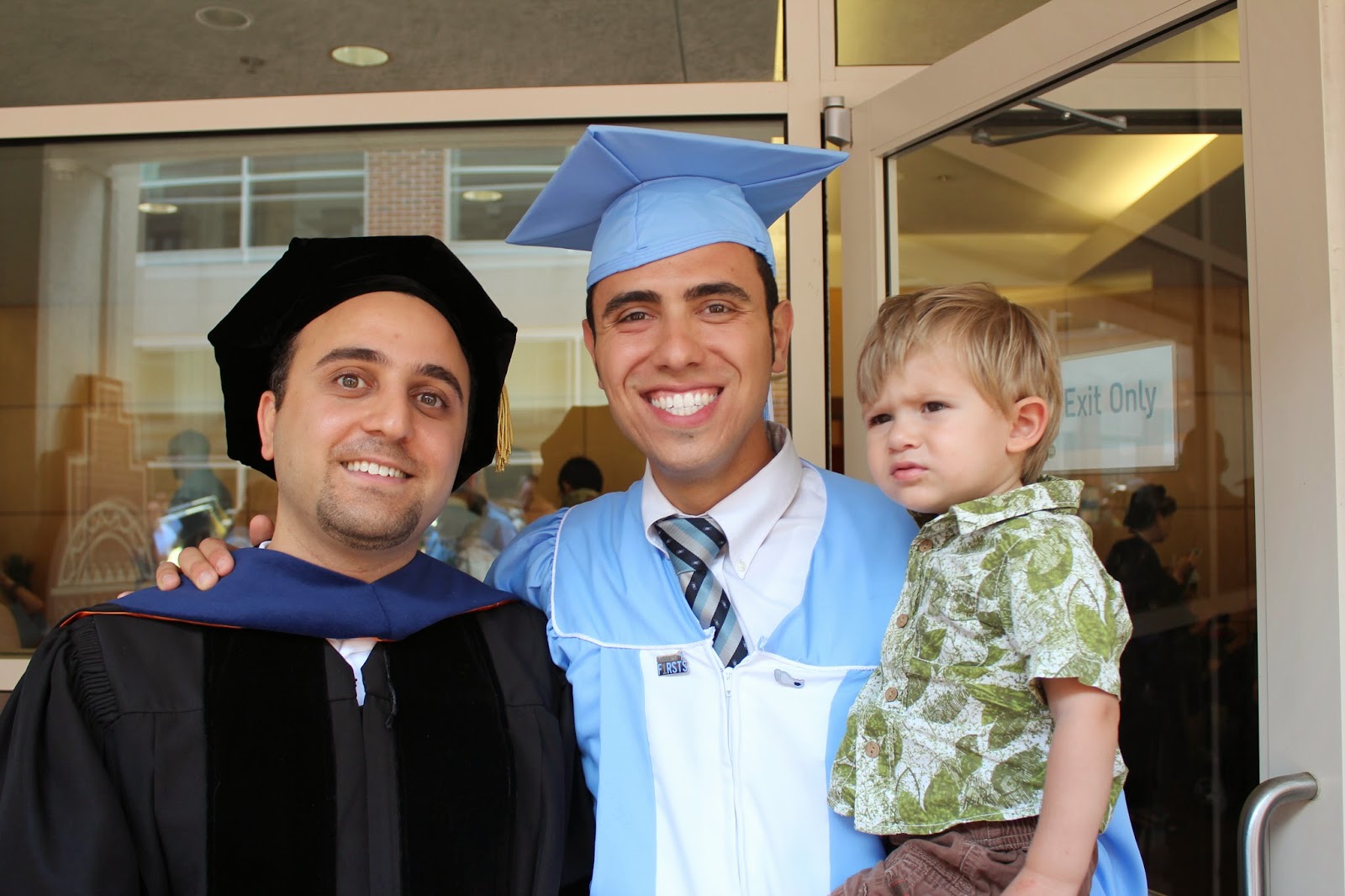 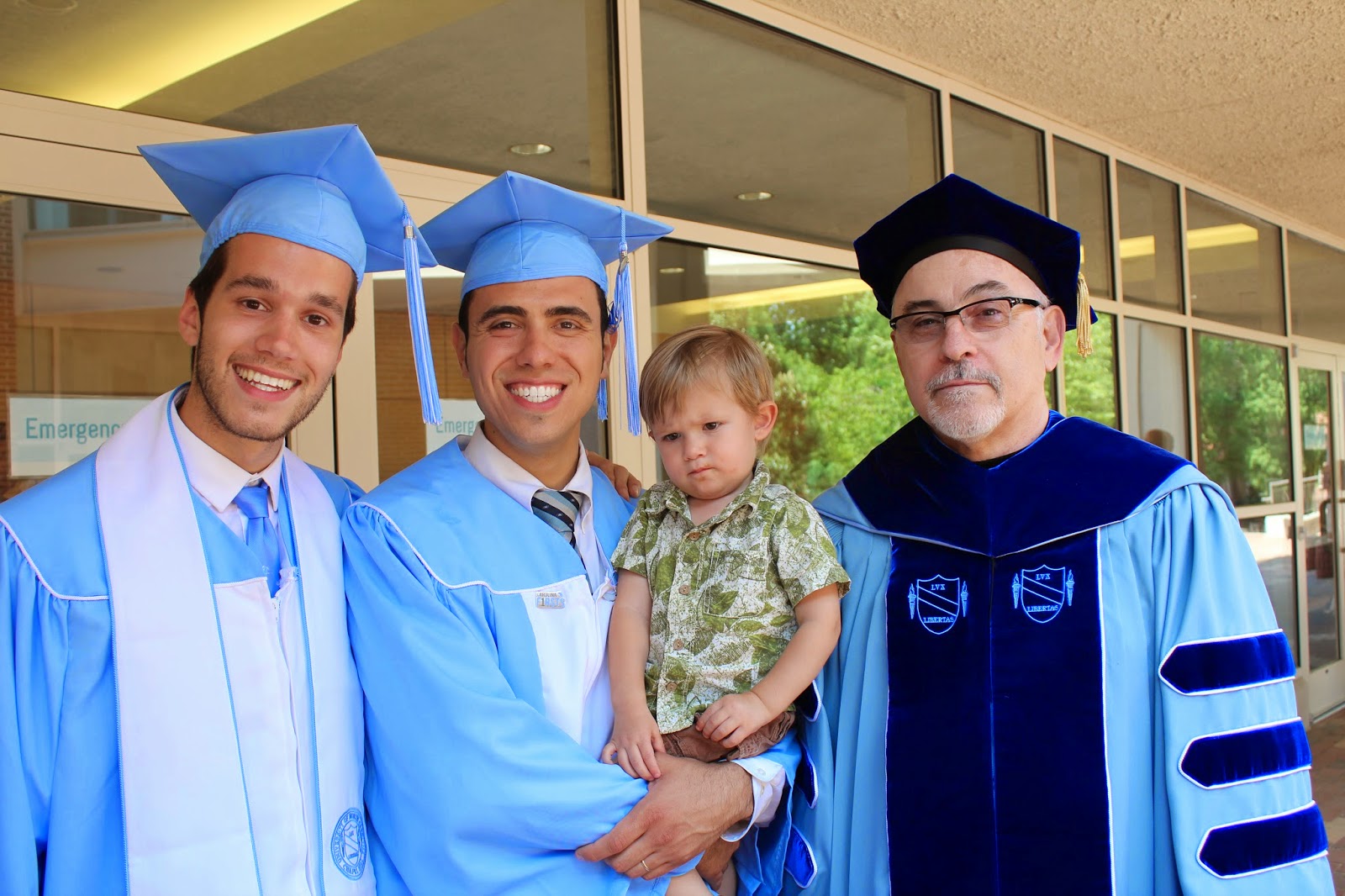 Hooray Papai!  You DID IT! 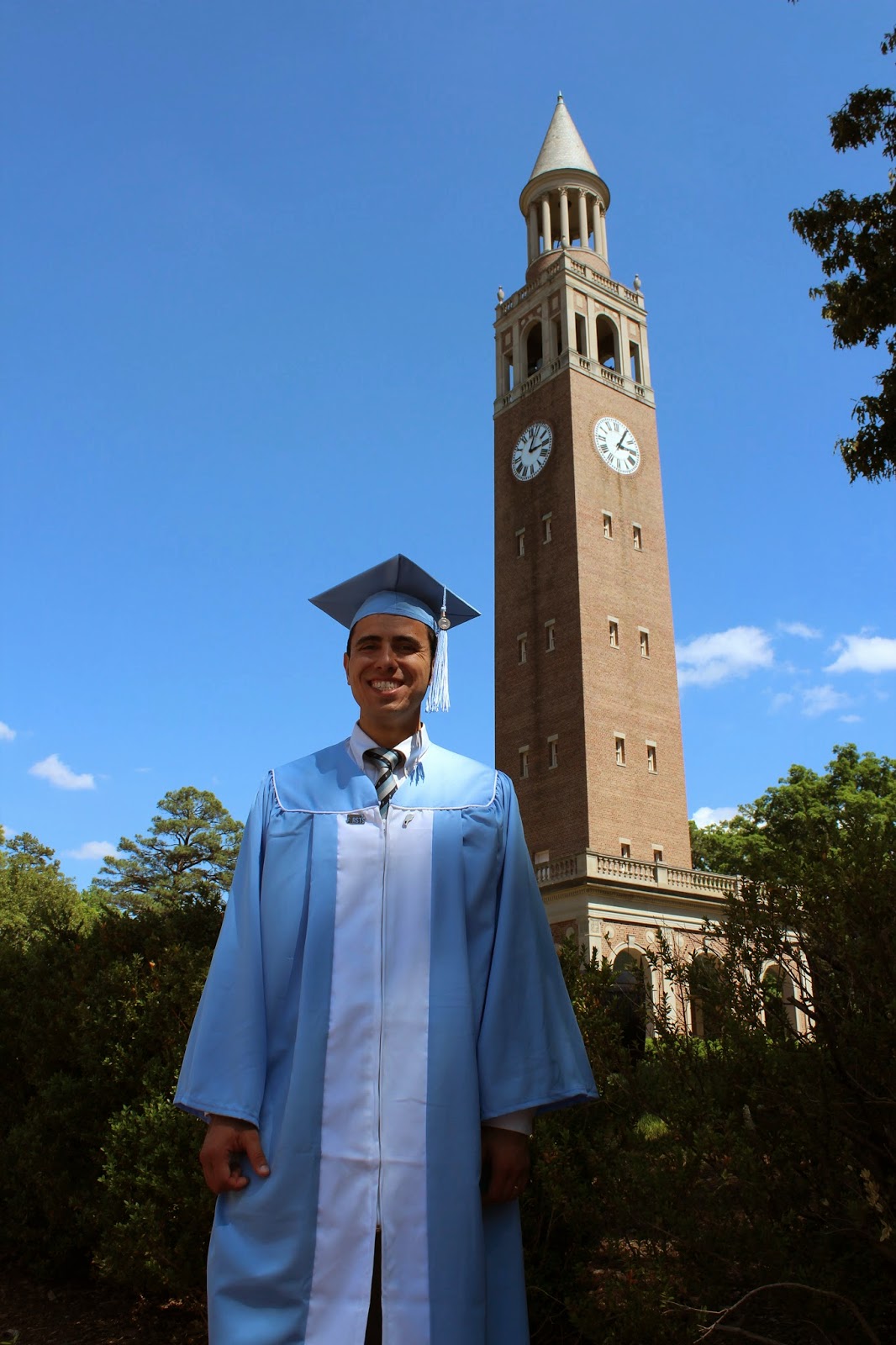