Conference was special this year

On Saturday, we attended general conference in the Conference Center at Temple Square. Our four-day trip to Salt Lake City was primarily in celebration of this day. 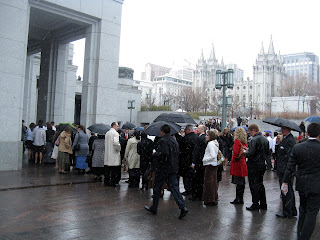 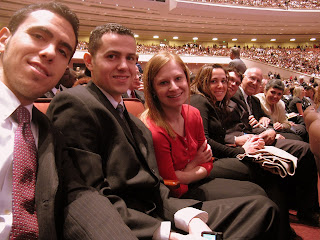 Above: Marcos, Danny (Marcos' older brother), his wife Marie, sister Belle and her friend Ben, and Pai and Mae. 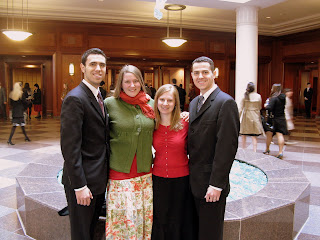 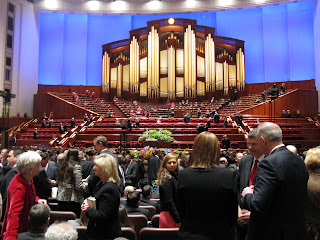 We were able to sit in the second area back from the front, dead center. Because a lot of the people that sit in the front areas are general authorities from around the world (we saw our friends the Aoyagi family from Japan!), it was like a mini-United Nations sitting there in the front. I think at least three entire rows were packed with Brazilians. 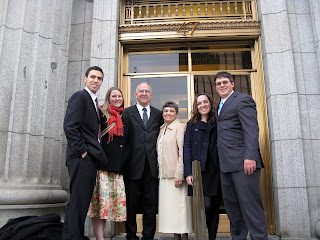 Marcos' father was called as an Area Authority Seventy in Southern Brazil, so we are looking forward to five years of exciting stories and blessings as Pai gives his time as a voluntary leader of the church. Marcos was named after his father, and Pai never ceases to amaze us with his legacy of dedication, service, diligence and love. 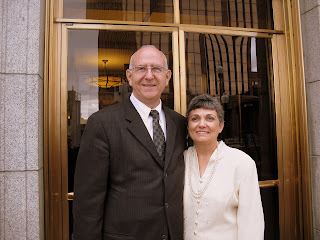 Saturday afternoon, Pai was ordained at the Church Administration Building on Temple Square by Elder Scott. 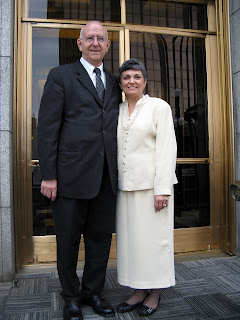 Wow! So cool that you went. I guess you knew about your Pai's calling a little in advance? Or did you just happen to be there? How special, in any case.