Happy Halloween!  I'm a bit behind in posting, but wanted to share some photos from our Halloween Day. 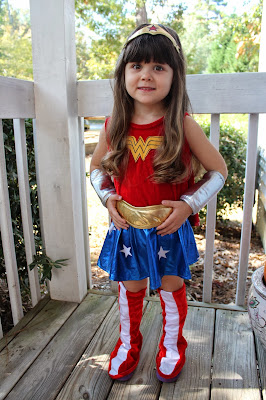 In the morning Gigi had coop preschool and my friend Jenny was hosting this week, but at each holiday we do a group effort holiday party.  It is always fun, low key, and not stressful for anyone since we're sharing the work.  There was some dancing to the Monster Mash and the Skeleton Dance, Halloween stories of course, and I brought some great Halloween poems I found.  Here are the kids at the very beginning of the party.  The four on the right are our preschool bunch, and the two on the left are younger sibs. 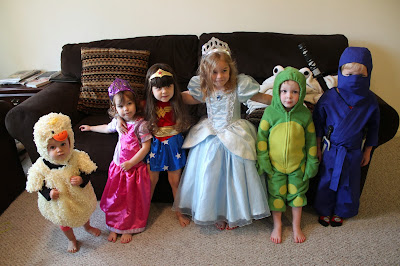 Jenny did a Pin the Nose on the Pumpkin game, and we had very themed Halloween snacks.  No sugar, believe it or not!  We knew they would get enough tonight. 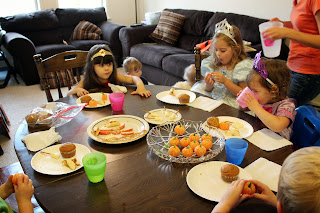 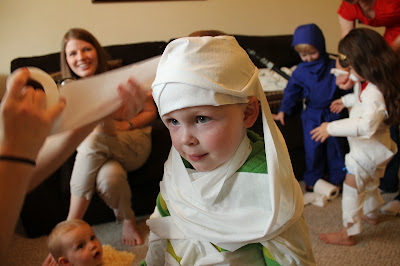 This photo of Tyler getting wrapped is one of my favorites from the party.  It was mummy time, and it was pretty hysterical.  Guenieve and Kim had also prepared crafts.  Ezra demonstrates his ninja moves below at craft time. 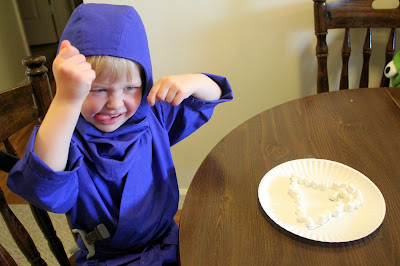 And then it was pick up Tutu and then home for the afternoon.  When Papai came home from UNC, he took the kids outside and played in the leaves.  I have photos from prior years when Gigi was wearing big coats over her costume to keep her warm and dry on Halloween Day, and today it was in the mid 70s, warm and perfect in every way. 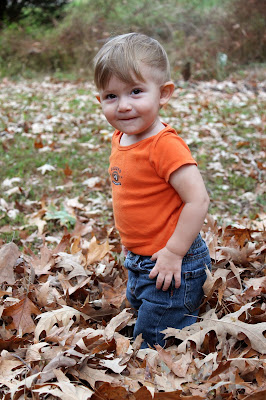 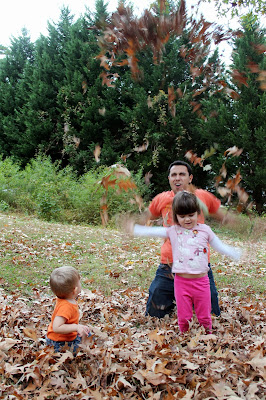 After an early dinner we went to the Carrboro Halloween Carnival, which has been our tradition for the past three years.  Lots of games, little prizes, and pretty much zero sugar.  Marcos bought popcorn and hot cocoa for fifty cents, but this event stays largely candy free, and I love it for that. 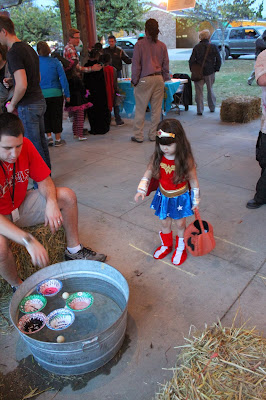 Gigi's buddies Emerson and Olivia playing games, and below Gigi poses with her Wonder Woman "lasso".  (Any tips on how to help a child to smile naturally into the camera?  My word...) 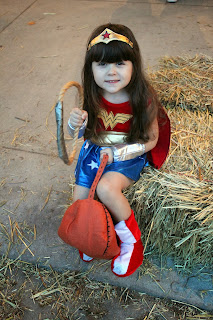 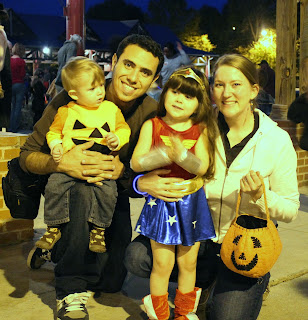 And then it was off for Trick or Treating with Emerson and Livy and little Achilles in a nearby Carrboro neighborhood.  Gigi really got into Trick or Treating this year.  She ran door to door, she loved talking to the people who came to the door, and apparently she really loved collecting candy.  At one point I overheard a woman at a door saying, "Okay Wonder Woman, that's enough now".  So mortifying.  But surprisingly, when we got home, she ate about three pieces, and was much more interested in divvying her pile up into a pile of Papai's favorites for Papai, Tutu's favorites for Tutu, etc.  We all scored, and we didn't even have to be sneaky about it! 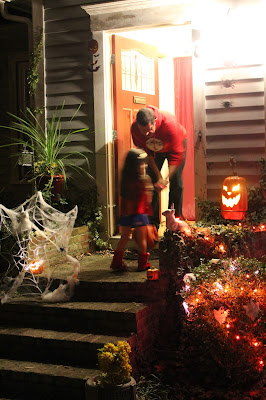 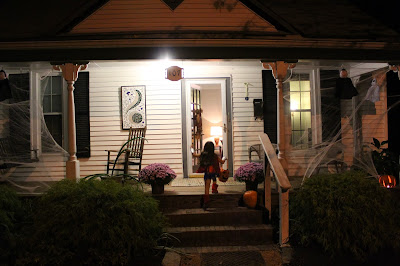 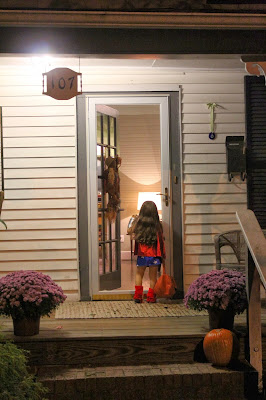