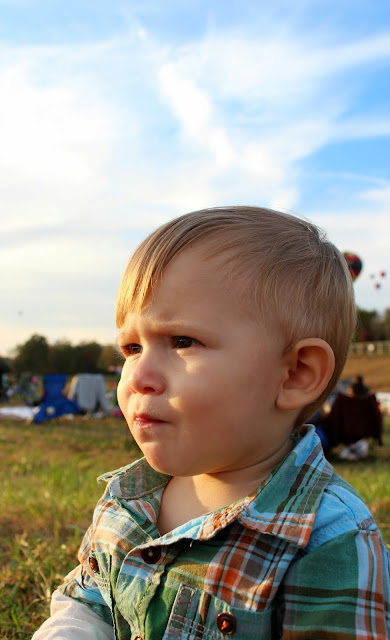 It is really hard for us to believe that one year has already flown by!  Today is Orion's first birthday and we are pretty smitten by this independent, happy little boy.  His birth a year ago was also the time that I stopped working to be home full time with the kids, and about the time we started watching old episodes of The West Wing to get us through the first four months of him being a very colicky baby into the wee hours of the morning.  I always wondered how parents of colicky babies kept their sanity, and after living through it and being in the trenches every night, most of that chapter now seems like a very distant memory.  (Although the jury is still out on whether or not we came out of it with our sanity intact!).  Yet when I consider how difficult those first few months were, all I can think about is how much Orion adds to our family.  My terrible memory really comes in handy sometimes.

At a year old, Orion is blossoming in so many ways.  It seems like he has become ten times more sophisticated just in the last week.  He says wow, mama, baba (Papai), olha ("look" in Portuguese), nana (banana), uh-oh and ball.  He walks and runs, and is fast and furious, but also cautious enough for us not to have baby gates at our staircase.  He loves balls, and putting things into containers, and family band practice.  He loves drumming, and making noise, laughing, leaning in for open-mouthed kisses and clicking his tongue.  He waves, and claps, shakes his head no and dances to any music with a beat.  He's social, and a ham, and our little love. 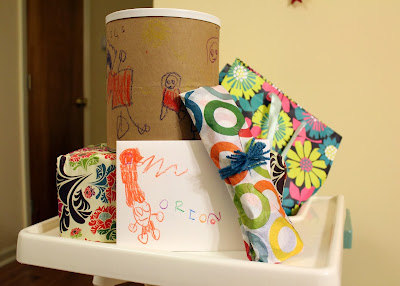 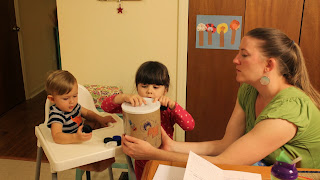 For this birthday boy, I coached myself through being okay with simple even though Gigi's first birthday was a big to-do.  A family dinner of Japanese curry with rice and salad, and fresh berries over vanilla ice cream for dessert.  Then it was time to open presents!  A decorated food storage can with a slot to push milk lids through was a toy from Gigi, a first toothbrush from Marcos and me, rubber balls from Tutu, and a sweet wooden push along tractor set from Auntie Katy.  What a happy boy with all of his new toys! 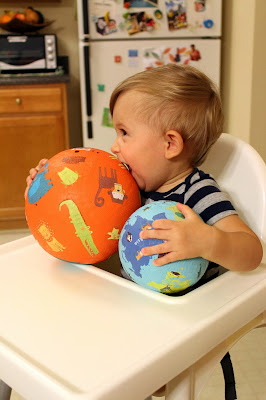 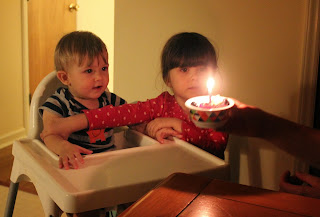 Happy Birthday Orion! He is so so cute. It is funny that you said you kept his birthday simple because that's exactly what i told myself to after Addie's big one year birthday party! Good job, Metta, on being such an amazing mother!