There are a few things I find very romantic and wonderful.  One is Swiss railway journeys, which we crossed off my bucket list a few years back when Marcos and I went to Europe.  Another is hot air balloons. 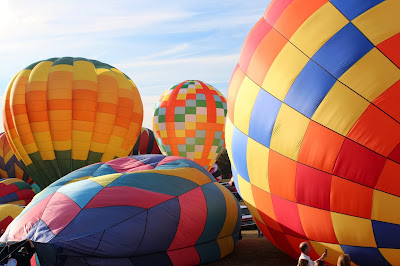 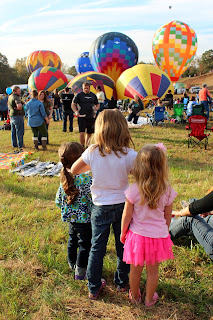 So some months ago when I had a hankering for hot air balloons and did a quick search to see if there was anything exciting here in North Carolina, I was very happy to see that every year in October there is a North Carolina Hot Air Balloon Festival in Statesville, NC.  It is about two hours away from Chapel Hill, but nothing that we couldn't manage on a nice afternoon. 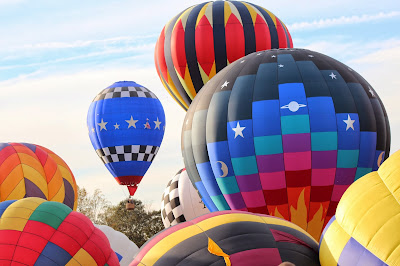 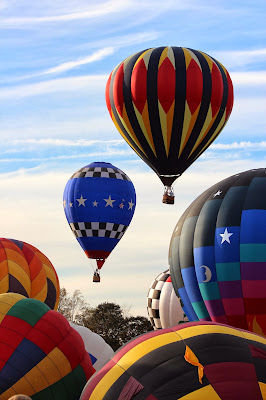 We met our friends the Hills there, and we were all so pleased that we had decided to brave the crowds and the drive!  As we arrived, the first of the Giants were waking up, one by one, bumping against each other as they soared up so peacefully.  It was magic against that blue sky. 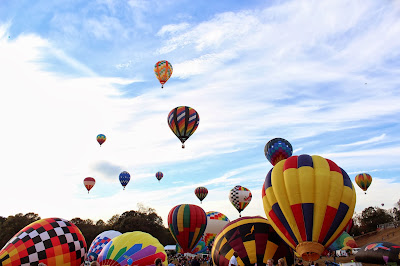 And of course we took family photos.  It would have been criminal not to, although good luck avoiding a balloon coming out of your head! 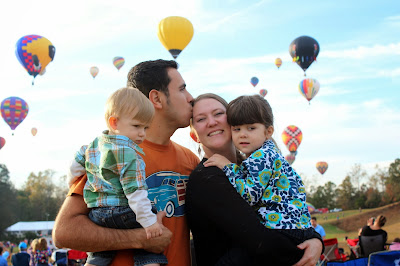 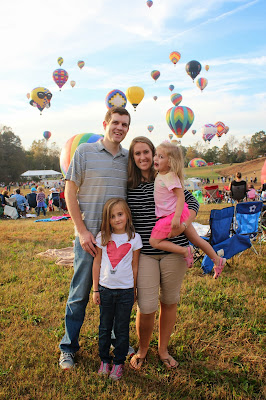 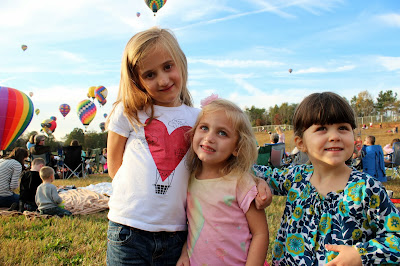 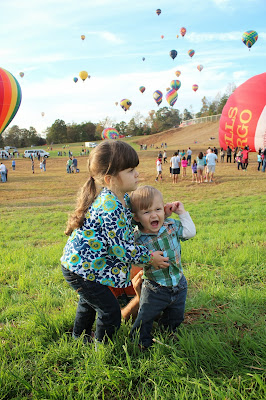 And, oh yes, our kids love each other as well!  Waaah!  Just kidding.  Kind of.  We're still working on giving Orion space. 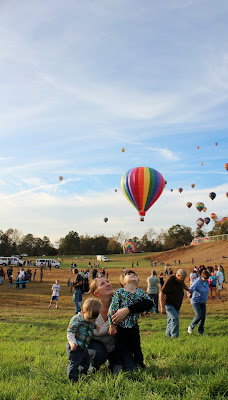 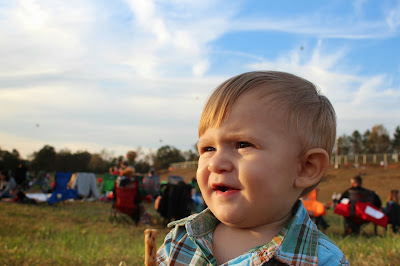 For dinner we had corn dogs and gyros.  The NC State Fair is a really big deal that we always choose not to be a part of each fall, so it was good to have fair food to feel like we had reached our quota for the year. 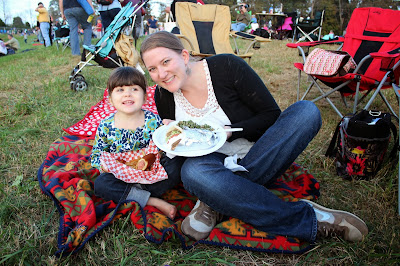 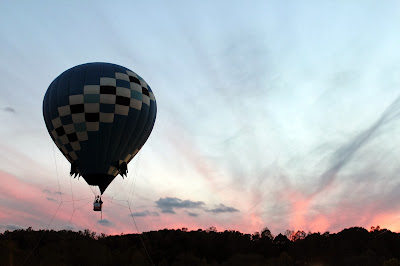 For people with a few hundred dollars for ballooning, they were able to sign up ahead of time to ride one of the hot air balloons that rose during the "Ascension" in the afternoon.  For those of us with ten dollars for ballooning, we were able to take a "tethered ride" in this beauty above.  We were packed in the basket with the Hills, and it took only about ten minutes to rise and fall, but it was a great experience.  The flame was incredibly loud and hot, so our kids were a little frightened, but it was very cool to get a view from above.  The pilot said that the air at the top of the balloon was 204 degrees.  Hot Air, indeed!

And as the evening fell and the big grassy hill started to chill, we heard bagpipes off in the distance, which sounded so incredible that I was drawn to the stage where the Scottish band Albannach was just getting warmed up.  There was a line of fans at the front of the stage, swinging their hair and moving to the music, and by a few songs in, I had half a mind to let my hair down and join the groupies!  Marcos jokes that he will never take me to Scotland because I might not ever come home after hearing all the men with their Scottish accents, but play me a bit of Scottish music and that may do the trick as well.  It was so good it was moving. 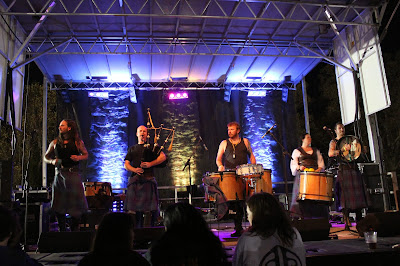 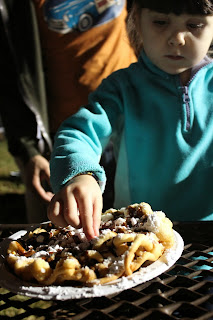 And we rounded off the night with Funnel Cake and an Amish Doughnut.  It was the perfect ending to a really amazing day.  If you live close and like Hot Air Balloons, make a note that next October in Statesville the Hot Air Balloon Festival will be going strong!  Maybe we'll see you there! 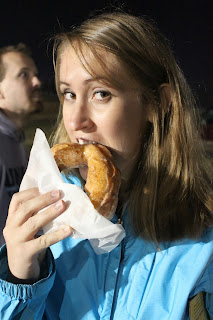 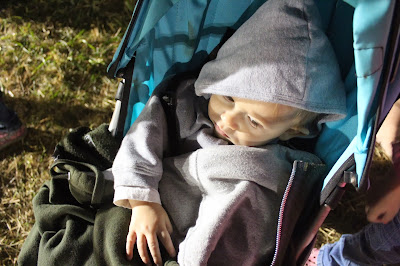 We never go to the fair either.