It's been a while since I've tried to catch Giovanna on paper, so I thought I'd tell you a little about what she is like now, just a few months shy of three (three!) years old.

Gigi likes to be read to.  She is not quite at the place where she can spend oodles of time alone with books, but she likes them in the company of adults, and she loves books with busy pictures.  She loves Richard Scarry books, classics like Curious George and Madeline, and books about the natural world.  She has a thing for astronauts and outer space, the human body, reggae music, world landmarks, and good art. 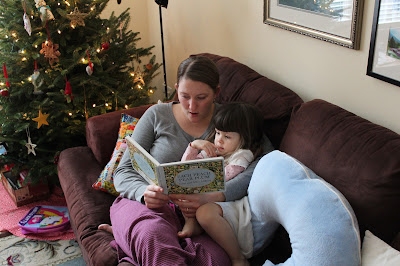 Gigi is still a solo player, even in the company of good friends.  She loves people, and parties, and thrives with our busy social calendar, but will typically still play by herself in a room of toys and other children.  That said, making connections with others is important to her.  She hugs as a greeting, high fives on the way out, and likes to tell us when she has shared with a friend ("I shared with her, mommy!").  She can be shy around adults she does not know, but warms up quickly when people show kind interest in her.  At church and in our neighborhood, on the other hand, she thinks she owns the place.  She steps up to the microphone every month to share her testimony completely by herself, and when we pull in our driveway and the older kids are playing in the yard or the street, she spills out of the car with a loud, "Hi guys!" and walks over to show them some article of her clothing she is sure they will love.  She loves having two grandmas here.  In our Kindermusik classes and at our coop preschool, I have observed how she can have a calming effect on a group of children.  She is still two and can be wiggly, silly and totally out to lunch, but she has a stereotypical "girl" aura around her - fairly well behaved, mellow, responsive to adult instructions, etc.  I value manners and I value respect, but we'll have to make sure she is well equipped with sufficient moxy and communication tools to assert herself as she grows older!

Our biggest challenge socially so far is personal space - other children, her age and older, have a habit of crowding around her and trying to pick her up.  We've practiced it so many times that now, without any prompting from me, she'll whirl around, furrow her brows and say, "I need some space, please!" 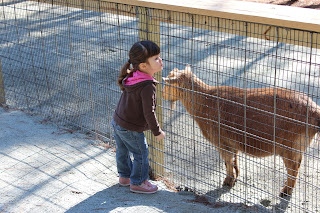 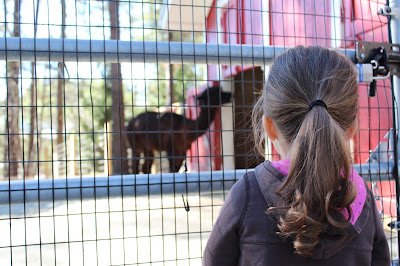 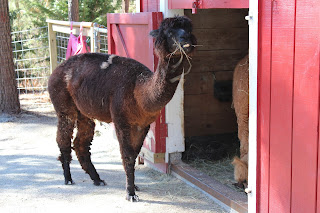 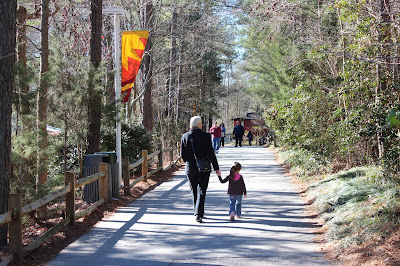 Giovanna has become very helpful with Orion, and likes to put his binkie back in his mouth when it falls out, fetch me a burp cloth, the wipees and a new nappie, and throw his dirty nappies in the trash.  She is also becoming more independent and helpful around the house.  The other night I was straightening up the living room in preparation for a dessert night with friends, and Gigi walked in and said, "I want to help clean up.  How can I help organize?"  This morning she asked the same question, and answered it herself by starting to put away her design blocks.  This is especially helpful because lately there has been a lot of mess, as she has rediscovered the tupperware cupboard and is starting to push a chair over to the sink to get herself something to drink when she is thirsty.  This whole independence thing is such a two-edged sword - I love that she can use the potty, get herself a drink, pull on her clothes by herself, etc. but it also means that her silence in the next room could be part of some well-intended mischief.  And of course with independence comes power struggle, which is something we are unfortunately very good at.  (I love this age.  I love this age.  I love this age.  I love this age). 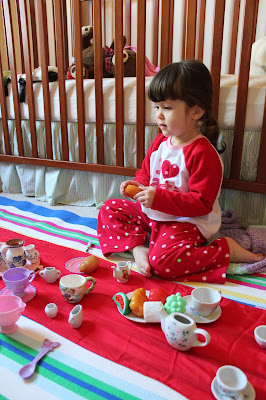 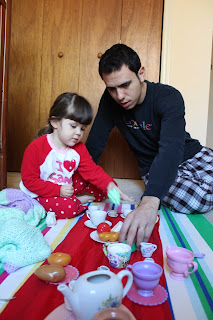 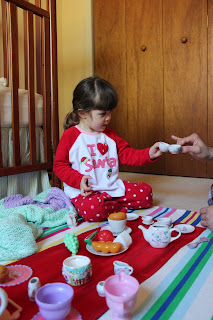 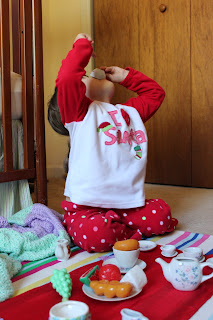 And to wrap it up, some quotables:

Gigi spins around the kitchen floor, and falls down, hitting her head on the floor.
G: We need pointe shoes!  And we need a helmet!

G: Woohoo skadoo!
M: Where did you learn that?
G: Wrinkles nose.  In high school.

Gigi is eating a banana for lunch.
G: When I take a bite of this banana, there is this thing sticking up in the middle.  What is it, mommy?
M: Uhh...  (trying quickly to come up with an answer that won't deter her from finishing it).
G: Is it potassium?
M: Yep, it's potassium!
She happily finishes the banana.  Whew!

Wow, Metts! What a brilliant little communicator!!! Can't wait to see her (and all of you) soon!!!