I'm a bit behind on the blog posts, but there are a few things I wanted to touch on before marching forward with life.

So, back to Christmas Day.  For all that I had built up in my mind about how Christmas morning would be, it ended up being really anticlimactic.  When I went to get Gigi from her bed I told her, "It's Christmas morning!  Do you know what that means?!!!" and she responded very enthusiastically about how we were going to see our friends that day.  Nothing about presents, whatsoever.  And that was a pretty good glimpse into how the morning would run. 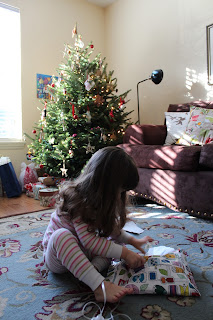 As soon as Gigi opened one or two presents, Marcos and I strategically pulled some of the presents we had given her out from under the tree, to hide back up in our closet for Valentine's Day.  Her attention was just so all over the place, that forcing her to get through opening all of them was more effort than it was worth.  She was very appreciative, but she is still at the age where gifts are not the most magical part of the Christmas season.  All she needed was one new toy and then she was off skipping away with her treasure.  Present opening continued that afternoon, and a few days later, and I think we finally got to our stockings by New Years Eve.  I know that sometime in the future her life will be all about the presents, and that I should be grateful that spending time with her friends is more interesting to her. 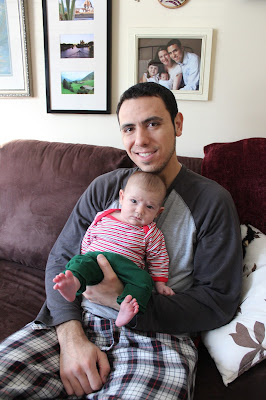 I know that I'm biased because he is my son, but Orion is just so beautiful.  We want to nibble him all day long. 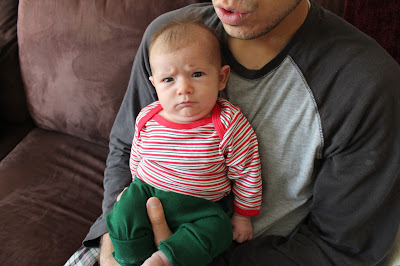 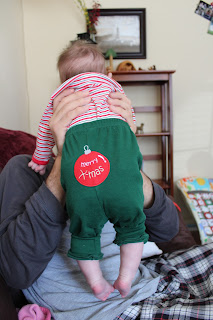 My mom drove over from her place in the morning, and after the first round of present opening, we had a big brunch that we had prepared the night before so that our morning would be low key - breakfast casserole, sweet breads and fruit.  Gigi received the one thing she had asked for - gummi bears to share with her preschool friends - and she had to sample them to make sure they were tasty.  Not wanting to suppress any generous thought, I gave Santa permission to buy her the gummi bears.  Over the next week or two she was very diligent to share them with any friends she played with. 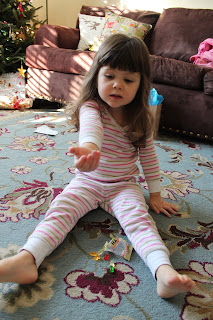 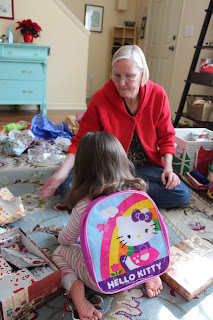 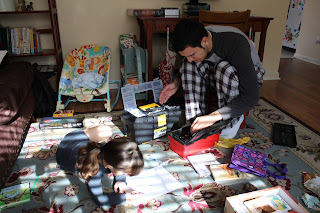 After our brunch we went to visit the Vanderwalkers for post-brunch and sleepy Christmas afternoon talk time, and then had a ham and scalloped potatoes dinner with our friends the Hills in Raleigh.  You know, Gigi has it right - people really are the most important thing about the holidays!
Posted by Metta at 11:54 PM

I love the gummy bear story.