What I would have said to Diane

Last week Marcos and I were listening to NPR's Diane Rehm show in the car, and all of a sudden I felt passionately enough about the topic to call in. Call in! This is National Public Radio we're talking about!

Apparently, the entire nation was equally as moved. After inviting people to call in and advertising the telephone number only once, Diane stopped repeating the number because the lines were already so busy. After Marcos and I attempted to remake the number in our heads, and I tried calling random toll free numbers with similar digits, finally I got a hold of Miss Jeanne of some motel in Alabama, and I stopped dialing and gave up. 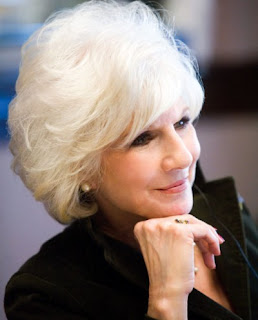 Diane Rehm, of one of the best radio shows ever.
Just to get you up to speed, the show was actually an interview with William Powers about his new book called "Hamlet's BlackBerry", about the advantages and pitfalls of living in a world of constantly changing technology. He had a few really interesting things to say, and both Marcos and I were intrigued. Together as a couple, we often agree that our evening life would be much different and - *gasp* - better if the internet were disconnected at a certain early-ish time, however, we have never quite been able to pull it off. But William Powers said that in his family they observe the "internet Sabbath": each Friday evening the modem is disconnected FOR THE ENTIRE WEEKEND. He said that at first it was difficult, but he had come to realize that the availability of internet access had allowed everyone in the family to disappear to their own computer stations and that it was affecting their family unity in a negative way. He was not anti-technology at all - in fact, he gave many examples of how modern technology enhances our lives - but his point was simply that we should be careful consumers.

So now you get to hear what I wanted to say.

What I wanted to say to William Powers and Diane, and what I've been thinking about for a long time, is how amazing it is that we "young" people in society have such a lack of healthy skepticism when it comes to technology. When we weigh the decision of whether or not to purchase a technological gadget, our cost/benefit analysis is often missing a crucial element. Under the "benefits" lists are always detailed descriptions of how this thing is going to revolutionize our life in endless ways, but the "costs" list usually ever includes only one thing: money. Sometimes we get lost in the analysis of how the cost of the attractive sexy machine plus the monthly cost of making it work will put a hole in our pockets, when I think that the ultimate question is, "In the bigger scheme of things, is this gadget going to enhance or distract from the truly essential things in my life?". Forget about the money. What about our families? Does what we want to buy increase quality time, or does it distract from real interpersonal connection and our responsibilities? It seems like once a gadget has passed those questions favorably, only then is it time to start looking at the monetary cost... 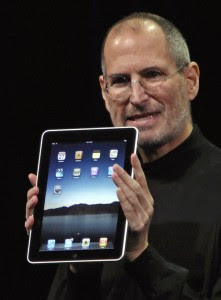 Oh Meta! How wonderfully stated. I wish you could have gotten through to say that. I feel the EXACT same way. I am in need of buying a new computer and when I told my coworkers that I am looking into a desktop, they were somewhat skeptical. I told them I don't like the picture of my husband and me both on our laptops in the same room. I don't NEED to have access to my computer at any time in any place in the house. I'd rather have a computer in one room, do whatever I need to do, and then leave. A co-worker said that would make me "the only person in America that does that". How sad!!

I've heard of people making their computer areas at home 'stand up' stations (meaning no chair and at 48" or so). Supposedly it cuts down on the amount of pointless browsing time spent on the computer. It seems gutsy, but I've wondered about it...

So true. Whenever we talk of getting a new fun gadget I sort of cringe a little. Love the life where lack of money keeps things simple!