The Weeks before Christmas

And here we are again, back to talking about December!  We traveled for Christmas, so we tried to do a few local fun activities before we left for Utah.

We made it to the Emerson Waldorf School holiday fair, one of the places we like best around these parts.  Poppy lemons, the carriage ride, happy Orion and Gigi's gnome hat. 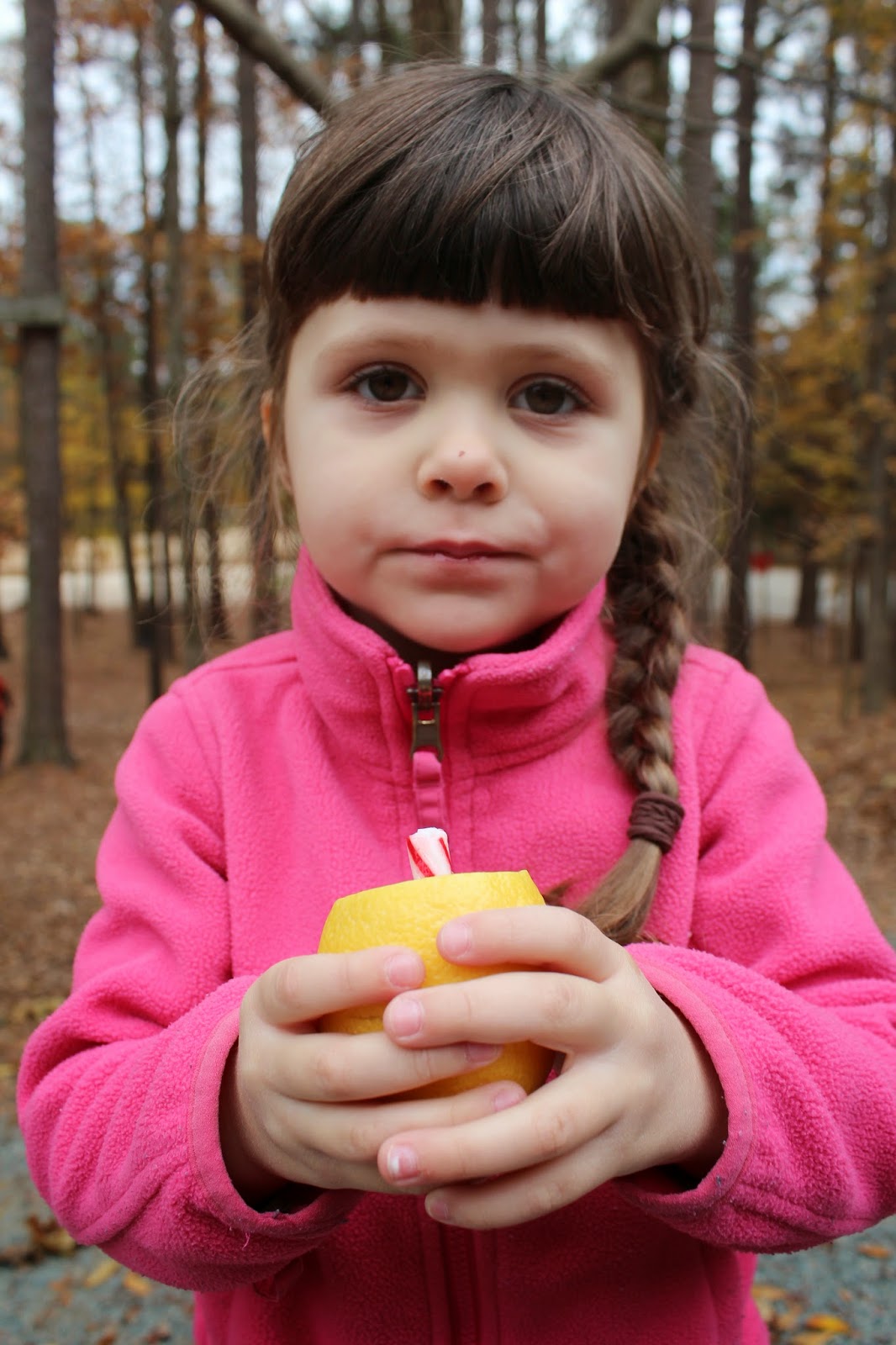 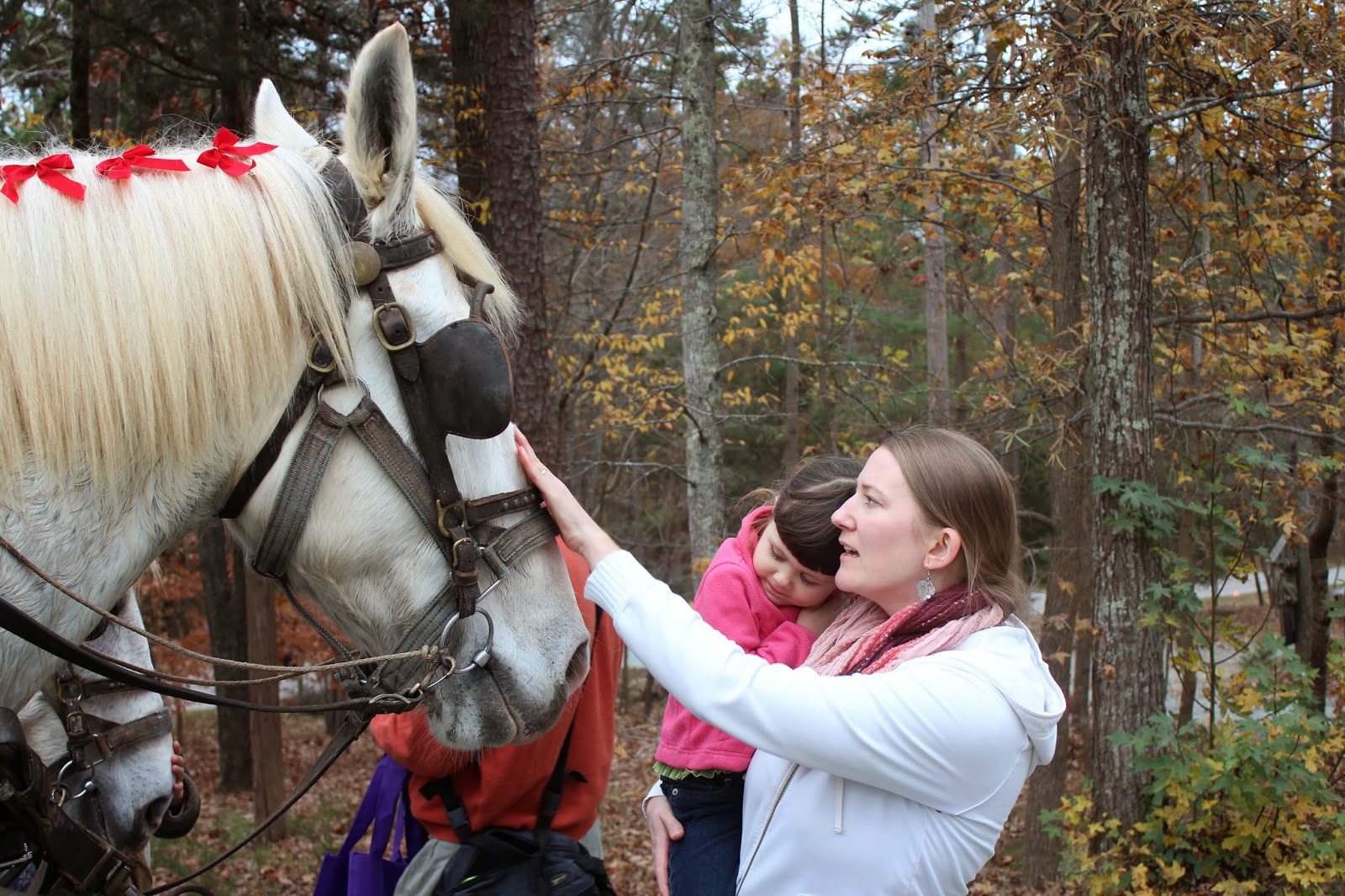 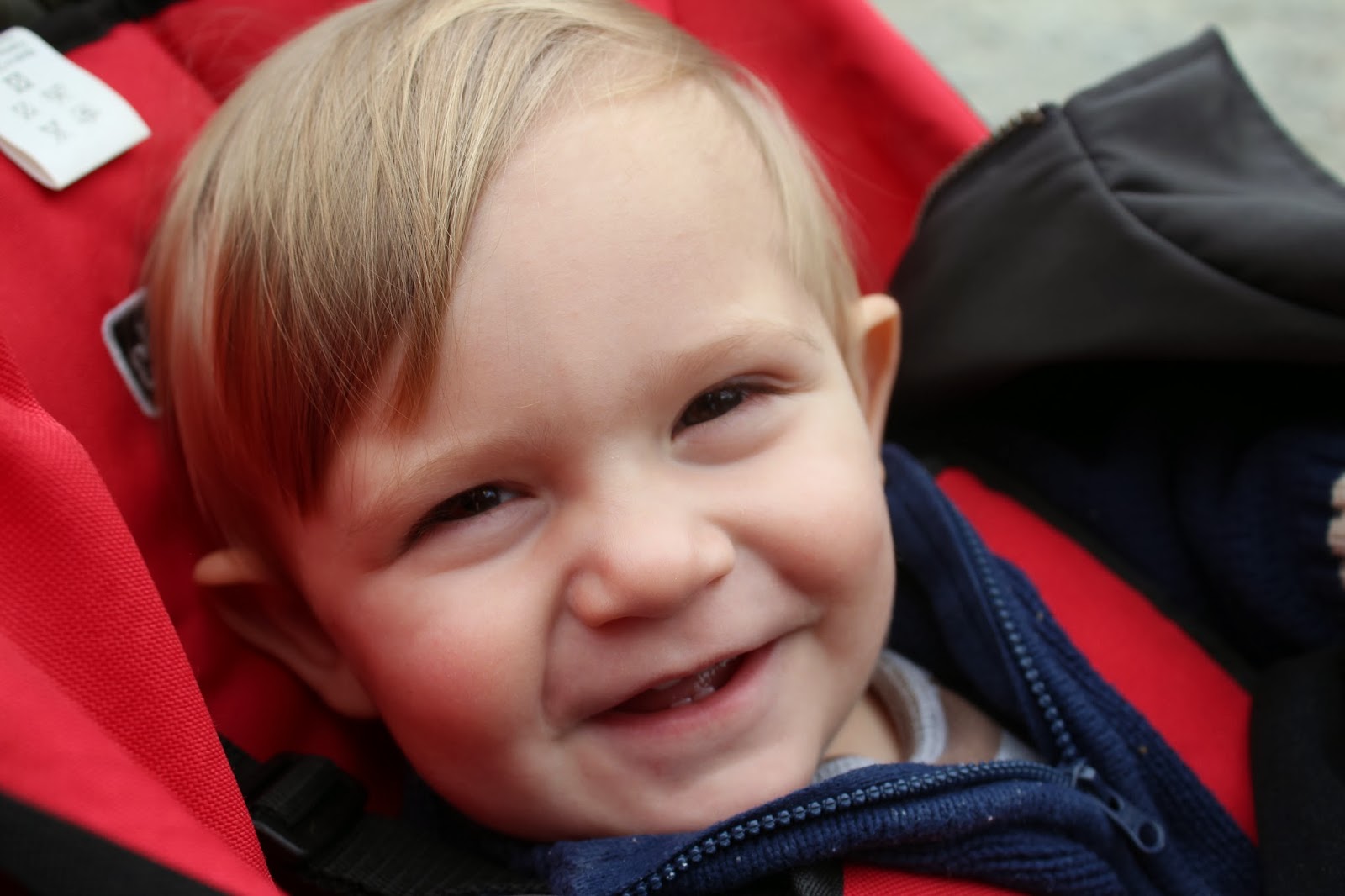 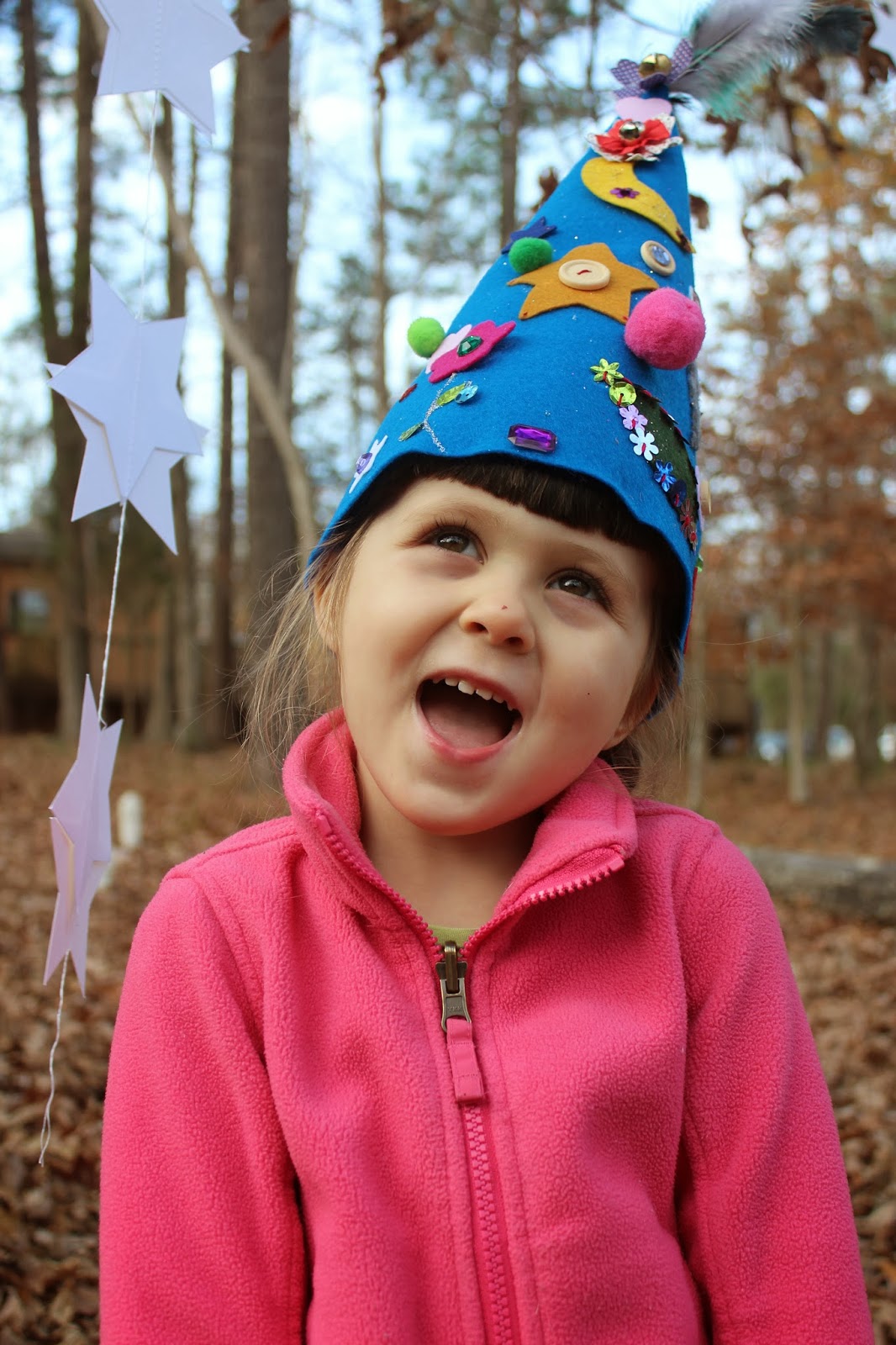 On a cold Saturday morning our friends Zoe and Cary invited us over for a pancake breakfast and the Hillsborough Christmas parade.  They just happen to live on the parade route, and wasn't that handy to just step out into the front yard to watch the small-town procession march by!  There were a lot of local businesses, churches, school marching bands and a lot of girls dancing and waving batons and pom poms.  Not one dancing-girl group passed without Gigi improvising to their music on the sidelines with her buddies Silas, Asha and Liam. 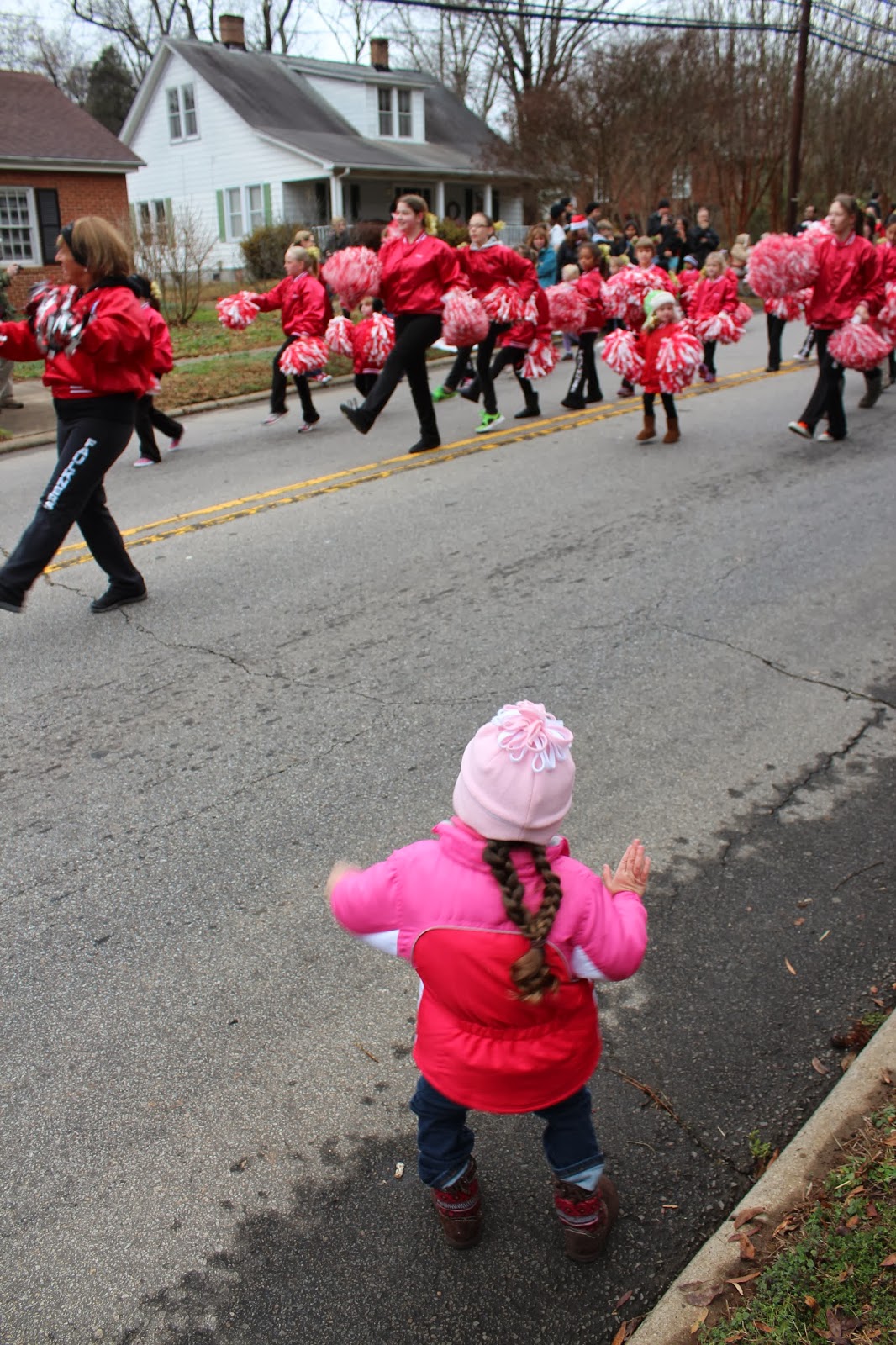 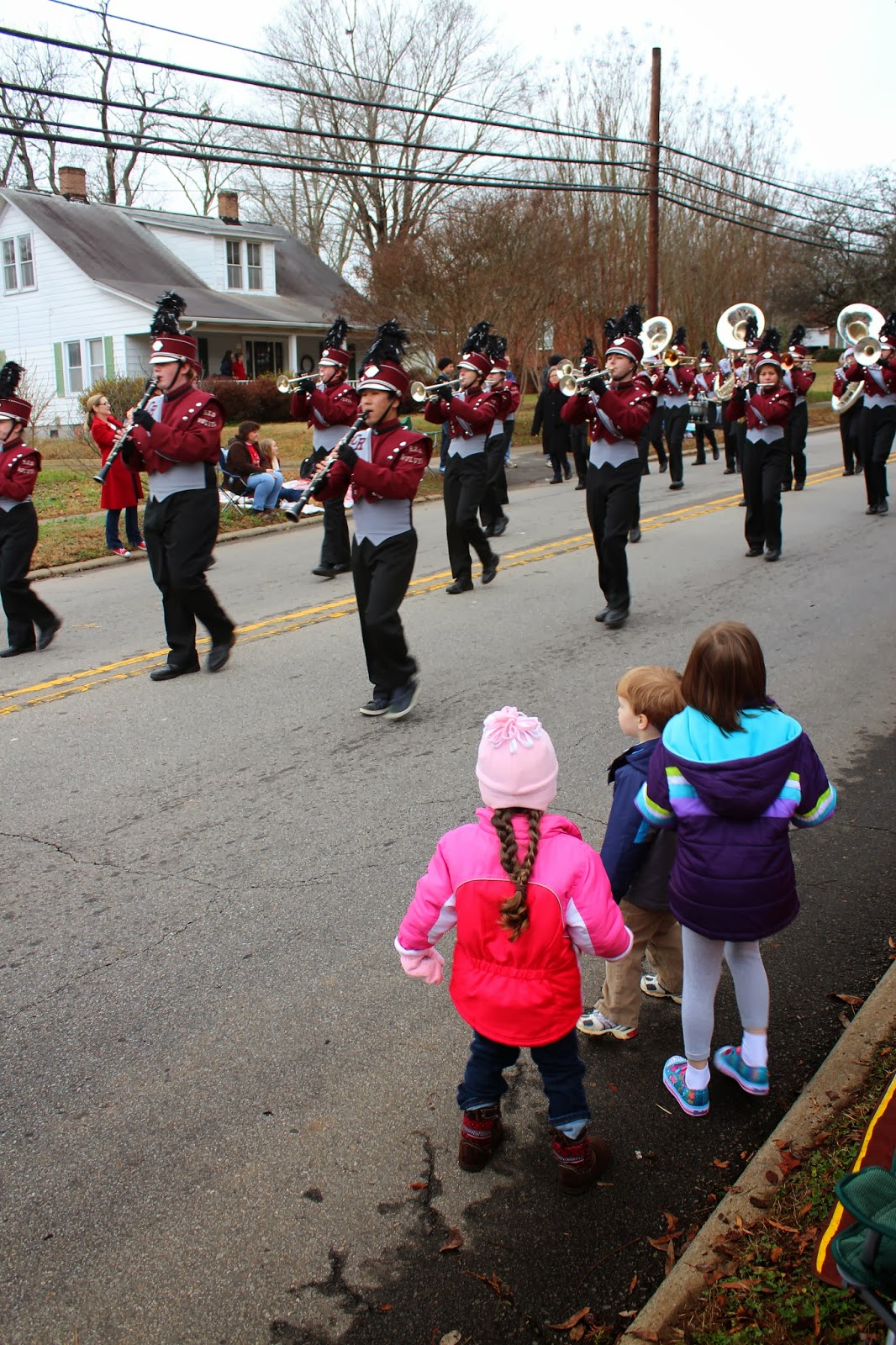 And then there was the spirit of Chanukah.  When we were in New York City at Thanksgivvukah there were crowds of young men in kippas spilling out of trucks and handing out menorahs ("Anybody over here Jewish?").  So we brought one home and sang the Chanukah song every night that we remembered to light the candles.  Kitchens are very homey places when they are lit only by the lights on the Christmas tree and the thin candles of the menorah. 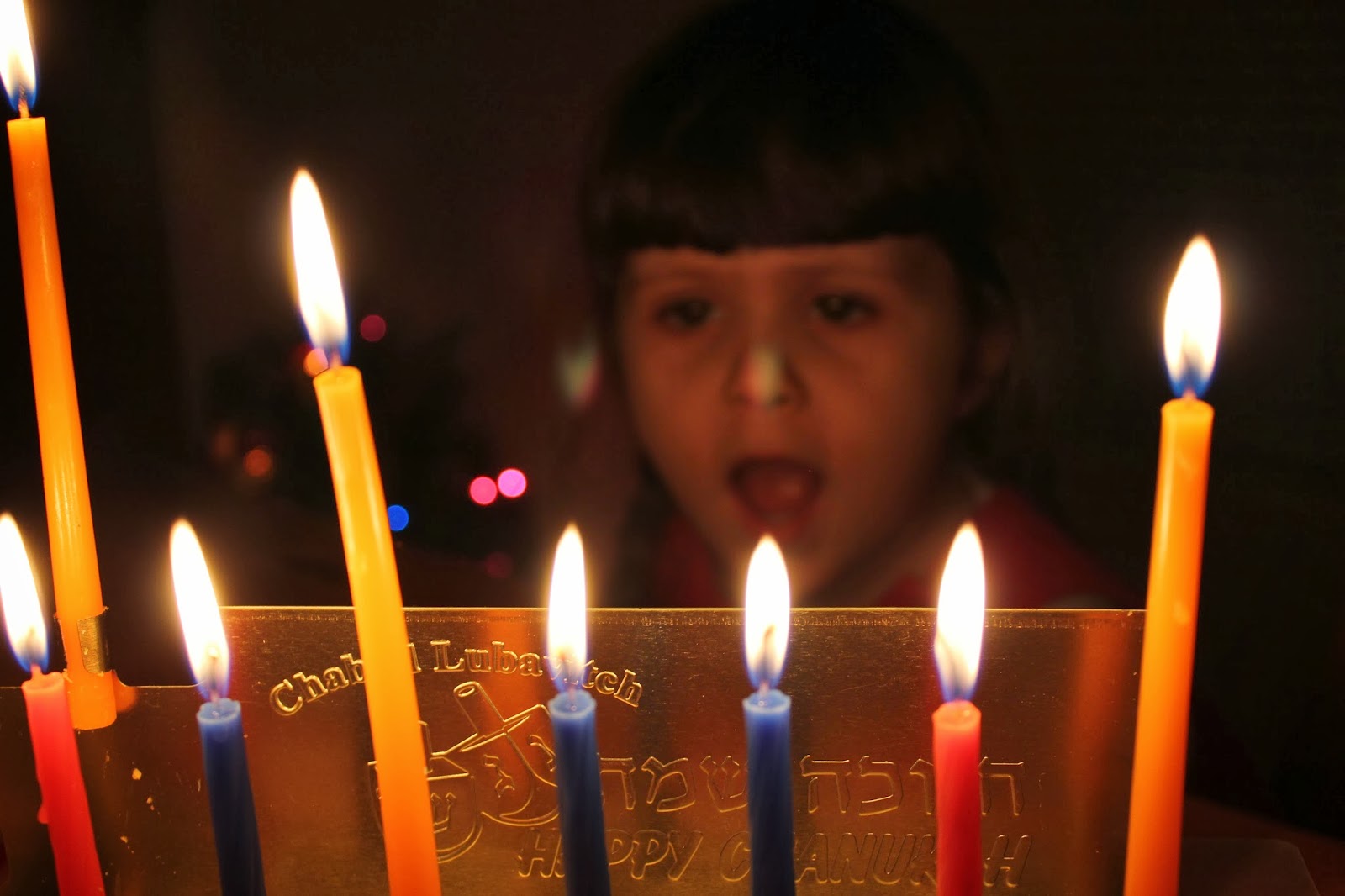 And then there was our favorite small town Christmas party at Fitch Lumber store.  Isn't he the jolliest Santa around?  Orion thought so too. 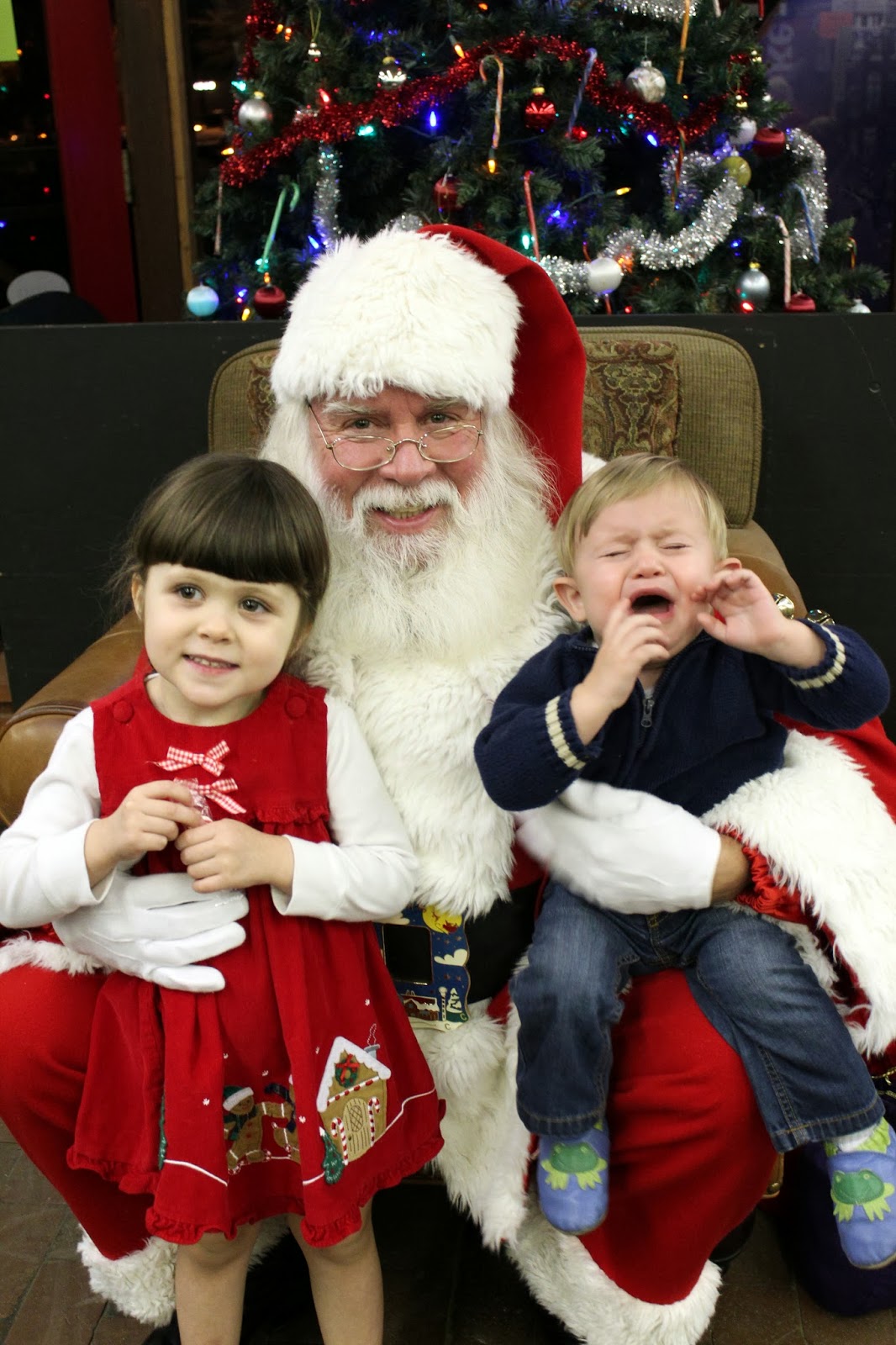 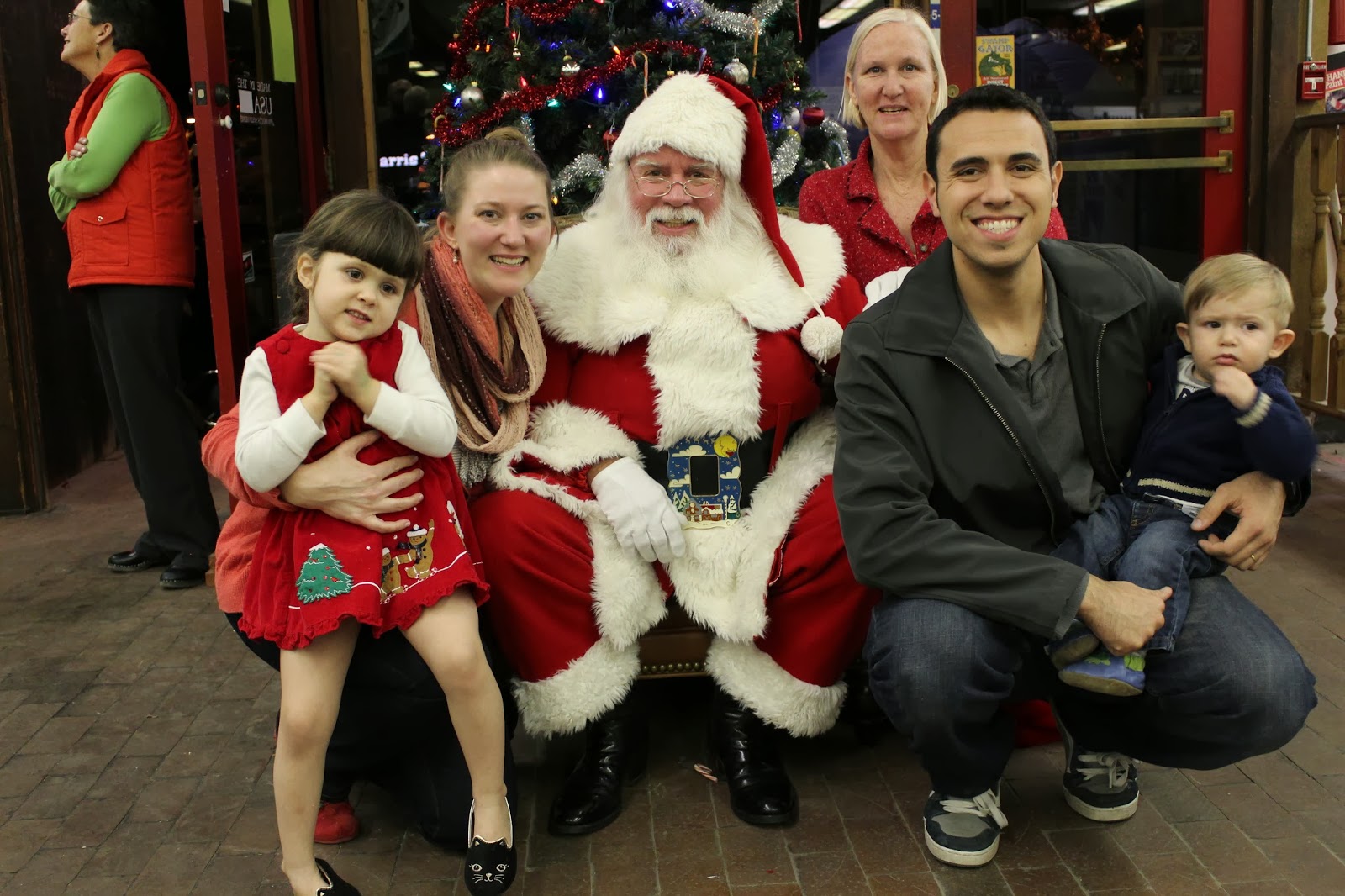 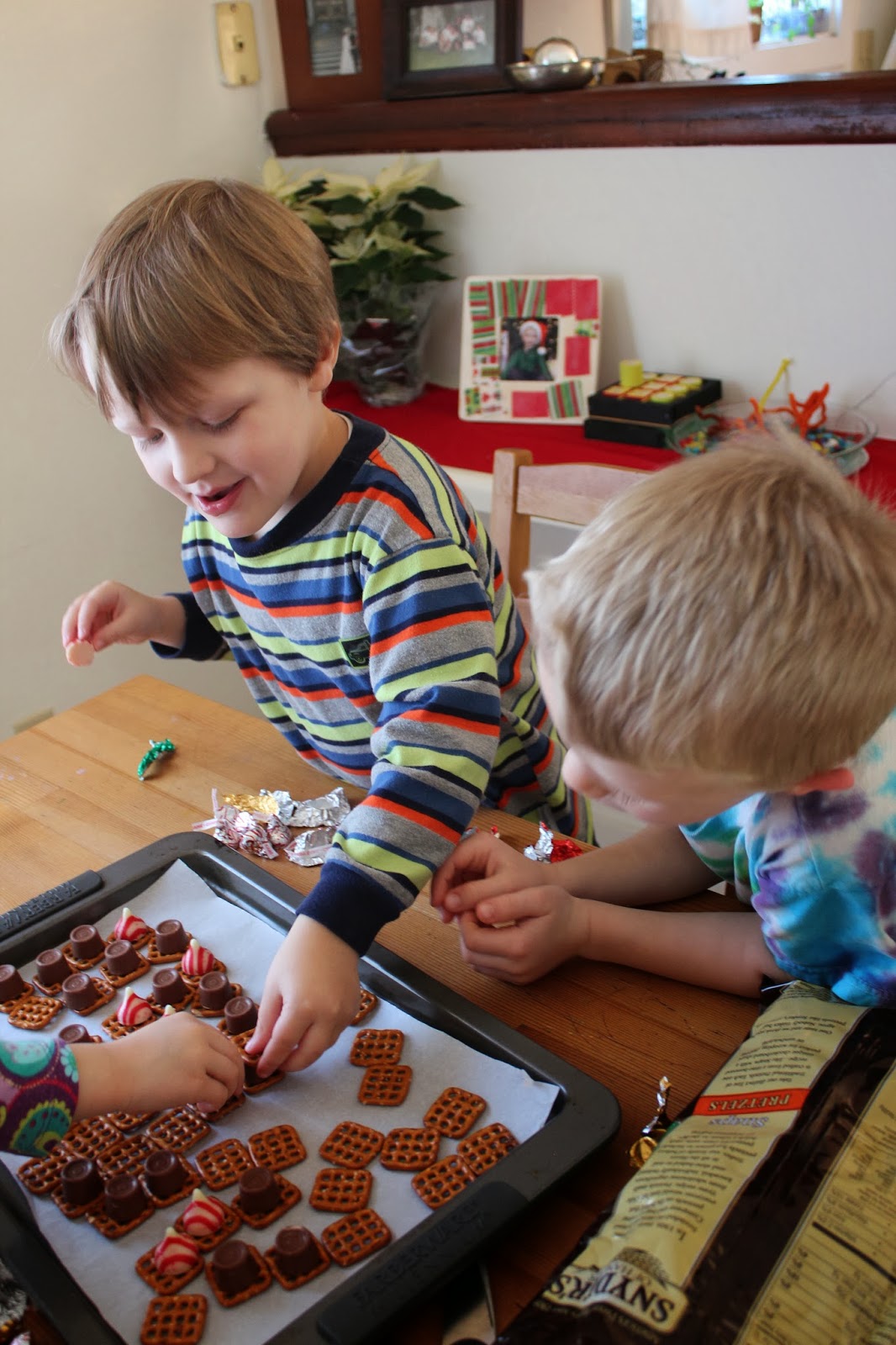 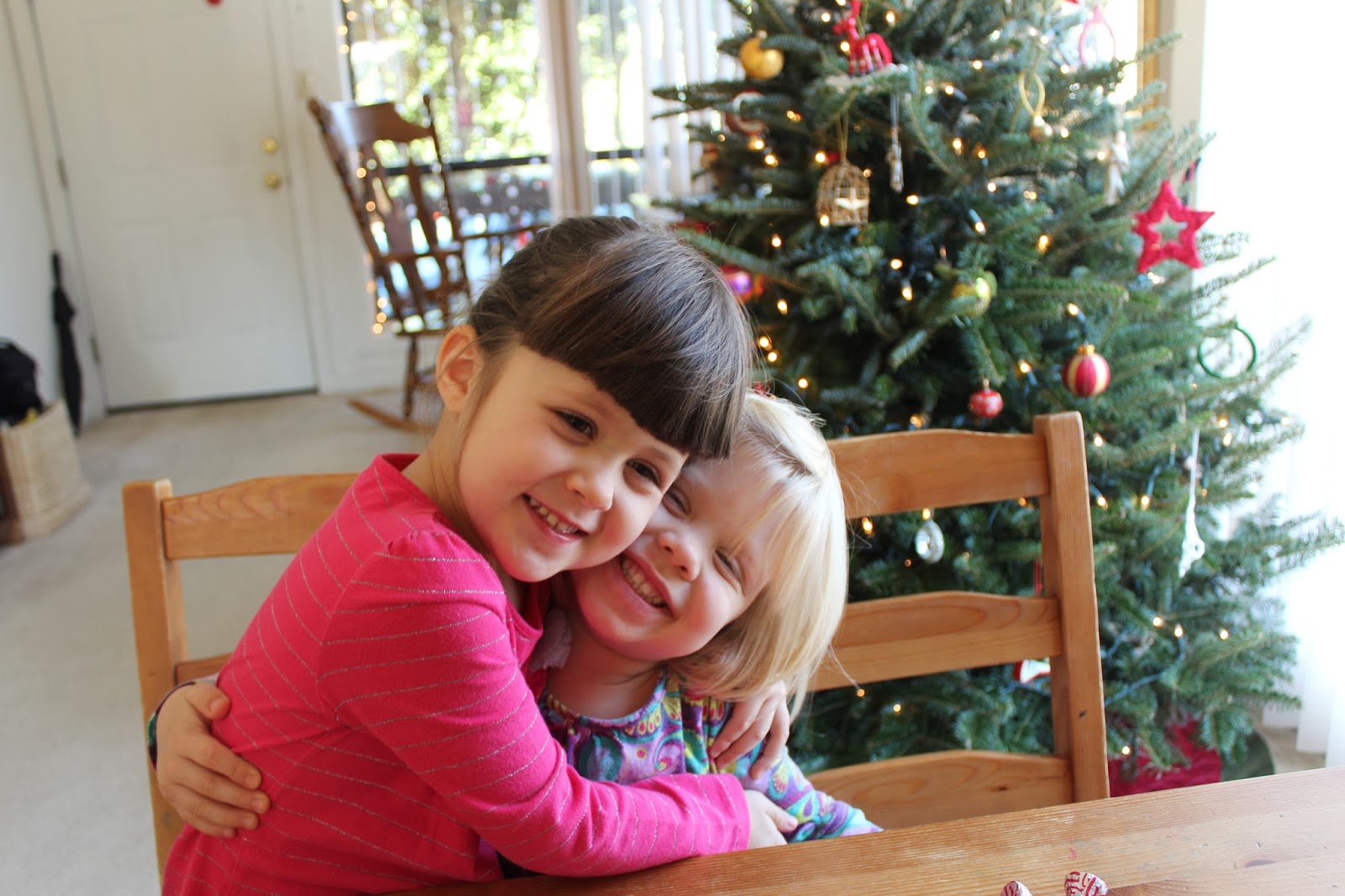 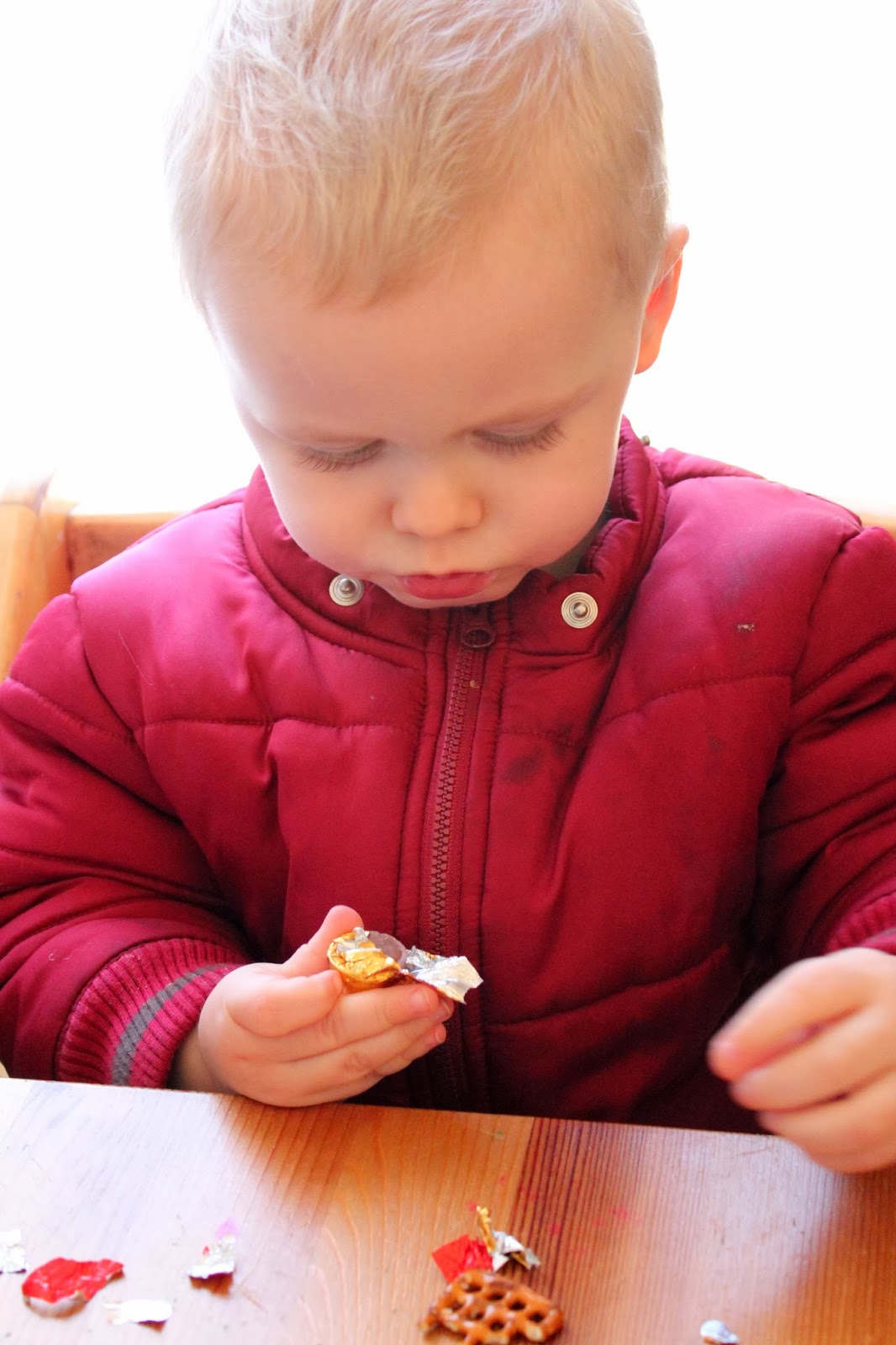 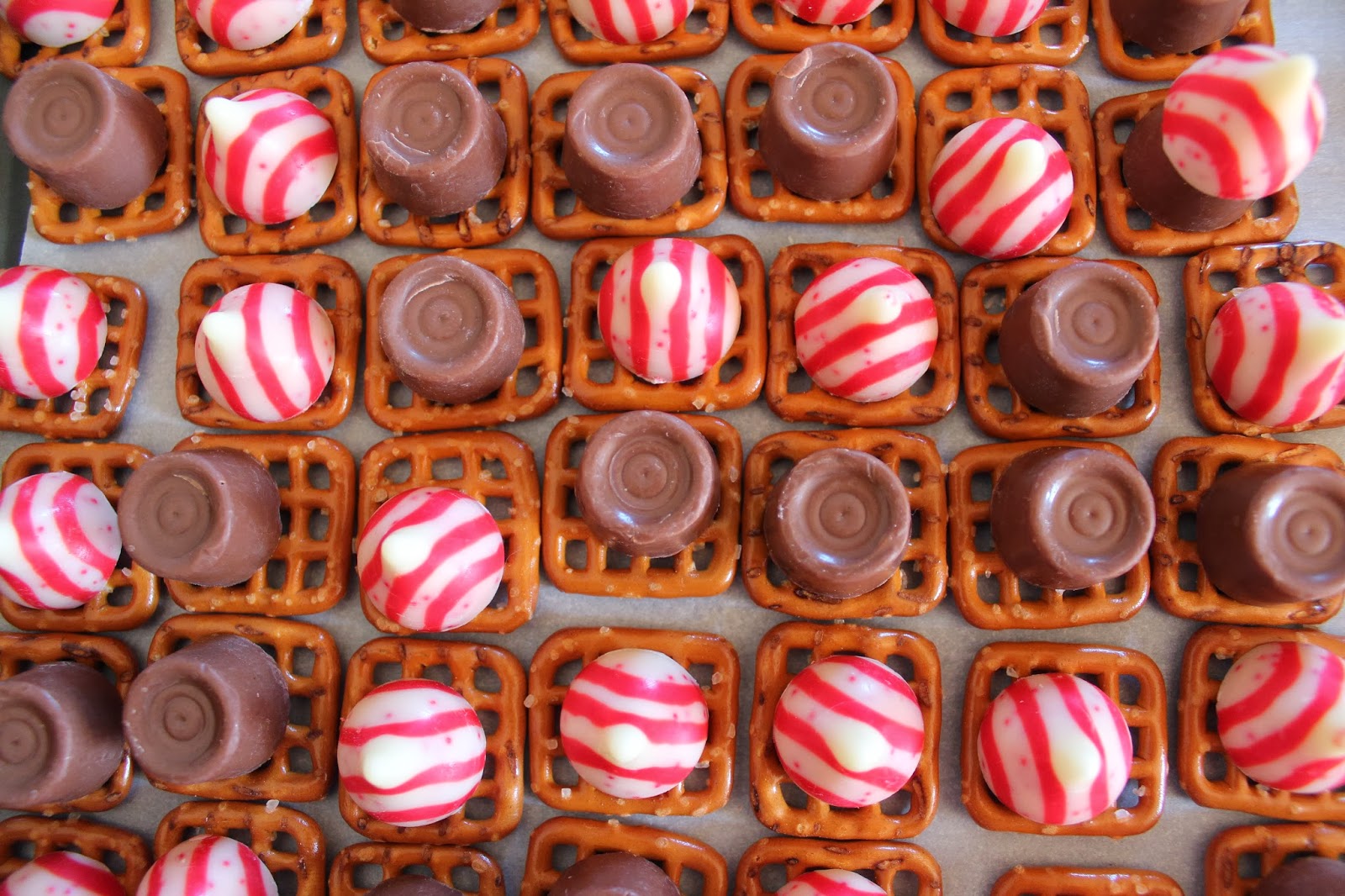 And the delivery is the best part.  We had the nicest firefighter give the kids a tour of the engines and fire station.  Sometimes I wish the kids had a longer attention span, because I always have so many questions that don't get answered.  Here's Gigi in the boots and protective gear that sit at the door of every engine, ready to jump into at the ring of the alarm.  And our little group checks out the extra oxygen tanks the firefighters carry into burning buildings when they know there are others trapped inside who might need fresh air.  Always a winner afternoon. 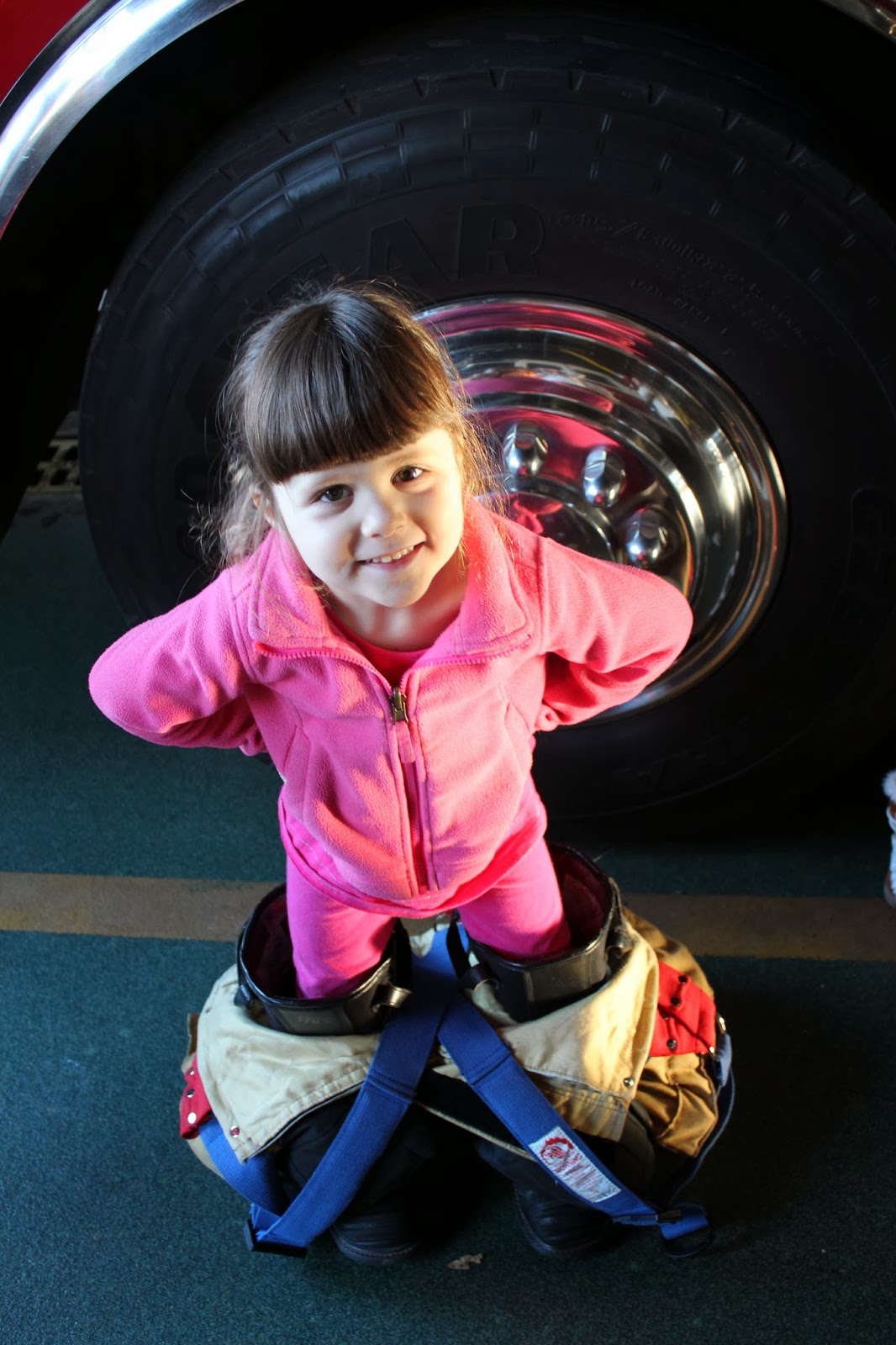 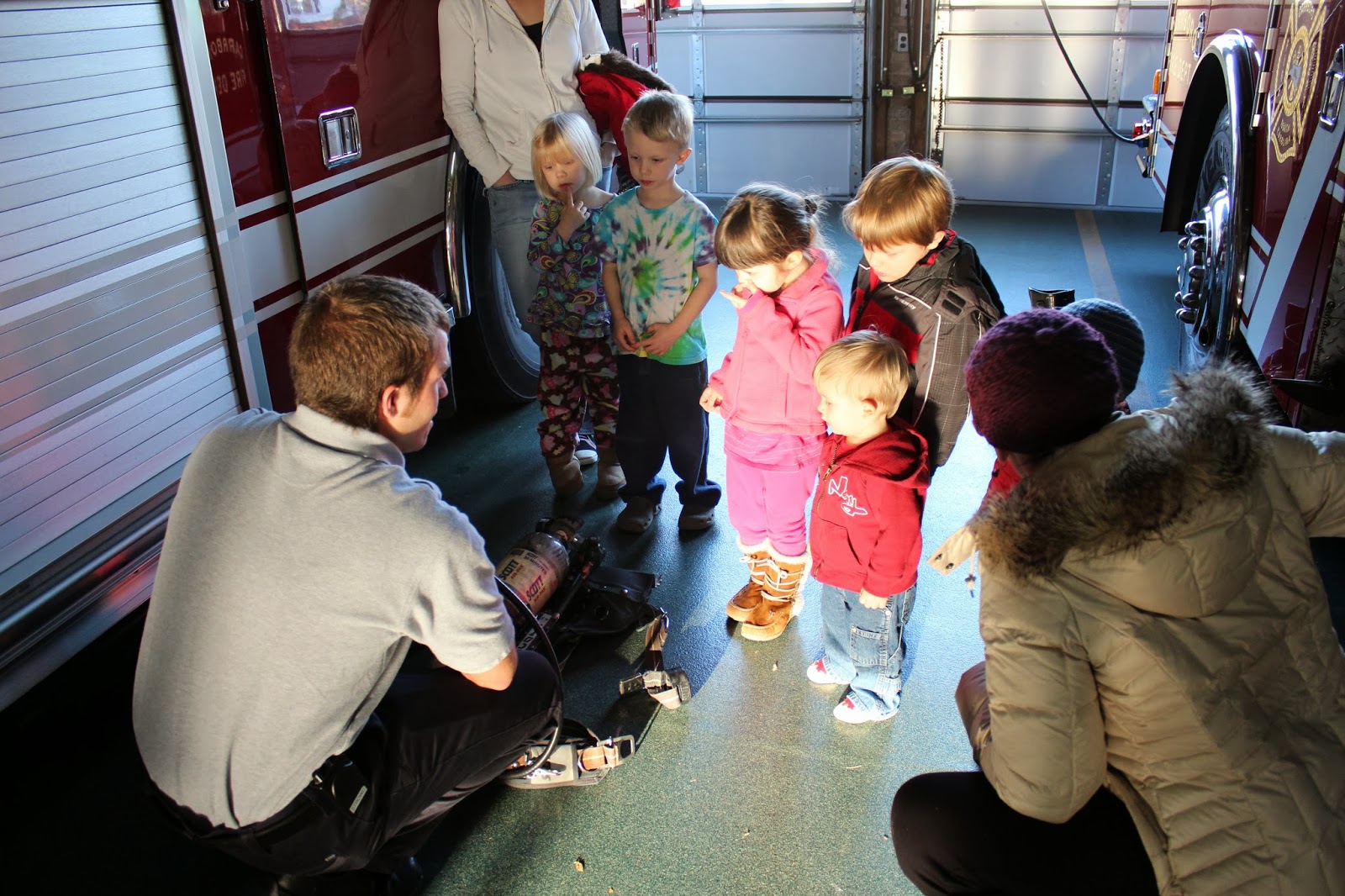 And lastly, our early Christmas celebration with Tutu.  Since we were traveling for Christmas and didn't want to haul presents, we did our gifts celebration early at home. 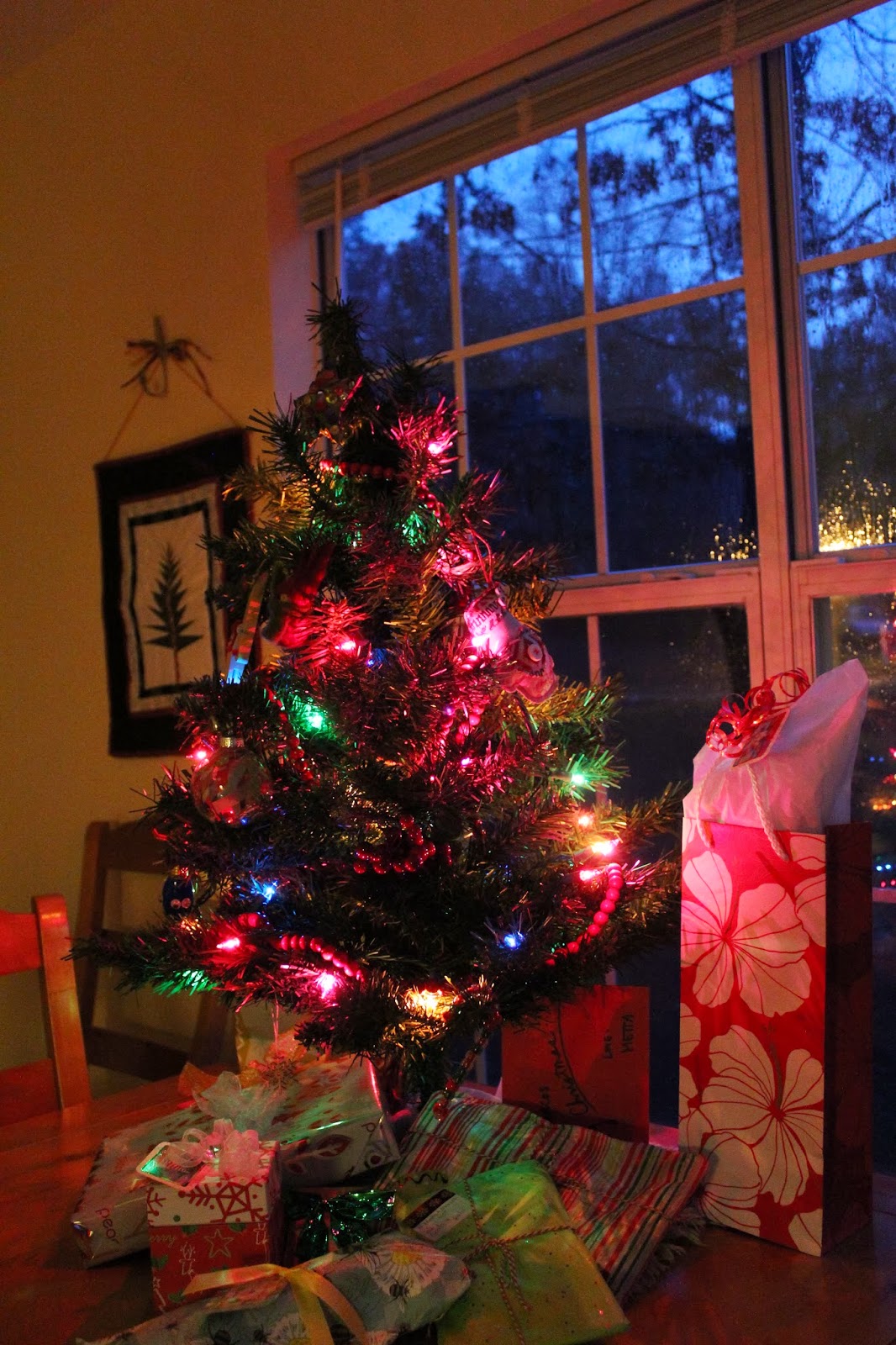 Gigi and Marcos scope out the loot under the tree, Gigi tries on her new clip-on earrings, and Tutu opens her can opener. 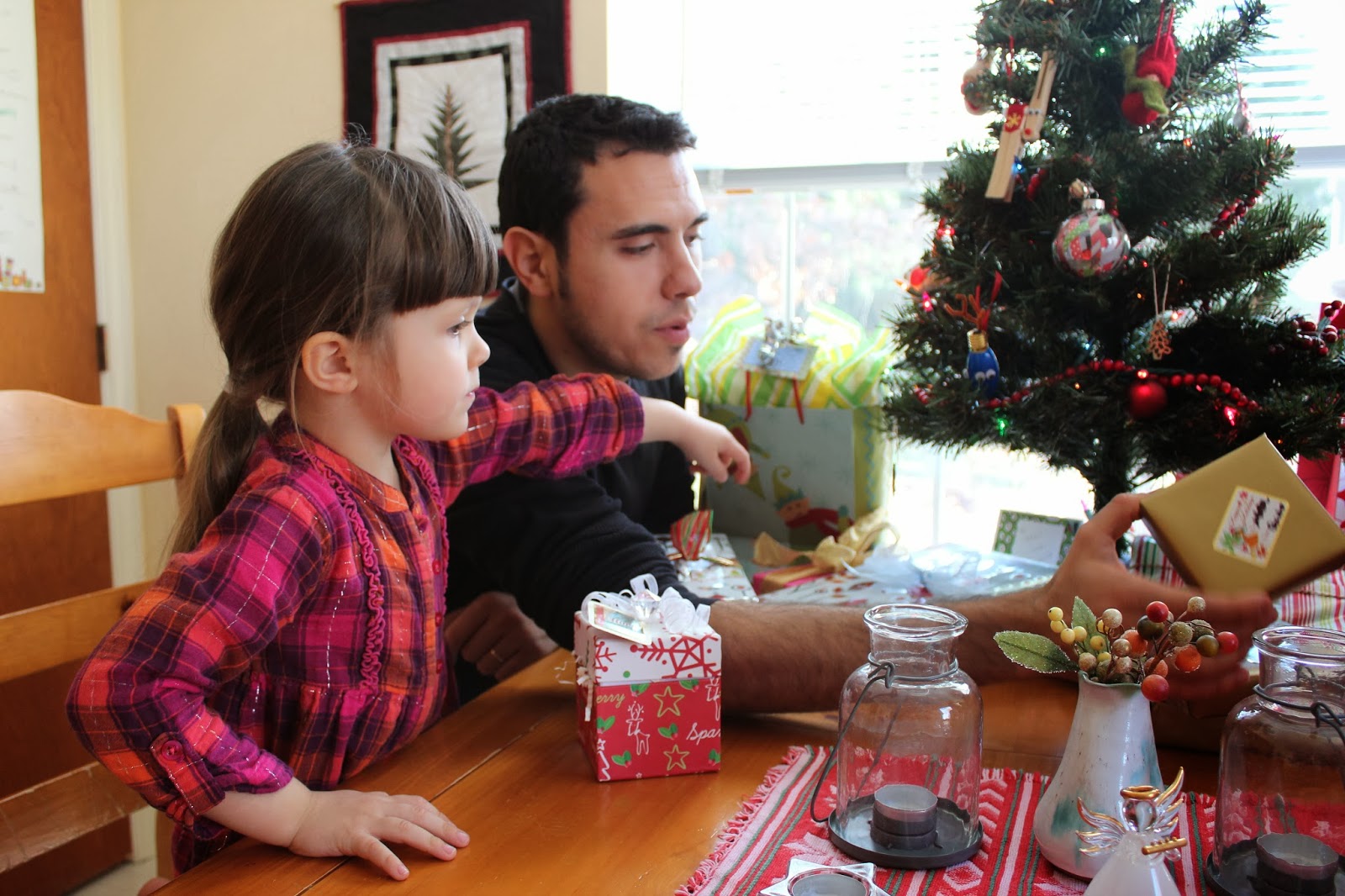 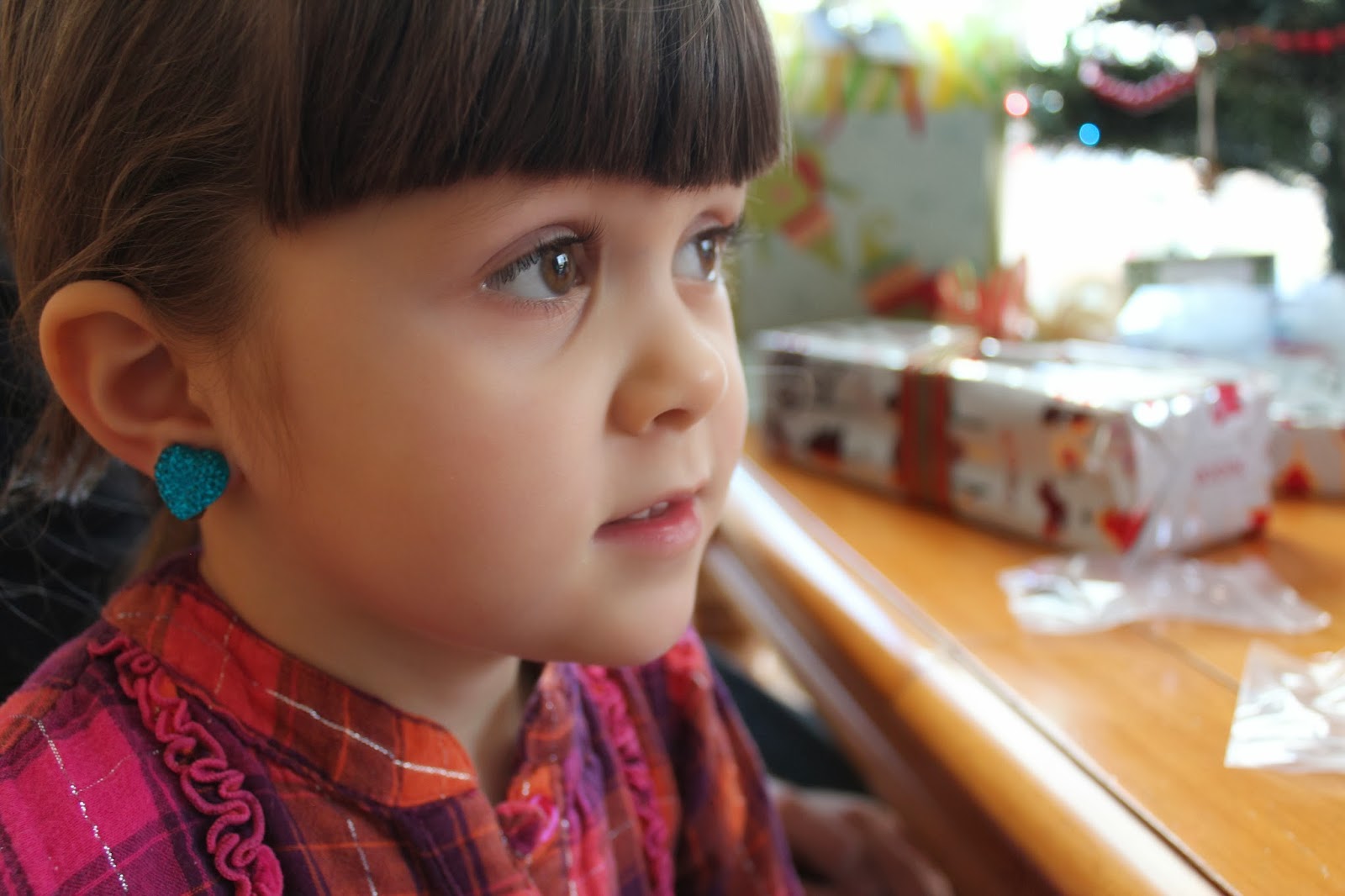 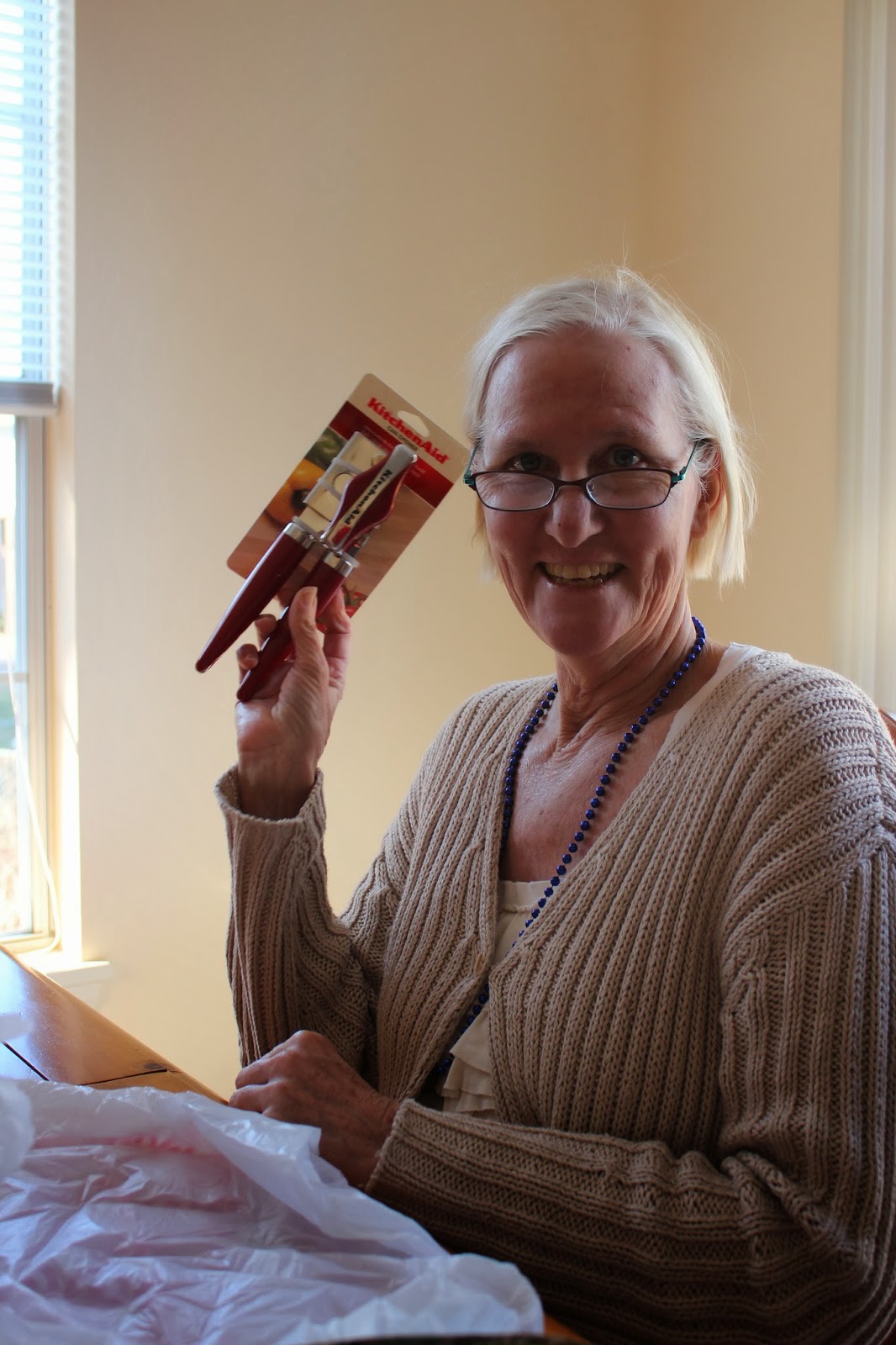 Papai received nail clippers from Orion (with the note "stop using mine!" on the wrapping), and Orion got a new dinner plate.  (I know we're such interesting gift givers, stop gushing!) 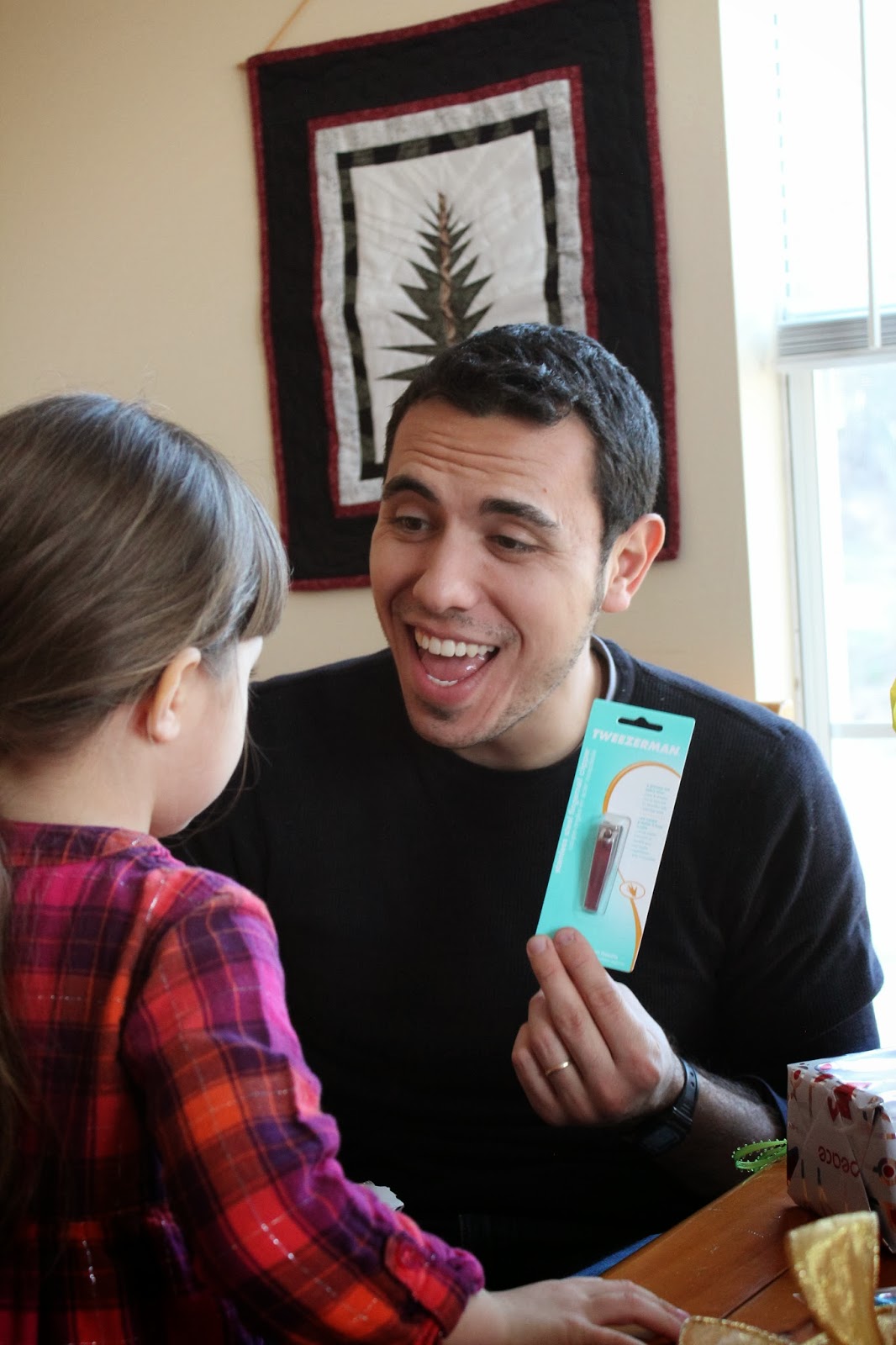 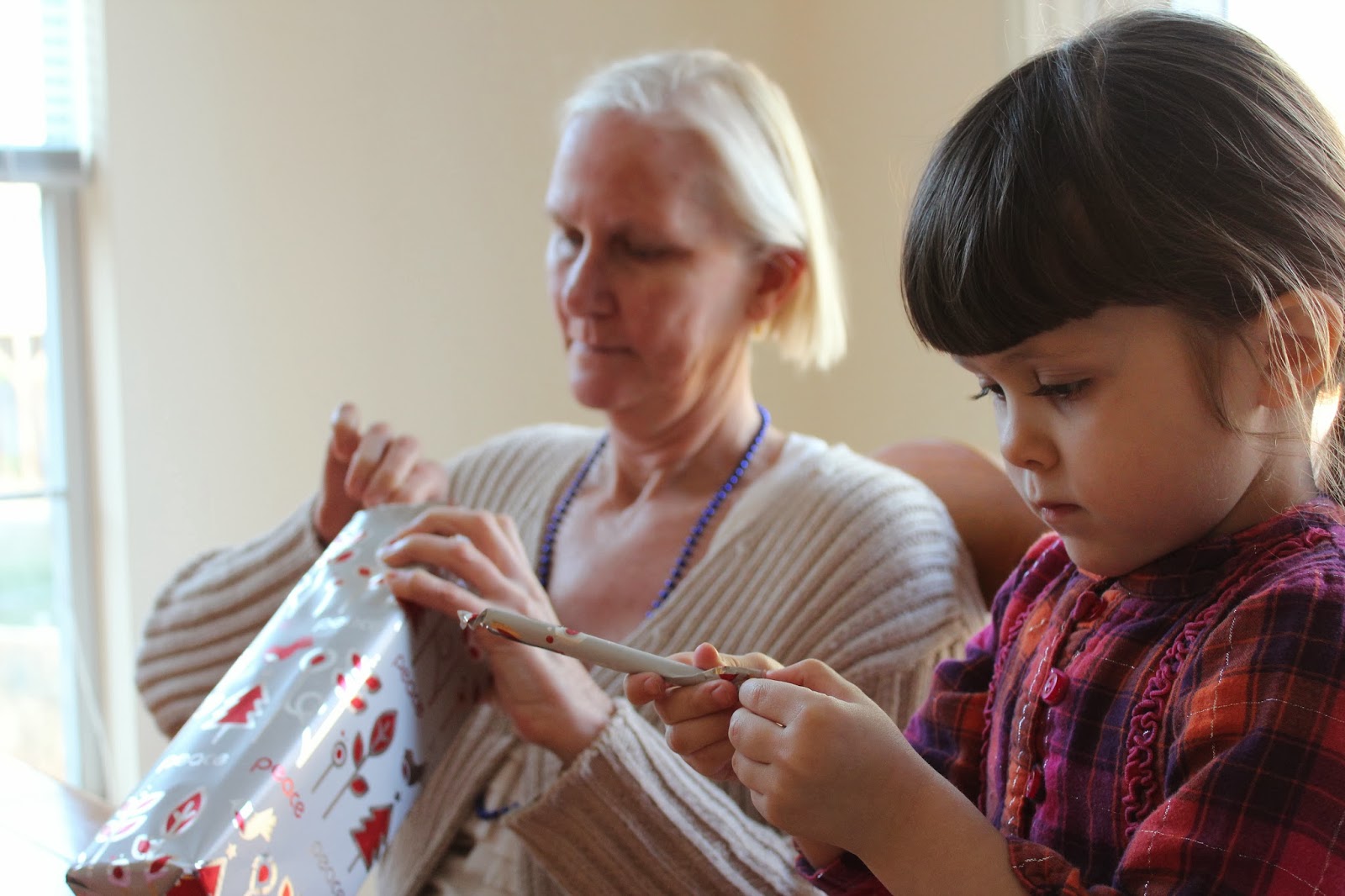 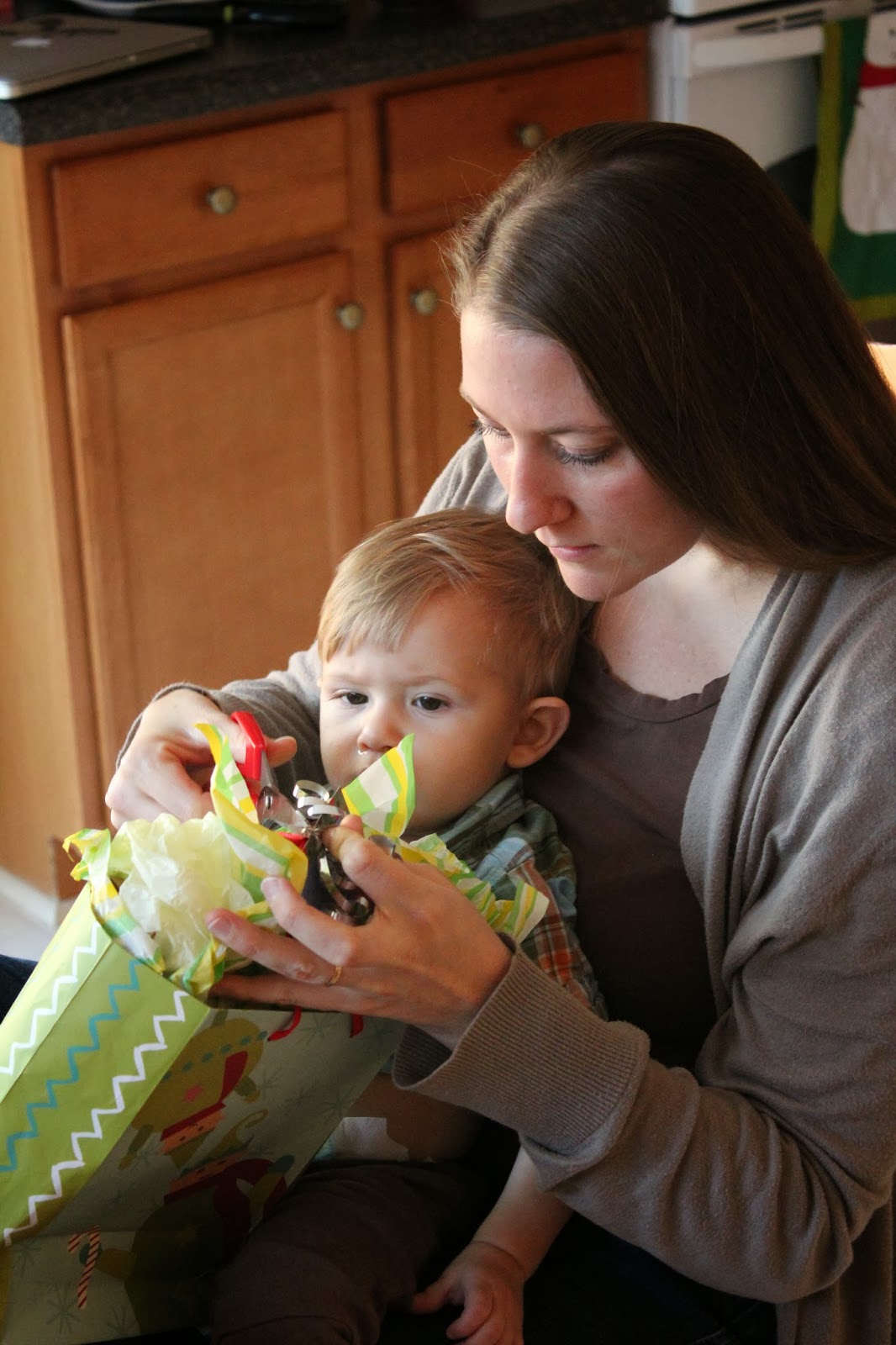 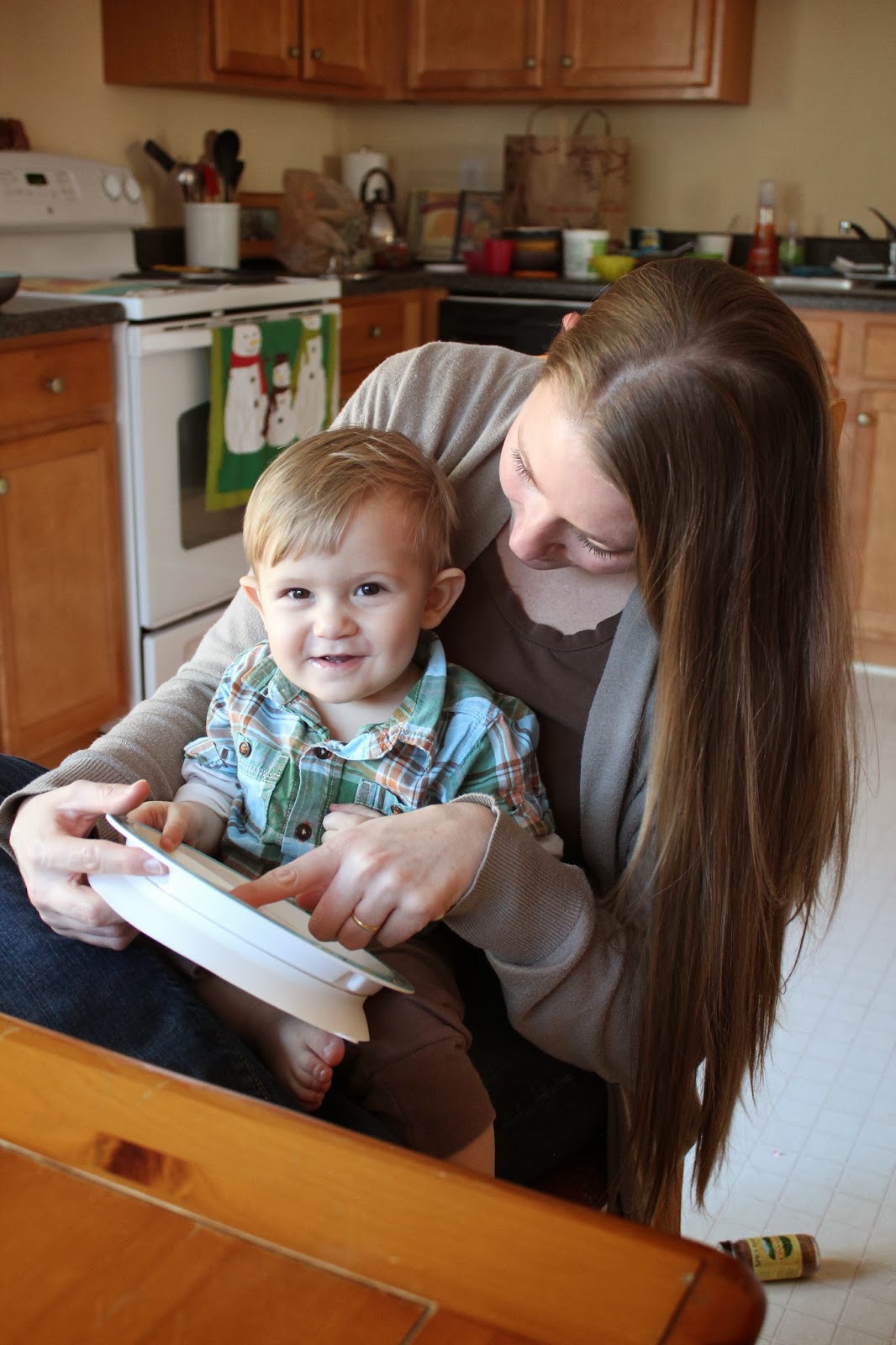 Unknowingly, Marcos got me a 90-minute massage and I got him an appointment for acupuncture, so that was kind of funny.  He also surprised me with gadgets for my camera, which have already come in handy.  And Gigi now has her first baby doll, from Santa.  Her name is Lydia and she smells like vanilla, which I like. 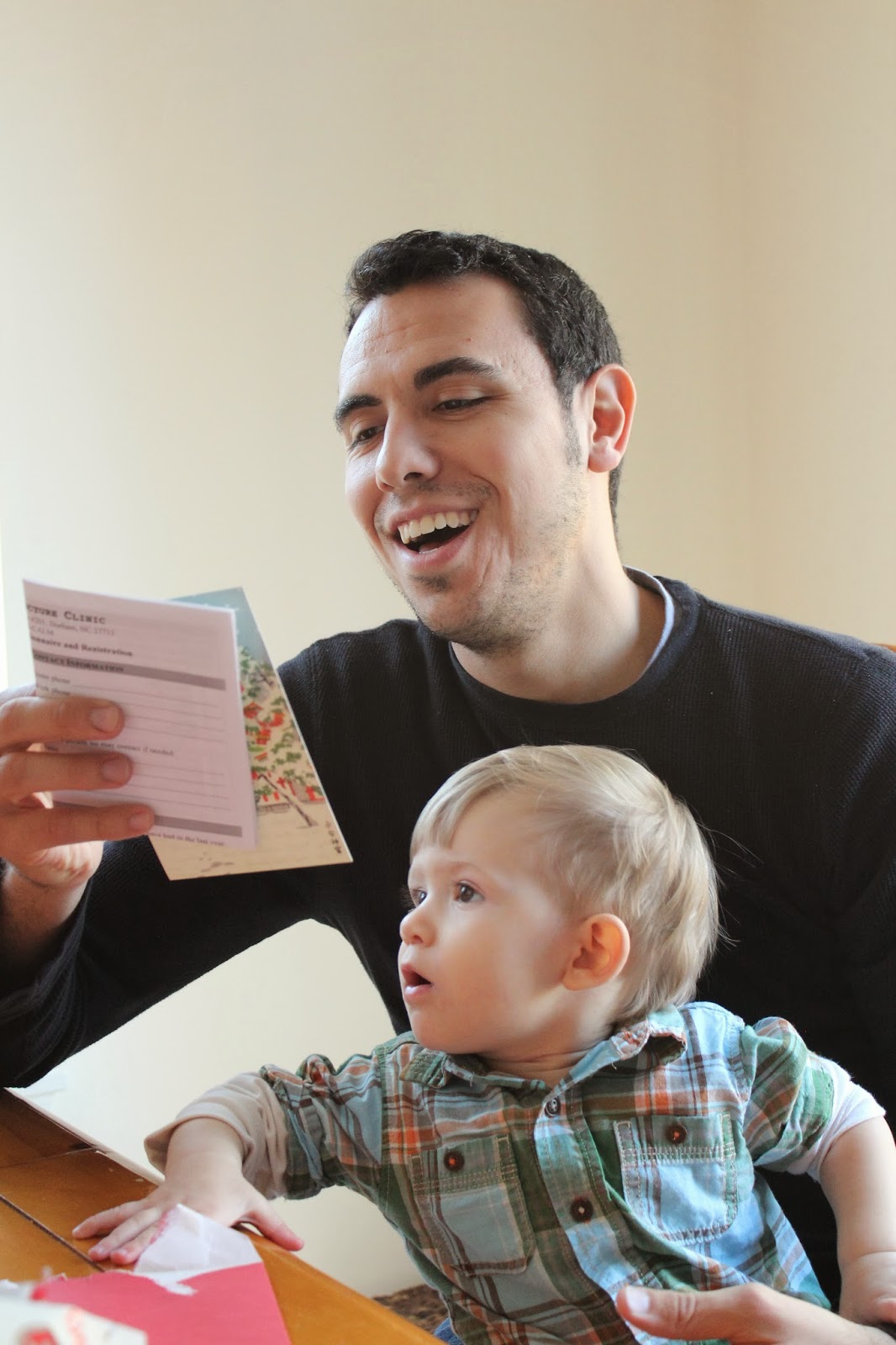 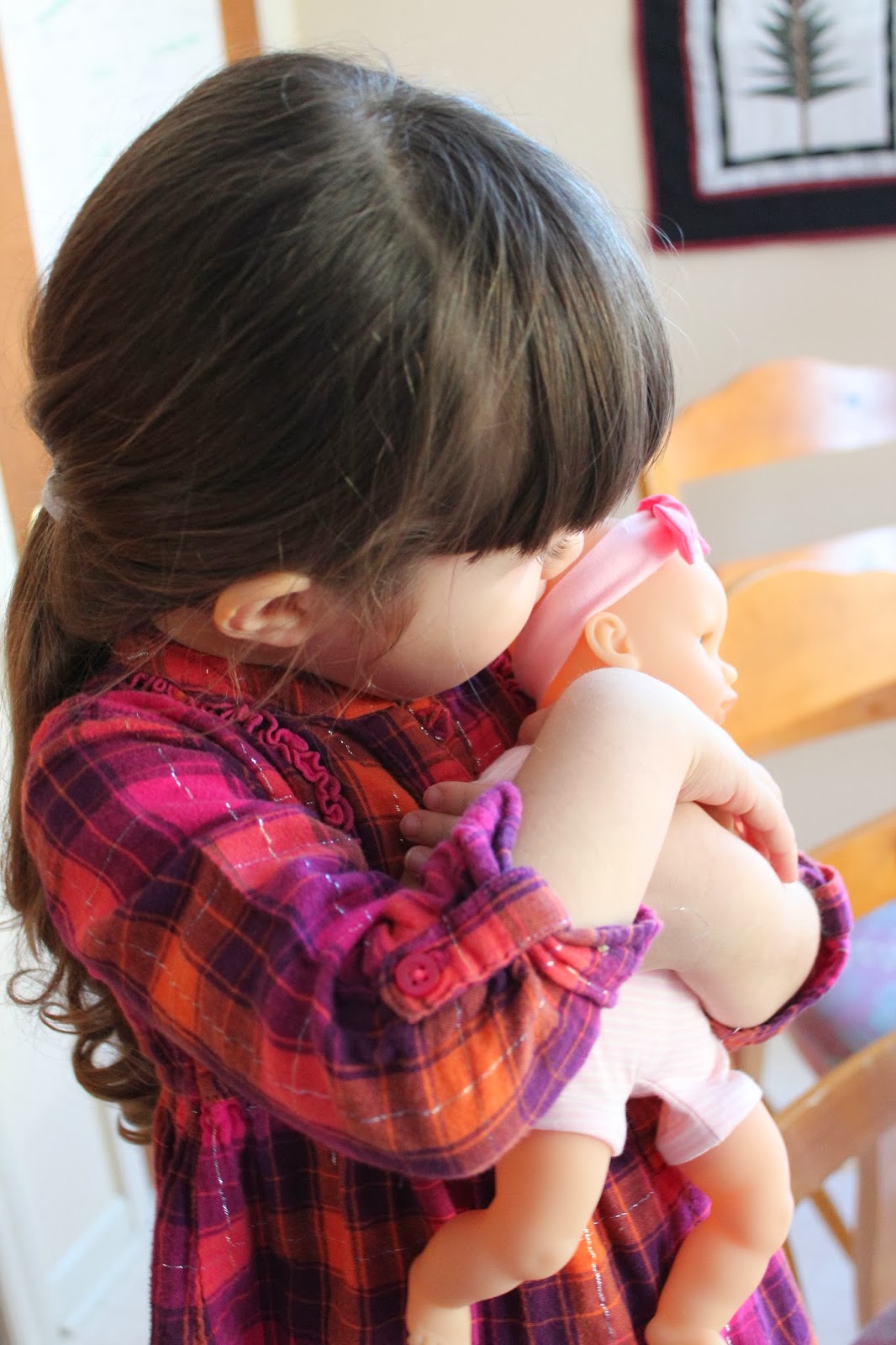 Whew!  That was our run up to Christmas!  I think I've brought us up to the trip to Utah!  Get ready for some snowy photos, folks!
Posted by Metta at 11:45 PM