In late December, shortly after we returned from our Christmas trip to Utah, a lightbulb went off in my head and I knew that it was time to cut Gigi's hair.  I had resisted for a long time because I loved her hair, but the fight we were waging every morning to get a brush through it was getting old, and I felt like if we donated her hair then someone else would enjoy it and we would not have to throw it out.  I think that deep down, I was also attached to the one inch of curl at the very bottom of her hair - the one inch of beautiful curliness that she was born with, my firstborn child. 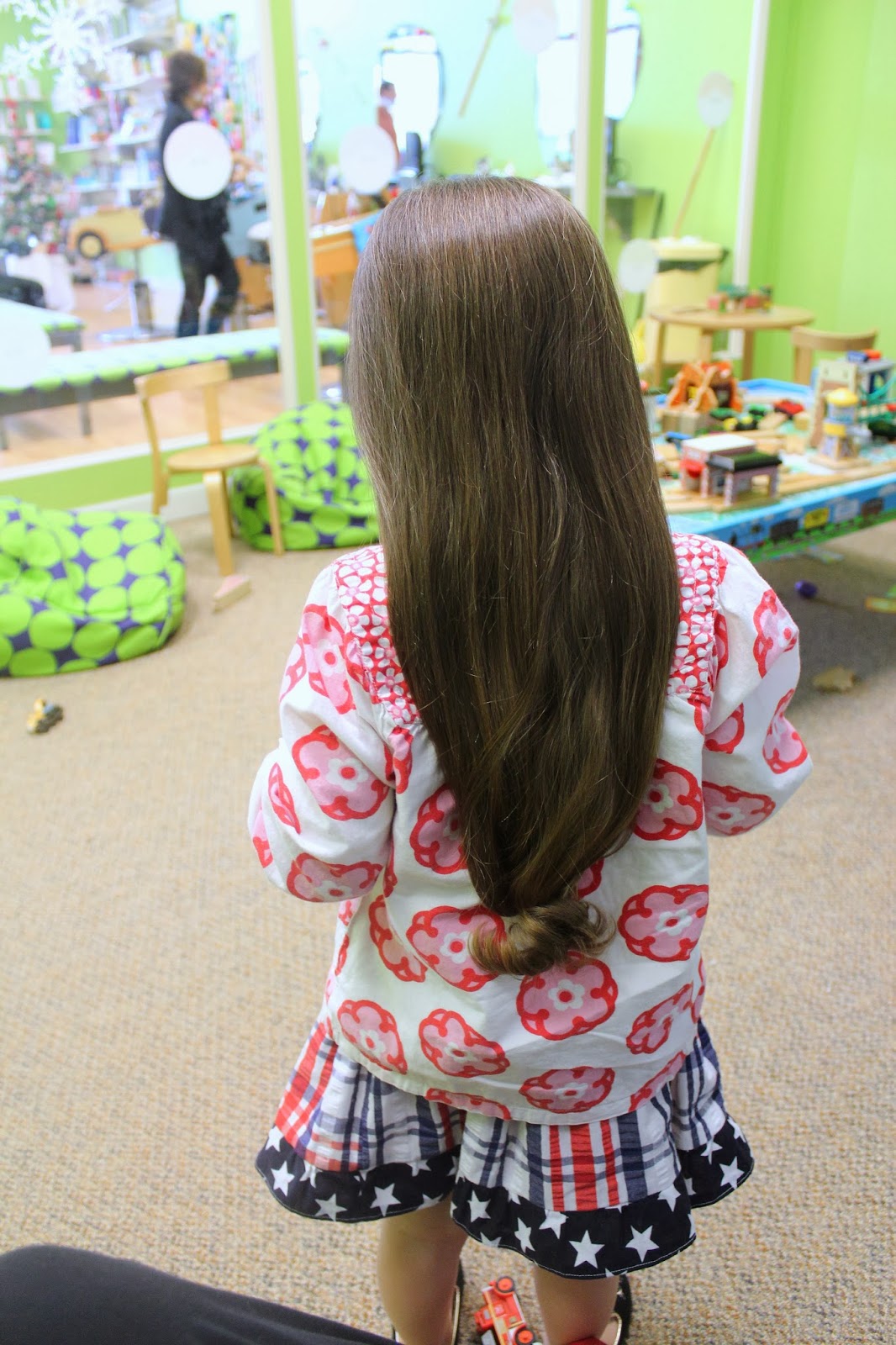 We took her to a salon for kids where her hair was measured, braided and then sliced clean off.  And when I say "sliced clean" I mean hacked off, since getting scissors through her huge ponytail of thick hair was no small feat. 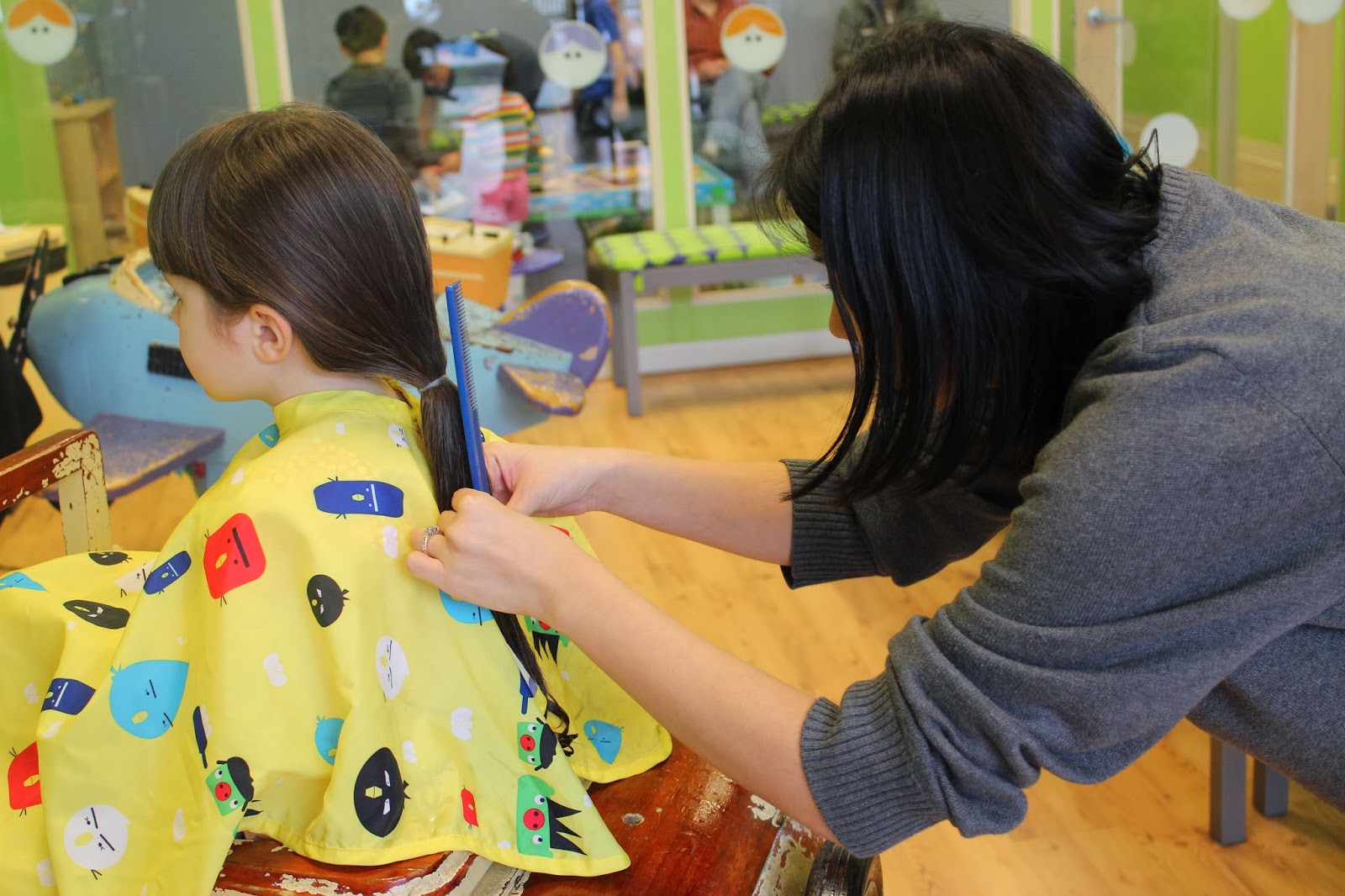 And then we sent it to an organization called Children with Hair Loss.  Gigi explains that "the children take very strong medicine, and then their hair falls out".  I hope a child gets to enjoy her hair in a hairpiece someday, and I hope that they don't have to deal with the tangles. 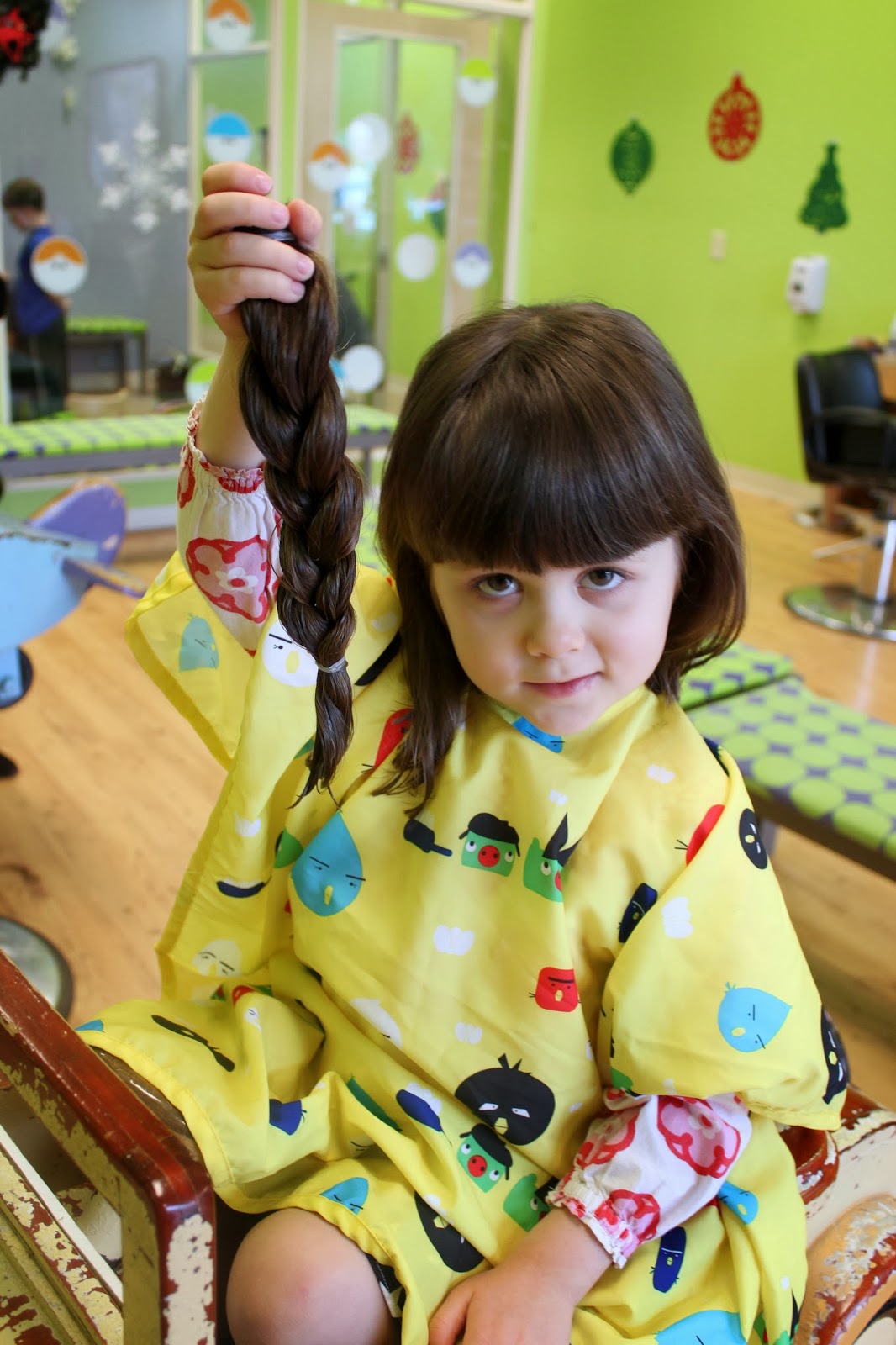 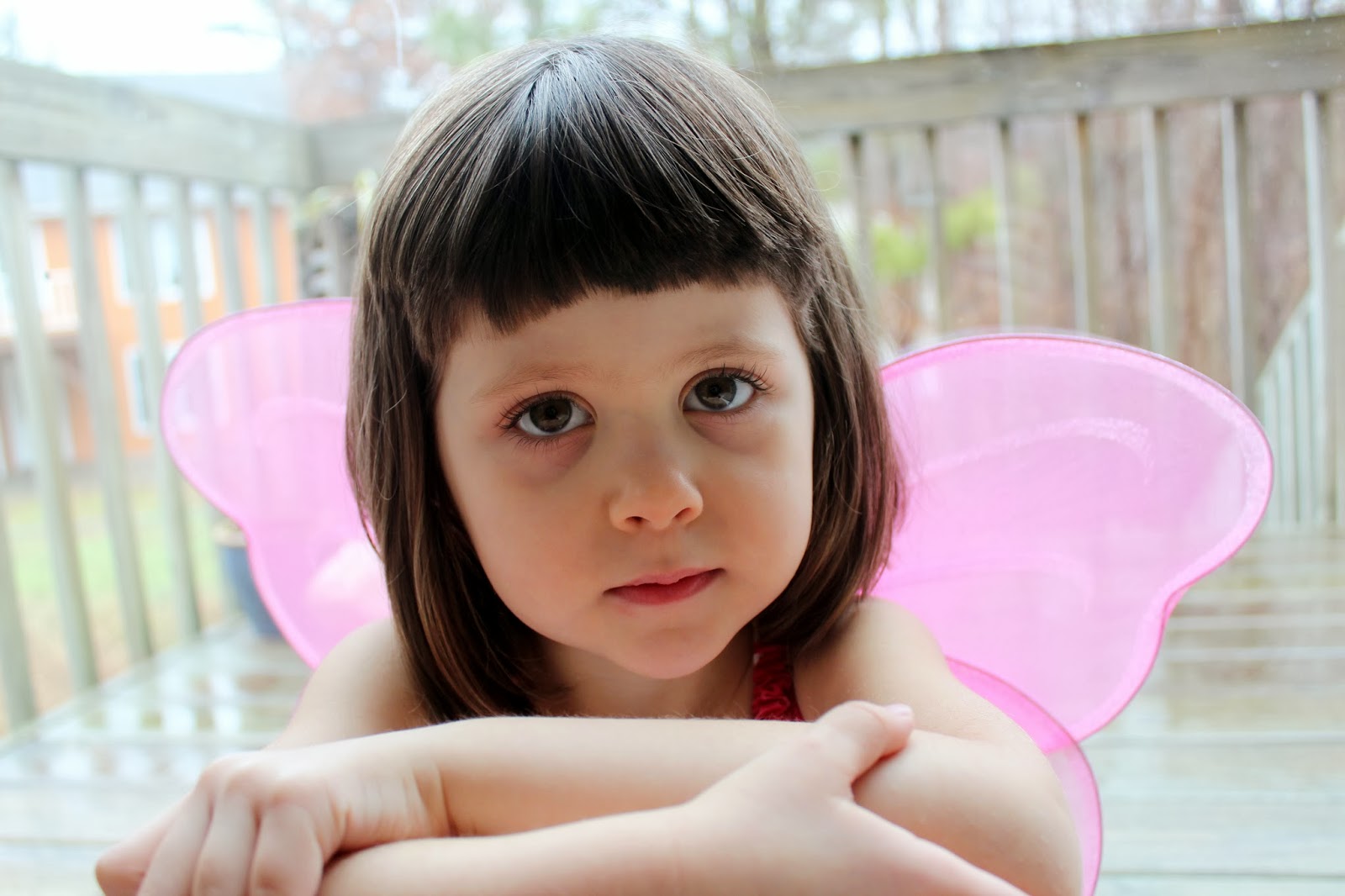 So, this is Gigi now with her bob cut, although she is usually sans wings.  I need to straighten up that hack job of her bangs, but in general it's my favorite haircut and I'm glad she finally has it.  It's a playful look that suits her perfectly! 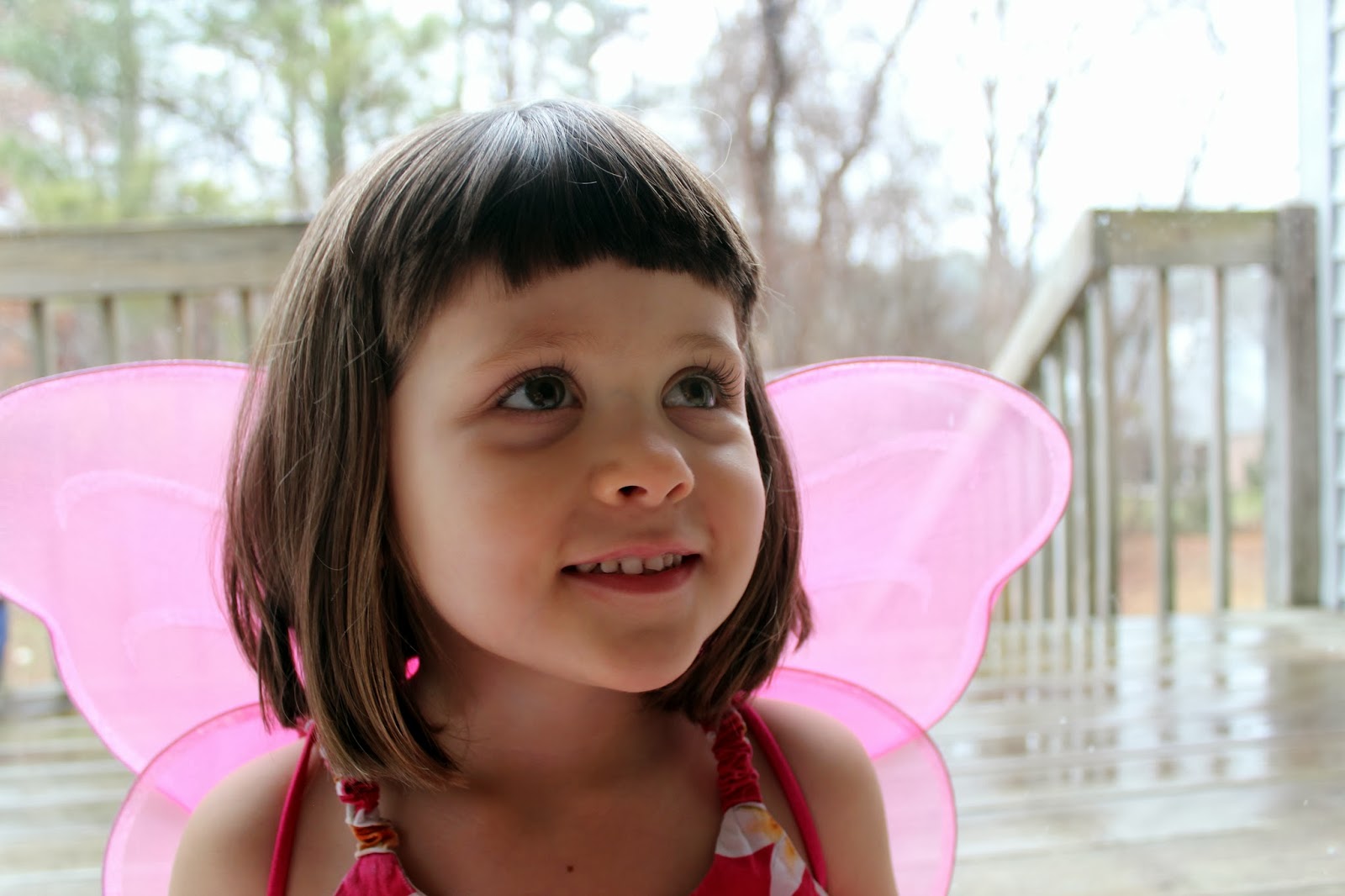 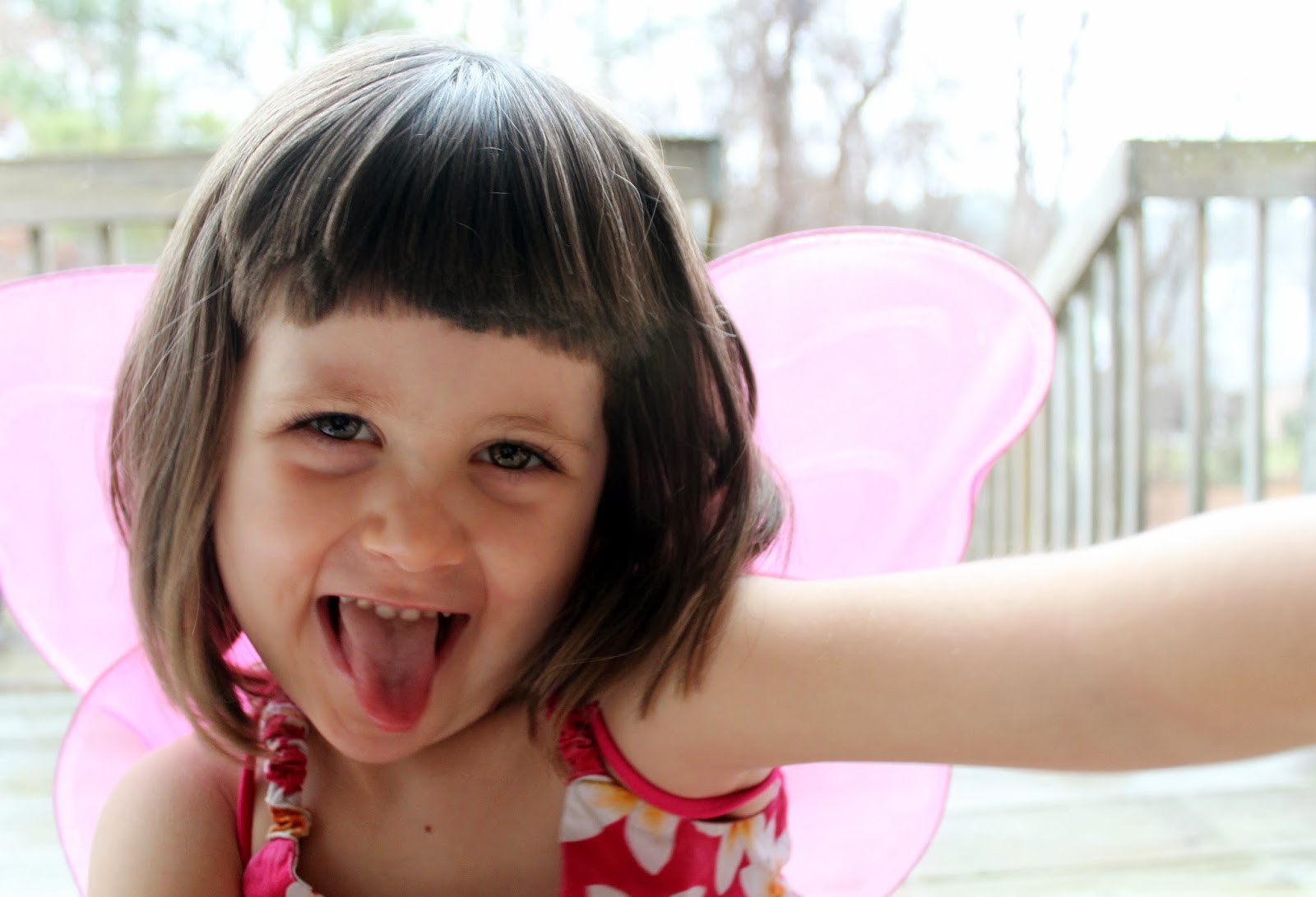