Two months is one sixth of a year, and time is flying by way too fast! Although Gigi's birth seems ages ago, it is nevertheless astonishing to us that she could be so big now.

Here is what being two months old looks like in the life of Gigi (I think she wears it rather well): 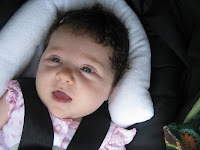 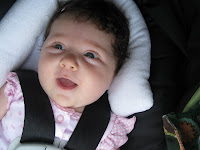 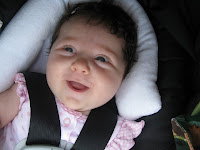 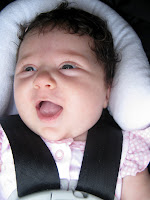 She's a perfect addition to our family!
Posted by Metta at 11:51 PM