One of the unique things about life as a busy person is that days tend to sneak up on you rather than appear in the distance and approach in a steady, predictable manner. I originally had hatched some rather cool plans for Valentines Day, but oh, none of that happened.

In fact, even my gift-giving was a little challenged. Granted, neither Marcos nor I have ever claimed to be very good at giving gifts, but just to illustrate, this is what my side of things looked like (his gifts were much more impressive): I bought "him" flowers, and he bought himself a game last week, which he then told me was my Valentines gift to him (this sooooo smacks of old people). For a card? I really thought that I had a card left over from last year that I hadn't used, so I fished it out, only to realize that it wasn't quite right. Father's Day. So, I crossed out the word "Father" and wrote "Valentines". It was barely noticeable.

And besides the elderly woman in the check-out line at the thrift store reversing over my bare toes with her electric wheelchair, and Marcos breaking the news to me that he was hatching a clandestine plan to astroturf our beautiful wooden deck, the day was quite lovely.

We woke up to sunny spring weather, so I went outside to take pictures of our flowers and sweep the deck of its winter residues. Please do notice the deck by the way, and its wood, and its natural vibe, and its pretiness, and its wood... 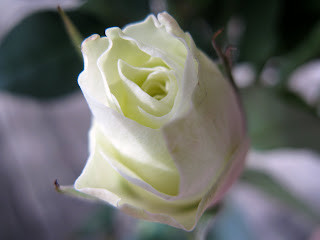 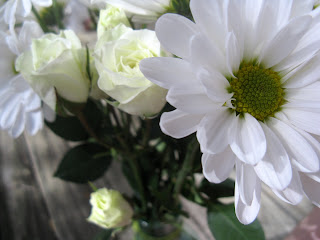 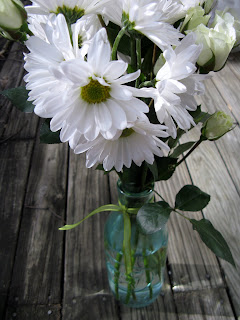 Then mid-morning we went to church for some serious church basketball. Our girls team won both of our games, and Marcos' team also won their game. Our second game (when we were already winded) was a total ego-stroker: the score at the end of the game was 46 to 16. So... we're not pros or anything but it is really fun to play hard, and wake up aching the next day. 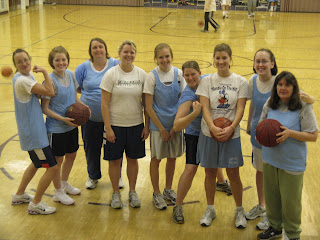 One of the nicest things about living in Chapel Hill is that you can drive ten minutes and be in a place that looks very rural. We stopped at the side of the road on our way up to Hillsborough, the town just North of Chapel Hill where we were doing some errands, just because the scenery was so beautiful. 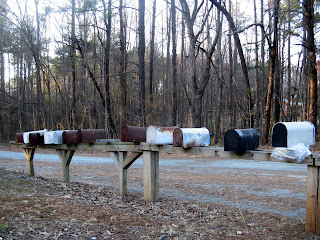 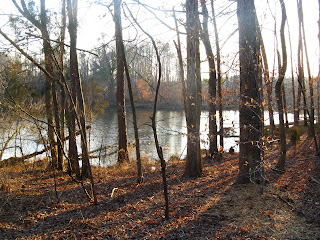 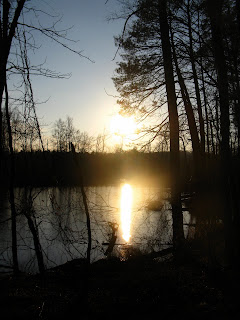 And the night ended at home with a rental movie and our favorite yummy selections from Trader Joe's. They've just really got the concept of "flavor" all figured out.

And that was, more or less, Valentine's Day. It was maybe not the most memorable day of our lives, but I like to think that our love is more equatable to a steady fire, like a flame, no, more like a blow torch, than a fireworks show once a year.
Posted by Metta at 11:58 PM

It looks like you guys had a fun Valentine's day! Those flowers were beautiful!!

That sounds super nice. You spent time together and enjoyed life! What more is there?