I never considered myself as having grown up in a bubble, but I'm starting to wonder.
At school when I was young I learned about the Civil Rights movement with its key players Rosa Parks, and Martin Luther King Jr. Although this story of oppression and segregation made me angry, the story always ended on a good note: laws were changed in the 1960's and black African Americans had asserted their right to freedom and had won. Right? Free at last, free at last, thank God Almighty we're free at last. 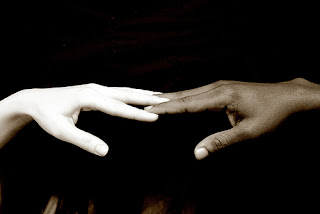 So, Hawaii is pretty far from the South. Moving here to North Carolina has taught me the difference between the words de facto and de jure; the first means "in fact" and the second means "in law". These words highlight the vibe in many places in the South (and in the nation, and in the world, for that matter) which is, that although the laws grant equality of opportunity and access to every person regardless of the color of their skin, the fact is that there is still widespread inequality.

The fact is that hearts and history and tradition and family baggage take more time to change than laws... 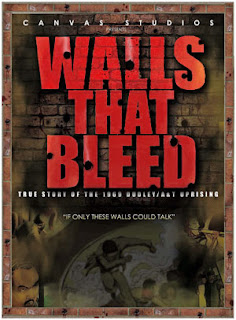 Last night Marcos and I attended the movie screening of an independent film called Walls That Bleed. It was about the Civil Rights Movement, and a very obscure event that took place in Greensboro, NC. In the lead up to the story the director decided to recap the sit-ins that took place at the Woolworths counter in Greensboro, and the subsequent victory of the black African American community in gaining access to "whites only" services downtown. Just when I was getting excited, the film panned to members of the community retelling the story of what happened in the wake of their victory: The town leaders decided to "redevelop" the streets where the black African American community was thriving economically. All of the hair dressers, theaters, grocery stores, etc. that were owned and operated and patronized by the community were wiped out. The economic gains they had forged from the time of the abolition of slavery were, in one decision, demolished. This was in 1969, only 12 years before I was born.

And the collective "we" wonders why the black African American community sometimes has a hard time bouncing back in this nation?
Posted by Metta at 10:11 PM