Marcos and I have Libra birthdays four days apart; his was October 4th and mine was the 8th. So the celebration just kept on going...

On the 6th, the day right between the special days, we showed up to a surprise Family Home Evening. Our friends had created an ornate ransom note which detailed that our dinner was being held captive, and that we would have to follow clues in order to receive the reward. The hunt took us all over the apartment complex, to the playground and laundry room, and finally to the Empey's back porch. The reward? Oodles of ingredients to make homemade pizzas! With ten friends, we made enough for us to be stuffed that night and for everyone to take leftovers home for lunch the following day... 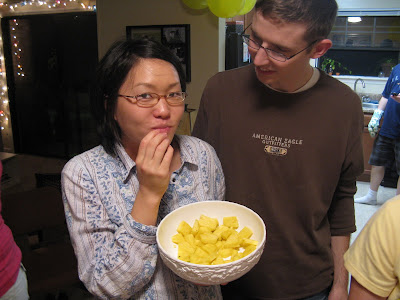 Kokoro must be about ten months pregnant now... Someone mentioned that in some culture eating pineapple is supposed to induce labor, so she tried it out, to no avail. 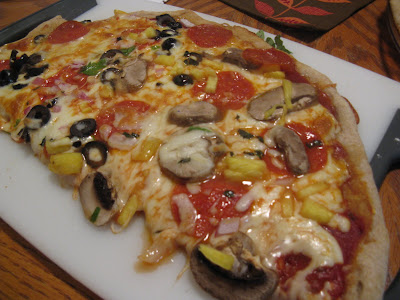 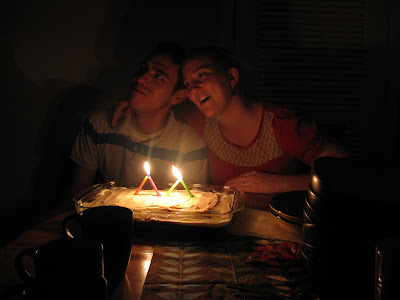 I really like these pictures. Nice job, Nicole, taking a clear picture with minimal light! 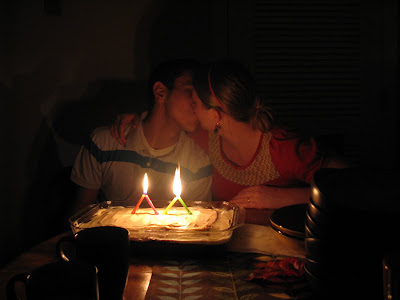 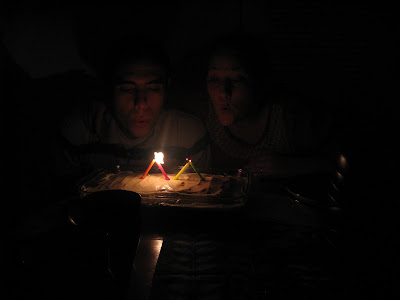 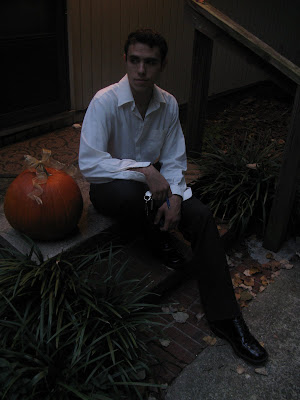 I just told Marcos he should quit his day job and take up some hours as a model. He doesn't seem convinced, but he just exudes that "buy my shoes" sort of vibe... This was the night of my birthday, and me wanting to capture his gorgeousness before we headed off to the "Vespa Ristorante" in downtown Chapel Hill. Franklin Street is only five minutes from our home, and is basically a long row of ethnic and not-so-ethnic eateries (an example of the latter being "Cluck U Chicken". Don't ask. We don't know). 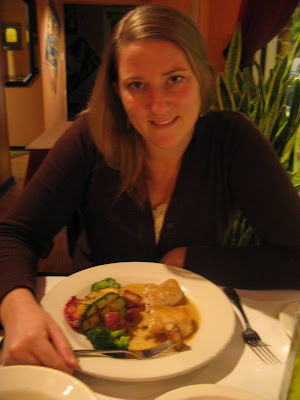 The food was excellent. We started with calamari, and for dinner I chose chicken with something, and Marcos chose lamb with something and gnocchi in Gorgonzola sauce on the side. 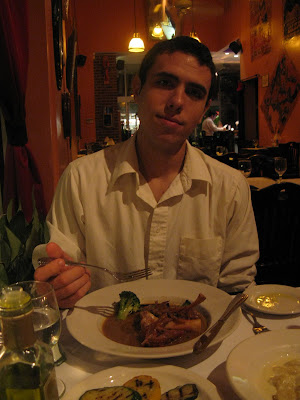 A very happy camper, despite his expression. The lamb was a new flavor and cooked in a very cinnamony sauce, and the gnocchi was really, really good. 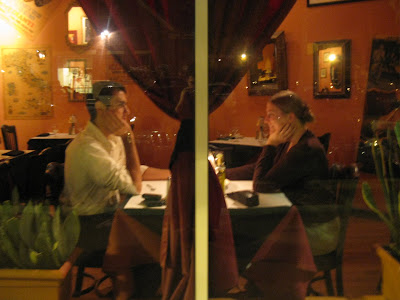 Marcos: Let's ask the waiter to take a picture of us from the outside. What's his name? Angelo?
Metta: I think you've been reading the menu too much. His name's Dave...
Posted by Metta at 10:57 PM

I thought of you on your bday, but sorry I didn't send you anything! I didn't have my computer, but if I'd had your number I would've called for sure. Happy 27th! You guys both look gorgeous and we miss you so much! but looks like you've got great friends out there, taking care of you.
Love, robbie and scott

Awesome picture! Happy belated birthday to you both

I love the picture the waiter took. Happy belated birthday. It looks like you had a wonderful day.