Maybe I'll change my mind someday, but I am definitely a mom who prefers the rhythm of the school year to the freedom of summer time.  I'm late, of course, in posting about the first days of school, but I'm glad that I waited because these two have really come into their own over the past few months and I am loving watching them in their school element - so happy and well plugged in socially!

Gigi is in her final year of Kindergarten at the Emerson Waldorf School, and although she started off the school year a little hesitantly, she is now fully in the middle of things.  She has a new little best friend named Donna Marie, and she loves some of the new boys in her class, especially Alex from Poland and Johann from Germany.  There were very few boys in her class last year and they were very high energy, and while she loved them, she couldn't match paces with them and they just didn't have much in common.  Now she has more of a spectrum of boy personalities to choose from and she has found a few very good boy friends.

As a human being she is so different from the girl that she was last year - she is now more in her head and more thoughtful and more even-keeled socially, whereas last year she was the youngest and was such a class clown, trying to figure out social dynamics with a class of mainly older girls.  Gigi is definitely an artist with her head in the clouds, and sometimes she frustrates me because she can't follow through with two or three simple commands.  I tell her to go upstairs, get dressed and brush her hair, and I follow five minutes behind her to find herself in her pajamas, making faces at herself in the mirror, nothing accomplished.  But at other moments she directs her feet and her will, and I'll find that not only has she done what I asked, but she has prepared the toothbrushes and folded all of the blankets for both her and Orion's beds.  Her teacher Miss Robin says that at school she is no longer the little ray of sunshine that she was last year, but I'm getting used to the thoughtful, smart, powerful, joyous, and loyal friend that she is becoming. 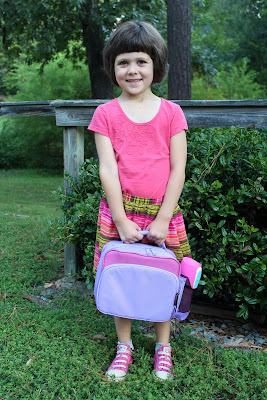 And then there is Orion.  I was so happy that this year panned out exactly how I was hoping it would - We found a small yet lovely group of friends to do coop preschool with, so he has his "preschool" every Wednesday morning.  We rotate homes, and so every four or so weeks I teach all of the little guys at our home.  They are all boys, and there are only four, which has made life dreamy.  I remember my first year of doing coop with Gigi, there were 7 kids in the group and it was stressful.  Four is perfect.  This year my friend who is heading up the coop preschool insisted on also doing field trips, which has been such a treat.  Every month we go somewhere fun with our friends, such as the Observation Deck park at the airport to watch airplanes, the Fire Station for a tour, and in December, a care home for the elderly, to bring them some holiday music.

I was worried that Orion would take a little while to warm up to me leaving while he is at preschool, but he didn't.  He used to be really clingy but he is growing into his independent self, and I love having a few hours each Wednesday to do something by myself in the morning.  Being a stay at home mom, it is a rarity to have those hours when my hands are liberated from having to tend to a child. 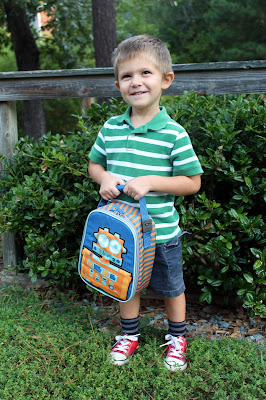