Back in September, Gigi and our neighbor Michael finally had their big opportunity to live out their dream of running a joint venture.  Tutu was helping to organize a yard sale, and although there was already another kid lined up to do a lemonade stand, we decided to jump on board with a cookie stand so that the kids could experience a little piece of running a business together.

First up was cleaning the stand.  Michael's dad James had painted a cute stand yellow and blue but it was filthy so we put the kids to work. 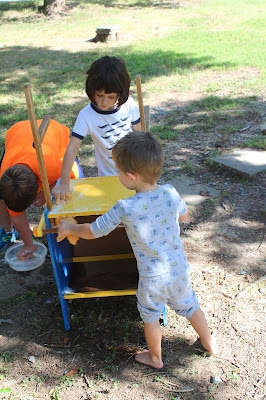 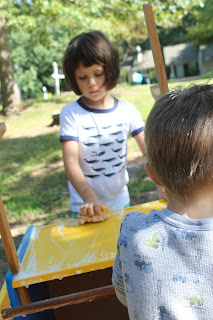 And then after baking and cleaning up the stand, the big day rolled around.  Michael and Gigi wrote the name of their bakery on the chalkboard on the front of the stand, and opened shop.  Unfortunately, business was slow and they found that running a joint venture was more complicated than they thought it would be.  Within the first hour, the partners were split and mad at each other, and Michael wanted to go home.  It was awesome teaching Gigi about welcoming customers and how to do sales though!

Oh well, first time for everything! 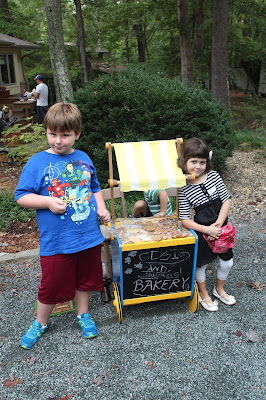 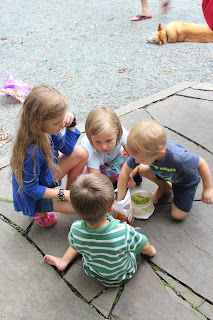