A few days ago we went to a very fun combined birthday party for the son and daughter of my dear work friend Lisa from my days at the UNC School of Social Work.  In a rare act of kindness, both the birthday girl and boy gave Gigi their birthday balloons as we were leaving their party, and Gigi was beside herself with happiness. 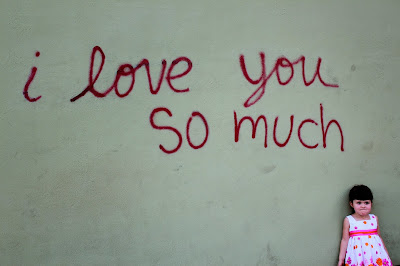 Suddenly, a big gust of wind in the parking lot pulled one of the balloons straight off of its ribbon and the balloon was up and out of sight over the trees.  As it soared higher, Gigi crumpled into a mess of shrieks and rage at the wind, and so much sadness about her lost balloon.  She was inconsolable.  But after a minute she shared the thought that maybe the wind had taken the balloon to a different country where children didn't have balloons, or enough toys to play with, and maybe even to a little girl in India.

She was far happier with that thought than she would have been with the balloon.

I think I love the girl she is becoming.