I wrote this a month ago, and just remembered to finish it up and publish!

Marcos is home for good now that his summer internship in Charlotte is finished (hooray, hooray, HOORAY!).  Somebody asked me if there isn't a small part of me that is sad that he's back and I have to adjust to having him around, like military wives have to adjust back to having a husband back in the house after a deployment.  I said yes, there is a tiny part of me that is having to adjust: Marcos is a hairy guy, so the bathroom floor is suddenly strewn with little Marcos leg and arm hairs and we need to sweep it more often.  In other words, NO.  Having him home is the best.  I'm slightly less productive since I have someone to enjoy my time with in the evenings, but it's a price I'm wiling to pay. 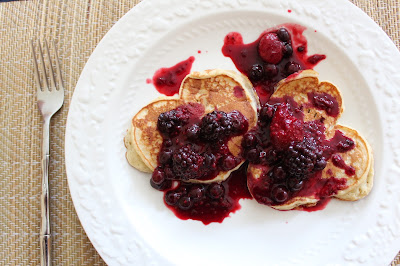 Some randoms from my largely photo-free summer.  Above are the heavenly from-scratch pancakes my mom made for us one morning, with ricotta cheese and orange zest.  Below is Gigi "giving Orion piano lessons".  I am starting to love them together again.  After a sweet few months of baby brother love, there were a few hairy months when Orion started crawling and tearing down all of Gigi's buildings and creations.  The way she responded to him made me not trust them together because she was constantly having to defend her work - and not always kindly, but now she's starting to see him as just a baby again, and not The Enemy, so they play side by side without much friction.  She is patient when he ruins her things, she retrieves him from the stairs, and tells me when he's crawling up on the table, and they can now make each other laugh.  It's great. 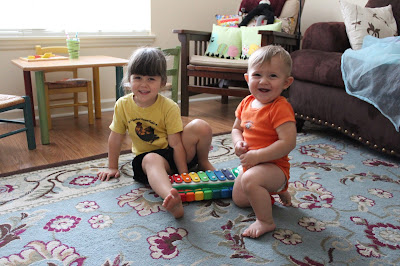 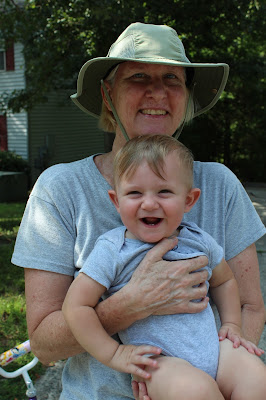 Outside play with my mom, the superhero.  Super, super, super hero of the summer.  My mom made it possible for me to have girl time on a few occasions, she helped me make a million meals, she watched the kids so that I could go to exercise classes, and she watched Orion so that Gigi could do swimming lessons.  And she does it calmly, and well, and makes healthy food while she's watching them.  It's amazing, really.  And I think she even enjoys it. 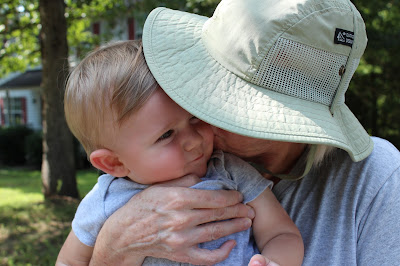 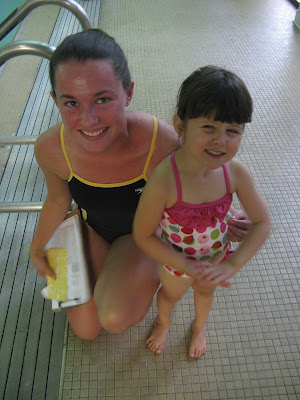 Miss Anna the 16-year old YMCA swimming teacher, and Gigi, her faithful pupil.  It was Gigi's first time with swimming lessons, and I think it was a good go.  There was definitely a difference in her level of comfort in the water, from day one to her last day of class.  The promise of family night out for a piece of cheesecake once swim lessons were done didn't hurt either. 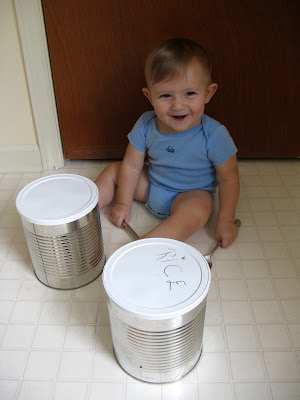 Drummer boy.  Orion has rhythm moving through him and he loves to drum it out.  We've noticed something funny about him - if you put spoons, or sticks, or any kind of drumstick in his hands and put his hands in the middle of the stick, he will grab it with his other hand, and move his hand down to the end of the stick for better leverage.  I didn't believe Marcos when he told me, but I tried it one day, and sure enough, he adjusted his grip right in front of me.  He is all kinds of surprising.