Orion just turned 8 months old.  It feels like a milestone because at this point he's been a pleasant baby as long as he was a colicky baby.  Four months of hard, four of lovey. 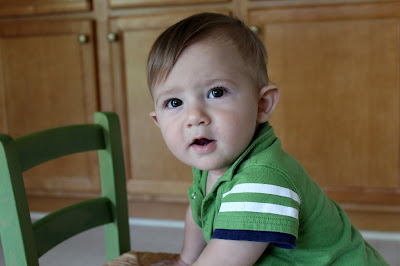 I have been home full-time since Orion was born, and he is definitely growing into the age where he is concerned when I am not around.  Childcare at the YMCA has been a challenge (read: "Metta, come settle your screaming baby"), but luckily my mom recently returned from her travels and he feels comfortable with her, so she has taken the kiddos a few times when I needed an evening mental break at the gym. 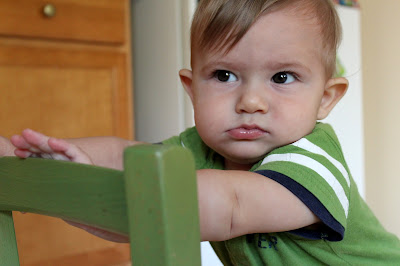 Orion has been pretty good at eating, and I found a system I really like for freezing the foods I steam and blend up for him.  I think the trick is: if you steam a vegetable the right way, it tastes like candy.  They say to start with veggies and not fruits so that your baby doesn't refuse things that aren't sweet, but I'm pretty sure that veggies can be as sweet as fruits. 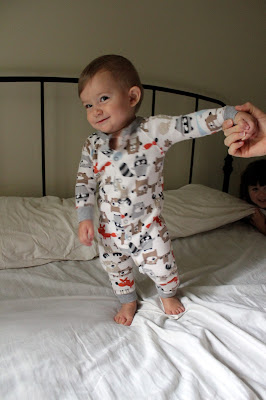 Orion pulls to standing on just about anything, and although he doesn't cruise laterally along a couch yet, he can stand independently without holding onto anything for about ten seconds before he slowly drops to the ground.  I think that he will be walking before he reaches ten months or so.  I can't tell if this will make my life easier or harder. 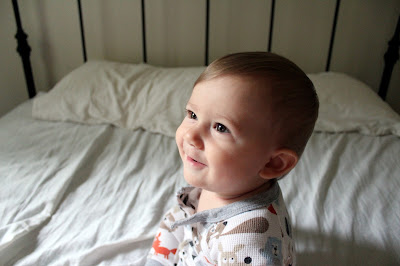 One of Orion's new tricks is that he grins really big, and shakes his head back and forth really quickly.  We've started saying "no, no, no, no" when he does that so that someday when he's enough of a Pavlovian dog we can say the no's first and he'll shake his head.  Anyway, kind of adorable if you're the mom.  Or the dad.  Or the grandma. 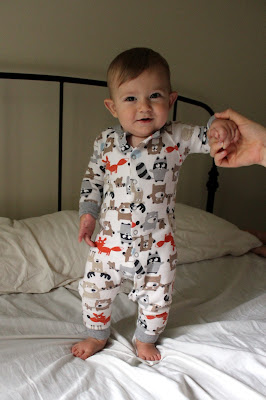 People always ask if Orion is a good sleeper or not, and I'm not sure what to tell them.  He seems good to me, I guess, and that's all that matters?  He goes down around Gigi's bedtime, between 9 and 10pm, and then he's usually up at 1am to eat, and then again at 7am or so.  All of his night feedings are purely about eating, and then rolling over and passing out, so I'm not losing too much sleep.  He also sleeps a solid morning nap, and another one in the afternoon.  I know that as an 8 month old he no longer needs to be waking up in the middle of the night, but the process of weaning from night feedings will require a few days of letting him cry it out, and I've decided to wait until the fall when Marcos is home and I have moral support.  Besides, my naturally independent, curious, and social children are not the type to enjoy a prolonged cuddle, so I take all of the night snuggles with sleepy baby that I can get. 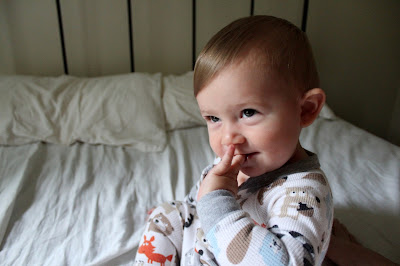 I think Healthy Sleep Habits says that if they are only waking up to eat and then go right back to sleep then it's okay to feed them. I can't believe how fast the time has gone by!

P.S. With both of my kids it's been kind of a relief for them to start walking. Mischief-wise, there doesn't seem to be a difference because they can already get around just fine anyway by crawling. But once they can walk they can enjoy the playground a lot more and they can hold your hand and walk for a while instead of having to be carried all the time, and that's kind of nice. Plus, I love the look of delight on their face when they have just recently learned to walk, like they just figured out the best thing ever.

He is so so cute. Really cute. He is very advanced for his age, isn't he? I freeze Vienna's baby food in a normal ice cube tray and then pop them out and keep them in a ziplock. Since I do not want to cook her food everyday, that works for me. By the way, you are so good to even keep his nap times. I don't even kow if Vienna has a solid set schedule at all! Good job!