Here are some things you can hear around our house.

Gigi: Papai, where did you get that owie next to your nose?
Marcos: I got it shaving.
Gigi: Oh.  You better be careful next time!  Chuckling mischievously.  I'm trying to be the boss... 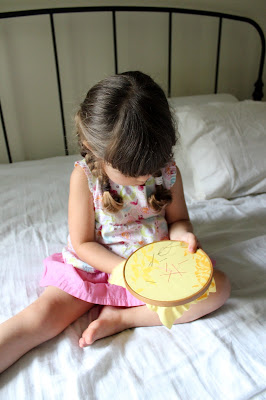 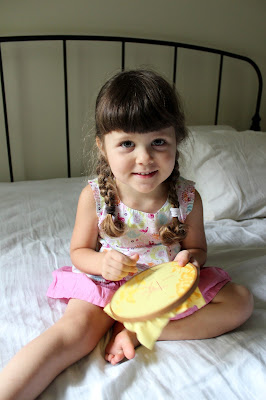 Gigi: Mom, we haven't been to the Timothy's in a long time.  We should go there.  They're missing us.

Gigi has positive reinforcement down pat.  While eating some cookies I gave her after lunch.
Gigi: I love you Mom!  It's so fun to be around you!

After telling Gigi my grand plans to some day make bento boxes for her when she goes to kindergarten, Marcos walked into the room.
Gigi: Papai, did you know that one day my mom is going to be the bento queen?!

Climbing into the car, after leaving the grocery store.
Me: ...But those balloons belonged to her, so she got to choose whether or not to share them.  That's how the world works.
Gigi: No it doesn't work that way!  Everything belongs to ME!

I made a comment about how much better Gigi was becoming at eating spaghetti, now that she is a big girl.
Gigi: I'm trying to show you that I really like you, and I'm growing.  And I really love you.
Posted by Metta at 2:14 AM

WOW...this girl is so bright and funny! Love it!

Love that you wrote these down! So cute!