I'll just say from the get-go that I am horrible at birthdays.  I don't buy presents well, I don't remember birthdays, I don't often send a card in the rare occasion that I do, and sometimes I have to ask Marcos how old I am because I am not positive about my own age.

So wasn't Gigi lucky that this week the weather in North Carolina just happened to be PERFECT?  Her 3rd birthday was sandwiched in between a string of lovely days in the 70s and 80s, and so as friends sent out invitations to do this and that, we said yes to everything, in the name of giving her a royal birthday celebration.

On Monday night we had Family Home Evening with Tutu, and went out for ice cream at Maple View Farms, our local dairy farm general store.  Papai even brought a kite to fly in the field, and Gigi was so excited to try it that she hopped around on both feet because they forgot how to move one in front of the other. 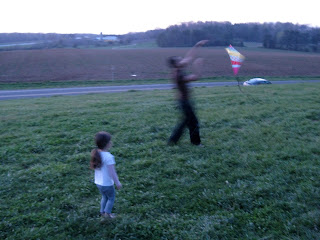 On Tuesday we spent the morning at Jordan Lake with our friends, and in the evening went to a dinner party with the most incredible potluck spread, and watched planets and nebulas through a telescope to end the evening. 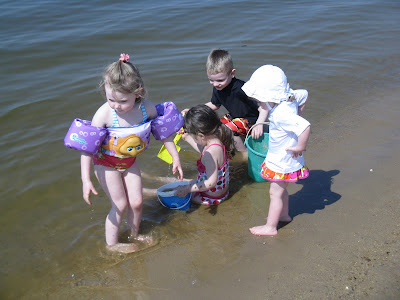 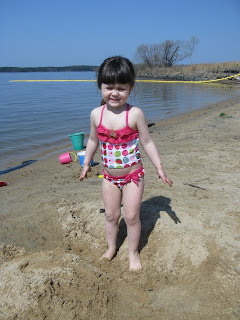 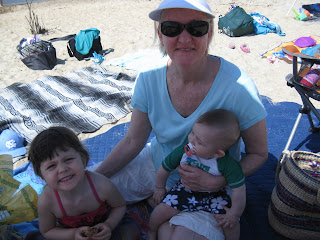 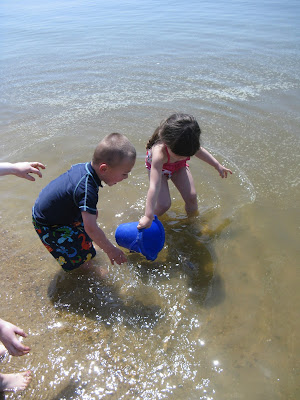 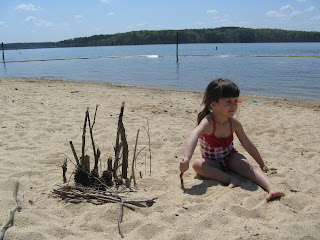 Wednesday was Gigi's actual birthday, and we went to Kidzu, a local "kid's museum", filled with all kinds of amazing play stations.

The design table is very cool... 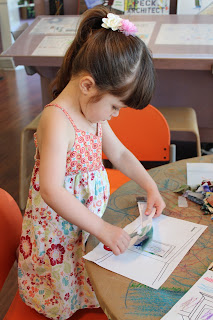 But nothing trumps the grocery store and restaurant with kitchen area. 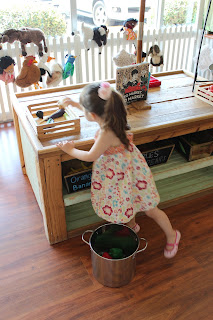 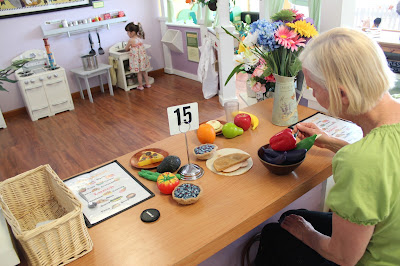 For Gigi's special birthday dinner Tutu headed up some homemade pizza, which Marcos called the "best ever", and a killer salad. 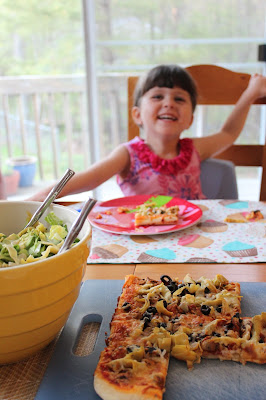 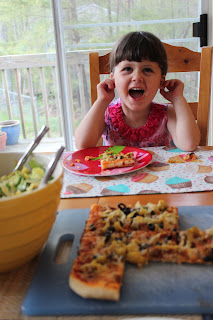 And after a long family walk through the neighborhood it was time for strawberry shortcake, per Gigi's request.  Happy Birthday big girl! 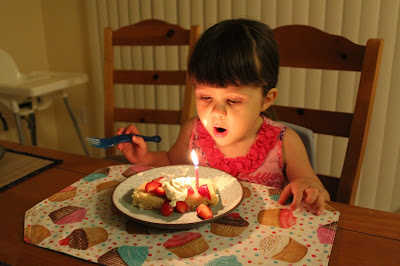 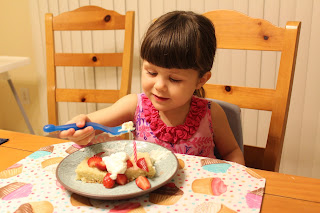 On Thursday we had a calm morning, and invited our friends and neighbors the Olsens over for dinner.  I made dinner Brazilian style - feijoada (black beans and meat) with rice, vinaigrette, farofa, oranges, and for dessert I made lilikoi chiffon pie.  At one moment during dessert Gigi made the comment that she "didn't like the crust" and us adults were called upstairs for some reason or another.  We came down a few minutes later, to see the pie sitting on the table with deep gauges all over the top.  Apparently, Gigi had taken advantage of the fact that nobody was around, and she went for the parts of the pie she liked, while we were all distracted.  Since she is not typically a sneaky child and it was her birthday celebration, she got off pretty easy that night.

On Friday morning we explored the Chapel Hill public library for the first time since its recent renovation, and jumped in for a toddler story time that was very well done.  After a quick lunch we drove to Raleigh for Farm Animal Days at one of the NC State University farms.  Animals, heavy machinery, and free ice cream?  Yes please!

Gigi got to hold a baby chick... 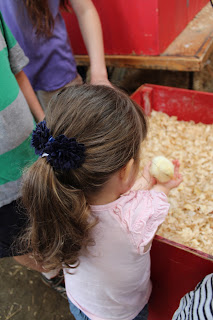 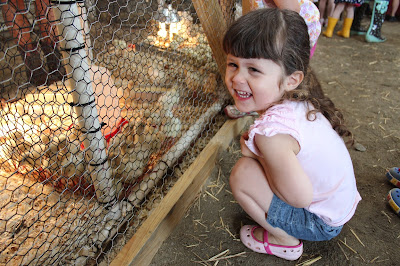 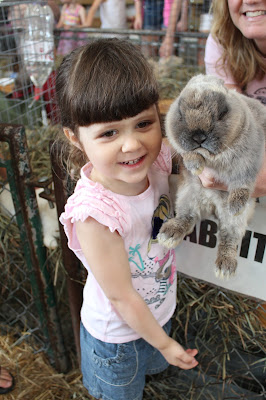 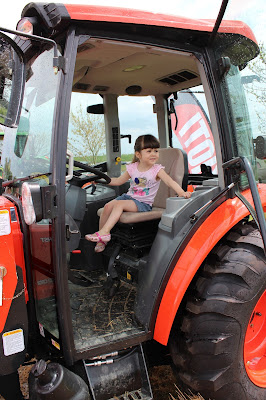 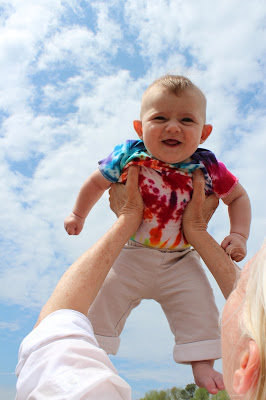 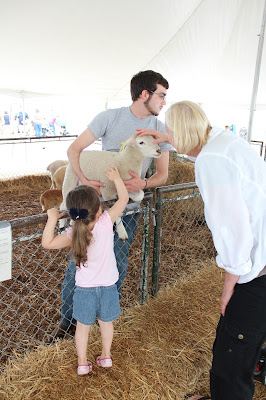 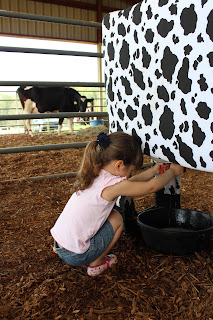 ...practice milking a pretend cow with rubber udders, and eat ice cream with Tutu.  It was such a great week to turn 3 years old! 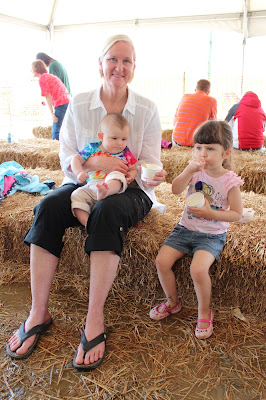 Happy Birthday Gigi! Mark is extremely jealous about the feijoada. It is what he always gets at Brazilian restaurants. Sounds like an awesome birthday week! Let the celebrations continue.... :)

I love everything about this!!!