This is probably old news for most of you, but it's time to announce that because we dig Giovanna so very, very much, we've decided to up and have another! 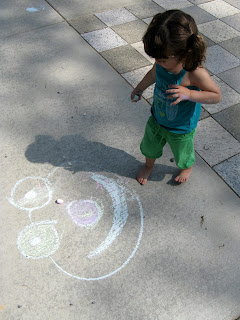 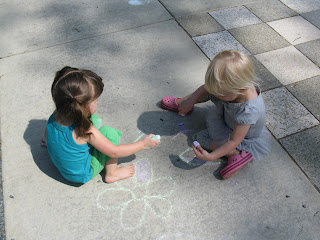 As of Halloween of this year, we will be a four-person family, and we are so happy about it!  I wanted to say it earlier, and this pregnancy actually played such a big role in the surgery experience, but I thought it would be rather dreary to hide a pregnancy announcement in the middle of a long post about removing organs that most of you will never read anyway.  So here it is - we're expecting a second child! 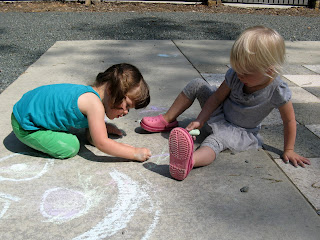 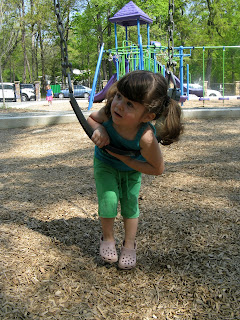 I'm just coming up to 13 weeks along, and this first trimester I've been feeling much better (generally) than I did when I was pregnant with Gigi.  I am having my prenatal care with the UNC midwives again, and because they are fairly hands off I usually don't have much of a baby visual this far along.

However, because of my last extraordinary week spent in the hospital, and a kind ultrasound technician who let us peek at the monitor during her exam, we had a chance to see our happy little mover and shaker a week ago when I checked into the ER.  When we first drove to the hospital that Saturday night we didn't know if our little shrimp was okay (according to my foodie pregnancy tracker, at 13 weeks along the fetus is the size of a "medium shrimp"), so my time in the hospital was actually kind of cool, in that sense.  At every juncture an OBGYN team was there to make assessments, bring in the dopler machine to make sure that little one was doing well, and to make recommendations for the surgery team so they could make adjustments that would keep baby safe during operation.  I think part of why I enjoyed being at the hospital (besides all of the obvious reasons that I hated being there, of course) was because I listened to my baby every day.  And that made me a happy mama.

excited about the baby news congrats. so happy for you guys.

Awww, that makes me a happy Aunty!

I just caught up on your blog. CONGRATULATIONS!!!

I actually had a feeling that maybe you were pregnant. Maybe it is totally unrelated but you haven't been posting very much lately and that is almost always congruent with being pregnant (at least for me). I'm so glad that everything went okay during your surgery and you got that pesky gall bladder out of the way before things got further along. You guys have such beautiful children. I can't wait to see the next one! (I'm predicting boy)