In my mind, planning for four days in each place was perfect, but Talya was right: it was a little too long for most cities. So for one of our Munich days, we took off on a day trip to Salzburg, Austria, which was only two hours away by train. 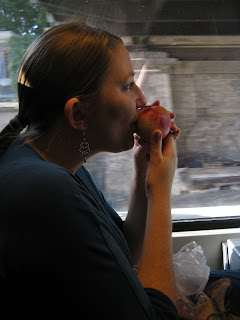 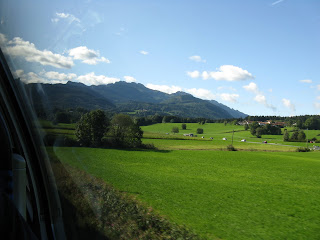 This is back when I was still really enchanted by trains, and found them romantic. Now, a kazillion trains later, I think I can wait a while before we purchase another Eurail pass... 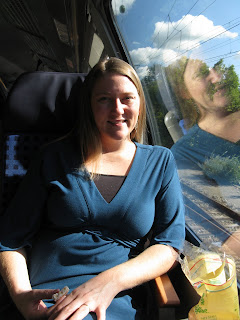 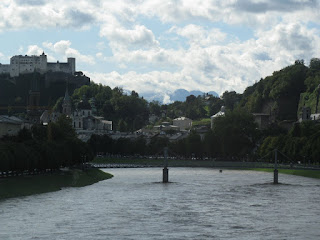 Pulling into Salzburg is really quite incredible. The old city with its impressive fortress is visible along the Salzach river, and with the mountains looming behind and that blue sky... *sigh*... Below are the Mirabella gardens, where young Mozart used to perform. For those of you who, like us, needed a bit of brushing up on your Salzburg history: the city's claim to fame is that it is the birthplace of Mozart, and the location for the filming of The Sound of Music. 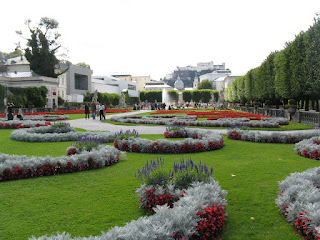 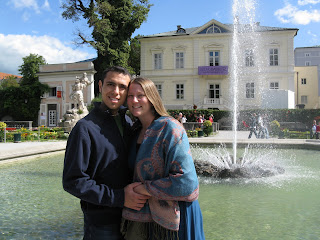 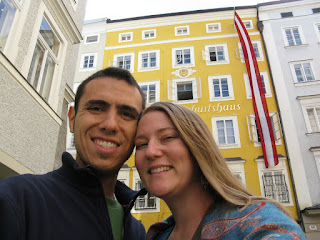 The process of trying to take a self-portrait of two heads and something of import in the background was always tricky. Above we are standing in front of "Mozarts Geburtshaus" (Mozart's birth home), and below is The Queen in front of a chocolate shop. 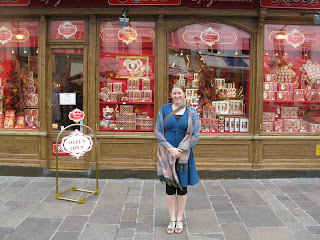 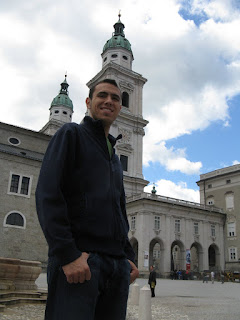 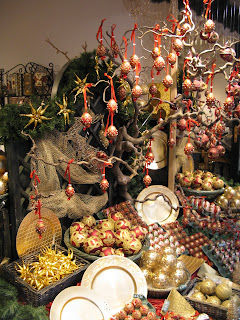 Salzburg seems to celebrate Christmas all year round. One of the local fine crafts is decorated blown eggs, which were hung from trees. They were so beautiful, and there were decorated eggs of every color. I wanted to bring a few home, but the most beautiful cost upwards of $30 each! 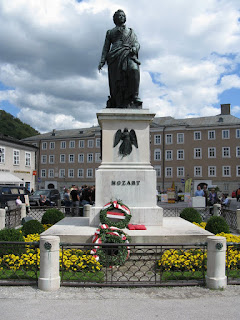 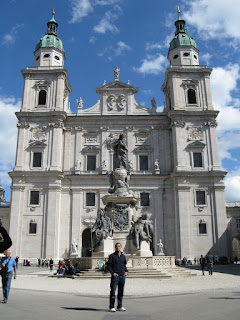 After deliberating whether to join a walking tour around the old city of Salzburg, we ducked into an internet cafe and in three minutes found a word-for-word narration of a T.V. travel documentary of the city. We printed it out, and gave ourselves our own tour, which made us feel mighty fine about our thriftiness.

I know that someday we may look back at these pictures and think, "Yay. Another picture in front of a church", but while it is all fresh and meaningful, I am going to enjoy sharing them with you. Apparently, when this church was built, it was all the rage to style the churches after the Italian mode. After seeing a lot of dark, somber Gothic cathedrals in our travels, we really appreciate the usage of light and color in the interior of this church in the old city of Salzburg. 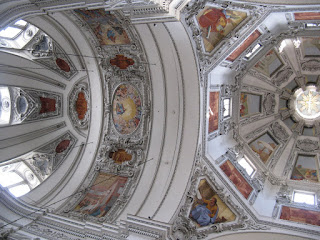 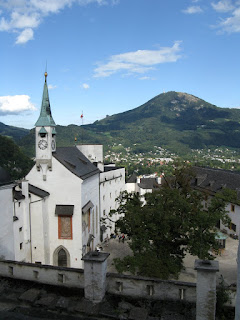 Remember that fortress on the hill, from the photo taken as we pulled into Salzburg (I'll give you a minute to scroll up to those first photos)? Well, these photos were taken inside the fortress, which was built to be completely self-sustaining. Actually, the citizens of Salzburg did such a great job with the fortress that it was never used in battle: standing ominously at the top of the hill, it did its job completely by deterring enemies from even approaching the city. 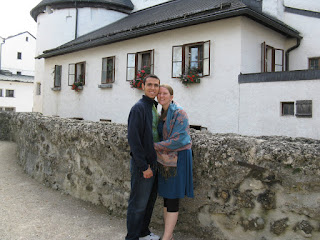 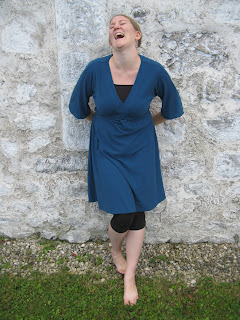 I like to laugh a lot, and here Marcos caught me in the act. I really like the photo below, which is rare since a stranger took it and all sorts of ugly usually came out of that experience. In the photo you can see the massiveness of the fortress walls, and catch a glimpse of the peacefulness of being above the city, looking out over the river and mountains. 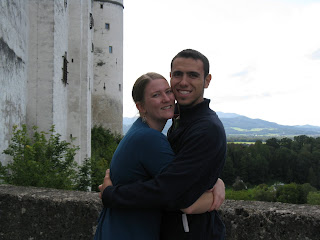 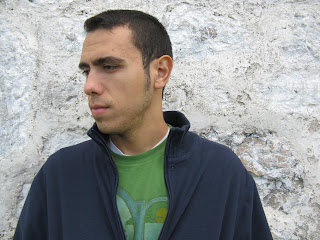 And that was Salzburg, in the smallest of nutshells. With its richness of history surrounding Mozart's life, we didn't have time to do quite everything we wanted to do in one day, but now we have a reason to return...
Posted by Metta at 6:25 PM

I love the photo of you laughing, Metta. ....soooo Metta.

So glad you made it to Salzburg! I have pulled into the train station to that exact same view!

That looks like it was worth another train ride, for sure! So cool how much history has been preserved there. And Metta, I love that outfit! So cute.