We were having a really mild winter, until a few weeks ago.  In the past two weeks we've been snowed in multiple days, school has been cancelled and Marcos has even worked from home on a few occasions.  My favorite day was when we were all snowed in, and our internet was down all on the same day.  We were fortunate to have power (many in the Triangle were out), but it was new and refreshing to be completely disconnected from the internet.

The first big snow dump was a strange one.  The top had iced over, so although it looked soft and inviting, it was basically an ice skating rink right outside our door!  Here are some photos from that day.

First, the kids trying to get up the hill!  The neighbors across the street have a hill up to their home, and Gigi and Michael (our next door neighbor) had a difficult time crawling uphill on the icy snow. 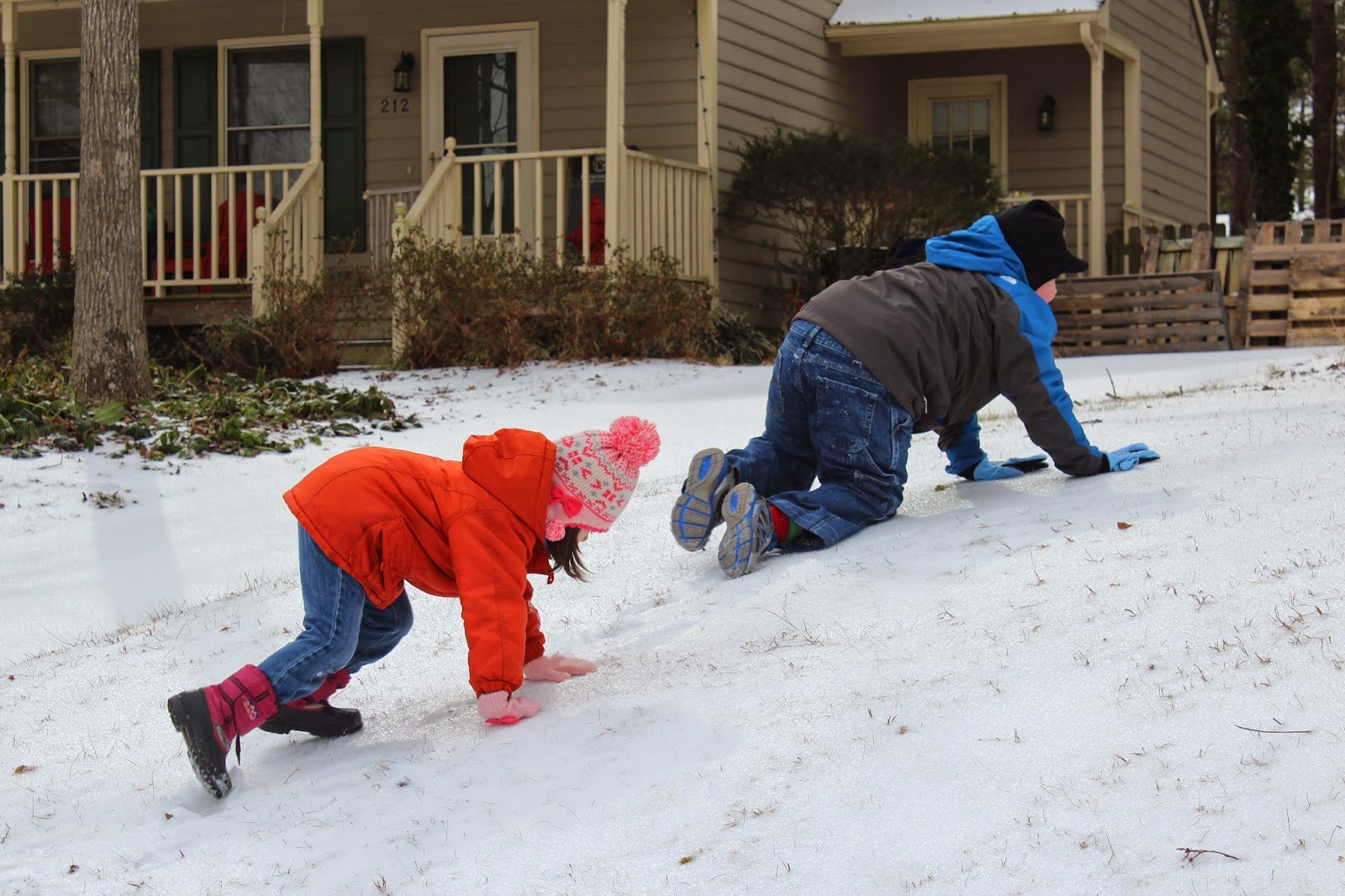 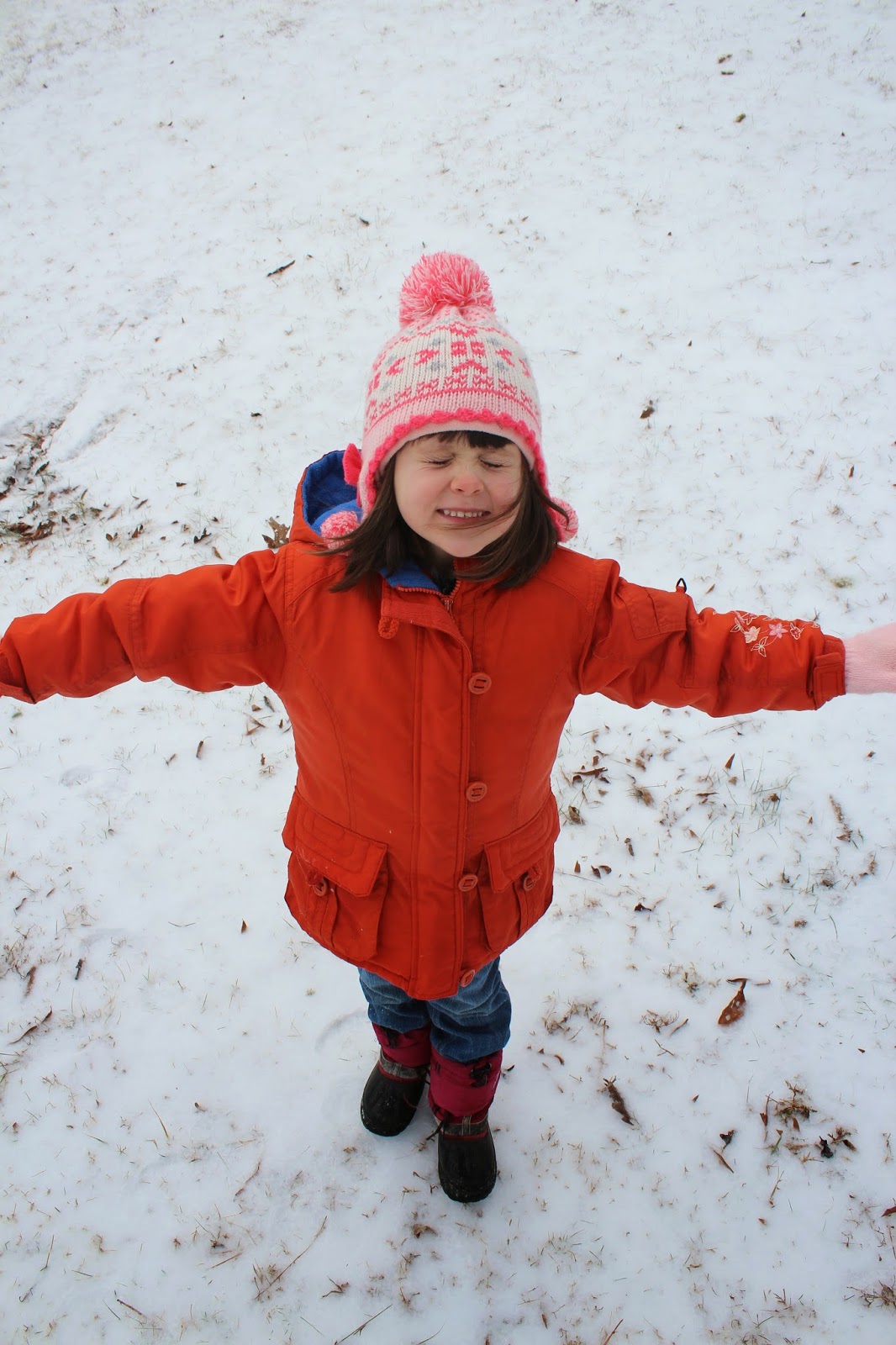 My courageous girl, love her. 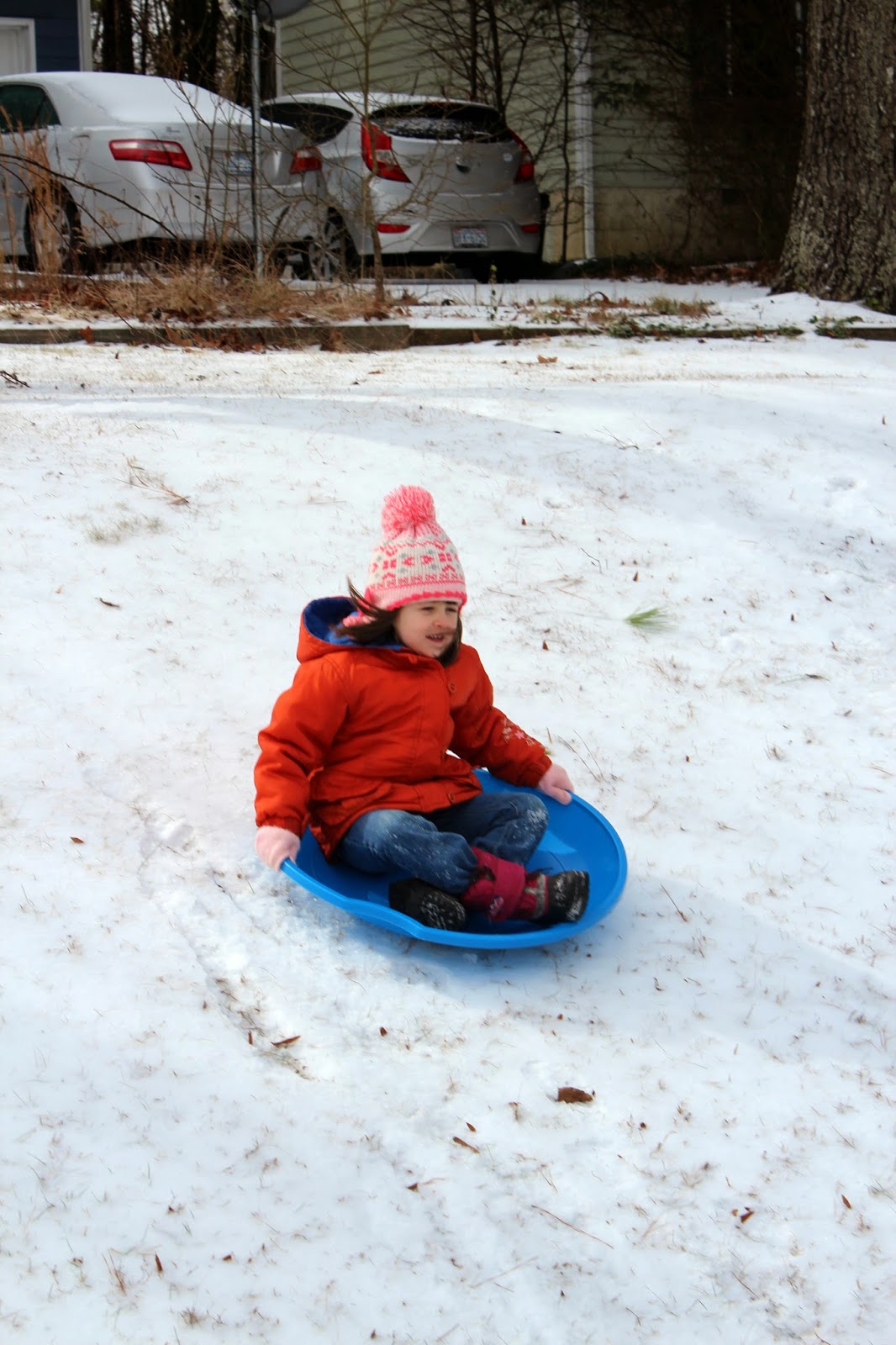 We brought out the sand toys for Orion to play with and it threw him off.  While we were outside he kept shoveling piles of snow and saying, "Look at my sand, Mommy!".  Almost, buddy, almost... 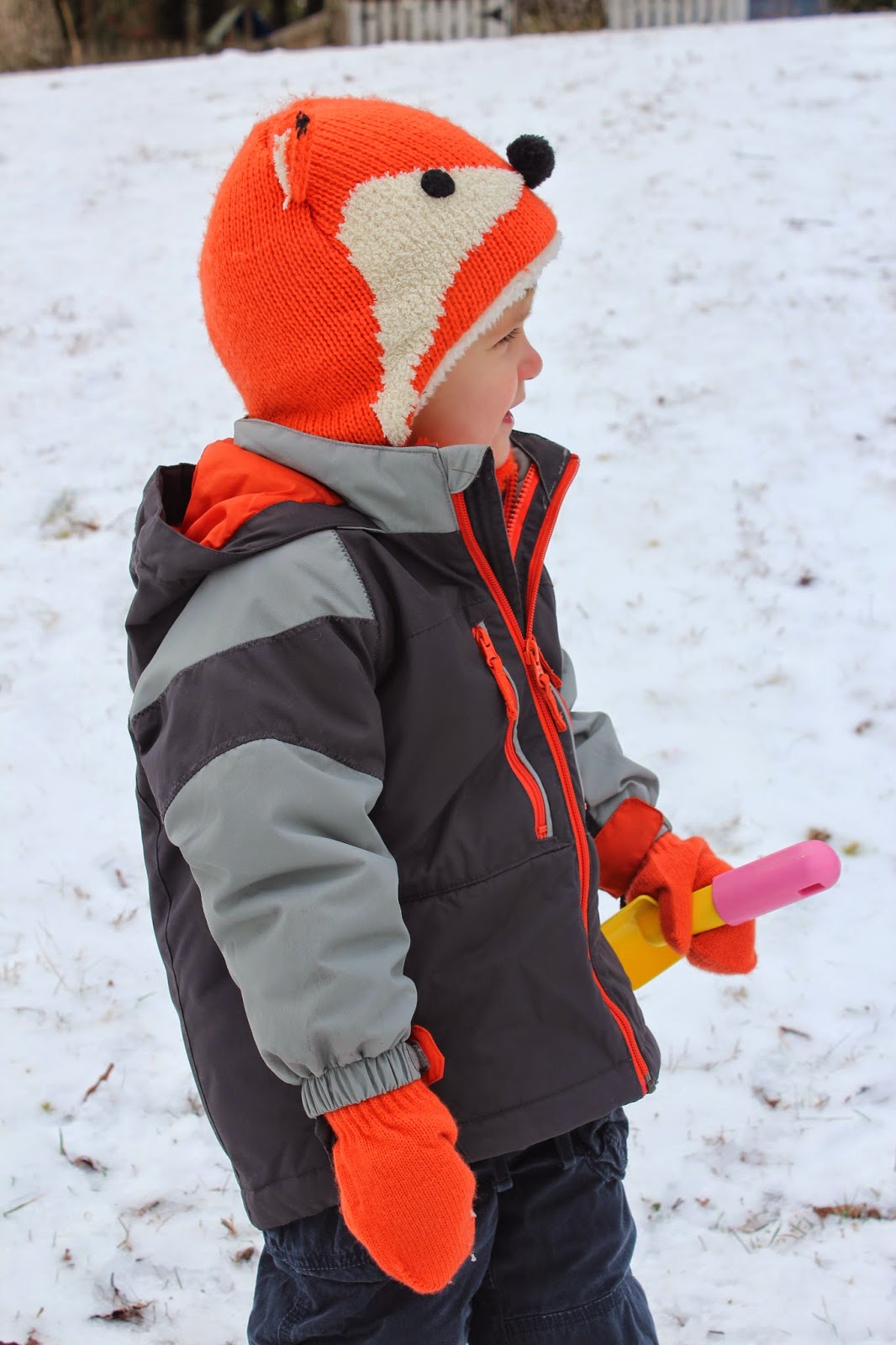 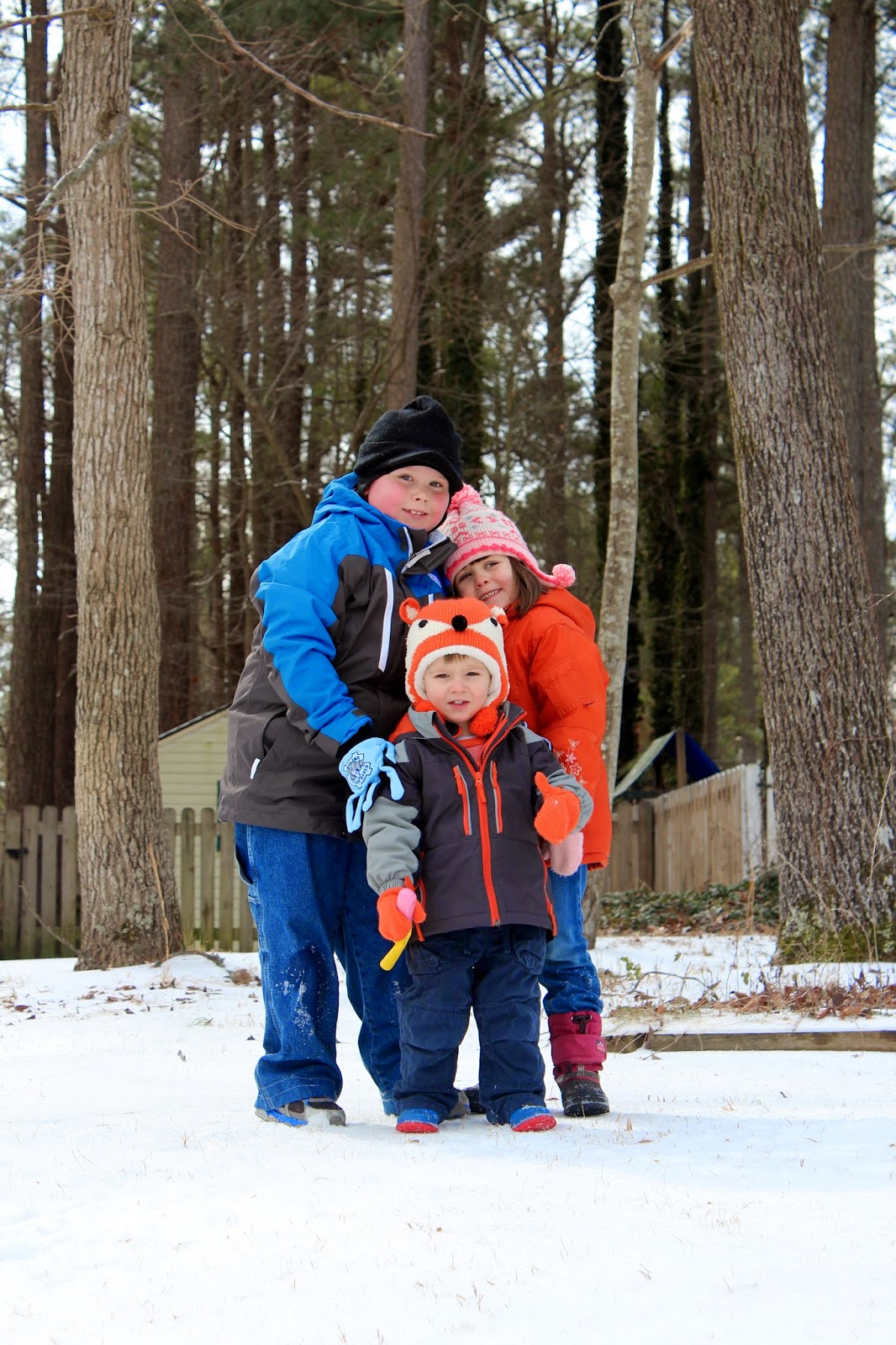 I love this one of Michael, Gigi and Orion.  Whenever we talk about someday possibly moving, Gigi is upset because she wants to live next door to Michael forever. 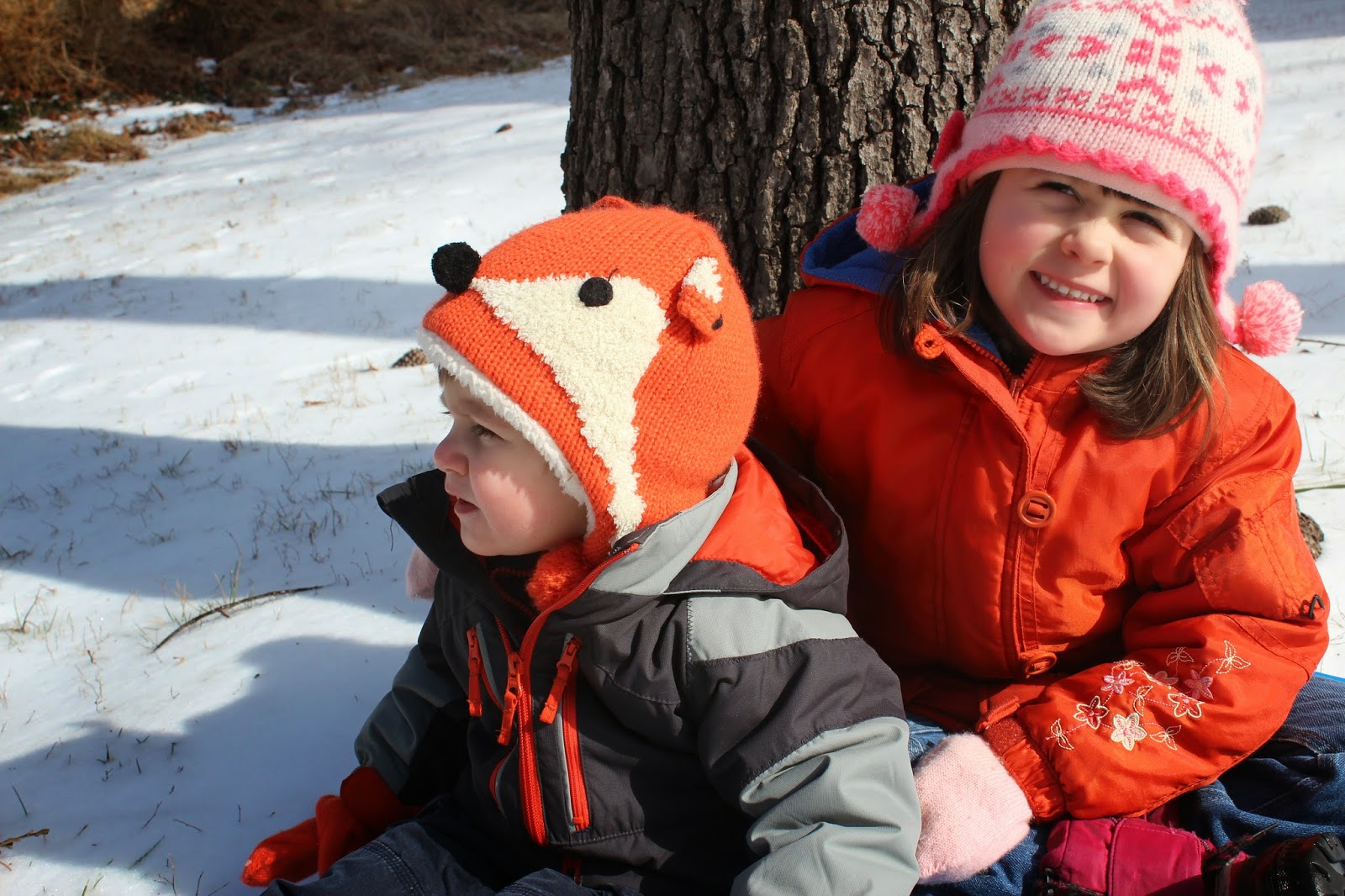 The next big snow dump the following week was your typical deep powdery snow - perfect for snowball fights and for making snowmen! 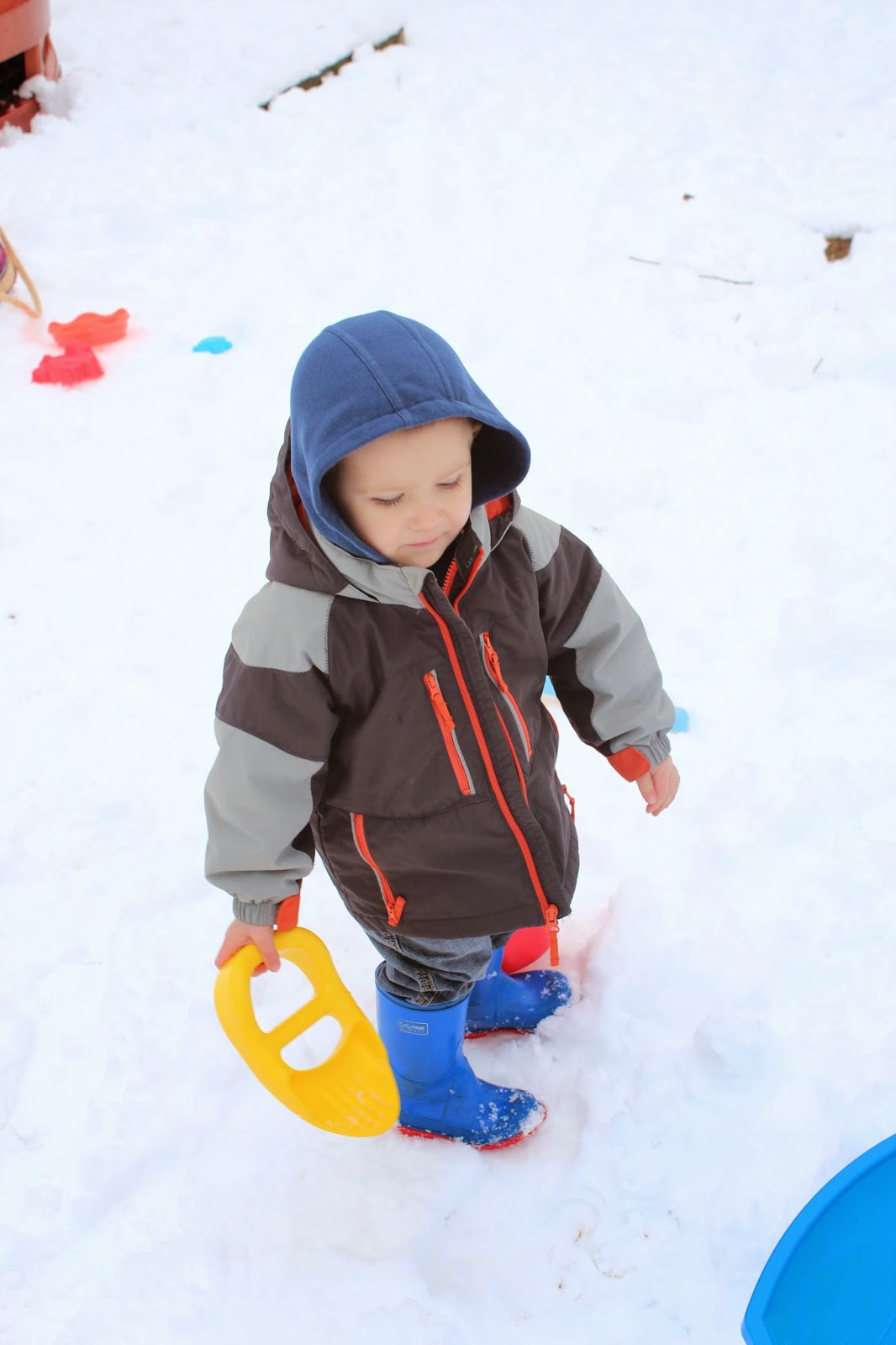 Our collective snowman had such personality!  I think it was the eyebrows. 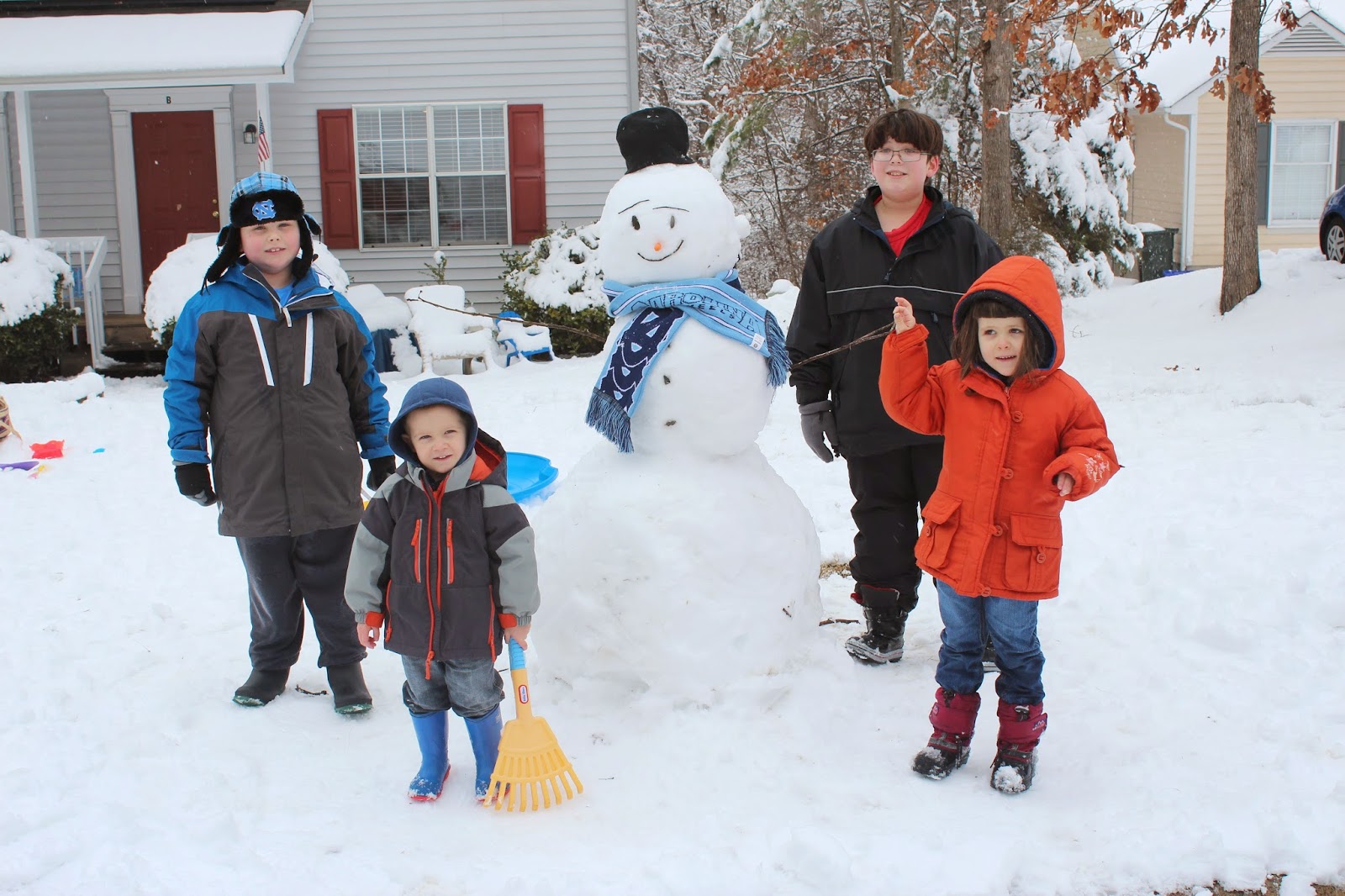 Michael, James and Jacqui, our beloved neighbors.  When you live in a duplex and share a wall with another family, it's very fortunate if you get along with each other! 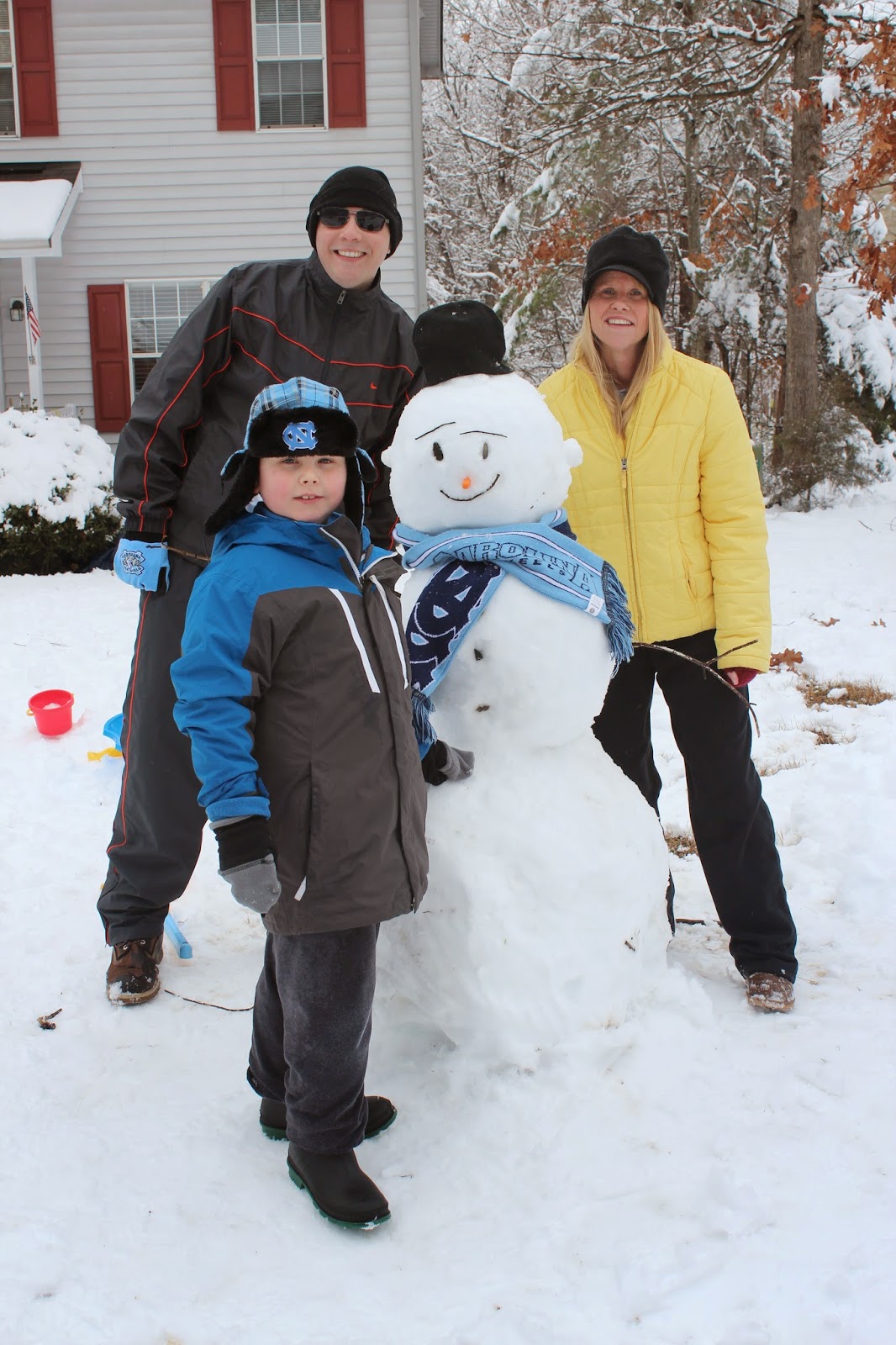 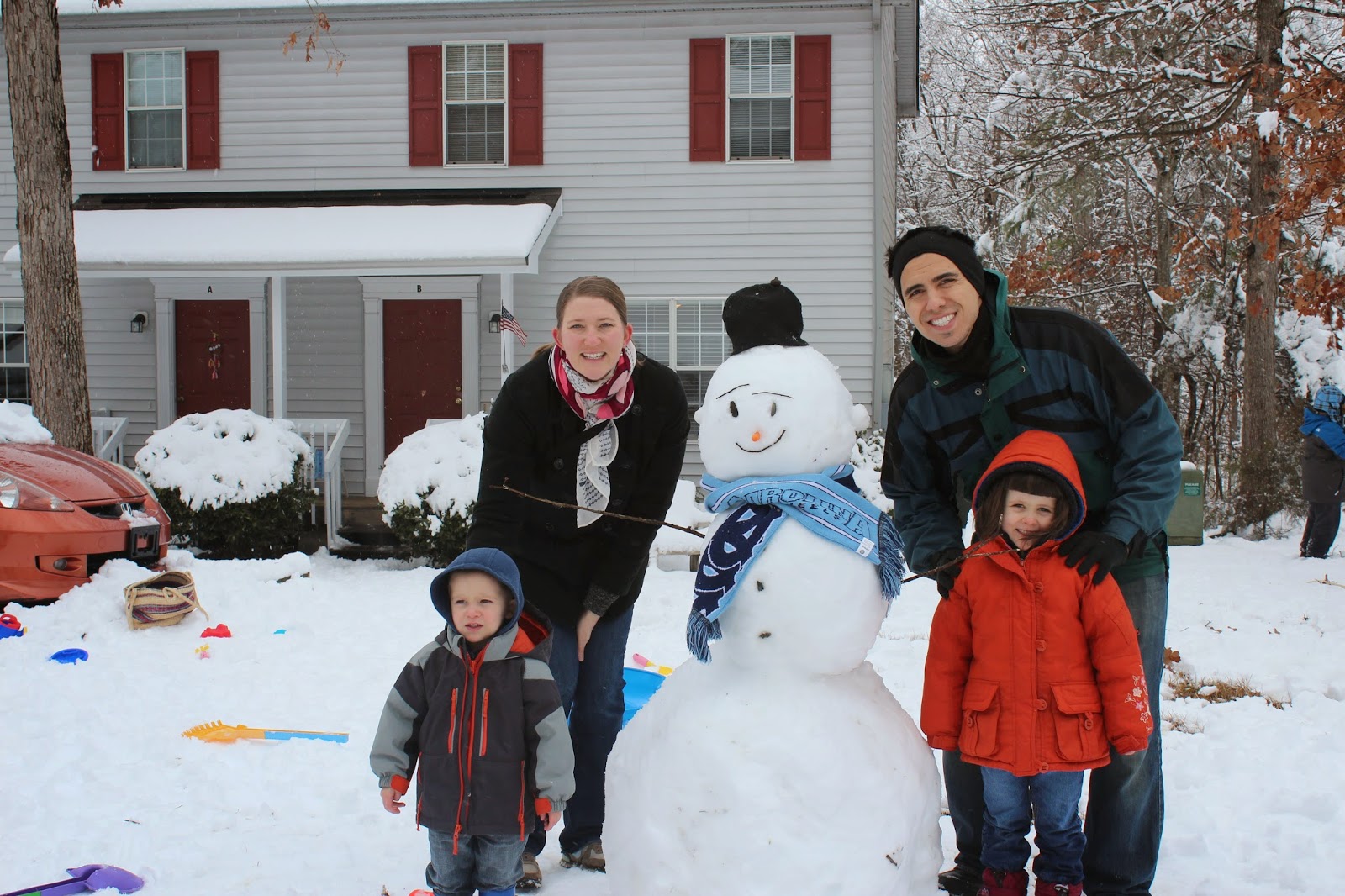 Over the past week, we have had conversations with neighbors with whom we haven't exchanged a word in a year.  The snow really stopped life and allowed everyone to come out of their caves and connect with each other in this magical winter wonderland.  Warm weather also tends to do that around here, but I can't even remember what warm weather feels like. 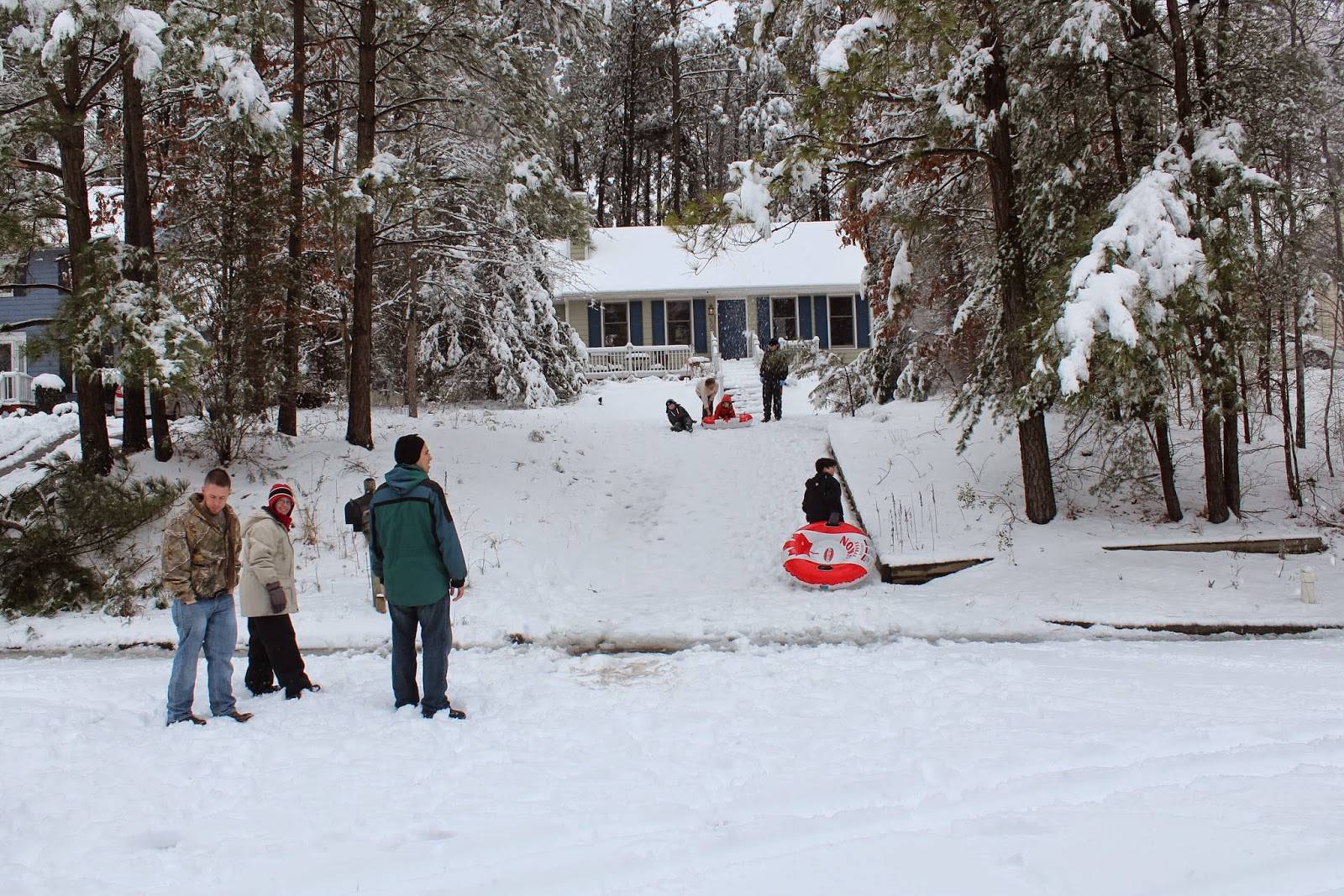 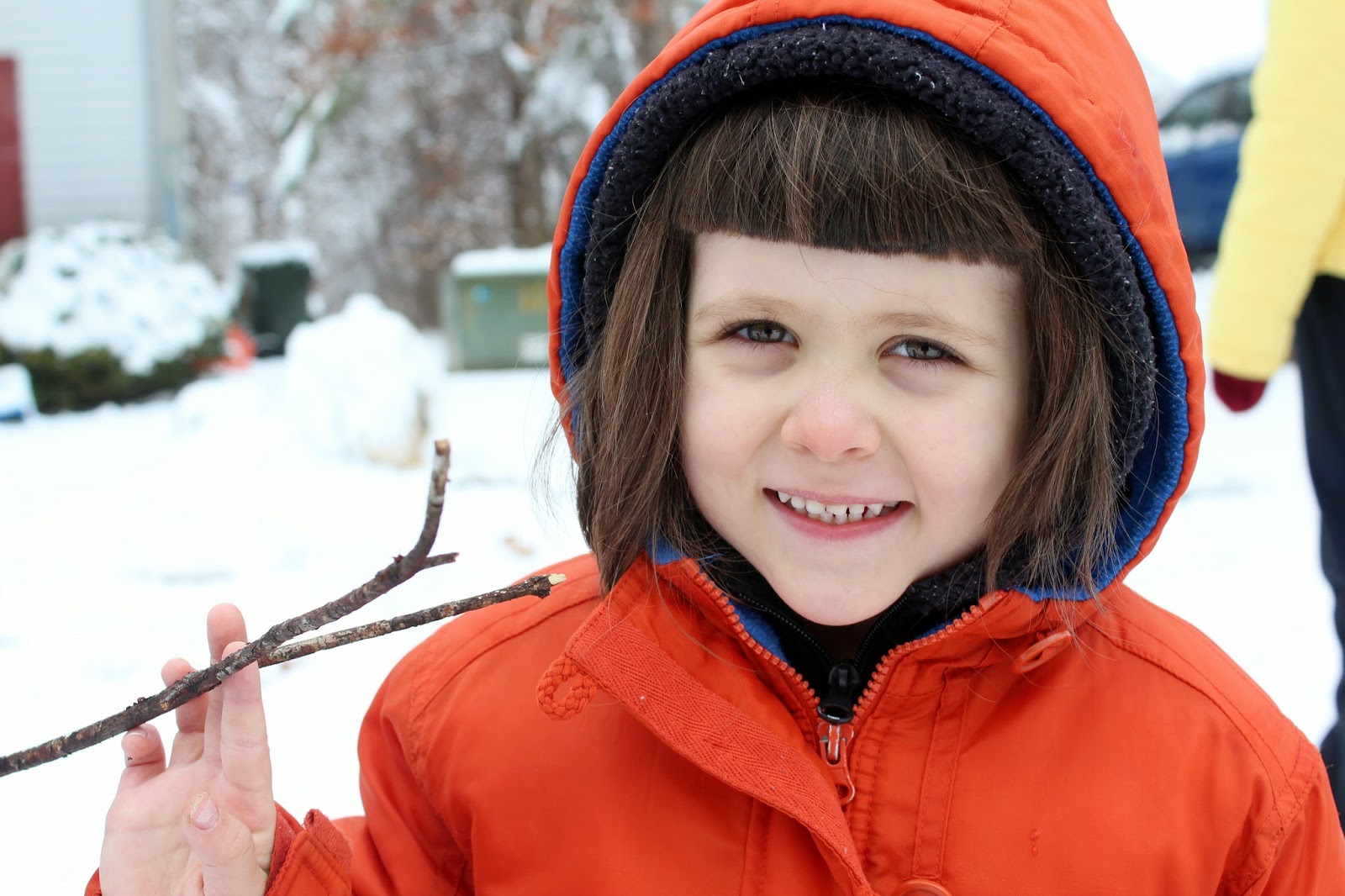 Later that afternoon, Marcos took the kids out for a walk around the block. 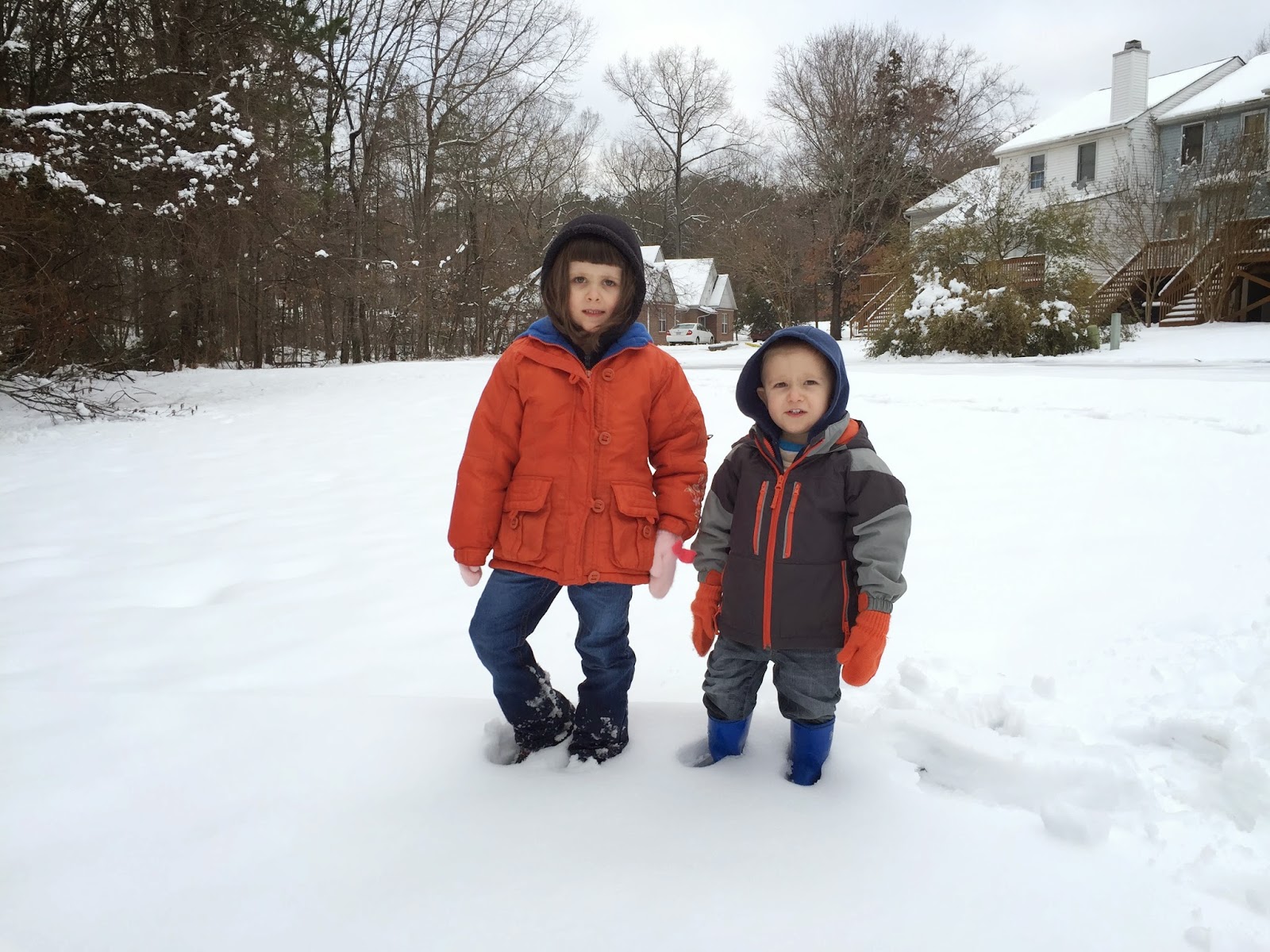 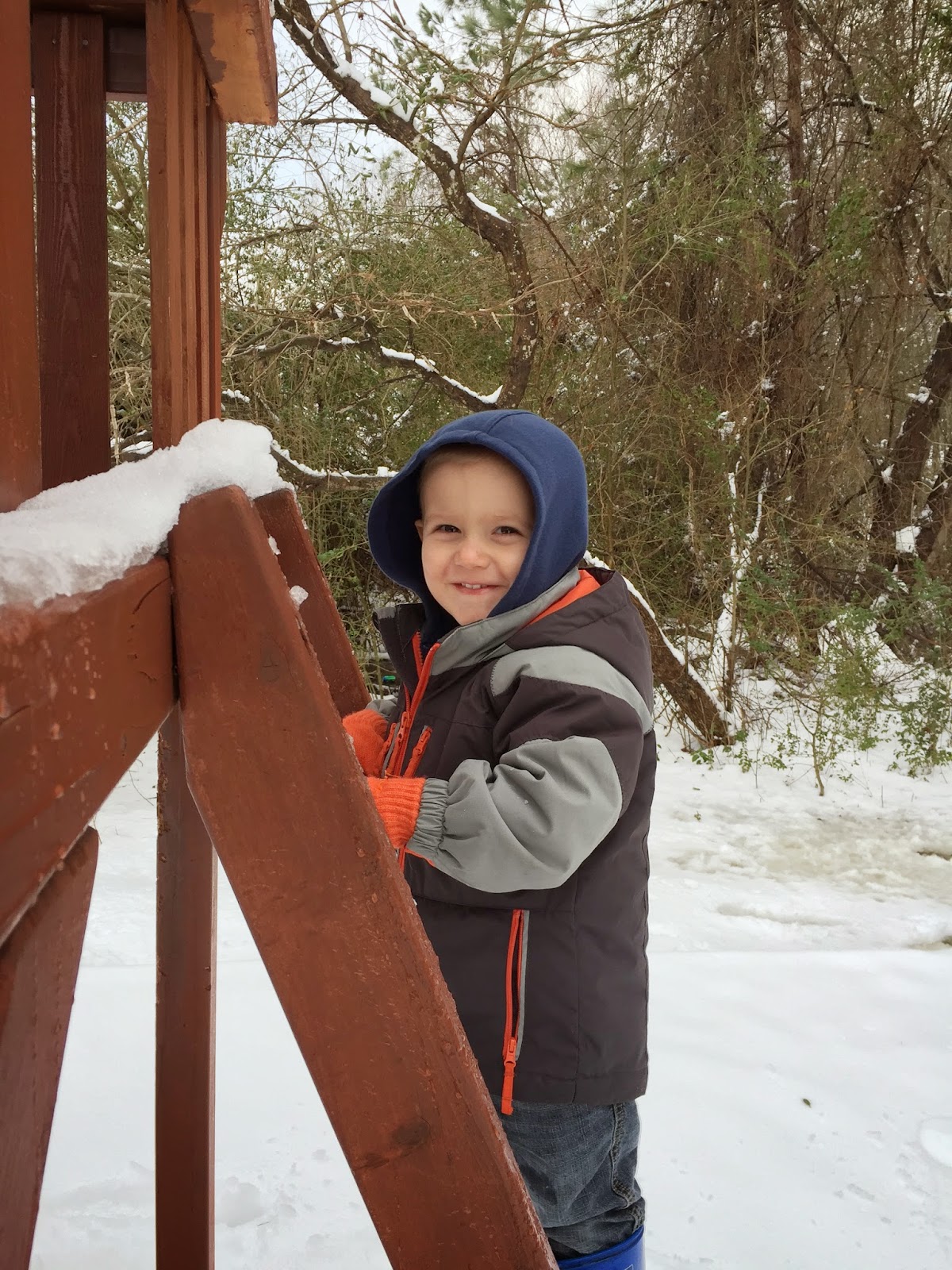 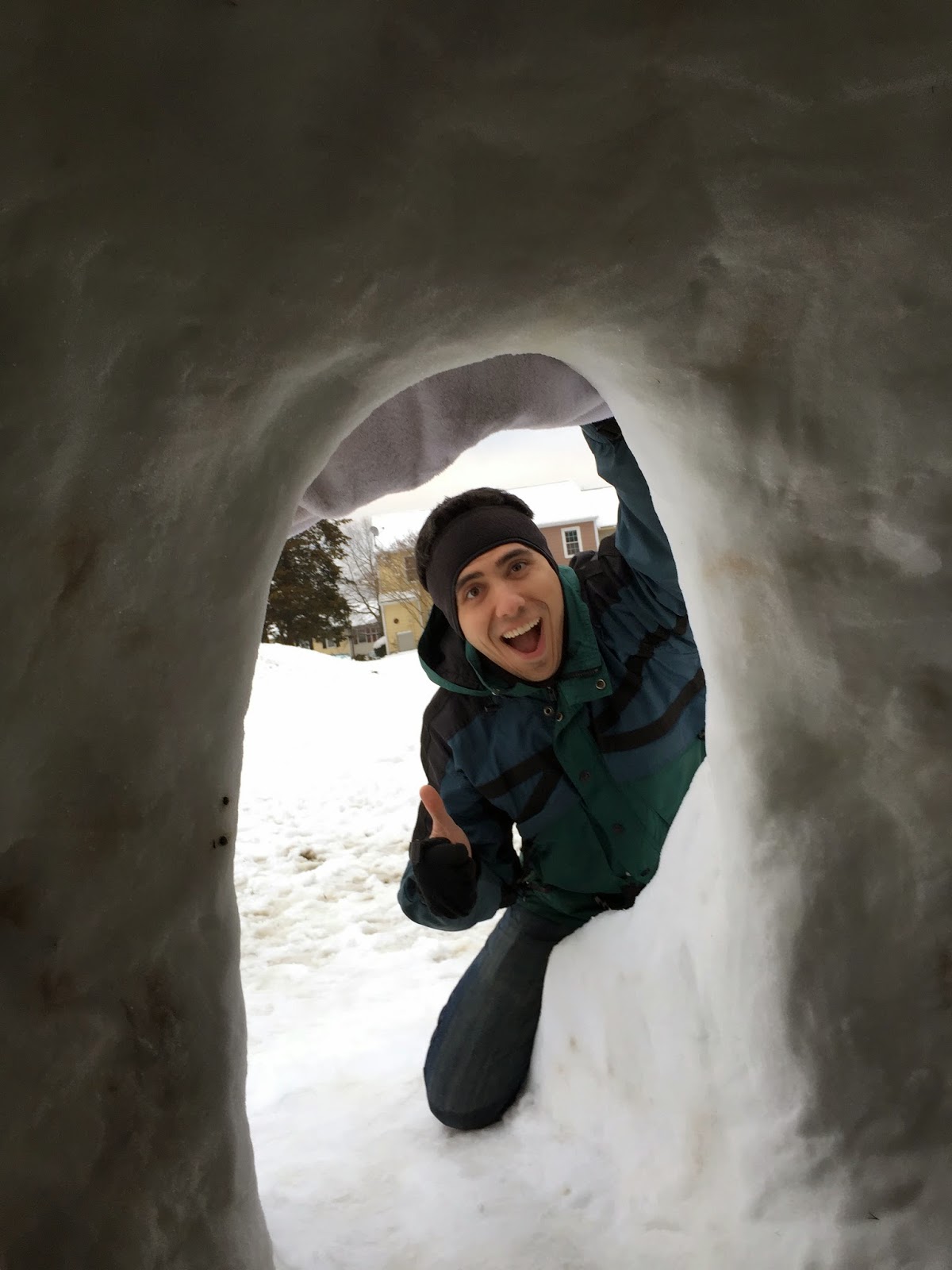 They stumbled across a couple who had made an igloo, lit it with candles, and were eating a dinner of ice cream together! 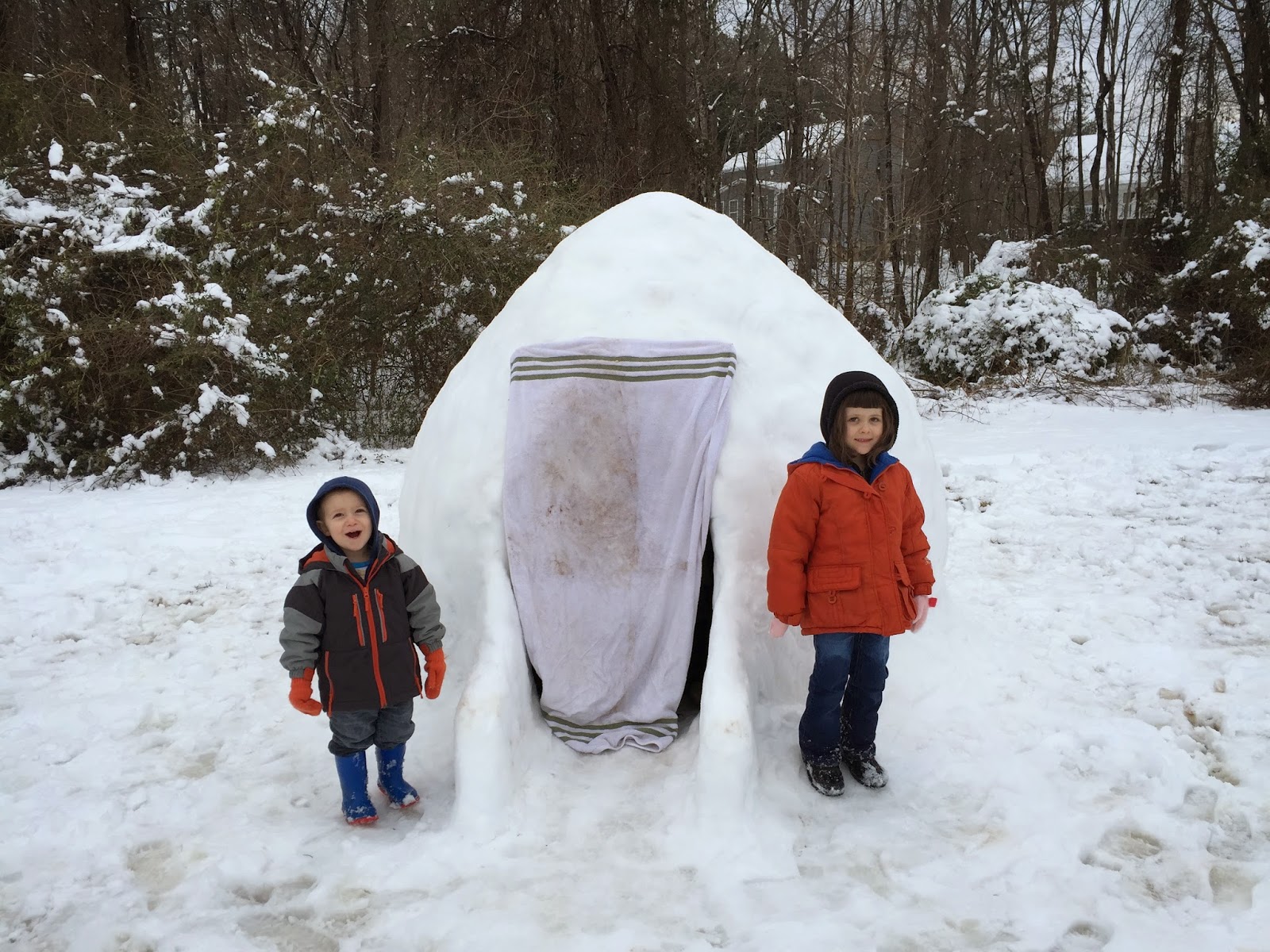 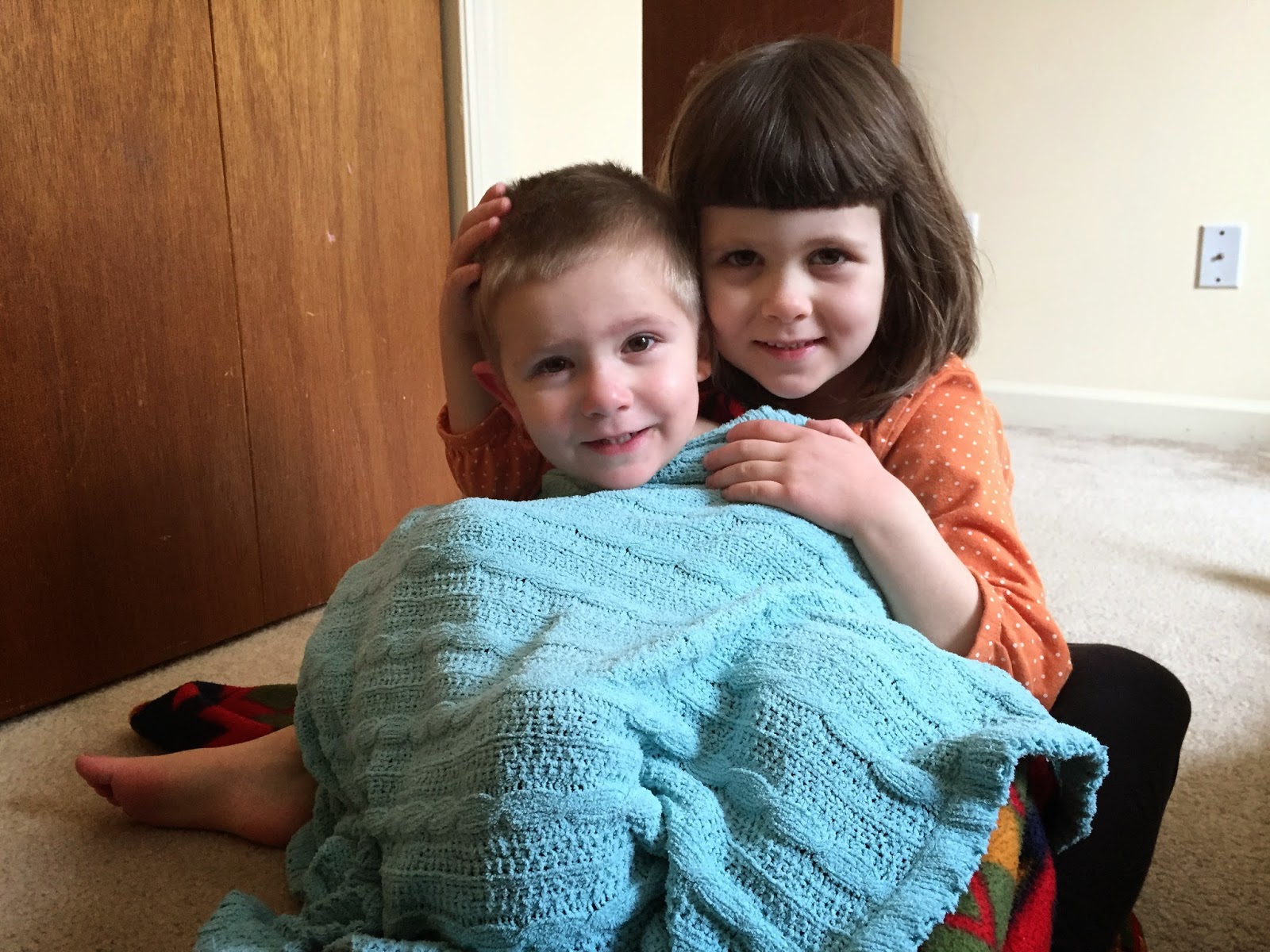 But on that trip around the block, Gigi and Orion's socks had gotten soaked, and they returned home wet and freezing cold.  It was time to turn on the space heater and let the kids snuggle up!  Lots of hot cocoa, lots of snuggling and family time this week.  Thanks, winter weather!

I cannot even begin to imagine a winter like that! How cool is that family who made the igloo and ate ice-cream together. Their kids will remember that for years to come....as will yours with all the lovely time you spend with them. xx