Four Times Round the Sun

My whole heart is so full - fit to burst - when I think about how lucky we are that we have Gigi as our daughter.  She is so loving, clever, sneaky, gentle with younger kids, expressive, affectionate, doting, articulate, curious, assertive, judicious, lively and beautiful.  It is a joy to watch her grow up.

In the morning we started with a surprise of a donut tower for breakfast!  Four donuts, which equalled four mistakes.  Gigi only ate a half of one donut, and by the time I had finished mine, just the thought of the brownies I had made for a special birthday preschool treat that would come two hours later, free ice cream at the farm later that day, and cake and ice cream at dinner that night was enough to make my stomach hurt.  Am I getting old?  I can't consume as much sugar as I used to be able to.  Next year we will start a day of birthday celebrations with a bowl of Grape Nuts or something like that as a buffer! 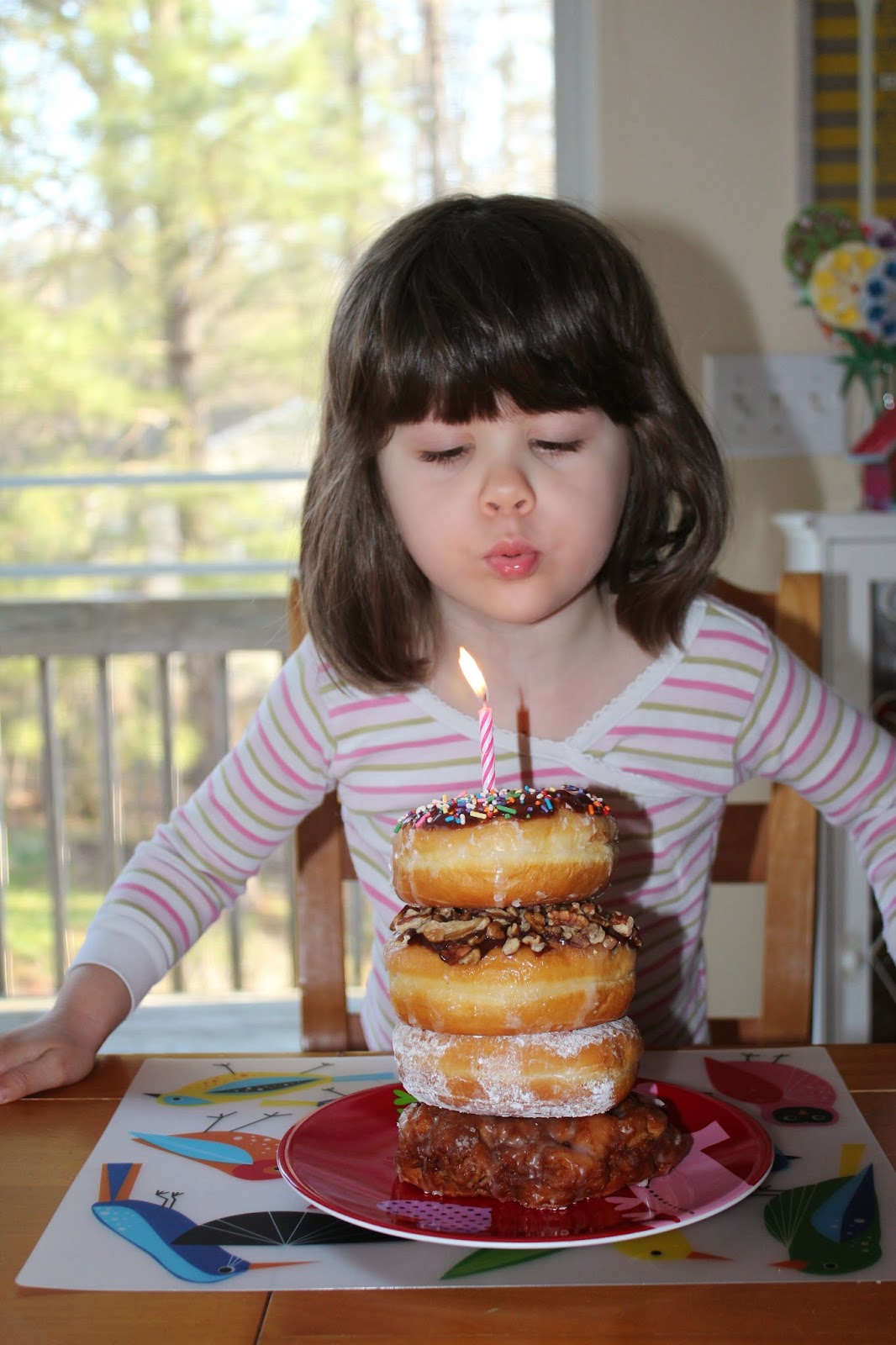 At preschool my friend Guenieve made Gigi a birthday crown and the kiddos had my homemade brownies for a special birthday treat.  After a picnic lunch out on our front lawn in the sun, my mom and I took the kids to Farm Animal Days in Raleigh, hosted by the NC State University agricultural department.  It's a free family event to give kids exposure to all of the baby animals that are born on the farm in the spring and it was really fun.  We went last year, and now Orion was able to enjoy it too.  His 17-month old brain categorized every single animal as a dog, but... you know, he will sort it out. 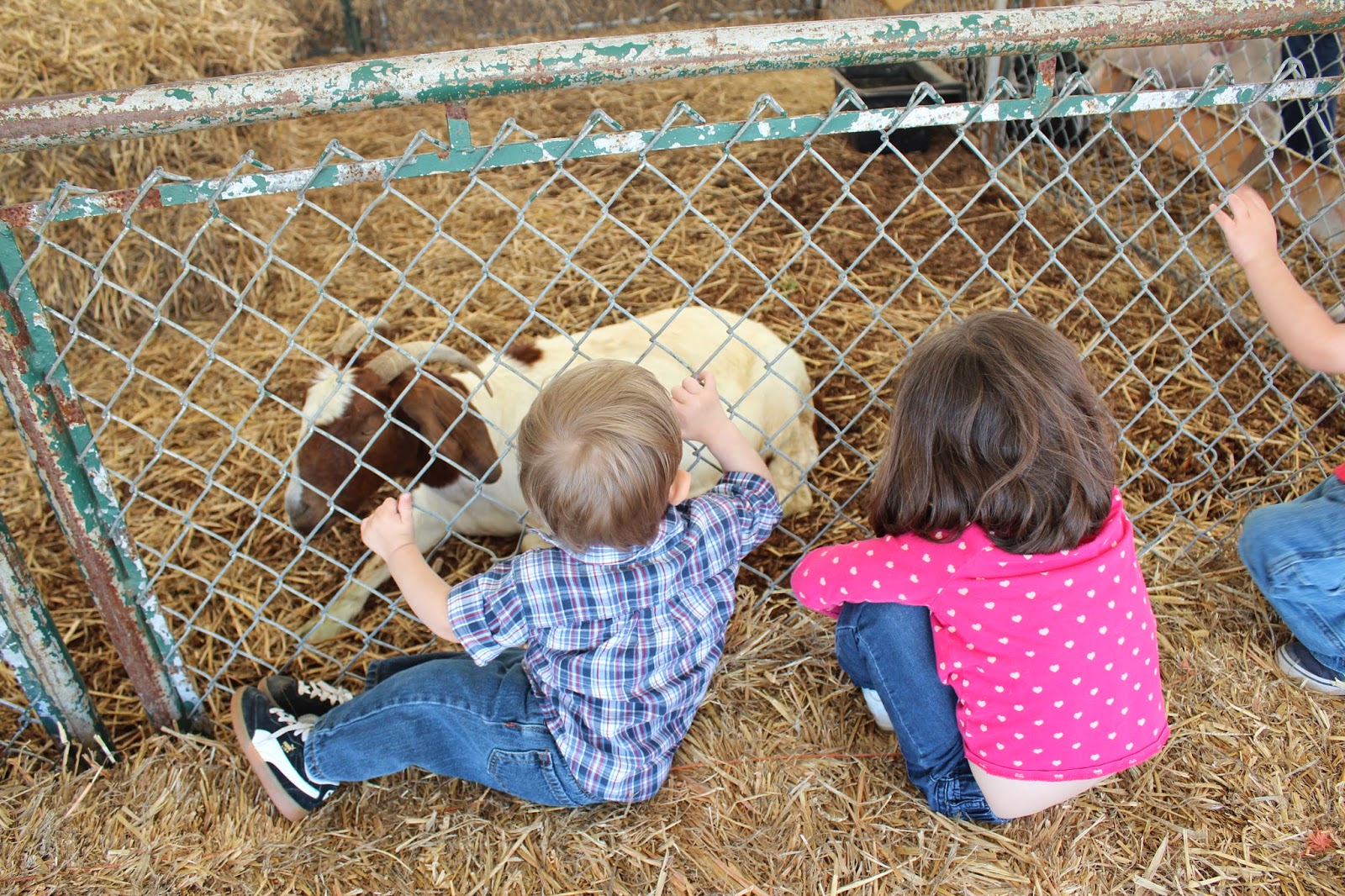 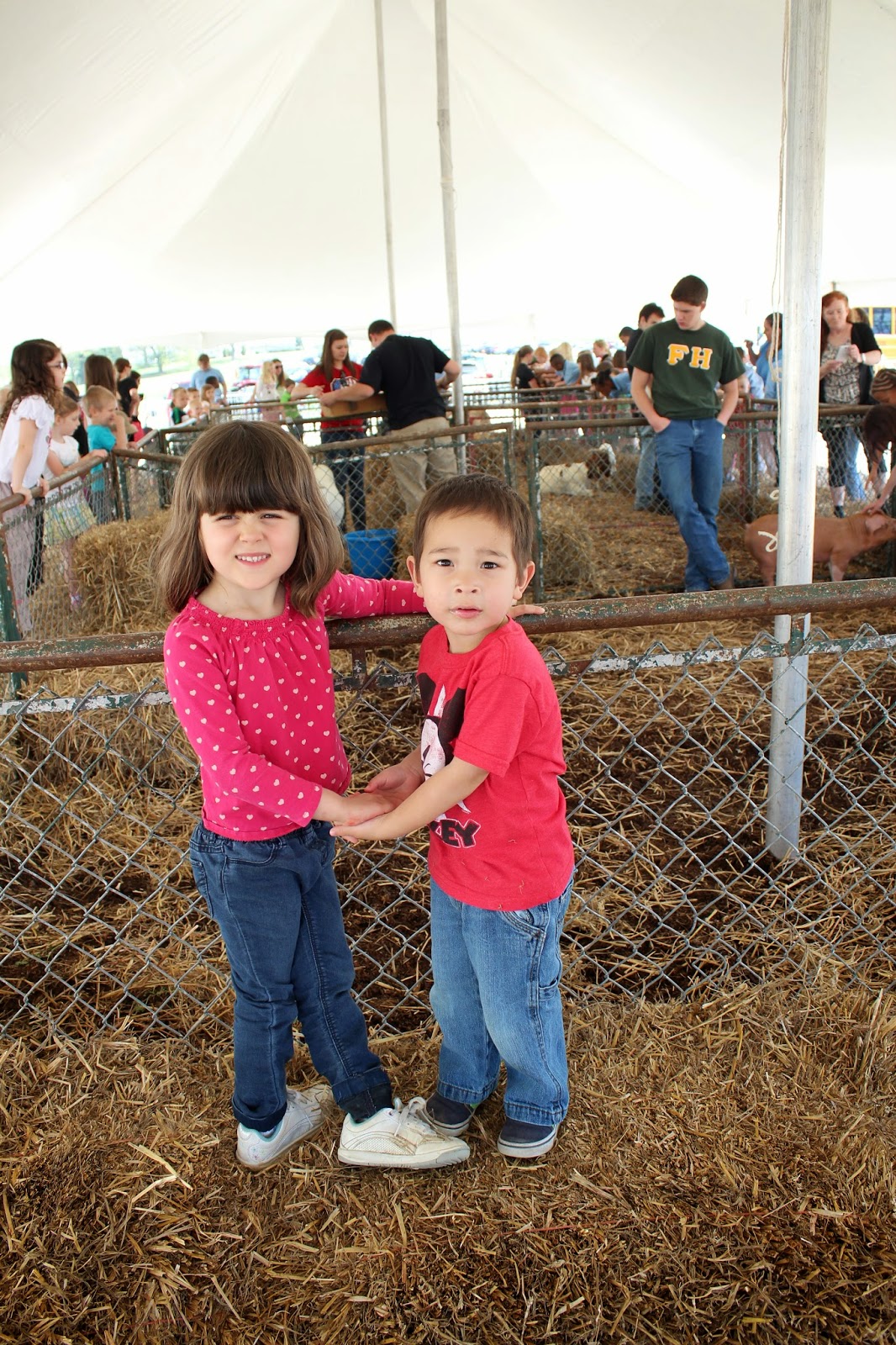 Our friends the Liengs joined us at the Farm, and Gigi's little friend Boy Boy worked through some inner hesitations about holding her hand.  And the tractors! 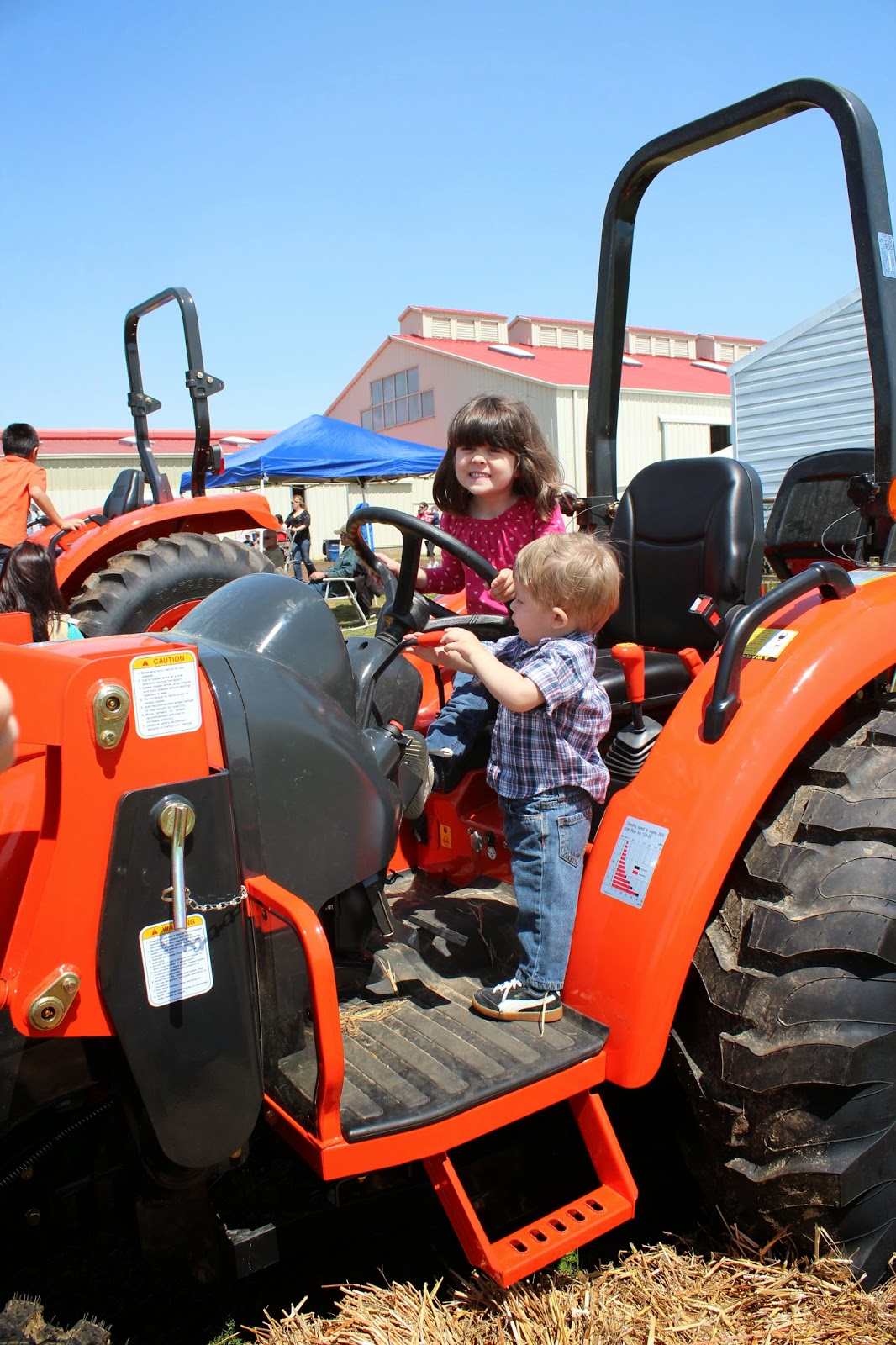 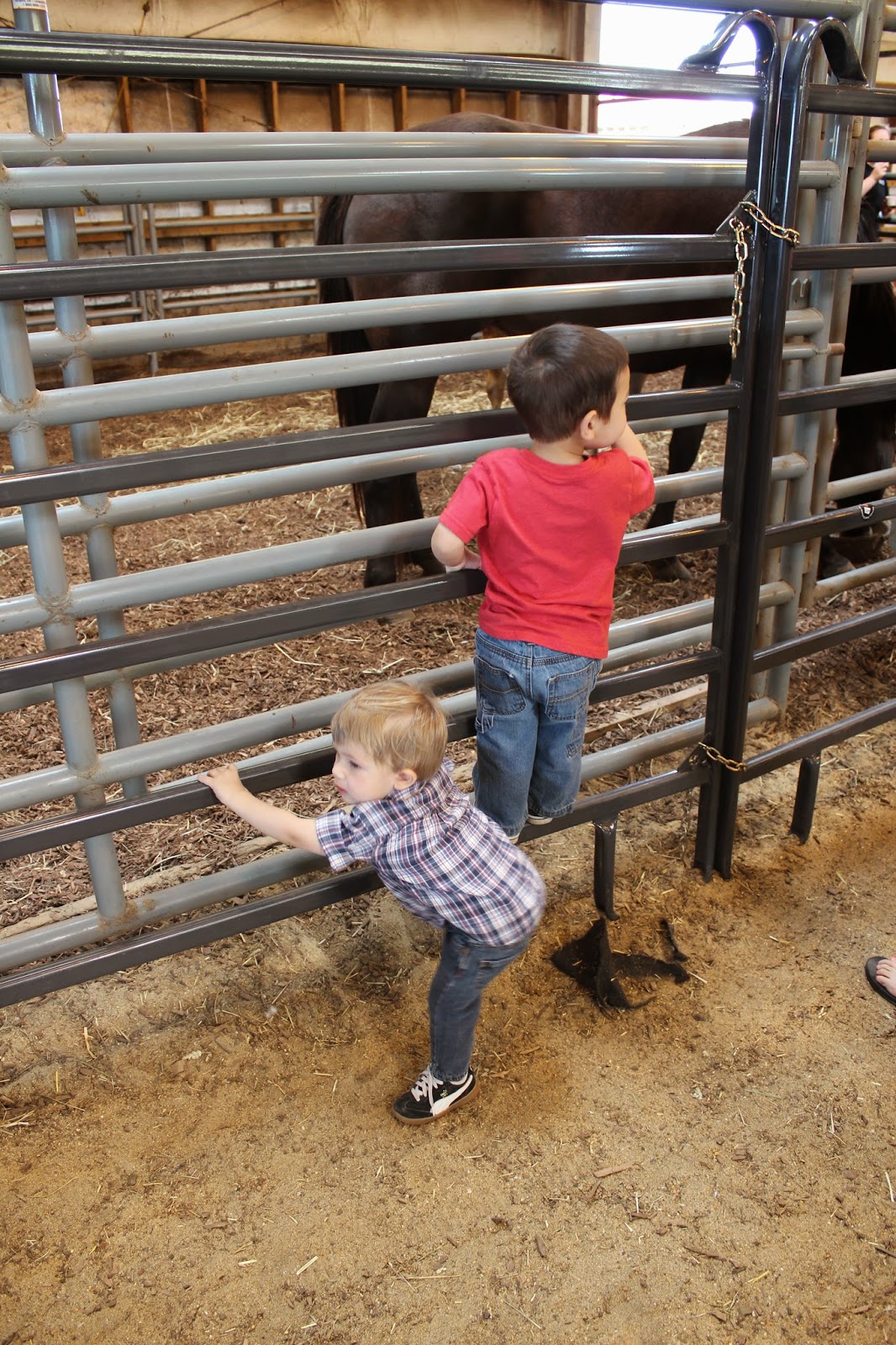 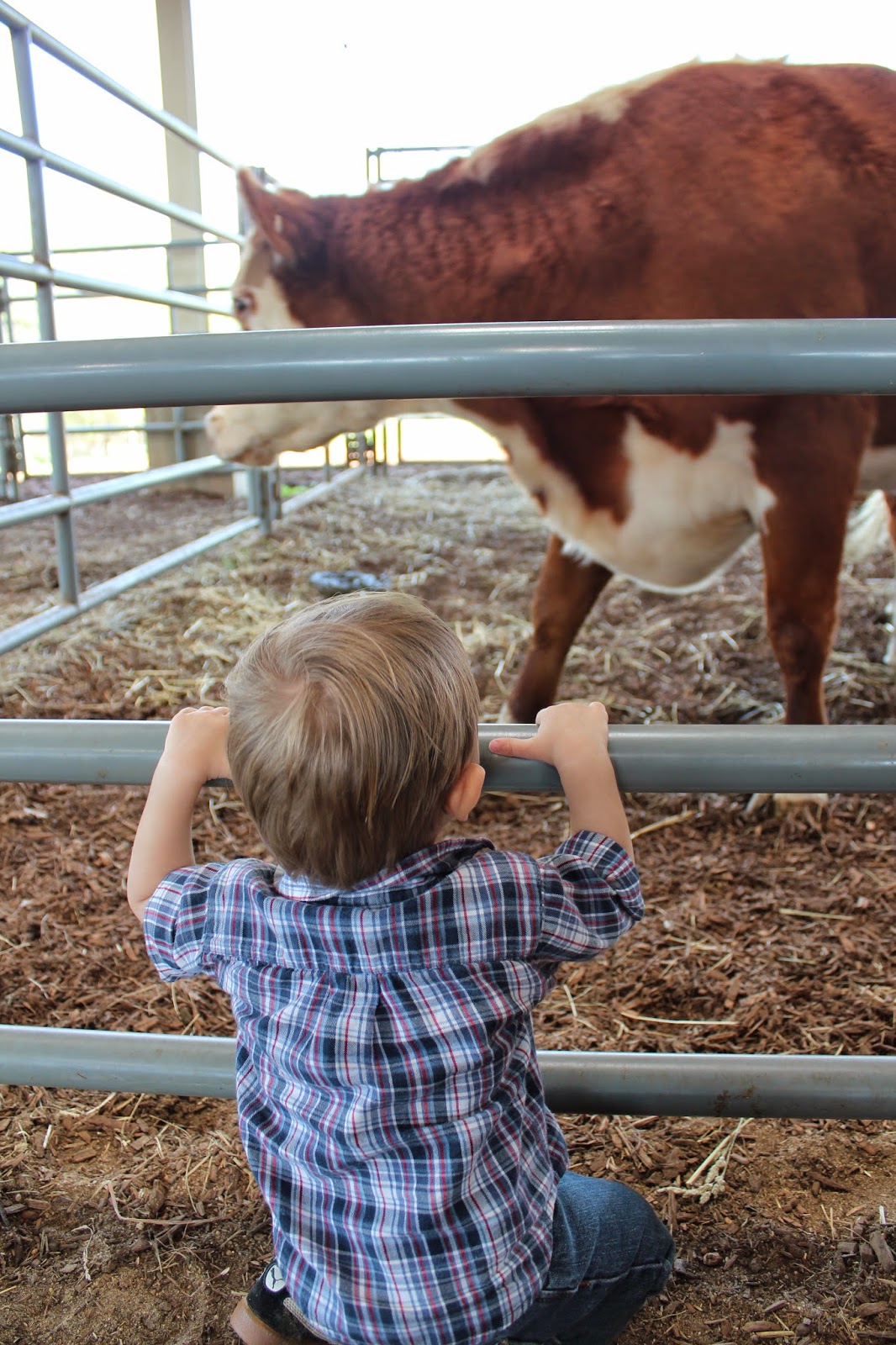 Orion was a happy farm boy, wandering around, climbing up whatever he could.  We worked on stroking the animals with soft hands.  He thought the chicks were quite something. 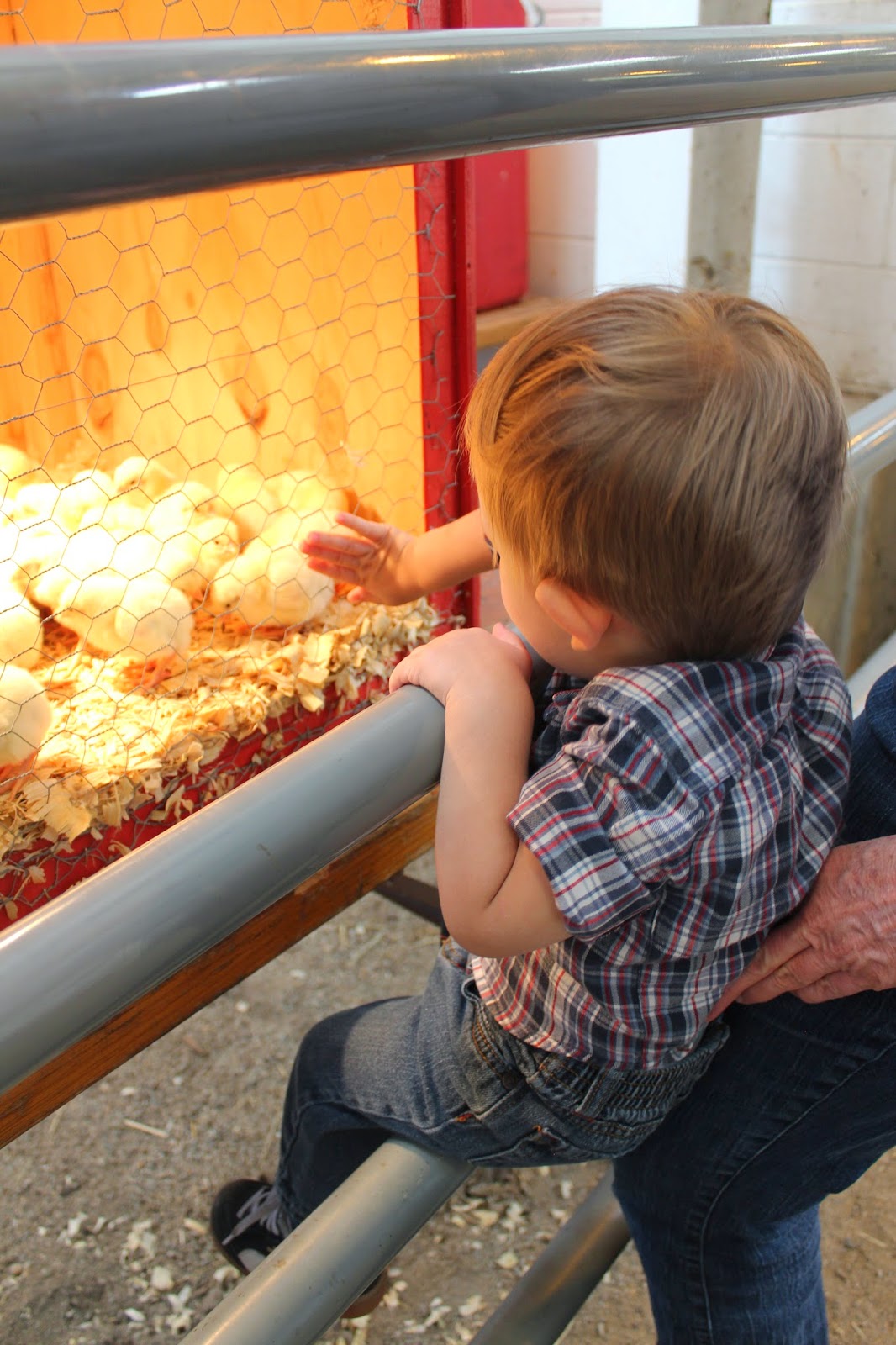 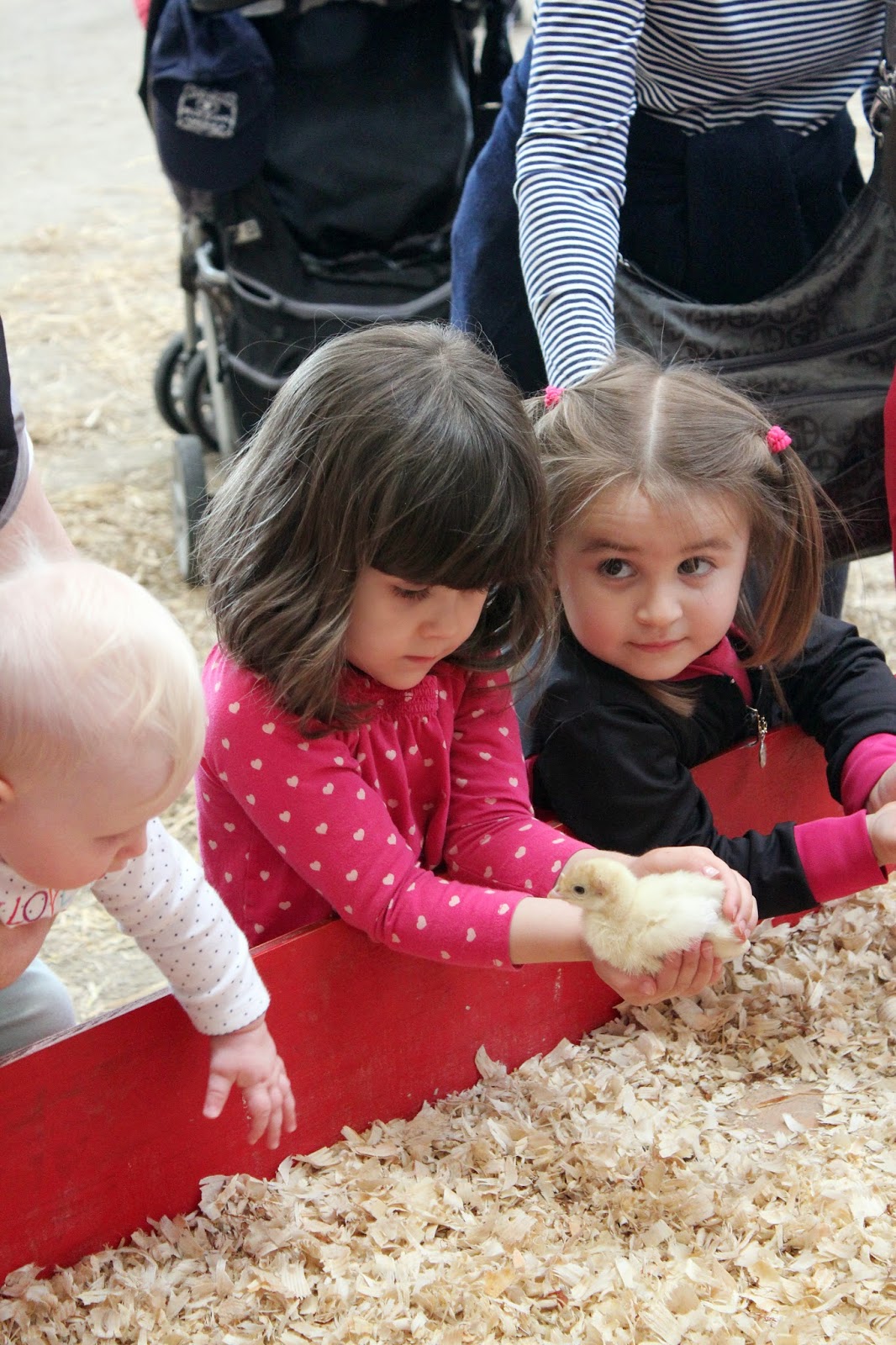 The best thing about Farm Animal Days is that it is really hands on.  There are many University students there as volunteers, helping the kids to hold chicks, or pet the baby goats and sheep. 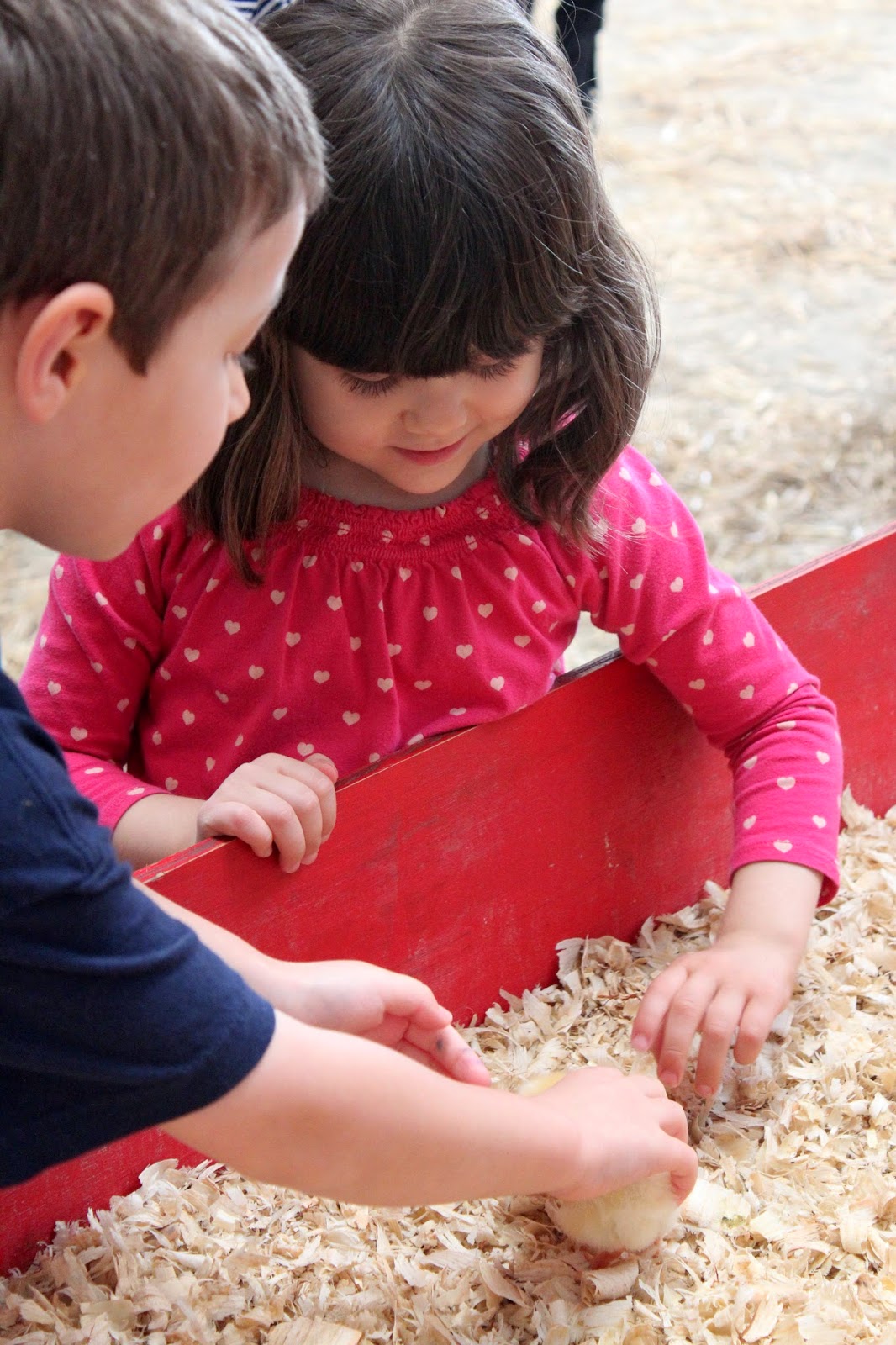 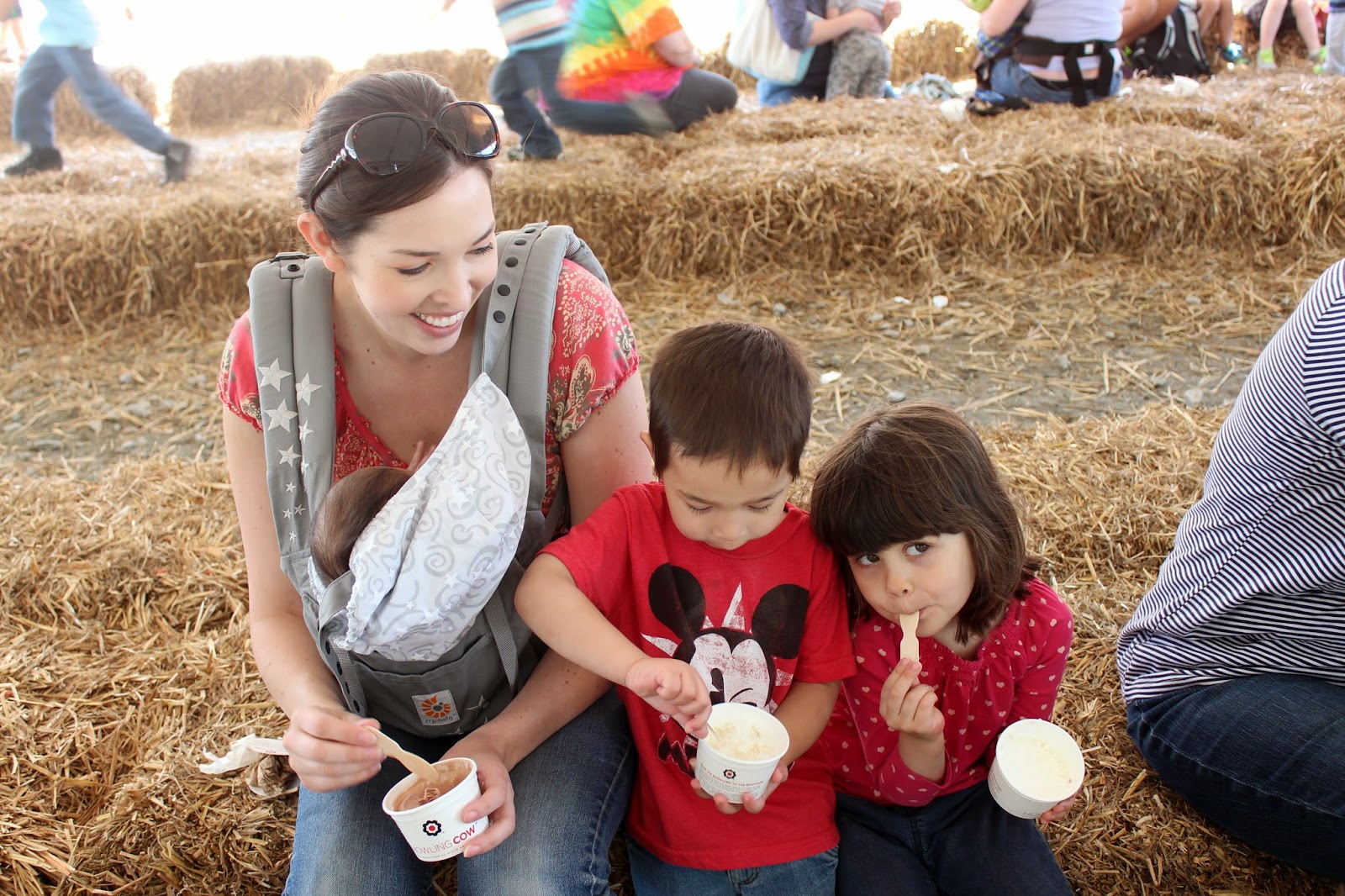 And their dairy cows make a delicious ice cream.  Chocolate, vanilla and strawberry were distributed in little cups and devoured. 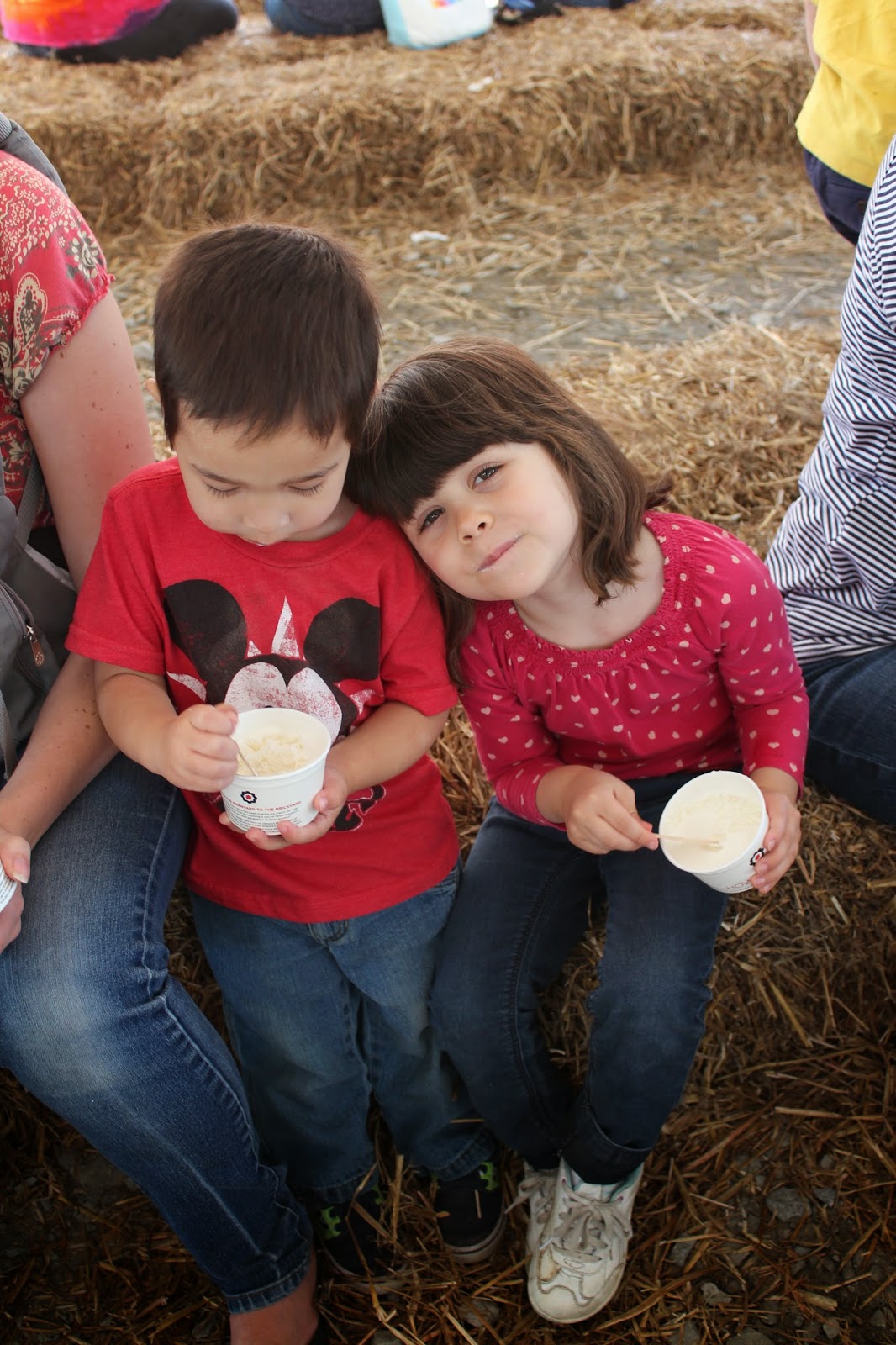 So glad that my mom got to come with us!  Gigi loves having her Tutu be such a regular part of our lives.  Me too.  It's amazing what can get done with another set of hands on deck. 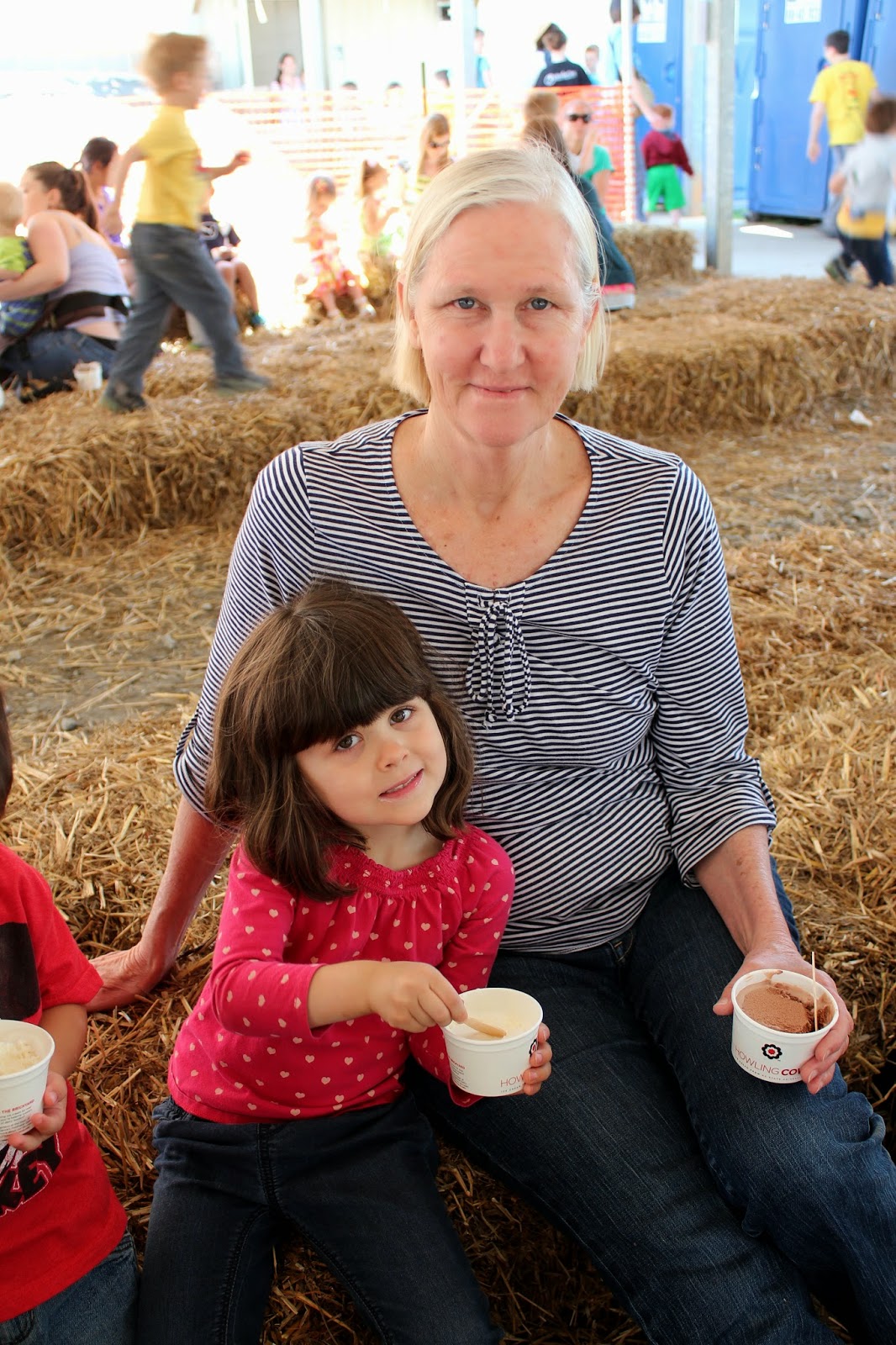 And some classic shots of Boy Boy and Gigi in the tractor tire on the way out... 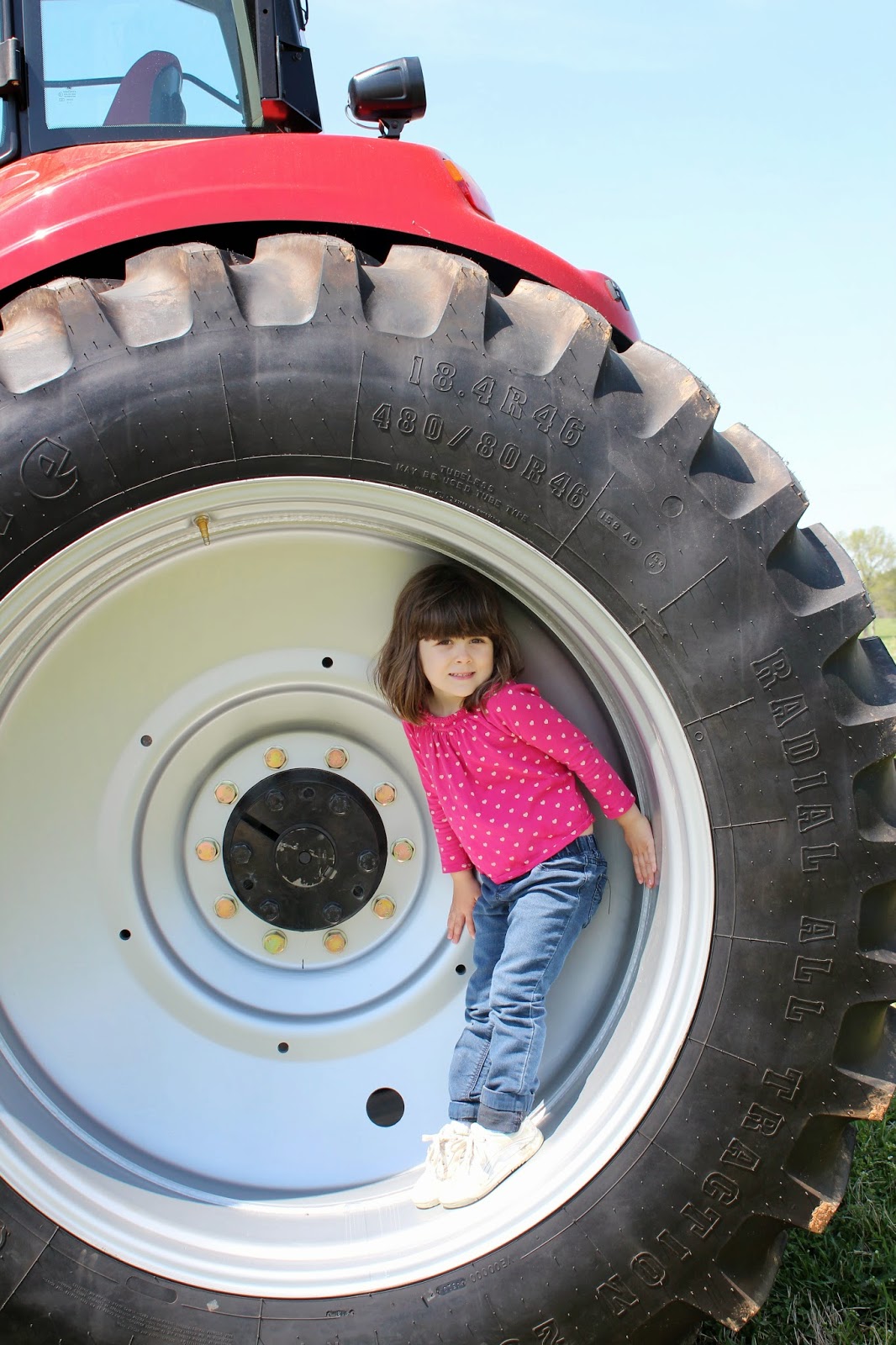 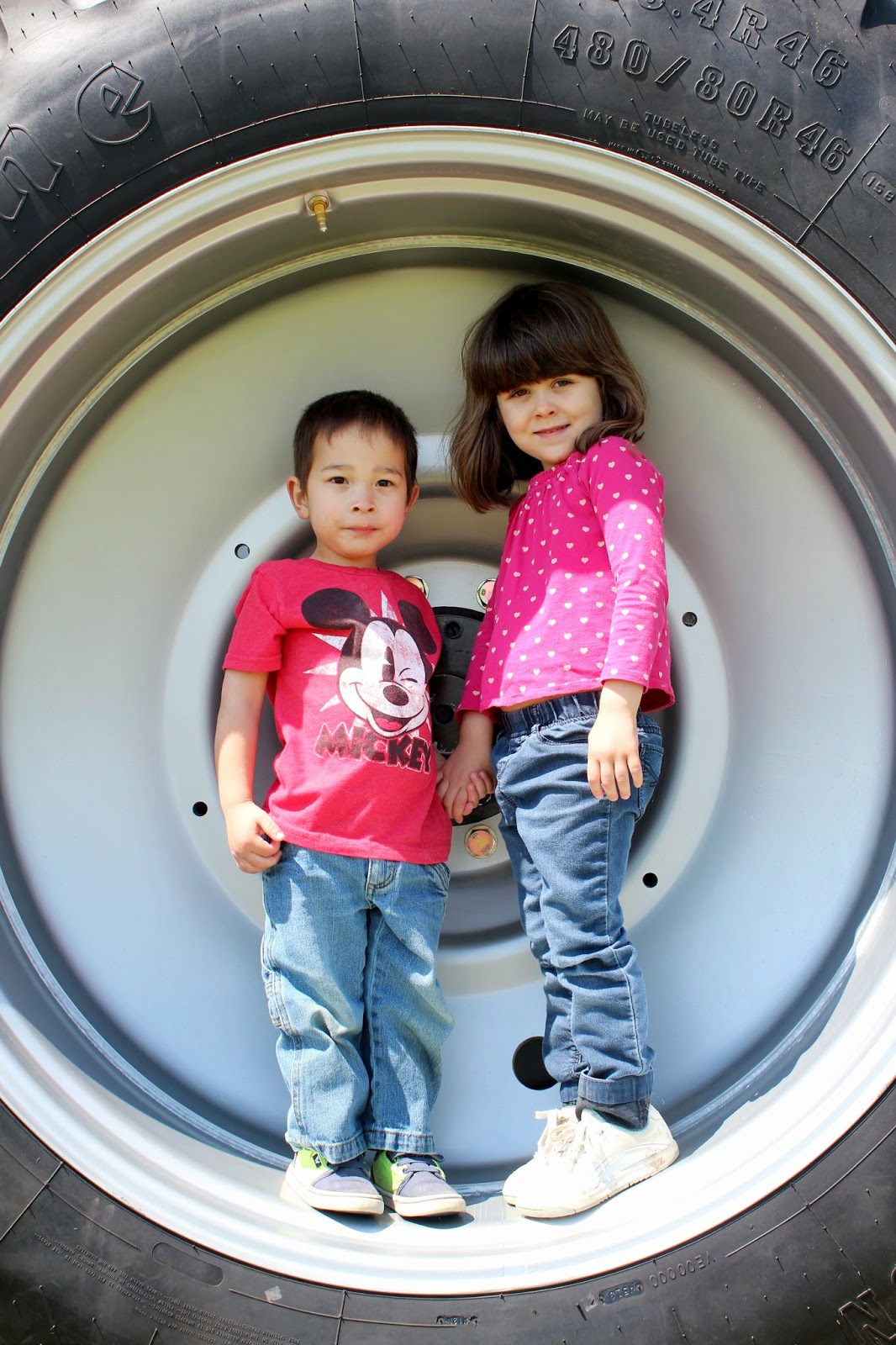 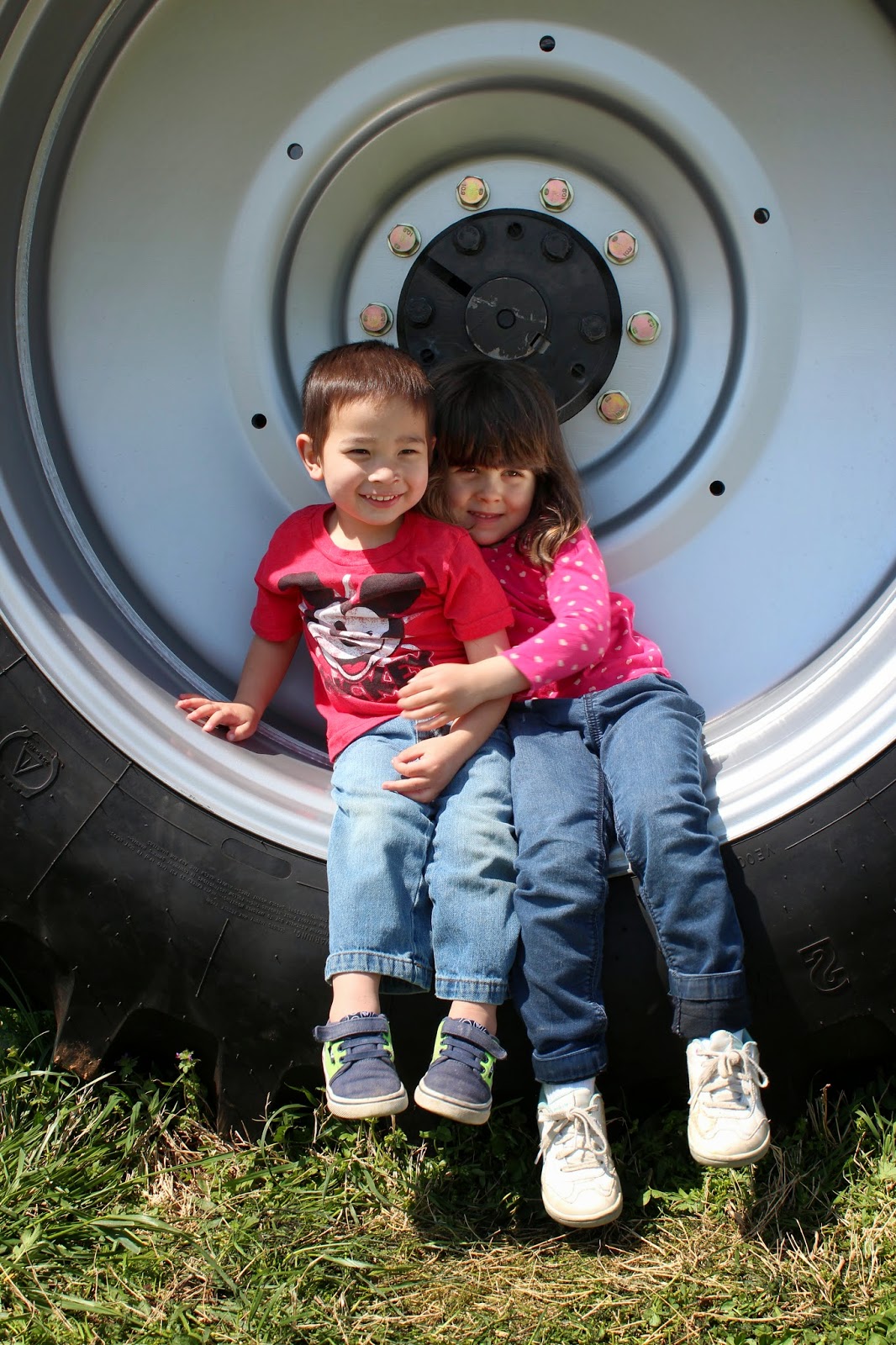 That evening, after a spaghetti dinner (per Gigi's request), we invited some friends over to help us eat our enormous cake, and had a spontaneous cake party back out in the front yard.  I super love this photo of Marcos and Gigi. 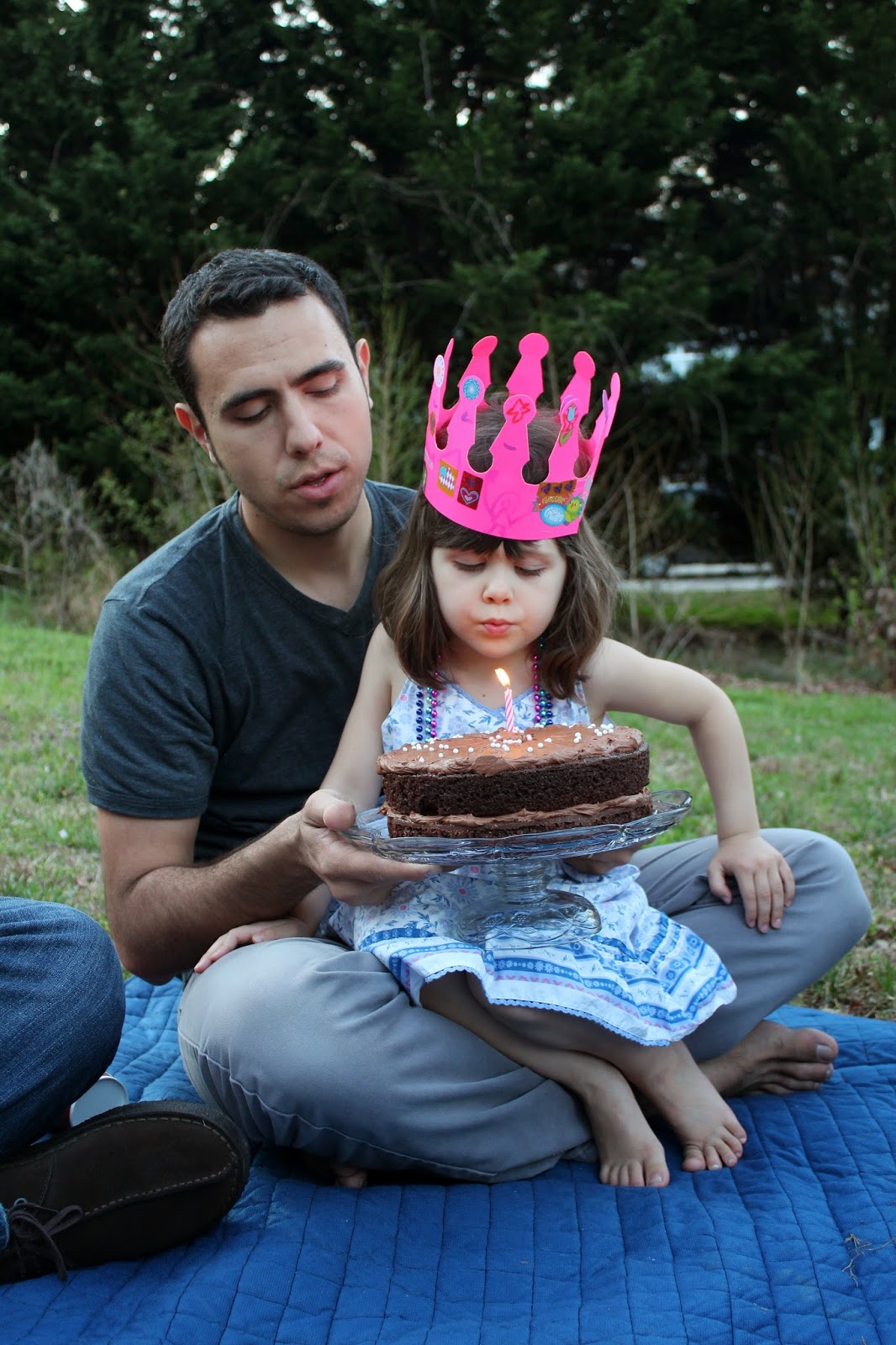 After cake, the kids ran off to draw with sidewalk chalk and play ball in the cul-de-sac.  It was a fine day to turn four.  Happy Birthday sweet Giovanna! 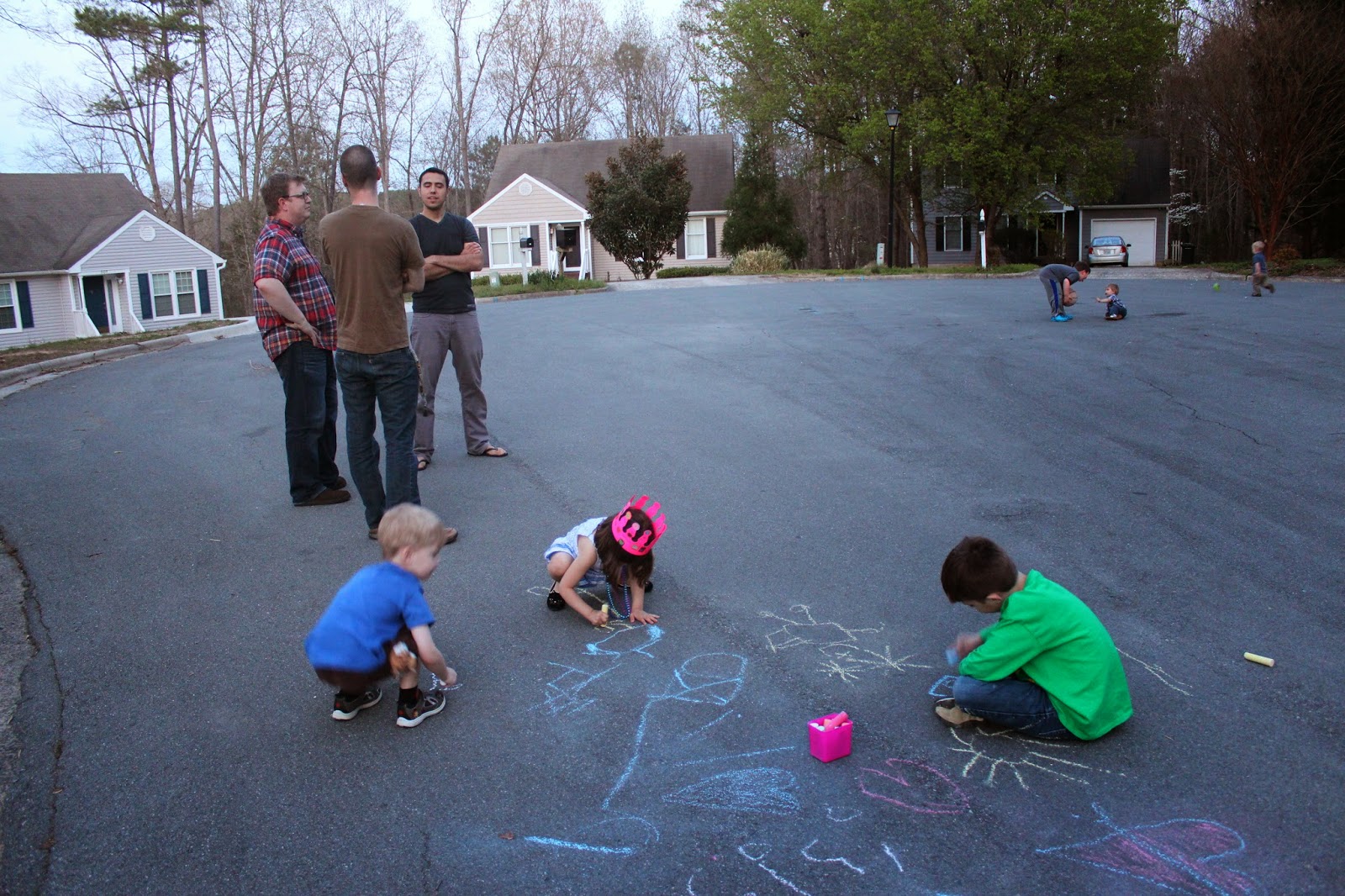 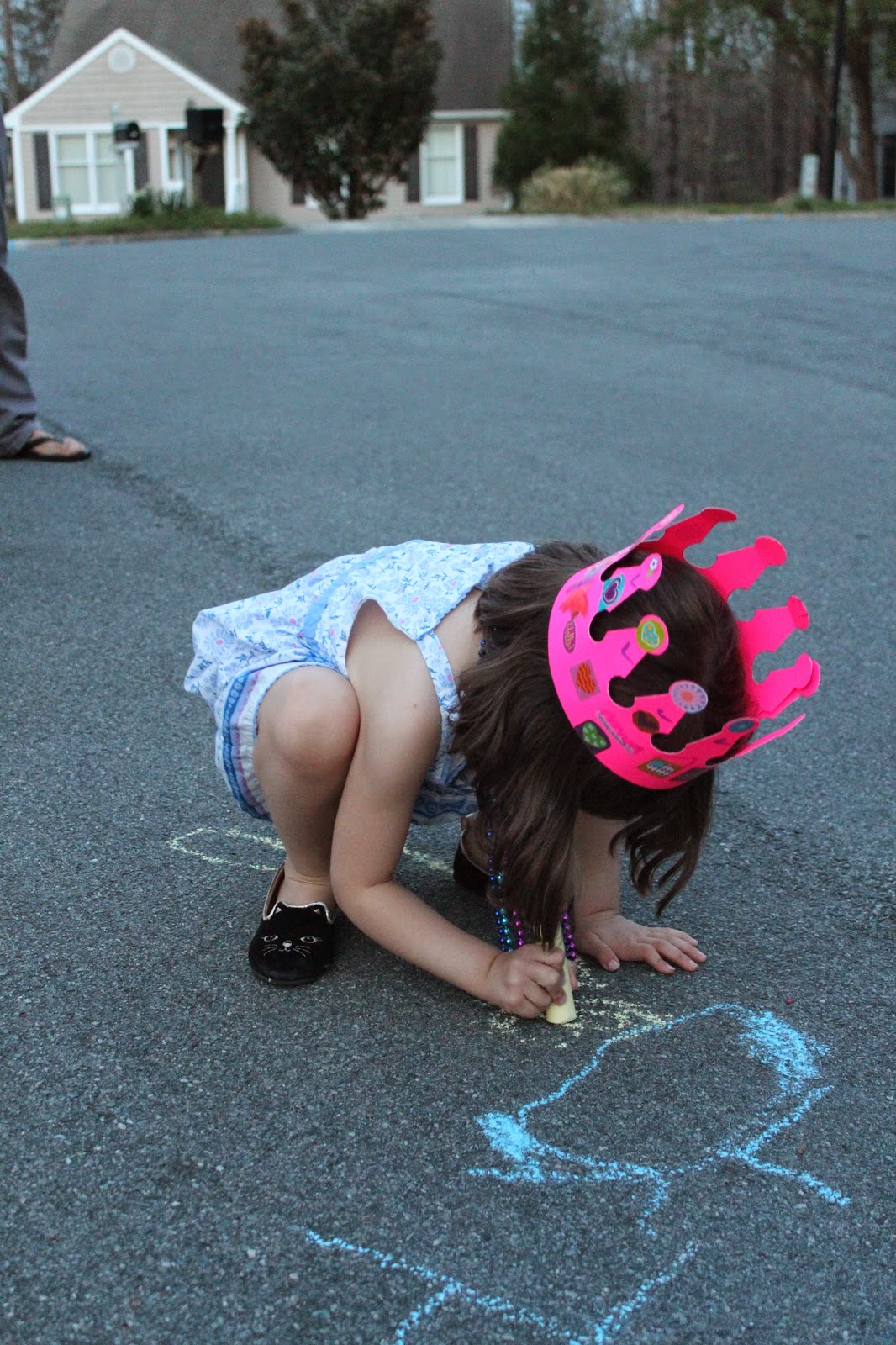