Here is our little son, Orion.  At about 16 months he is starting to really come into his own personality, and we are (mostly) enjoying watching him blossom as a little boy instead of a baby.  With his increasing ability to communicate his needs and wishes has come a strong sense of preference, and with it, much satisfaction and of course, much frustration (we are very good at letting our kids practice being frustrated). 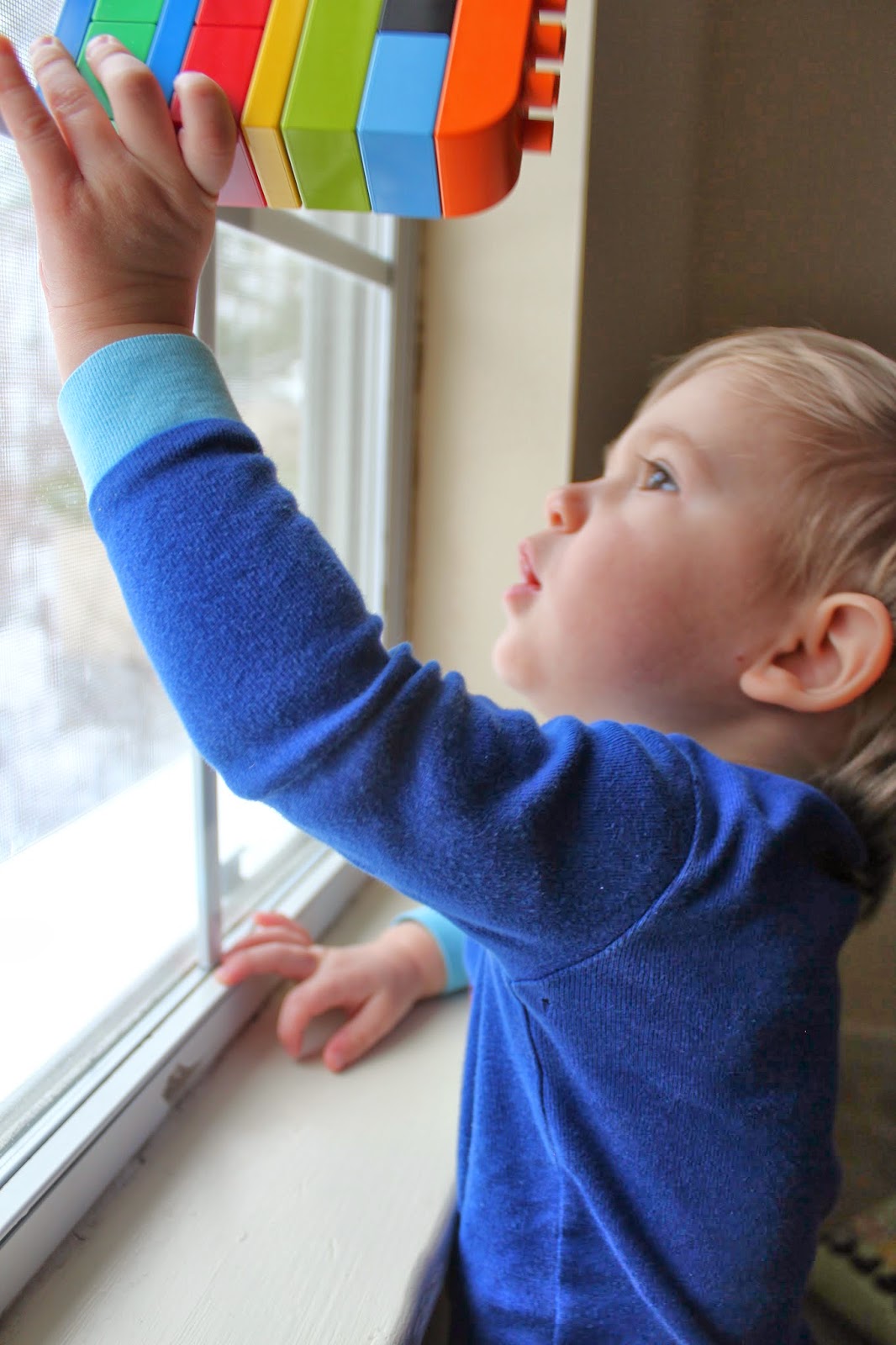 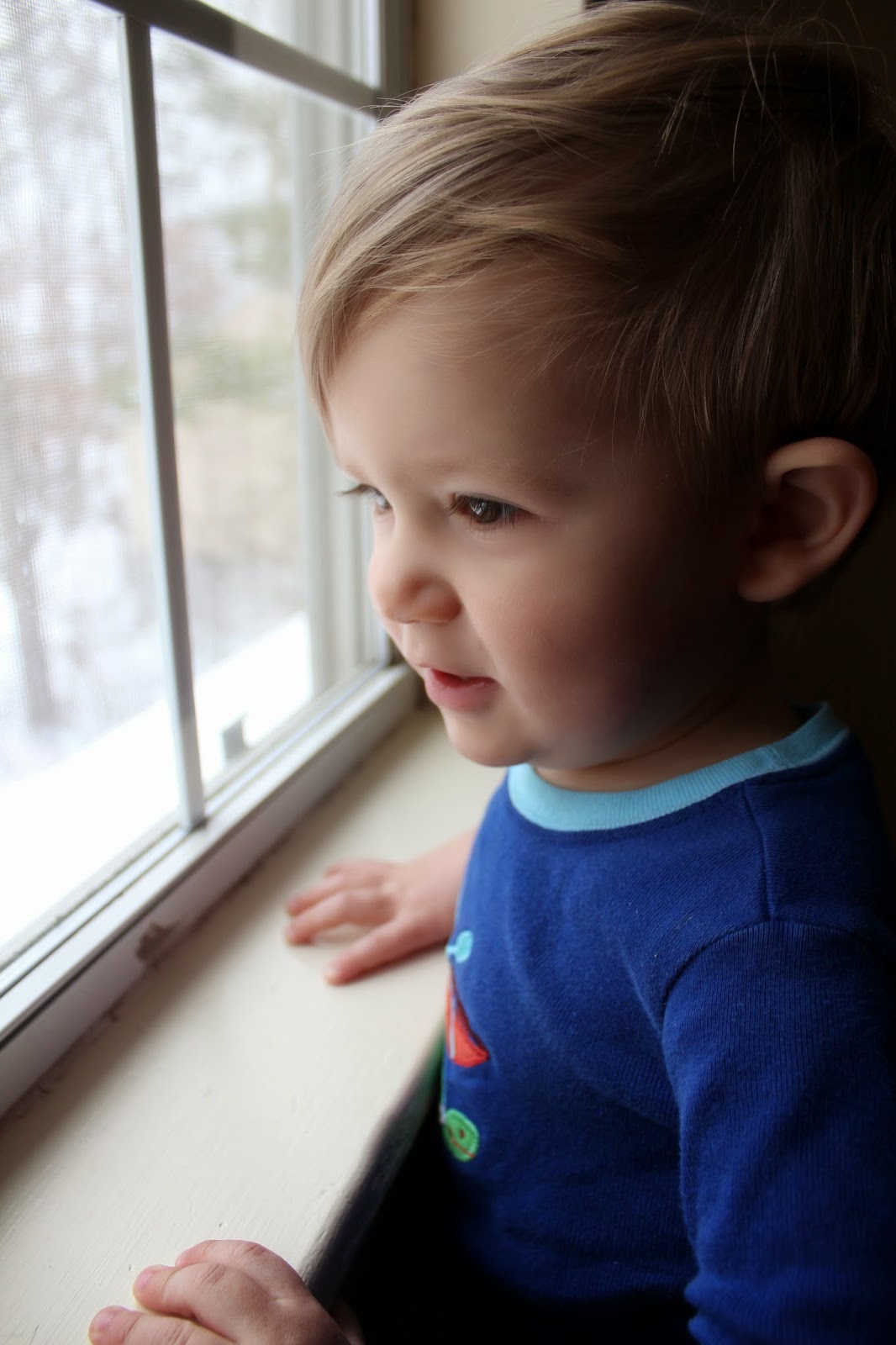 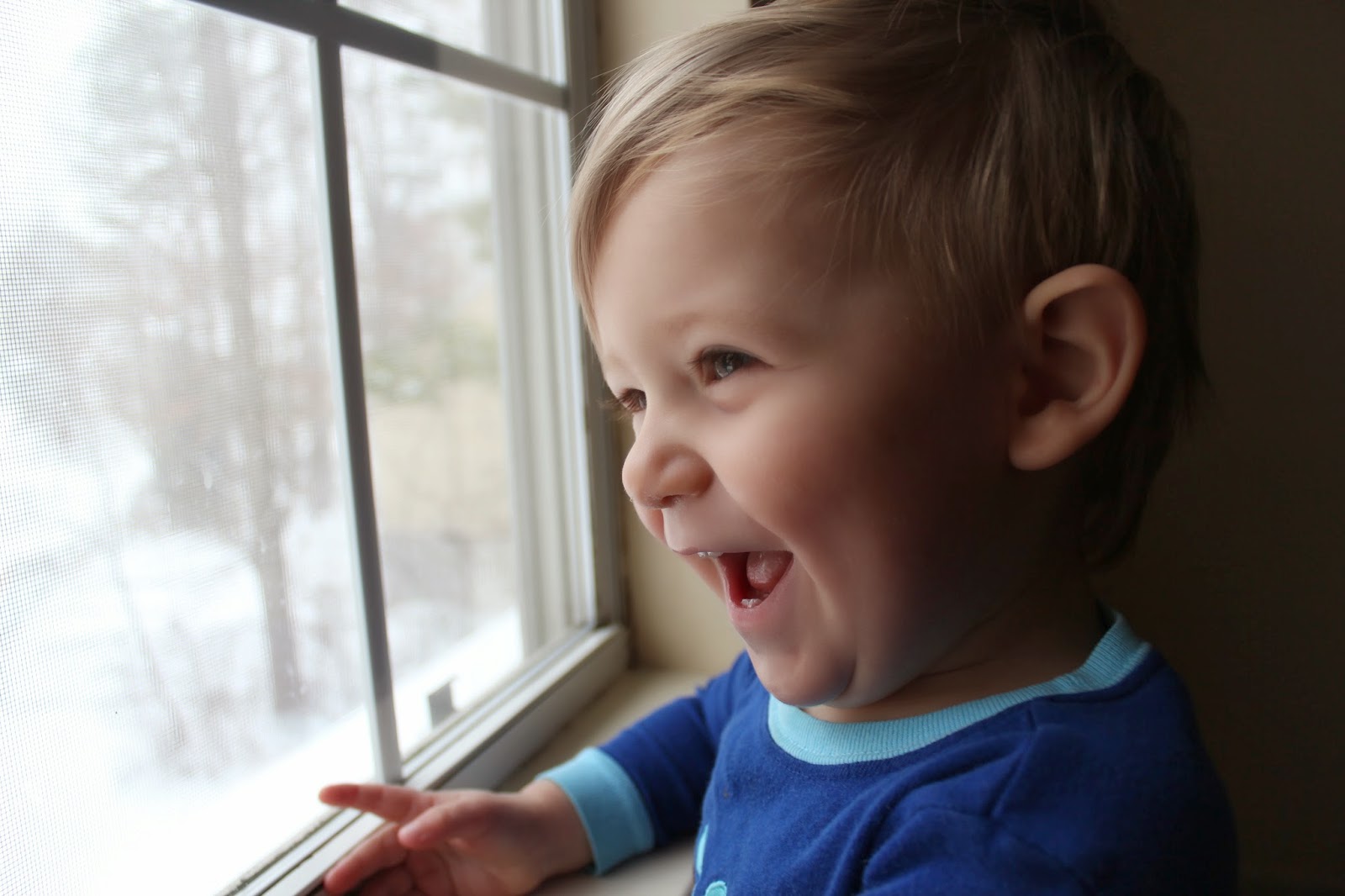 When she was younger, Gigi received attention from strangers for her massive amounts of hair, and Orion receives attention for being a "handsome boy".  We think he's pretty cute, but I have to watch what I say because he's basically my mini-me.  Me, but the little, attractive, boy version. 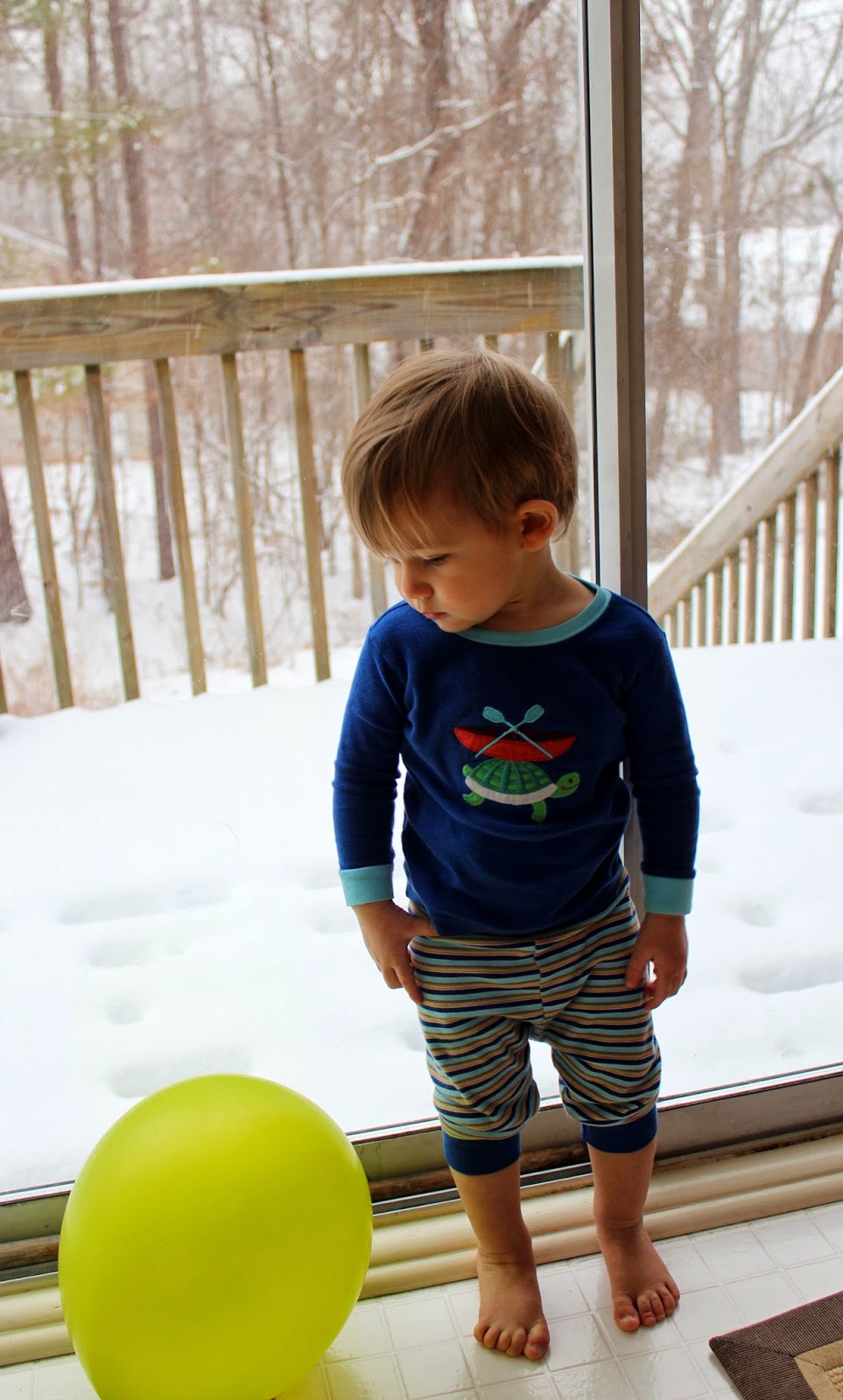 With all of the wide variety of toys that are around our house, Orion is most drawn to the trains, balls, wooden tool set, legos, wooden knife and fruits cutting set, and of course, any stray balloons.  He has a mean arm with a ball, and he is just starting to get the hang of putting trains on the tracks and pushing them around.  We let him select whatever he wants to play with, and he seems to be wired to "typical boy" things.  He is still skinny and active as ever.  I am not by nature a very laid back person, but I've noticed that I am far less jumpy about his clambering and crazy dancing, and stair climbing and movement than other people who don't know him very well.  I am sensitive to other people's discomfort when they watch him do things that are a little crazy for a 16 month old, but he seems to be aware of edges and dangers and he appears to know how to manage his body for the most part.  He doesn't put things in his mouth, and we know the areas where we can trust him and where we can't, so we manage accordingly.

Orion has just recently shown interest in talking again (there was a brief spurt before he turned a year that lasted for about a week and then fizzled out) and we are getting into some fun communication.  He signs a few words and says a few words, and he has his head shake and nod down for his "yes" and "no", which is very helpful.  My favorite by far is his attempt at "please", which is a spastic hand motion in front of his body and his little voice saying, "Eeeeeee".  He also signs "thank you" and is great at cleaning up, so look, we already aced parenting!  Ha.  He has also started trying to beatbox, and sing (specifically, the song "Let it Go" from the movie Frozen).  Both of those attempts are not very successful, but they are so endearing.  As if we needed any other reasons to be in love with Orion. 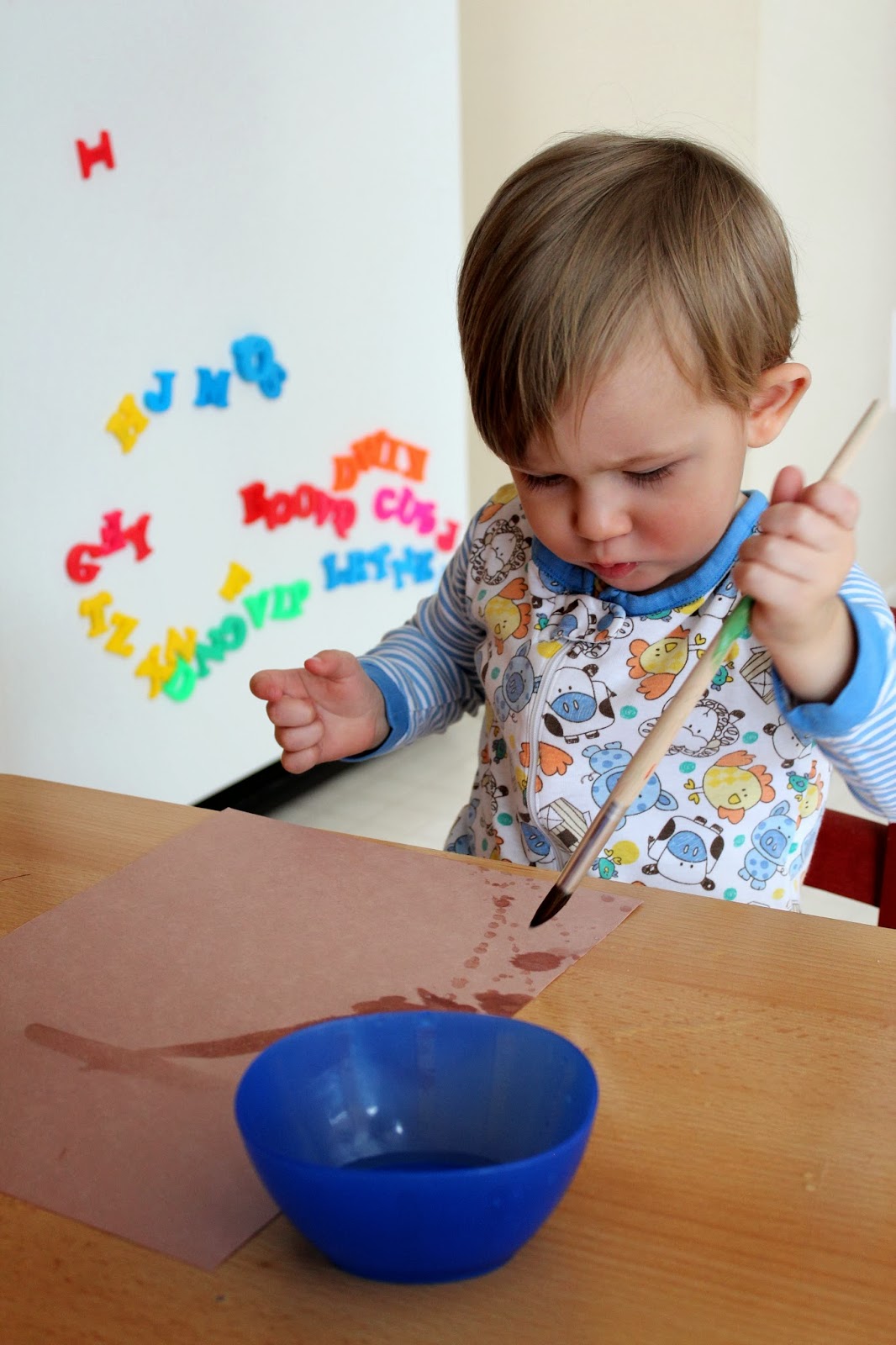 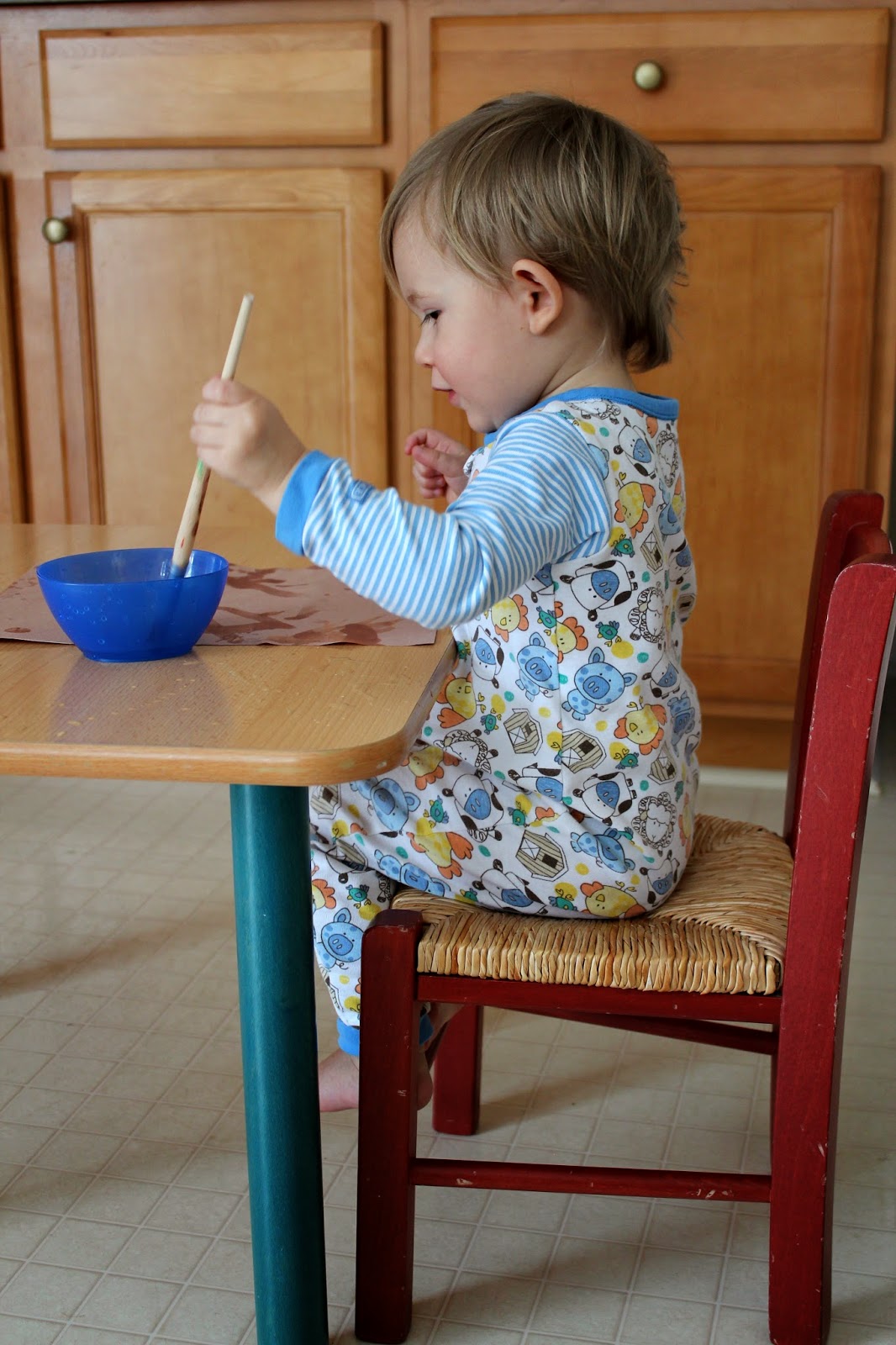 As far as personality goes, in public he is really friendly and likes to wave at strangers.  He is still pretty happy most of the time, but as I was recently perusing a take home pamphlet from the pediatrician, I read that 16-month olds "like lots of attention, are self-centered and may be unfriendly".  Whew!  It's not just him.  Orion can be a real stinker sometimes, and he has discovered the effectiveness of pulling Gigi's hair or trying to bop her on the head with lincoln logs, or train tracks.  We are working on that one.  It has been tricky trying to discipline him, because at this age NOTHING really works well to change the behavior of such a little guy.  So much physicality, so little rationality.

And that is a little glimpse at Orion.  I'm forgetting a lot of things, but those are the major highlights of who he is right now.  Love this boy!

How lovely your children are indeed!! Orion is certainly cute (like his mama ;)). The way you write about them has made me wish I could meet them in person even more! And I am currently reading "bringing up bene" which I can only guess your frustration reference is about. I just had my boys bake a cake today thanks to that book. Love you friend!