Orion has been in our family for six months now.  Six months!  It's hard to believe.

Six months means so many things.  Since he's been a piranha of an eater, I jumped the gun and started dabbling with solid food a few weeks ago.  He has been eager for the new experience, but feeding him has reminded us how tricky it is to move food from the front of your mouth to the back of your throat, and swallow.  So glad that we only need to learn it once.  For a few feedings it was a little in, and then it was all spit out again, but he was happy enough, so we kept on.  It just took a little practice.  These past few times he has been noticeably better, and the other day his diaper was full of carrot bits!  It went through!  Success! 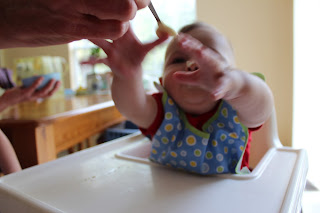 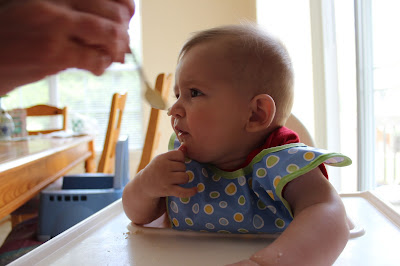 It takes a few deep breaths to tackle solid foods, at least for me.  It's not like I'm looking for more mess to clean up around the house, and this process is anything but neat.  I do love throwing some fresh veggies in the steamer though, and making baby food for this little guy.  Along with his rice cereal, he's tried zucchini, yellow squash and carrots. 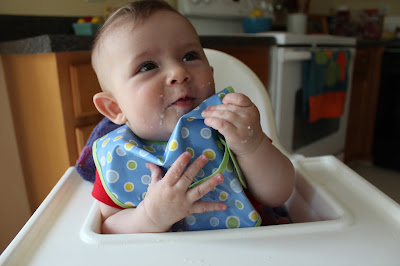 Being six months old also means more social time, especially as siblings.  I have to remind myself to stay out of their thing, because often Gigi will get in Orion's face and make loud noises, which bothers me but gives him a fit of giggles.  She fetches toys for him, and combs his hair, wipes drool off of his face, and pats his back when he's upset.  "It's okay, baby boy.  You're okay". 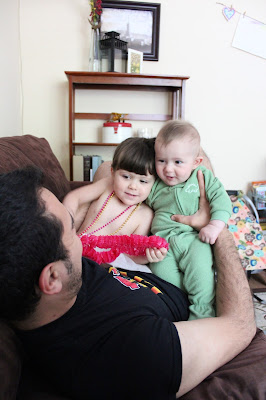 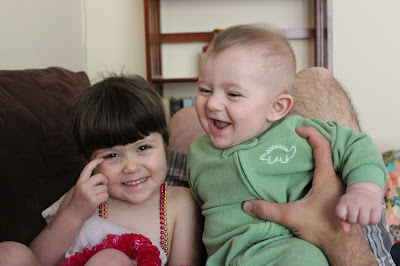 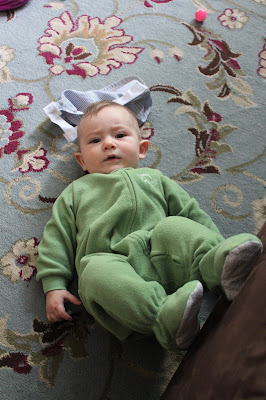 And being six months old means a lot of moving.  Orion has been rolling over for a while, but this past week he's been up on all fours, rocking back and forth, and attempting to stick out an arm to move forward.  He also sits up pretty well, although he's always been hard to fold in half, because he prefers to be perfectly straight like a board.  I'm just relieved that he's taking to crawling, because with how long he's been trying to stand up, I was afraid he might skip straight to walking.  And I'm of the camp that says it's good to crawl. 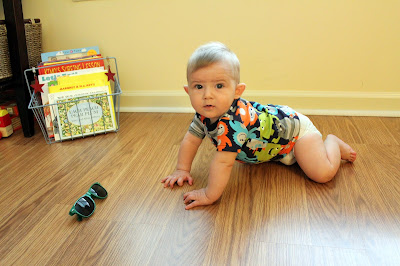 Metts! He's so darn cute! Looks like you're going to be a busy momma (more busy, if that's possible)!

p.s. I LOVE the pics of the two of them together!