One of the many great things about living in North Carolina is that we are a quick 4-hour drive from Washington DC.

A few weeks ago, our close friends Amanda and Josh stopped by on their long roadtrip from Provo, Utah on their way to an internship in the Nation's Capital.  Josh told us that one of the perks of working this semester in DC for Utah Senator Mike Lee (R) was that he was going to receive tickets to the Presidential Inauguration.  Marcos told him that if he could somehow get a hold of two more tickets, we'd do everything within our power to make it for Barack Obama's big day.  Along with this being a chance in a lifetime opportunity to see a US President take the oath of office, we also happen to really like Barack Obama. 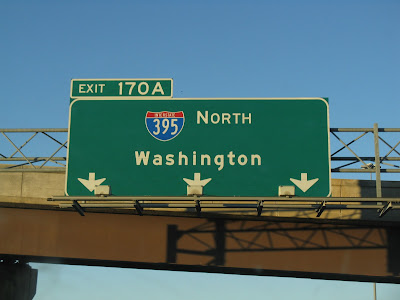 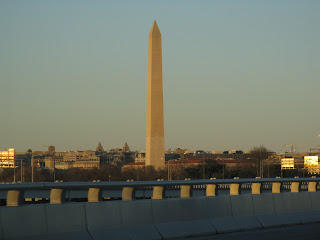 When we received the call last week that they were able to score two more tickets for us, Marcos was elated and I was, frankly, really nervous.  I so wanted to go, but I had a feeling that taking such a young baby was going to be a bit of a logistical nightmare.  And honestly, it was.  But there are just some things that are worth doing anyway. 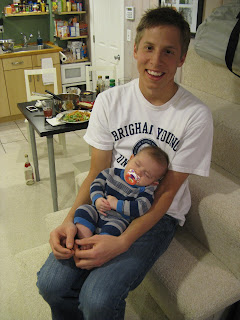 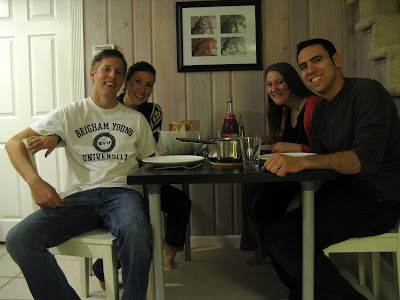 We drove up on Sunday afternoon, and managed to miraculously avoid all traffic.  We arrived in time to catch up with Josh and Amanda, take a tour of their cute studio apartment, make a big spaghetti dinner, and do the honors of opening the ticket packet with our name on it.  The invitation was extremely formal, embossed, with gold foil, tassels and signed photos of Barack Obama and Joe Biden.  It felt pretty awesome to think that we were invited to a place where the President would be, and we were asked to come wearing business casual.  It was almost like being on a first name basis, except that he didn't know that we exist. 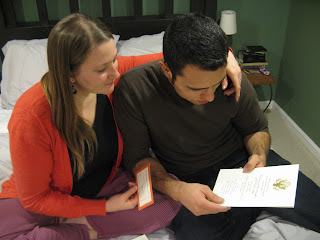 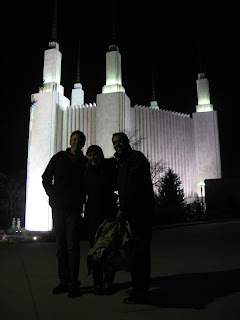 After dinner we drove to the beautiful Washington DC Temple to check out the Visitors Center and take a few photos outside in the bitter cold night.  Being outdoors in the cold was good preparation for the following day. 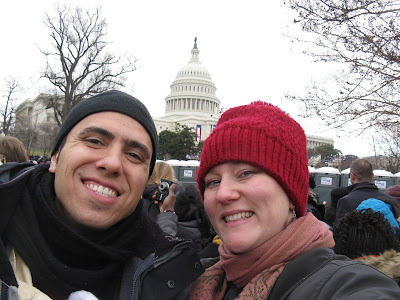 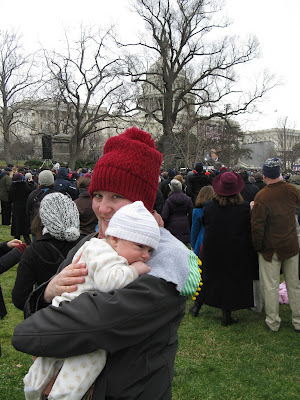 At 3:40am the next morning we woke up, bundled up and grabbed something to eat, and headed to Union Station.  Isn't Washington DC just a cool place?  Marcos and I have been watching this old show called The West Wing over the past few weeks, and it has totally rekindled our awe and love for the complex and totally insane thing called American politics.  It has given us a glimpse of how complicated it is to run a nation, and we have a lot of respect for anyone who takes on the job. 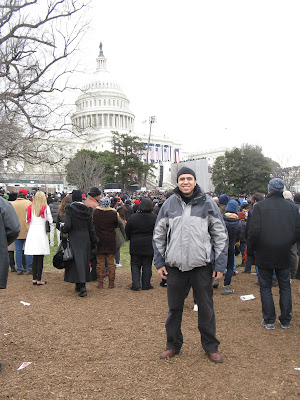 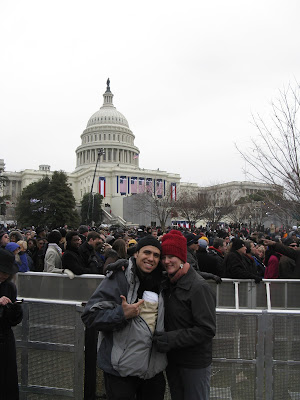 The Inauguration started at 11:30am, and suffice it to say, my morning was kind of complicated.  Amanda and Josh entered at the security checkpoint for their section as soon as we arrived downtown, and they found amazing seats.  Marcos also went in early to our section and captured beautiful shots of the sunrise behind the Capital building, but gave up his prime spot to come back out and help me.  I had Orion and we spent the morning moving between Starbucks, a hotel lobby and a grill to keep warm, rest and feed the baby.  By the time we left around 10am to get back into line, there were thousands of people with us and we finally got through security at about 11:35am.  We missed a few minutes at the beginning of the Inauguration, but were in our section to hear Barack Obama sworn into office as well as the poetry and Beyonce's beautiful rendition of The Star Spangled Banner.  It was incredible to be present for such a memorable event. 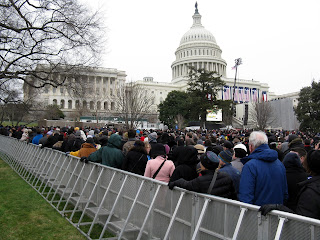 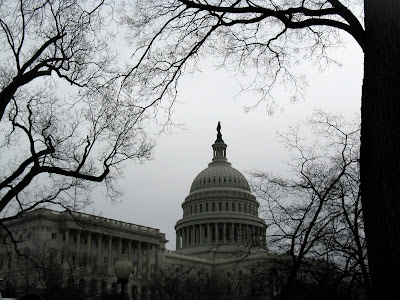 When it was all over, people streamed out of the gates by the thousands, and we were stuck in a herd of people all trying to fit through one small opening.  When Orion made his little peeps, people looked at Marcos in surprise, who had the baby under his coat in a baby carrier.  We heard a lot of kind comments, and I'm sure a lot of people thought that we were crazy.  One man with a Russian fur hat struck up a conversation with Marcos about the baby, and we only realized after he made his way through the crowd that he was David Arquette.  Who?  Don't worry, I didn't know him either.  But apparently the gaggle of girls behind us were Dancing with the Stars fans and asked him, "Are you David?".  I'm sure there were hundreds of celebrities sprinkled amongst the crowd of us commoners. 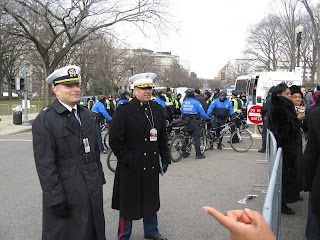 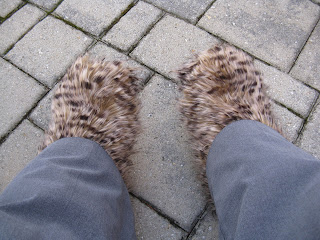 After the Inauguration we met up with Josh and Amanda and had a late lunch in Union Station.  I had made a seriously stupid decision to wear boots that were extremely uncomfortable so that my outfit was business casual from top to bottom (the things you do for the President!).  Five minutes into our day my feet were already in agony, so as soon as the event was over I threw my boots in a trashcan and found the only affordable footwear in the Union Station shops - these hideous faux animal fur house slipper boots on sale at Claire's Accessories, which I affectionately call "Sasquatch".  Sure it threw off the outfit a little bit, but I can't even describe to you the feeling of having my battered feet sink into the inch of soft foam at the bottom of that hairy shoe.

And it ended all too soon.  After appetizers at Josh and Amanda's, who were such lovely hosts, we packed up the car and drove back to North Carolina.  This trip was extremely short, and we can't wait to drive up to DC again when we have more time to visit the Smithsonians, the Memorials, the White House as well as enjoy some of the good digs in the city!
Posted by Metta at 11:06 PM