I feel like it's time to come back to the blogging world and process. And thank you. And explain. And take a deep breath and return to the happiness of our lives.

I'm not really sure where to start, but I guess that in light of my cryptic posts, I should start back at the beginning of The Worst Day, which was Thursday. On Thursday morning we got a call from Brazil that Marcos' dad had passed out and fallen and that we should pray for him. After we knelt down and offered a prayer Marcos distractedly said, "My Grandpa died when he was sixty six, and it was this exact same story". "Don't say things like that!" I countered, because in my family people pass out and it's just that we are tall and we have become light-headed. I was sure it couldn't be more than that. "What else do you think I'm thinking about?" he asked. 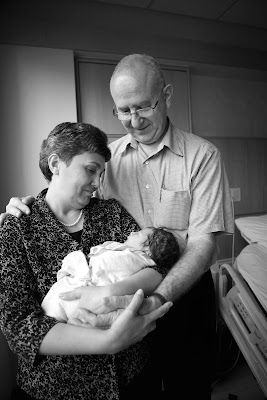 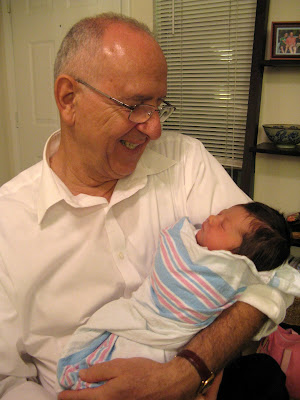 I packed up and headed out the door to work, and Marcos received the next call without me. The update was that Papai was probably dead but they were still working on resuscitating him. Marcos called me and told me the news, shocked and confused. As I turned the car around and drove back home, I frantically and desperately pleaded with God to preserve Papai's life, and negotiated with God that if Papai survived I would change and be a great wife to Marcos, and stop being a jerk about so many things, and stop harping and nagging and expecting Marcos to be perfect.

But I didn't have that bargaining power with God. The next call was the confirmation that he had died. Papai had collapsed from a massive heart attack, our cousins had tried to resuscitate him but he barely had a pulse, and with a final huge smile he sighed his last breath and was gone. He was just barely sixty years old. Now I realize that God didn't accept all of the things I was willing to throw on the altar in order to preserve Papai's life because there are plans in the works and I can only see such a small piece of the Bigger Picture, but it would be a shame to take my sacrifices off the altar because I didn't get my way. So, now I'm trying to change not to spare Papai's life, but in honor of him and to continue his legacy of kindness and love. This will be tested, and is tested every day, but I'm hoping that in the end this will be another brick in the foundation of my love relationship with Marcos. 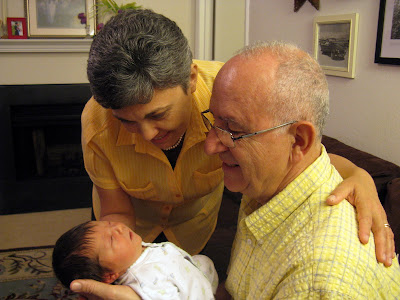 I know that these experiences bring out the most raw sides of everyone, and that family relationships can be strained or strengthened by the death of a loved one, and I have seen so much goodness in Marcos' mother, siblings and extended family as we have spent so much time together these last few days. I don't think I've ever been so thankful for skype and the internet for reaching our little families together across the miles during this difficult time. The first day our worlds were turned upside down, and we felt, as Mamãe put it, that we were in a horrible nightmare that nobody had the kindness to wake us out of, and we were so sad, hurt and confused. But every day our feet have become more and more grounded and we have been so buoyed up by the prayers and support from friends and family, and the beliefs we have - that this life is only a small piece of our eternal existence and that families have the potential to be together forever.

When Papai was alive we wanted him to love us and be impressed with us because he was such a great man and so good at loving people, and I find that we still feel that way because his spirit will be a part of our lives forever. I believe that he still cares about the decisions we make, and that he will be able to watch Gigi grow and that he will protect her. I have had selfish feelings during these last few days (like, "There are so many people causing harm in this world, so why couldn't someone bad have died instead of someone so good?"), and feelings that Papai's death was unfair, and I suspect that most of those feelings are centered on Gigi not being able to grow up with her Vovô. That is probably the part that hurts the most. 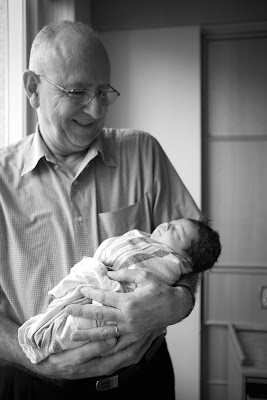 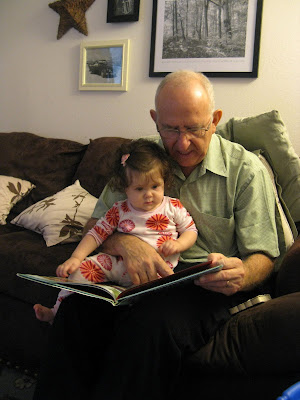 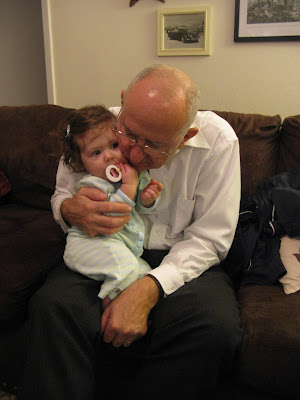 It's strange to me that the three days prior to Thursday I had stayed up late reading Jonathan Safran Foer's "Extremely Loud and Incredibly Close" and had wept for the story of a boy who loses his father in 9-11. On Wednesday night I shut the book having finished the story and having lived through the intense grieving process of a boy for his father, and on Thursday morning I awoke and the story was my own. Marcos is doing well, and I think that in some ways both he and I are adapting our lives to try and step more closely into Papai's footsteps, but we will spend a lifetime missing him, and a lifetime of him not being present at events where he should be. My heart breaks especially for our sister Belle who will be married in the spring, and of course for Mamãe who is experiencing more loss than I can even imagine. It is an enormous blessing that the Prieto family is a family of hugs, kisses, "I love you"s, more kisses and constant and abiding support and concern for one another. Nobody is staying awake with regret, or unfinished business, or lack of closure. We are sorrowing, but it is a hopeful sorrowing.

And so, our feet are slowly settling back on the ground and having a little girl has forced to continue functioning. I remember on Thursday I had just come home to be together with Marcos, and in the middle of all of the confusion and deep aching sorrow, Gigi ran to me with a poopy diaper and I had to yell to Marcos to throw down the wipees from upstairs. Children force you to keep moving forward. Although this Christmas season we will be missing one of the Giants in our life, we have had to come to terms with the conflicting feelings of - as our sister-in-law Marie so aptly put it - the complication of on one hand feeling like doing happy things would be a dishonor to his memory, and on the other hand, feeling like remaining in a miserable place would be the last thing that Papai would have wanted. So, we have decided to keep moving, and hold the vision of Christmas we had in our hearts, and aim for a happy season, and a meaningful season with our family. When we serve others we are the most happy, and so we move forward with that intention this holiday season.

So please stop by, or connect, and be a part of our lives. We have been so grateful for the notes and the treats and the meals and especially the company of those who live close to us. I understand that you may not know what to say when you see us, and that is okay because we don't know what to say either.

I just wish most of all that you could have known him well. He was so, so, so good.
Posted by Metta at 8:50 PM

Metta and Marcos,
I'm so sorry for your loss.

This tribute was absolutely beautiful. Its easy to see the goodness of his life in the fruits of his posterity. What a legacy of faith and strength he has created for you to carry on.

The pictures of him with Gigi are beyond adorable. How priceless!

Thank you for sharing your hearts and inspiring thoughts with us.

Yes, babies keep us moving forward and living. I remember when my brother in law passed away last year, the next day I got up and took care of Kadin, but when it was time for his nap, I finally got to break down and cry about it, crying on Mariko's shoulder and getting all my feelings out about it. Then it was time to get Kadin again and make meals, clean stuff, etc. I love how close your family is and how much support you give each other. So glad you have such a wonderful Papai to look up to and honor.

Death is extremely hard for me. I get angry and sad and then angry again. I didn't know Marco's Papai but it makes me so sad that he's gone. My father is a horrible grandpa and Christian's dad barely had enough time to be a dad. Unfortunately my kids never had the opportunity to create a grandpa memory. On the other hand my mom and Pammy are the the two kindest women I know and amazing grandmas. I'm so sorry for your loss. These things make no sense to me at all.

What a beautiful, beautiful post, Metta. You have an amazing, inspiring family. It sounds like you are on a good path to lightening those heavy boots.

That was beautiful. I never met Papai, but I wish I had. I'm so sorry for you loss and will keep you and Marcos' family in my thoughts and prayers.
Jami

This story makes me think of Mike's story. I was never there to experience it, but I could feel your sorrow. Mike's dad died of a heart attack when he was 49, still so young. I think Mike's sister tried to resuscitate him to no avail. I often wonder if the same thing happens to Mike. I guess we all have to learn to accept Heavenly Father's plans in faith. Sorry my comment is so lengthy but I just wanted to tell you that we are there for you!!

Metta, your tribute to Mr. Prieto (the elder), and careful self-examination of your own responses leave me incredibly impressed. He was a very good and holy man.
Marcos, again, we offer our condolescences, our concern and our deepest respect for the wonderful legacy your father left in the man you are. Tay and Em

I am so sorry! I don't know how I missed this news. I could not get through your posts without crying. Such beautiful tributes to such a wonderful man. I still remember meeting him on your wedding day. You would've thought he was getting married his smile was so big. He was so warm and welcoming that I have not forgotten that brief meeting all these years later.

We love you guys. You are an inspiration to us.