I have this sickness coming on. I call it "weepy materialism" and it hits every so often when my soul resonates with a particularly beautiful space. Maybe it's because I'm nearly thirty, or maybe it's because we now have a child, but something inside me is changing. 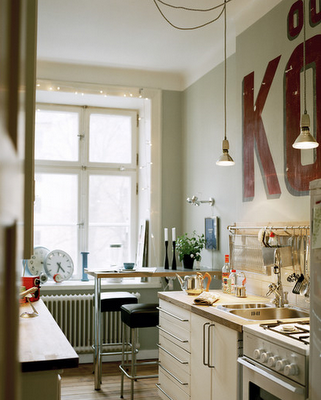 During Barack's first year of office, the federal government was offering $8,000 as an incentive for first-time homebuyers. Marcos' running joke all year was, "I wonder if they will allow us to use that $8,000 towards a goodyear blimp, because that's the most rooted Metta will ever be". That used to be true, but seriously folks, that was over a year ago, and I think that weepy materialism might be settling into my bones. I have had my eyes FILL WITH TEARS in the recent past when I have looked at a home and envisioned myself having, for example, a large kitchen with lots of sunlight, or a mudroom where I could put a wooden bench and some of my thrift store treasures. And honestly, there is nothing inside of me that requires actually owning the space, but being able to use it on a daily basis would just tickle me. Just tickle. 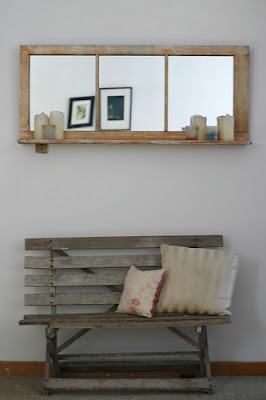 Of course, as life has it, my new sickness has to hit right as we're contemplating some major changes within the year, in preparation for Marcos going back to school. As we have been going back and forth on the idea of him going to school to finish up a Bachelor's degree, I continue to pledge my support and promise that I will make sacrifices if he will go to school full time, and now I have a chance to put my money where my mouth is.

A kitchen with windows? Maybe someday.
Posted by Metta at 10:00 PM

Marcos should come to UC Santa Cruz and you guys can be our neighbors at Family Student Housing. The kitchen is terrible but the community is so great.

this is why i had to stop reading design blogs. the weepy materialism (love the term) was taking a toll.

I agree with Abbie, I had to stop reading the blogs - they were creating too much WANT in my heart. I do love that first picture you posted!