The main reason we went to Brazil was to attend the wedding of Samuel (Marcos' brother, the youngest of the four siblings) and Mariana Ribeiro. In Brazil Temple weddings are not recognized legally because they are not public, so most Brazilian members of the church who wish to be married in the Temple have a public wedding the evening before their sealing. Sammy and Mariana rented a local event hall, which was separated by dividers into two sections: the wedding ceremony portion with the wedding aisle and rows of chairs, and the tables for eating and dance floor on the other side of the partition. The wedding started at 8pm, and the consumption of amazing cakes and dancing with a live band went into the wee hours of the night!

Here are just a few of my favorite pictures from the wedding night, and outside the Campinas Temple the following morning. 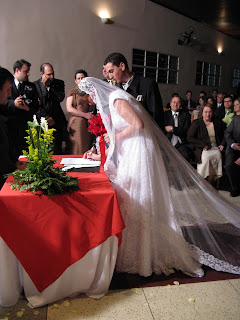 Mariana signing the wedding certificate. Her veil must have been ten feet long, and was bordered by beautiful lace. The bishop of their ward conducted the ceremony, and it was short and sweet. 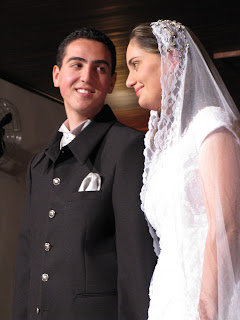 Yep, I think he likes her. 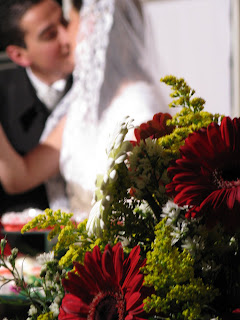 My favorite picture of Sammy and Mariana taken the night of their wedding. The best part of it: they didn't even know it was being taken! 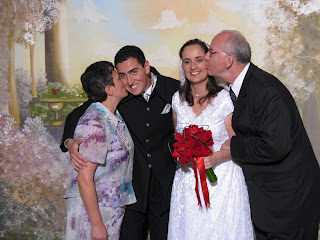 Sammy and Mariana with Pai and Mae, in front of the backdrop provided by the professional photographers. 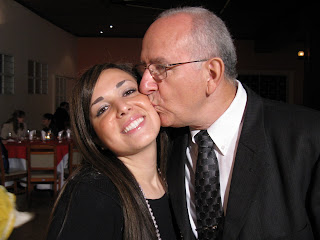 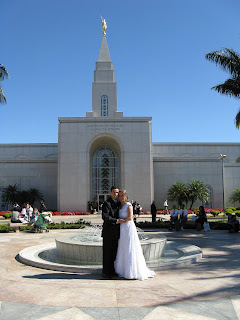 Sammy and Mariana outside the Temple in Campinas, Brazil, on the morning of July 12th. 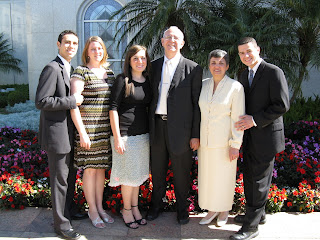 The Prieto clan (minus the newlyweds and Marie and Kaitlyn) in front of the Temple. Marcos and I came from North Carolina for the wedding, and Danny and Belle came from Utah. We didn't know Belle was going to be at the wedding until she showed up at the airport with Danny! What a great surprise! 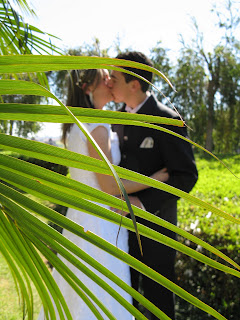 Mae and Pai: Truly the best couple at the wedding. 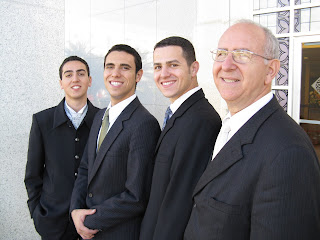 The Prieto Boys: Samuel, Marcos-the-most-handsome (Mariana, Marie and Mae may disagree, but I am the one writing the blog), Daniel and Pai.