This fall we signed Gigi up to play with Rainbow Soccer, one of our local leagues.  It was perfect - the four and five year olds only meet once a week, from 5 to 6pm on a Friday, and each week we brought a picnic dinner and enjoyed eating outside together on the field.  It has been such a nice connection time for our family. 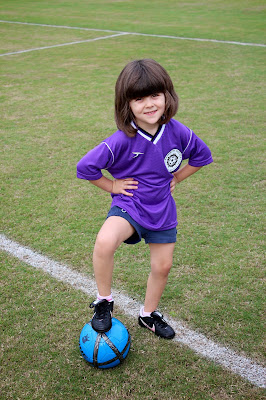 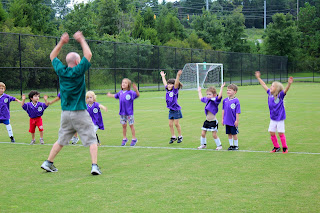 Gigi has not demonstrated the same physical prowess and interest in balls as Orion has, but we were confident that she would warm up to the idea.  At soccer practice numero uno, things were not very promising - every ten minutes Gigi was over asking about eating a snack, and during the practice scrimmage at the end of the hour, she preferred to sit near the goal and chat with her new friends than to actually play.  But over the fall season she learned so much, thanks to the world's best volunteer dad coach - Eamonn Fitzgerald, who is originally from Ireland.  We really lucked out with him, because he was so energetic and well-prepared for the kids each week. 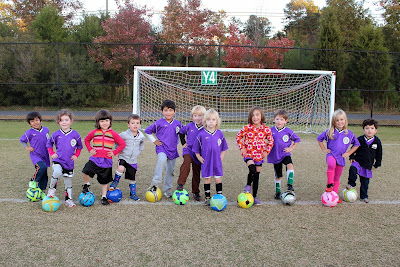 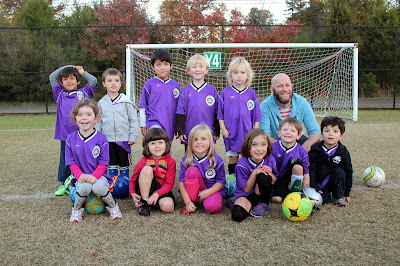 And what comes next?  Well, I gave Gigi the choice of playing again next Spring, or taking a break and starting again next Fall, and she opted for Spring, which surprised me, since she's been kind of ambivalent about the whole thing.  And it sounds like Coach Eamonn will be signing up again to Coach the kids, so we may very well be doing this routine again much sooner than I thought.  Gooooo Rocket Dragons! 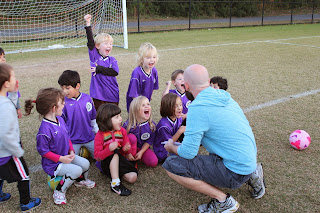