And so we've entered into a new chapter of life!  Giovanna started her first year of Kindergarten at the Emerson Waldorf School last week, and so far, I think things are going as well as could be hoped for.  Last night when I tucked her into bed she said, "I wish I could just be at school already!" 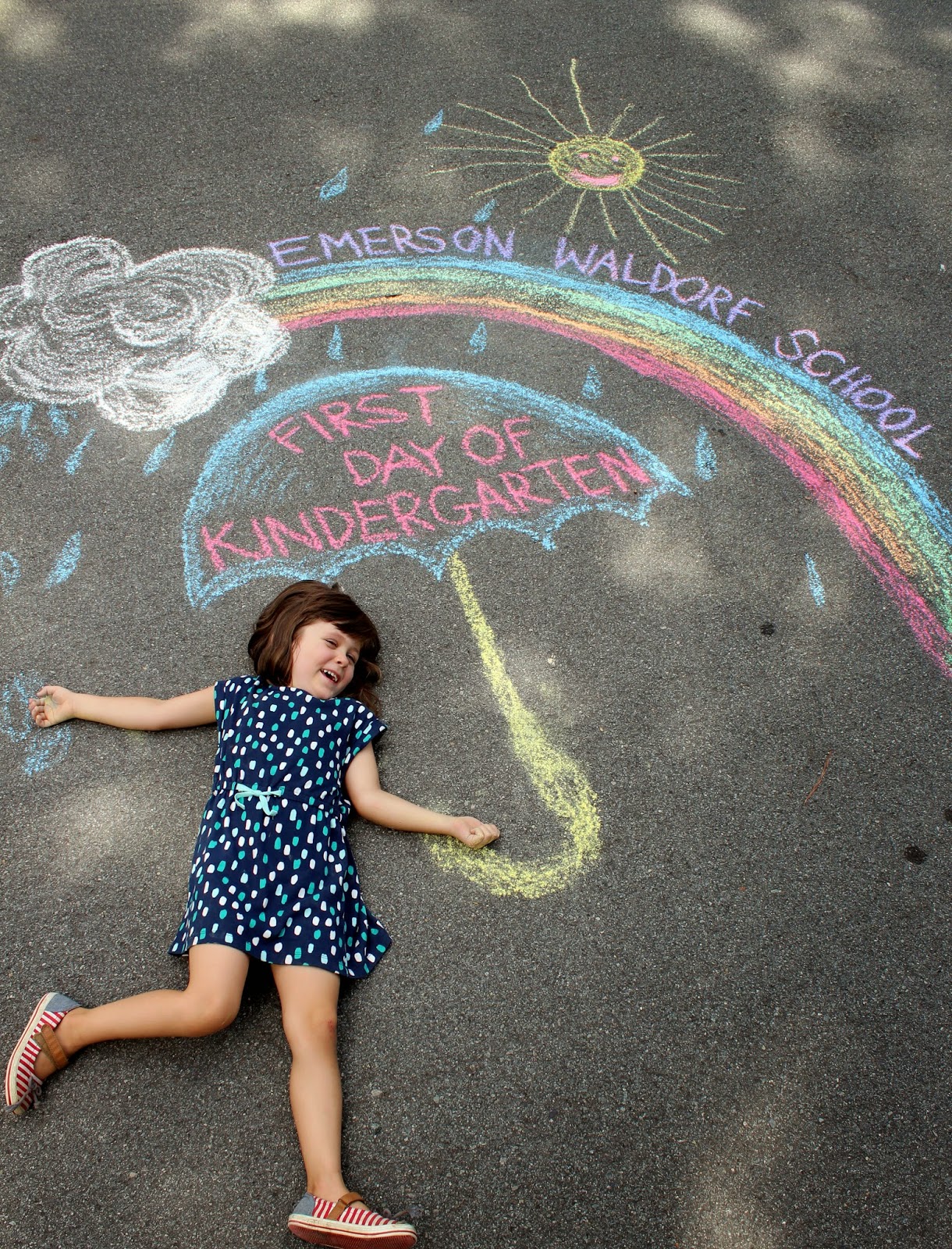 Kindergarten at Emerson Waldorf is a half day affair, so she eats lunch with her pals and then I pick her up.  The first few days she was definitely exhausted when I came to get her - I was hoping she would play on the playground so that I could get connection time with the other parents, but she was very ready to go home.  In her classroom there are 4, 5 and 6 year olds mixed together, and 8 out of the 12 are on the older end of the spectrum and will be aging up into 1st grade next year.  I think it stretched her to keep all of her little emotions together for an entire four hours!  Luckily, by day three she was relaxed and ready to play after school with her friends.

Gigi's transition to school was aided by a good roll-out of fun events.  Prior to the first day of school, we had some good playdates with a few friends in her class, I organized a playdate for new families at the school playground, and the school organized a number of potlucks and a puppet show for the Kindergarten families.  On day 1, Gigi saw many familiar faces and jumped right in!  I left her and her little friend Olympia peeling carrots in preparation for their snack that day. 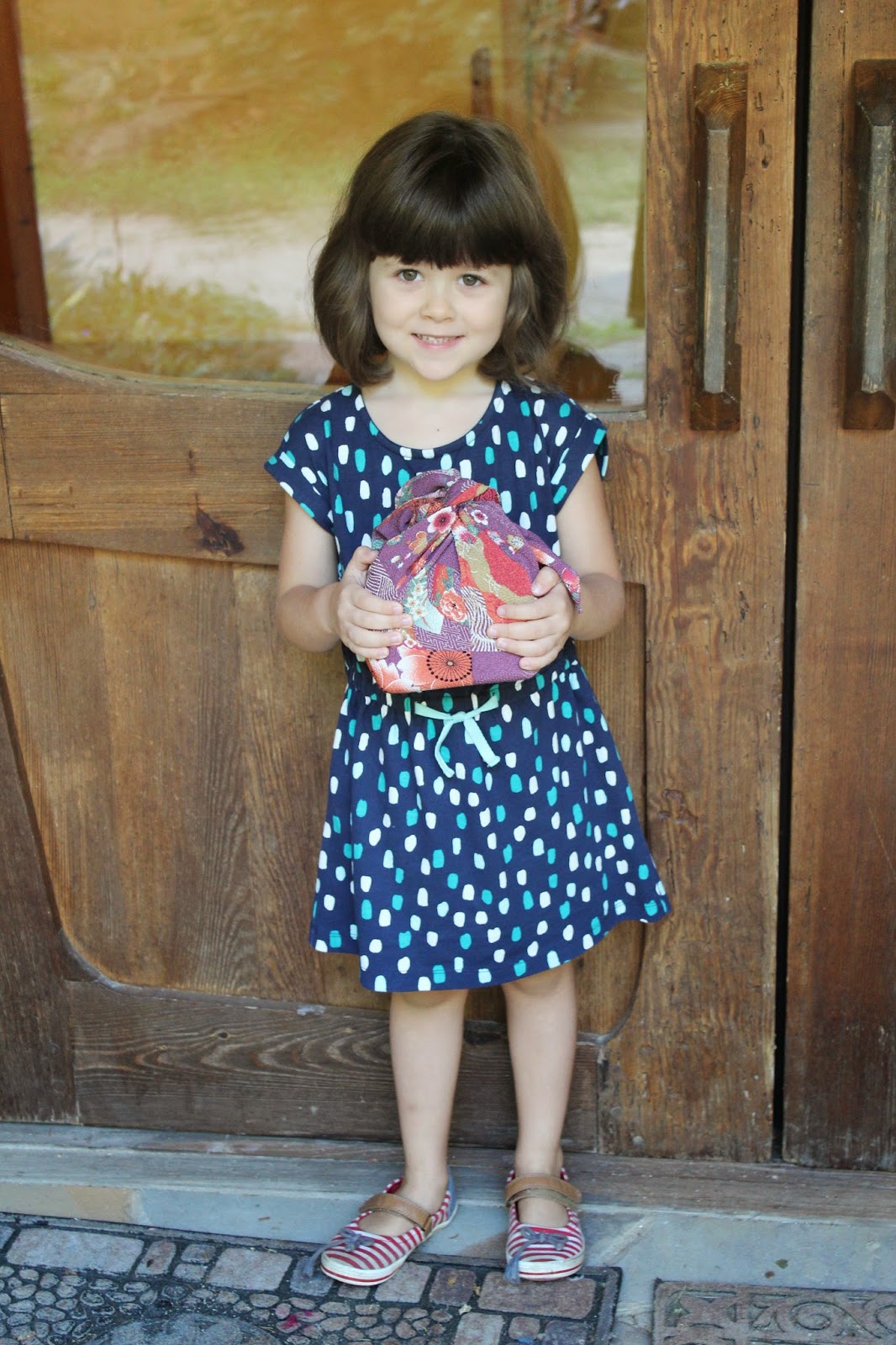 Here she is on Day 1, in front of her Kindergarten doors with her lunch, and in front of her cubby.  The kids play outside for a good chunk of time every day, rain, or pouring rain, or shine, so rain boots and jackets are kept in this little space with her name on it. 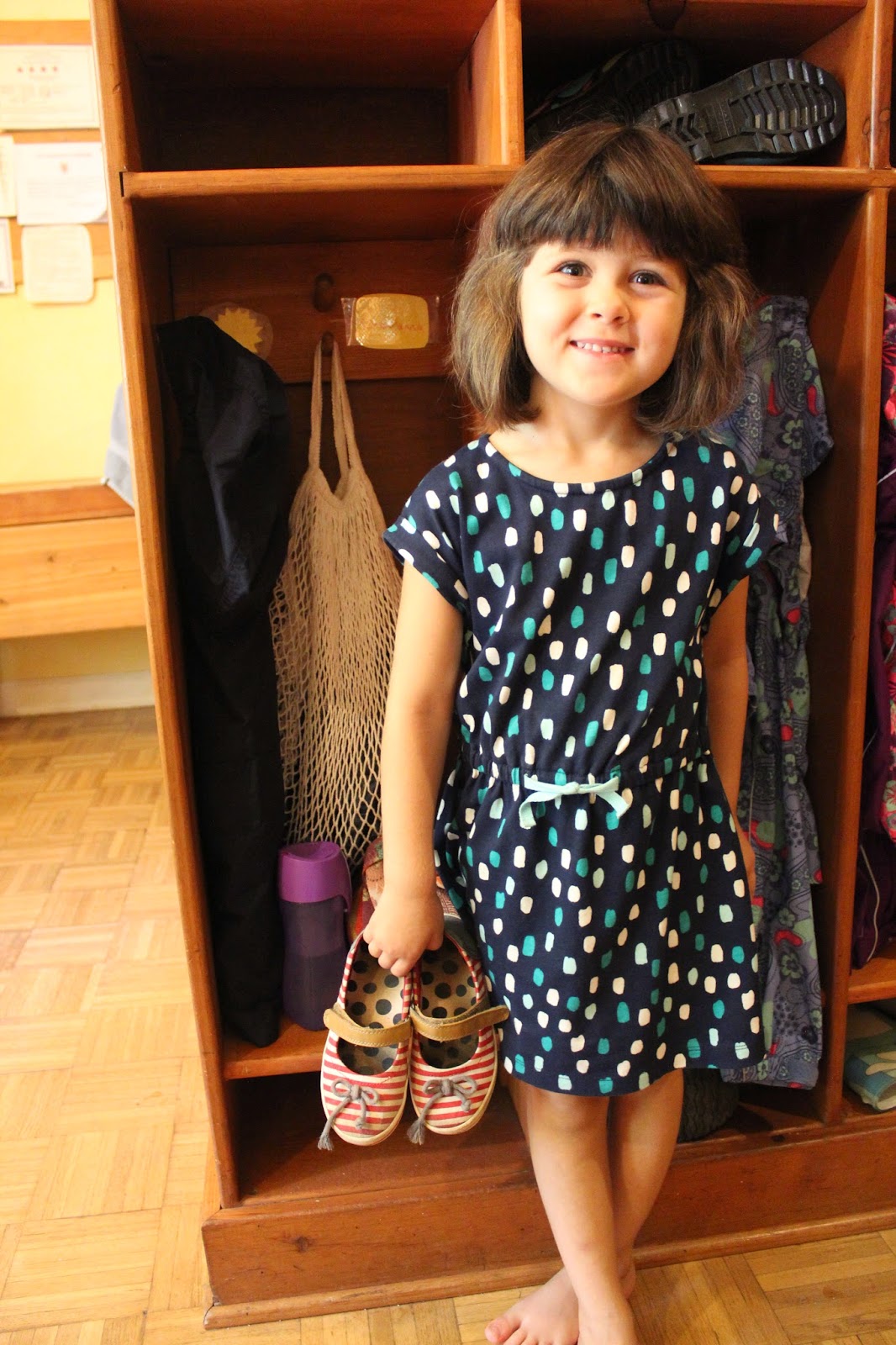 Our sending Gigi to Emerson Waldorf School has generated a lot of interest from friends and strangers who ask where Gigi is going to school.  It must be confusing that we are paying a private school tuition for a non-academic Kindergarten setting that is not about prepping her for college at age 4, but that is exactly what we are doing!  And I think that most people who visit a Waldorf Kindergarten see why - it is everything homey and lovely about childhood - play, work, recitation, helping and a wholesome environment.  (HERE is a good comparison of Waldorf and Montessori Kindergarten settings, since everybody asks how they are similar or different).

And finally, a glimpse of school through Gigi's eyes.

Me: What have you enjoyed about the Emerson Waldorf School?
Gigi: Playing and eating lunch.

Me: What have you learned at school from your teacher?
Gigi: Some verses and poems.

Me: Who do you like to play with at school?
Gigi: Olympia and Serena, and Danielle.

Me: What has been your favorite snack so far?
Gigi: Porridge and the bread (they make it themselves).

Me: What do you wish was different at school?
Gigi: I wish we could cook in the kitchen instead of at the table in our room.

Me: What kind of person is your teacher Miss Robin?
Gigi: A nice person and a sharing person. 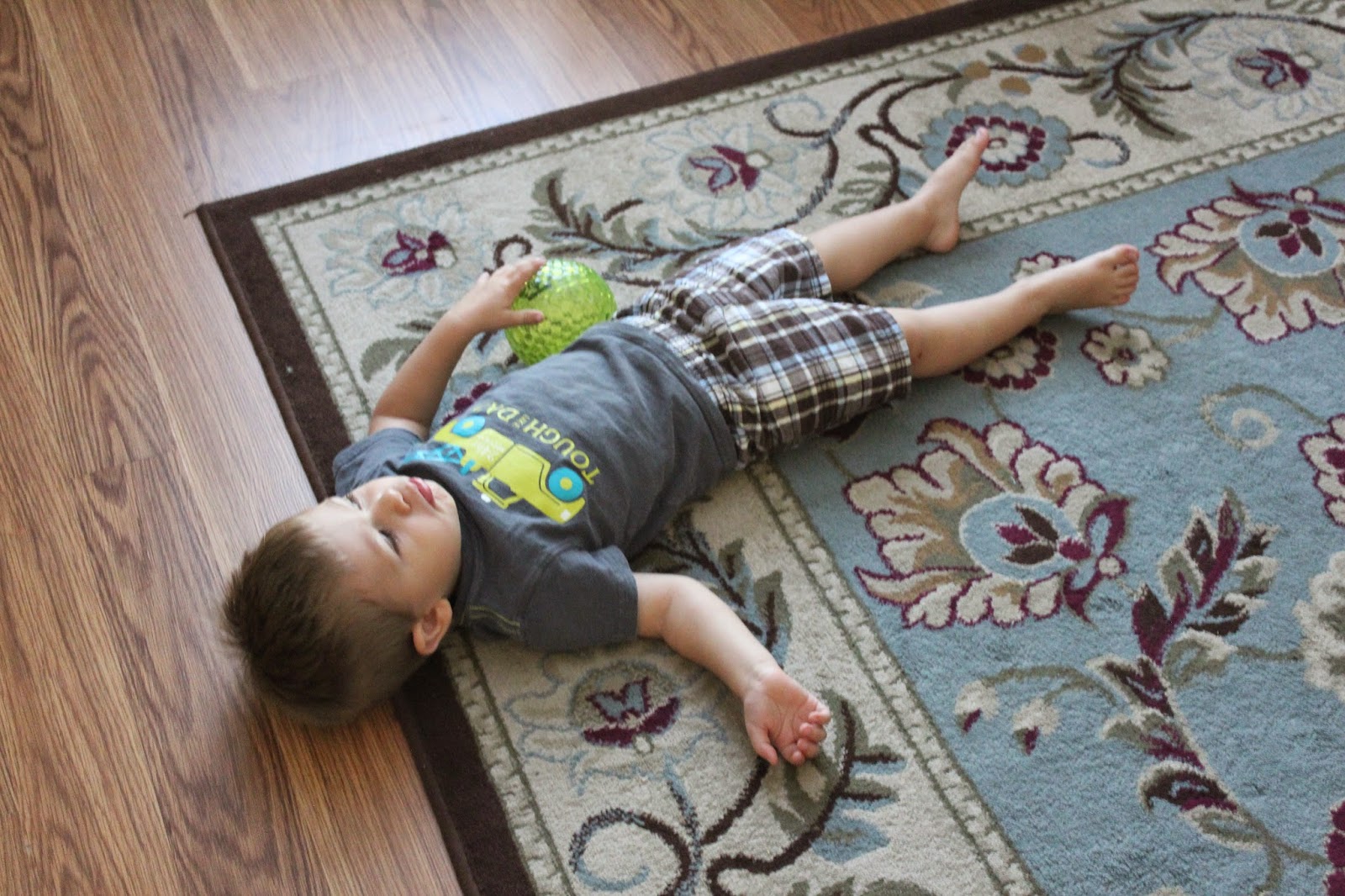 But someone is a little sad about Gigi starting school.  Every day Orion gets a little pouty face and says, "I want Gigi!".  We're still adjusting to our routine without her...
Posted by Metta at 11:14 PM

I love seeing the pictures! And hearing about Gigi's adventures at Emerson Waldorf.