Over one of the last weekends in October, we took a day off and caravaned with some friends to the Outer Banks for a beach trip. It is a yearly tradition to go with the Hills, and this year the Thaynes and my mom joined us for the fun.

We arrived late on a Thursday night, and each family claimed a room and hit the sack. In the morning, I woke up early with the first bit of light in the window, and quietly got up to run to the store for bacon. We were in charge of breakfast that first morning and my vision for the meal definitely included bacon. As I got into the car, my feet itched for sand, and I went to the windy beach alone and accidentally caught the sunrise. It was a superb way to start the day. 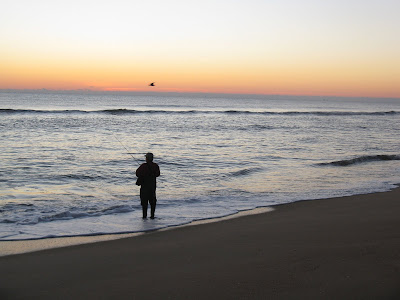 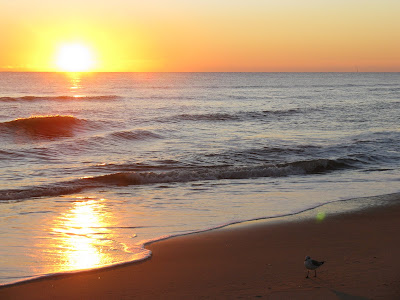 We stayed at our friend's beach house in Kill Devil Hills, which is one of our two usual hang-outs when we head beachward. Our friends the Bramwells are from our hometown Kailua, Hawaii, and when they moved to North Carolina about five years ago, the only way they could survive the adjustment was to get a small house near the beach so that they could get in their surfing, kite surfing and salt air fix. We've been lucky enough to stay there a number of times during the off-season, when they are no longer renting it out. The place is stocked with Hawaii memorabilia, sea shells, and Hawaiian music. We love staying there and it feels like an extension of home.

Here are the Hills, waiting patiently for the bacon to finish. 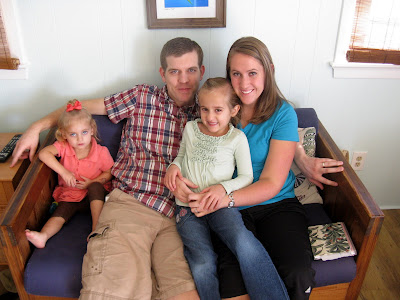 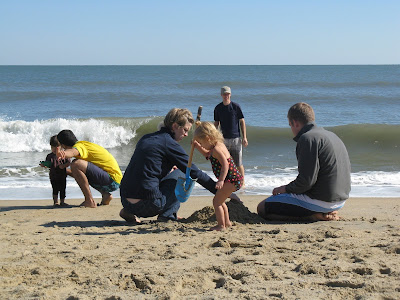 After breakfast, the first thing we did was head to the beach, where we stayed for hours, until we could no longer survive on our snacks and we needed lunch. It was a bit cool, but perfect weather for late October. We dug in the sand... 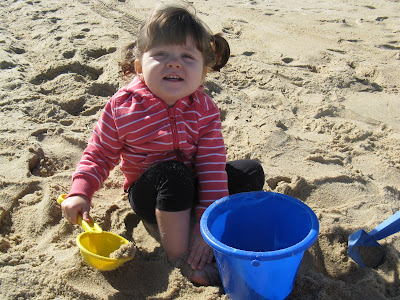 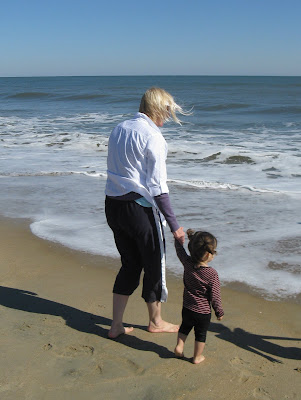 ...watched the ocean with Tutu and took mommy photos... 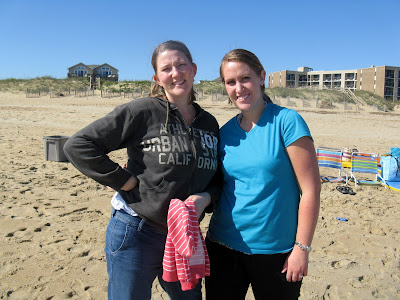 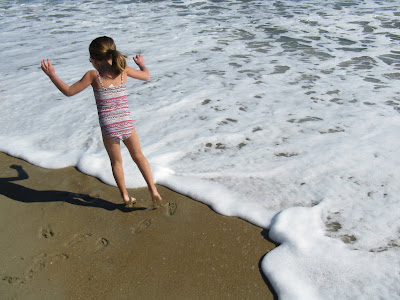 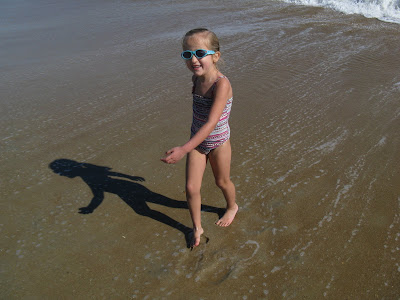 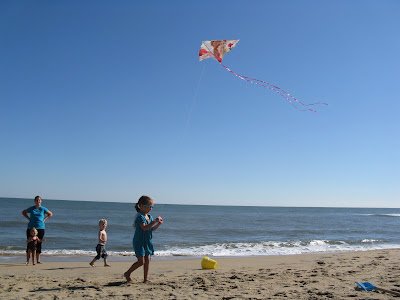 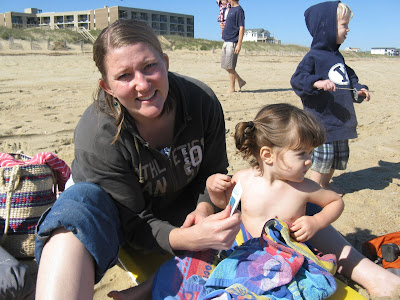 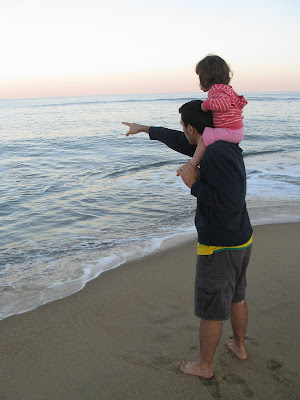 In the evening we went back to the beach as a group, and even saw dolphins! They are such beautiful creatures, but we had to capture them with our eyes and hearts because they were just too far away for decent photos. Luckily, my other models were up close and personal. I couldn't get enough of the colors of the champagne sky kissing that metallic green ocean in the background. I asked Marcos which of the following photos was the best so I could know which he wanted me to post, and he said that he gets reports that I don't post enough photos, and that I should leave all of them up. Problem solved. 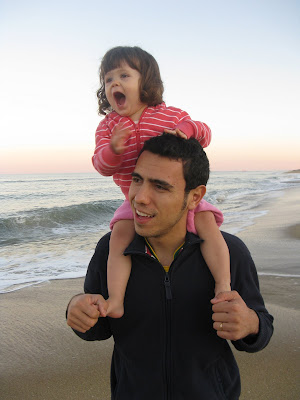 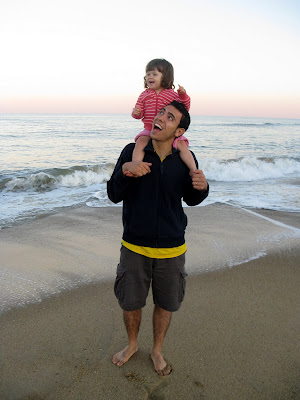 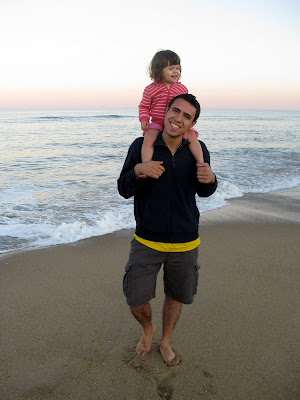 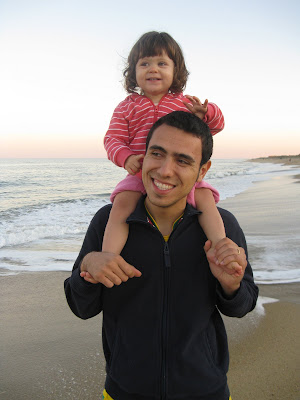 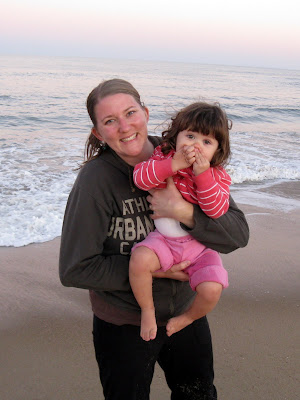 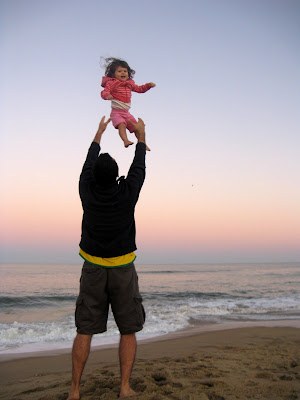 The next day was Saturday and the Hills were on for breakfast. I love these photos of the kiddos hanging out. 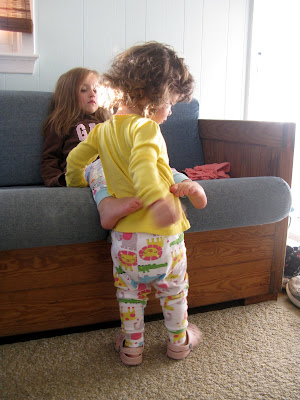 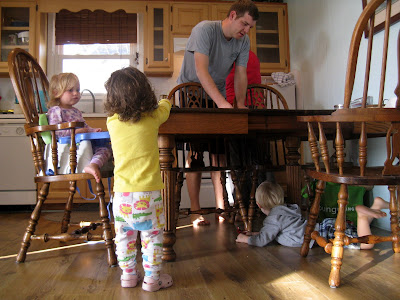 Saturday morning after breakfast we gave another valiant effort at a beach trip, but it was short lived. In one tiny day the weather had become windy and cold! 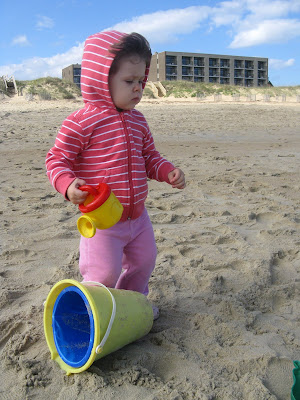 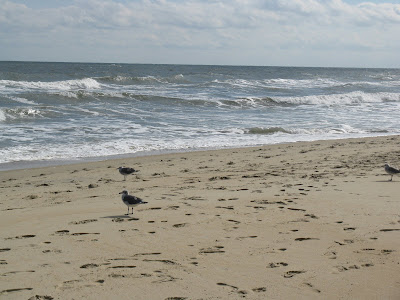 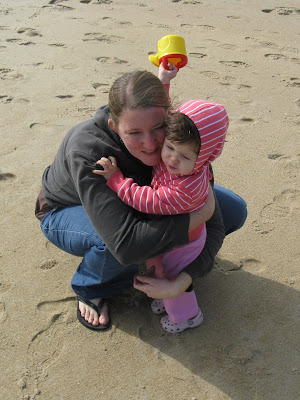 Which made it perfect for snuggling, catching all the thrift stores and beach stores I've always wanted to check out, and taking out the Bramwell's beach cruisers with my boyfriend. Cheeee-hoo! 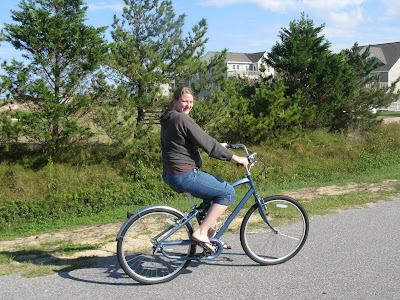 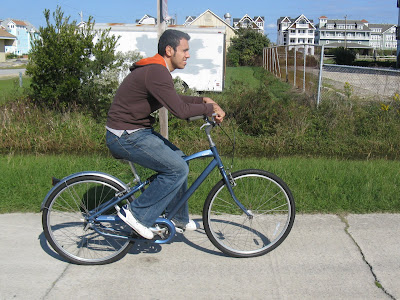 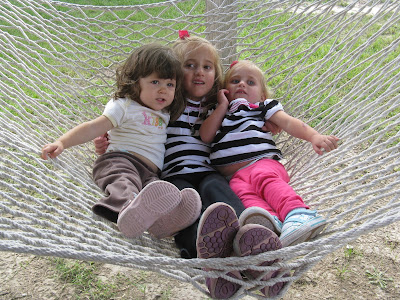 On Sunday we went to church at the ward out at the beach, and then headed home after a warm lunch! Thanks friends for making our beach trip exactly as full of relaxation, good company, beach time, fun and great food as we were hoping it would be.
Posted by Metta at 1:00 AM

Are you kidding me? Those pictures are amazing! I need to get back to the Outer Banks soon. Your family is gorgeous!